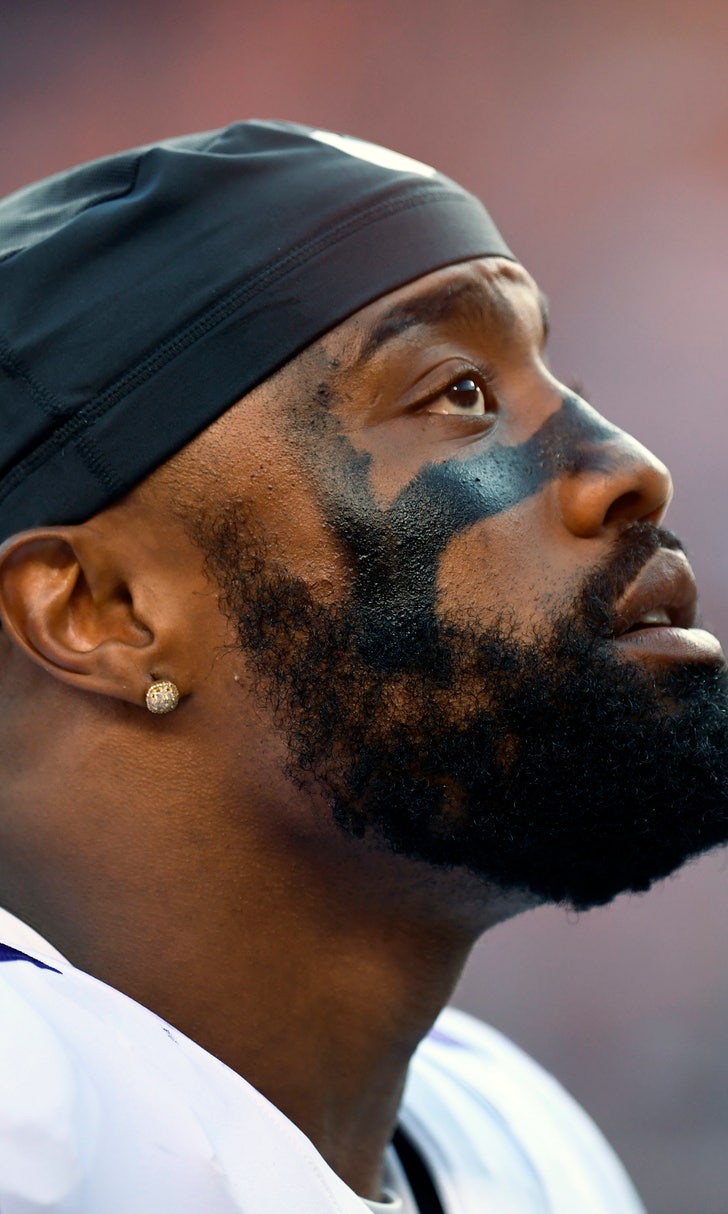 MINNEAPOLIS (AP) — Minnesota Vikings defensive end Everson Griffen has been sidelined indefinitely by an undisclosed situation that has caused concern within the organization about his well-being.

Griffen was ruled out on the pregame injury report against Buffalo on Sunday because of what was listed as knee trouble. When asked afterward why Griffen wasn't on the sideline, Vikings coach Mike Zimmer said the ninth-year player and three-time Pro Bowl pick was dealing with a "personal matter." He did not elaborate.

Griffen did not take part in on-field activities at team headquarters on Monday, and the reason for the absence on the injury report was listed as both the knee and "not injury related." KSTP-TV reported , citing unnamed sources, that Griffen was involved in a weekend disturbance at a downtown hotel. He was not arrested.

"We are aware of the situation involving Everson Griffen and certainly concerned by what we have heard," Vikings general manager Rick Spielman said Monday night in a statement distributed by the team. "We are currently focused on Everson's well-being and providing the appropriate support for him and his family."

According to Minneapolis police spokesman John Elder, officers were called to the hotel on Saturday after a man threatened physical violence. The man was departing the building upon their arrival, and after questioning he was released at the scene. Hotel staff members stated their satisfaction with the resolution of the situation.

Elder did not confirm that Griffen was the individual cited in the report.

Griffen, who was replaced by Stephen Weatherly in the starting lineup on Sunday, sat out for most of the offseason practices out of precaution for a knee injury. He missed a portion of training camp, too, an absence that Zimmer declined to discuss then. Griffen registered a half-sack in each of Minnesota's first two games to bring his career total to 62, which is 17th among active NFL players.

The 30-year-old Griffen is married with three sons, the youngest of whom was born about a month early on Thanksgiving Day last year shortly before the Vikings played at Detroit. Unable to return to Minnesota in time for the birth, Griffen watched via FaceTime from his phone before recording two sacks in that game.

Drafted in the fourth round out of USC in 2010, Griffen was arrested twice in three days in Los Angeles during the offseason after his rookie year. He credited Vikings teammates, coaches and front-office leaders for helping him mature and supporting him through the sudden death of his mother in 2012. Griffen became a full-time starter in 2014 and was voted a captain this season for the third straight year by his teammates.

Super Week 6 In The NFL
Fans have a chance to win $1 million this week. Jason McIntyre breaks down the Super 6 slate, including Bucs vs. Packers.
6 days ago

It's Time To Trust The Rams Again
As he lines up the four best bets for Week 6, Geoff Schwartz explains why the Rams might be better than many think.
6 days ago