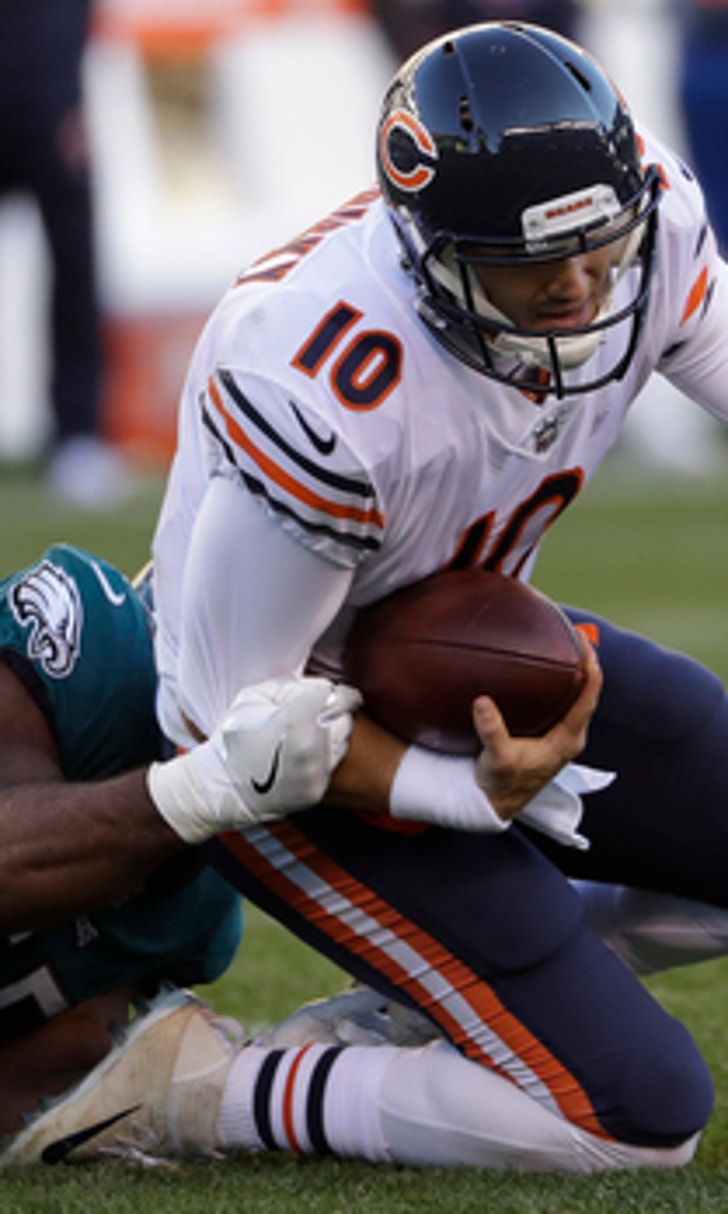 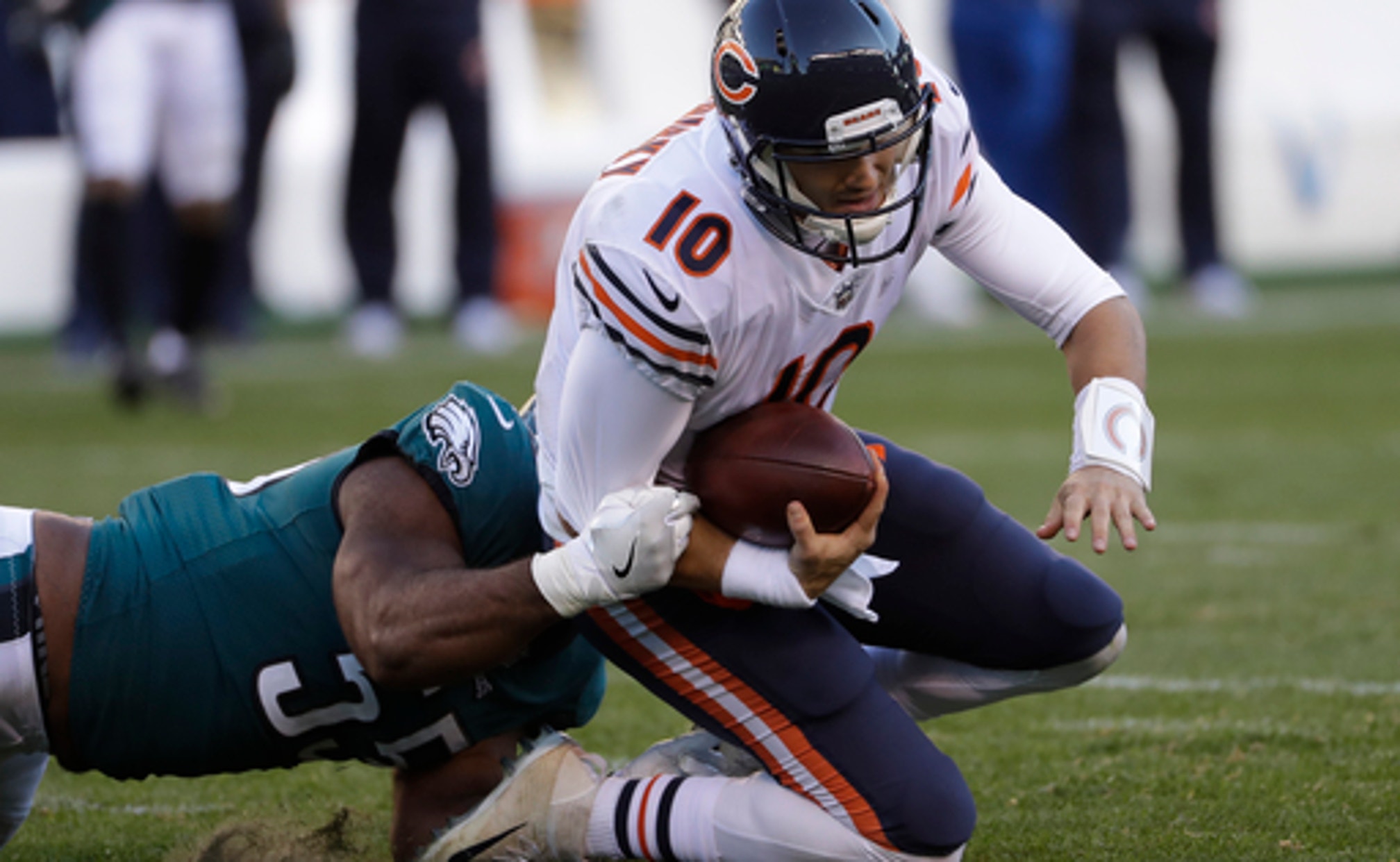 Trubisky looks to bounce back when Bears meet 49ers

LAKE FOREST, Ill. (AP) The Chicago Bears are piling up losses and quarterback Mitchell Trubisky understands what that means.

All eyes are on him.

''Everyone's looking toward you,'' Trubisky said. ''They're all seeing how you react and I love that because I feel like I know how to handle these situations and I still have all the confidence in the world in my guys that we can turn this around next week and we can really go on a run.''

The freefalling Bears (3-8) bring a four-game losing streak into Sunday's game against the San Francisco 49ers.

And Chicago's rookie quarterback looks to bounce back from his worst outing against the team that could have drafted him with the No. 2 overall pick.

The Bears instead made a bold move by trading up a spot with the 49ers to grab him. And the results so far have been mixed.

In the seven starts since he took over for the struggling Mike Glennon, Trubisky has shown at times a strong arm and the ability to extend plays with his quickness. But against Philadelphia last week, it was simply rough going.

Facing the team with the NFL's best record, Trubisky looked like an overmatched rookie.

He was 17 of 33 for 147 yards with two interceptions, two sacks and two fumbles. Poor footwork led to Trubisky overthrowing several receivers and posting a career-low 38.3 passer rating.

Offensive coordinator Dowell Loggains wouldn't pin it all on his quarterback, saying the receivers weren't always where they needed to be. Adding to the Bears' woes was the fact that they managed just 6 yards rushing - the second-lowest total in franchise history.

Trubisky also found himself under pressure behind a shaky line even though the Eagles didn't blitz much. But he reverted to some of his college habits when it came to his footwork.

''He got caught bouncing a little bit,'' Loggains said. ''You know it was a tendency he had in college and we talked to him a lot about keeping his shoulders and head still. And he did get hoppy a little bit, and there were some throws that were errant because of that and something we're going to keep working and grinding on that way.''

Trubisky has been spending extra time working on his footwork and reviewing video. He seems level-headed and is maintaining a positive approach even though things aren't going well at the moment for him or the team.

He ranks last among regular quarterbacks with a 52.8 percent completion rate and has been sacked 19 times. The Bears, meanwhile, have wiped out the good will they were starting to build.

Back-to-back wins followed by a tight loss at New Orleans left them feeling pretty good heading into their bye. But the three games since then have been discouraging.

''(Teammates) know that I'm buying in even more, I'm working even harder and they know that I care about this team and my teammates and that we're going to get this thing right and hopefully that kind of behavior is contagious,'' Trubisky said.

''And I believe it is and just being around the locker room, being around those guys, talking to them one-on-one and just seeing how they feel. We're still positive. We still have good confidence. And that just needs to carry over each day. Have good practices and go out there and try to get a win on Sunday.''

NOTES: ILB Danny Trevathan (strained calf) returned to practice Wednesday on a limited basis. He was injured Oct. 29 at New Orleans, leaving the defense without the signal caller the past three games. ''I thought he looked good today,'' Coach John Fox said. ''Anytime you have a starter out it can be problematic. But the rest of the players have to carry the load. It would be good to potentially have him back this week.'' ... Fox said the Bears' decision to waive WR Tre McBride on Tuesday was about ''churning the roster.'' He would not say if McBride was involved in a heated argument in the hallway on Monday that reporters overheard. ... The Bears are bringing back LB Lamar Houston, claiming him off waivers from the Houston Texans. The 30-year-old Houston appeared in five games for the Texans. He played for Chicago from 2014-16 before being released on Sept. 6. 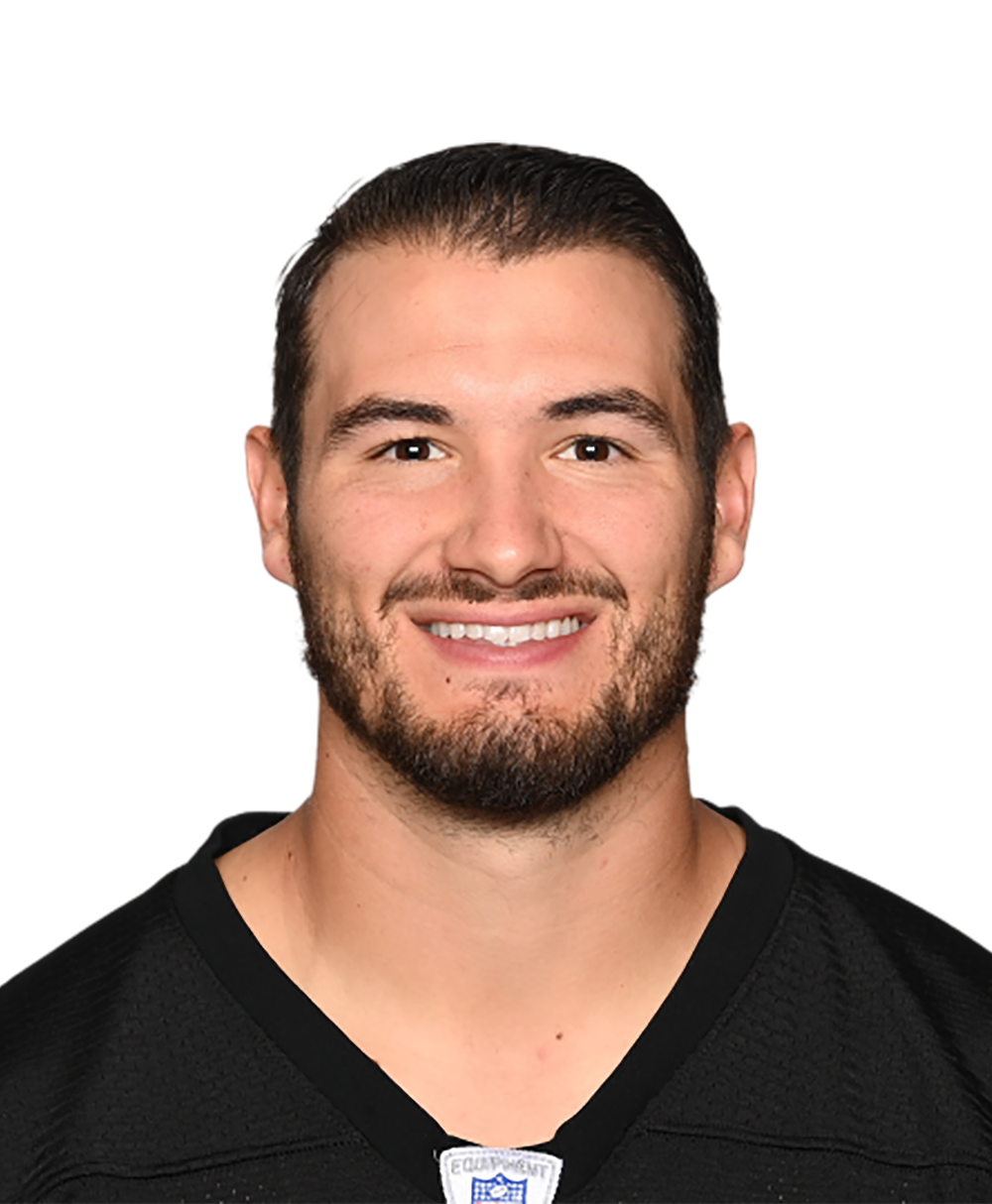 NFL's Top Plays of Week 3
The early window of Week 3 was a whirlwind of chaos, comebacks, and epic moments. Follow along, updating live.
18 hours ago