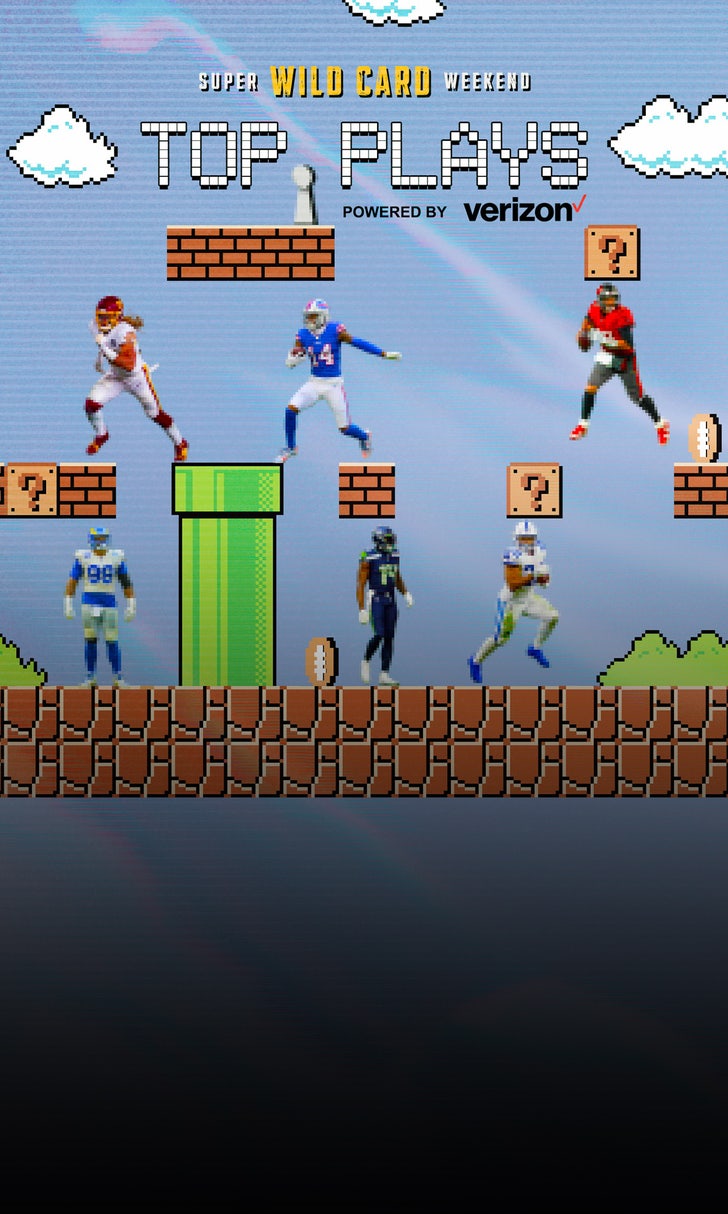 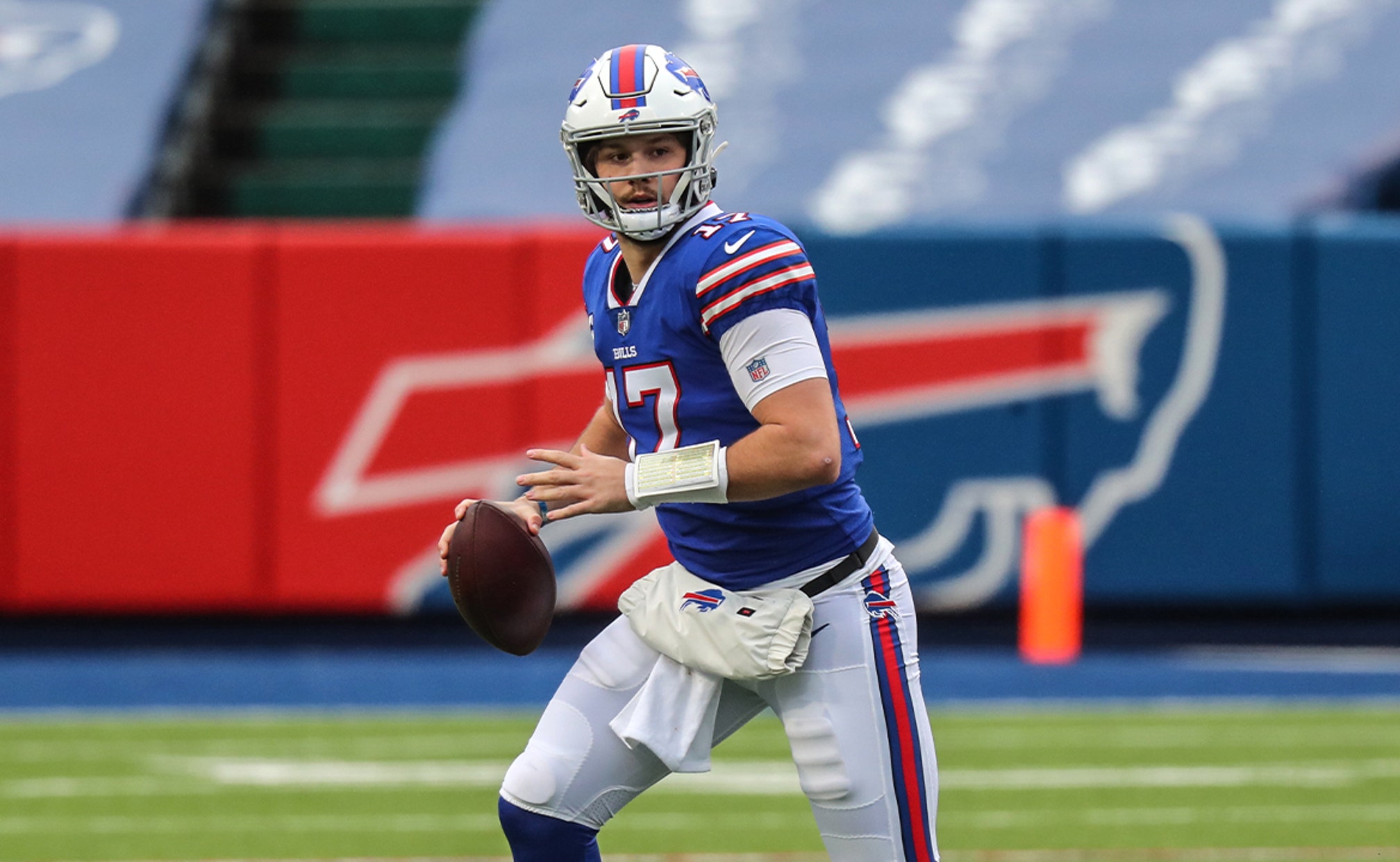 Playmaking becomes a little more vital once the postseason hits.

Saturday represents the first day of the 2020-21 NFL playoffs, and it started with a bang as the Buffalo Bills held off the Indianapolis Colts in an instant classic, followed by NFC tilts between the No. 6 Los Angeles Rams and No. 3 Seattle Seahawks, and the No. 5 Tampa Bay Buccaneers traveling to take on the No. 4 Washington Football Team.

Here are the biggest moments from the opening day of Super Wild Card weekend!

Heinicke's elusiveness in the pocket resulted in a touchdown for the Washington Football Team, and drew them within two points of the Buccaneers.

And the magic from Heinicke continued into the fourth quarter, throwing a dime to Steve Sims Jr. in the corner of the endzone.

Sean Murphy-Bunting takes it away

Taylor Heinicke got the start for the Washington Football Team against the Tampa Bay Buccaneers.

And in the first quarter of his first playoff start, Buccaneers quarterback Sean Murphy-Bunting welcomed him to the main stage with an early interception.

The Buccaneers wide receiver had been on fire the last three weeks of the regular season, scoring four touchdowns, and that momentum carried over into this playoff matchup with him scoring in the first quarter.

Aaron Donald holds it down

The Rams defense dominated all day long, shutting down the Seahawks and Russell Wilson – most notably Aaron Donald, who despite exiting with an injury, made noise early.

The internet had something to say about Donald.

Wilson recovered from the hit, and floated a beauty to Tyler Lockett, who brought it down with one hand for 24 yards.

Unfortunately, it resulted in one of many three-and-outs for Seattle.

Kupp with the catch

Cooper Kupp had the biggest play of the day when he went up and over for the 44-yard grab.

The Rams were able to capitalize with another field goal, as those were in full supply.

Darious Williams with the house call

Williams read Russell Wilson perfectly and swooped in for the interception, taking it back the other way for six.

The first touchdown of the day finally came at the 6:46 mark in the second quarter, with Los Angeles leading, 13-3.

Wilson shook it right off, and came back strong, scrambling for 17-yards and the first down.

And then, on second-and-14, Wilson uncorked a 51-yarder deep downfield for a DK Metcalf touchdown.

Unfortunately for the Seahawks, that burst of offense represented most of what Seattle could muster on Saturday.

Cam is a running man

Los Angeles running back Cam Akers snagged the short pass from Jared Goff and skipped down the sideline for 44 yards.

And Akers didn't stop there, tallying 131 yards rushing on the day.

Los Angeles completely kept Wilson from cooking, and Jalen Ramsey was a shadow on Metcalf all day long.

The internet couldn't help but marvel at Ramsey's defense.

Woods somehow brought this down with his tippy toes for a 7-yard pickup, just shy of a first down.

While the Rams were unable to convert, the grab put them well within field goal range, as kicker Matt Gay made his third of the day.

The Rams forced a fumble on Seattle's punt return, and recovered for a huge play with 4:46 left in the fourth quarter.

And the Rams capitalized with a four play, 36 yard drive culminating in a 15-yard play action pass to Robert Woods to lay six more points on.

Wilson fired a second touchdown to Metcalf with 2:28 left in the game to cut the deficit to 10, but it was too little, too late.

One more for the Rams defense

The Seahawks threatened a comeback, but Los Angeles' defense came up huge again with another big-time stop to lock up the Wild Card win.

The first big pass play from Josh Allen to superstar wide receiver Stefon Diggs was in the books early in the Bills' win.

A few plays after that dime to Diggs, Allen faked the run, and as he going down, he tossed – literally – this touchdown pass to Dawson Knox, giving Buffalo a 7-3 lead.

The internet liked this play, and it also likes Allen.

Jonathan Taylor had a stellar playoff debut, finishing with 78 yards and his first postseason score.

The future looks bright for this young star in Indy.

The Colts took an early 10-7 lead in Buffalo, forcing the Bills into three three-and-outs in their first four possessions.

However, with first-and-goal from the Buffalo 4-yard line, the Colts were unable to put points on the board, turning the ball over on downs, a huge stop for the Buffalo defense.

First, the Bills stopped Taylor on third down.

And then, Philip Rivers' pass to Pittman was a little long on fourth down.

Not many agreed with the call to go for it on fourth down as opposed to kicking the field goal.

Yes, this was a work of art from Gabriel Davis.

The officials reviewed the call but ultimately ruled it a completed pass.

Even Allen knew that was a close one.

Allen and Davis connected again on the same drive, with Allen avoiding the pressure and throwing across his body for the completion.

After a field goal gave Buffalo a 17-10 lead early in the second half, the Colts responded with a 14-play drive that drained 7:33 off the clock.

However, that drive ended with nothing to show for it, after Rodrigo Blankenship missed a 33-yard field goal attempt.

These two are as dynamic as it gets.

The Colts on the rebound

Seven plays after that Allen score, Philip Rivers hit Zach Pascal for a 9-yard touchdown to keep Indy in the ballgame.

But instead of kicking a field goal, the Colts decided to go for two.

That decision that didn't work out all too well.

After the Colts cut the Bills' advantage to eight, Tyler Bass booted in a 54-yard field goal to give Buffalo an 11-point lead with 8:08 to go.

We had a barn-burner on our hands, after this 27-yard TD pass from Philip Rivers to Jack Doyle, Buffalo's lead was cut to three.

On fourth-and-10, with 50 seconds to go and the Colts attempting to make their way into field goal range, Rivers hit Pascal for 19 yards, giving Indy a first down.

However, after making the sliding catch, Pascal got up and attempted to gain a few extra yards, but was stripped of the football.

The officials reviewed the play to see if it was a fumble, but Pascal was ruled down.

Whatever your feelings on the fumble-that-wasn't, it did not come back to haunt the Bills, who won their first playoff game since 1995.