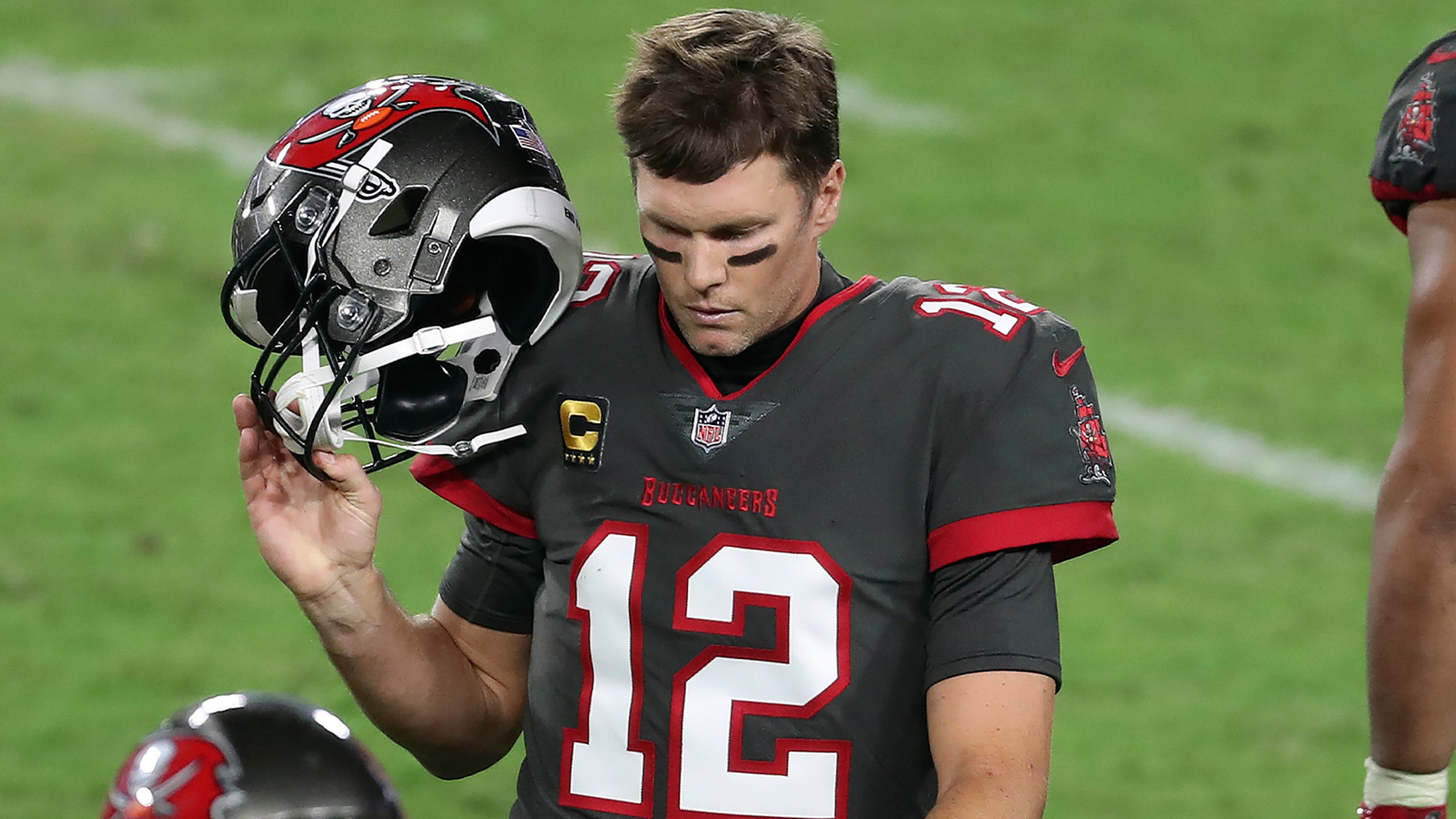 For Tom Brady and the Tampa Bay Buccaneers, it might be time to take a lengthy look in the mirror.

Following a 27-24 loss against the Los Angeles Rams ⁠— in which Brady went 26 of 48 for 216 yards, two touchdowns and two interceptions ⁠— questions are starting to be asked of Tampa Bay's star quarterback.

And if you thought the Buccaneers might be presenting a united front in the face of adversity, think again.

Buccaneers head coach Bruce Arians did little to stand in the line of fire and deflect attention away from Brady after the loss.

Brady's issues appear to run deep ⁠— literally. His deep passing has completely evaporated in the past few weeks, with an 0-19 mark on attempts traveling 20 or more yards in the air in his past four games.

Going back to Week 5, Brady has as many interceptions (3) as he does completions in 36 attempted deep passes.

For Shannon Sharpe, 95 percent of the blame for Monday night's loss lands at Brady's Hall of Fame-bound feet.

"Tom Brady has not been good this year ... You throw the ball 48 times, you have slightly more than 200 yards. Is that good or bad? Now, this is what we know here: Brady was inaccurate all night ... He's got happy feet. He doesn't want to get hit."

And as Nick Wright pointed out, getting to Brady is exactly how teams can sink Tampa Bay's offense, and that's why they sit at 7-4.

"We know what the Bucs are. They can't deal with pressure on the quarterback ... They fall apart when that happens ... They are what they were always going to be — a decent team with a limited quarterback."

But does all the blame fall on Brady? Despite his lows this season, he's also had a number of breathtaking highs ⁠— his four-TD, 369-yard outing in a win against the Raiders, for example.

Colin Cowherd laid out why he believes Bruce Arians needs to shoulder some of the blame when it comes to Tampa Bay's shortcomings.

"I don't really get stubborn people that go back to the same old thing when it doesn't really work ... 66 plays by Tampa, six had motion. At some point, Bruce Arians, look around the league. Put guys in motion ... That was a coaching mismatch."

On the bright side, the Buccaneers are in a good position to claim one of the two Wild Card spots in this season's expanded playoffs.

Outside of a date with the Chiefs this Sunday, the Bucs face four teams ⁠— the Vikings, Lions and Falcons twice ⁠— with a combined winning percentage of .350.

And while just making the playoffs has never been the standard for the six-time Super Bowl champ, it might just be time to recalibrate expectations for the 43-year-old QB.