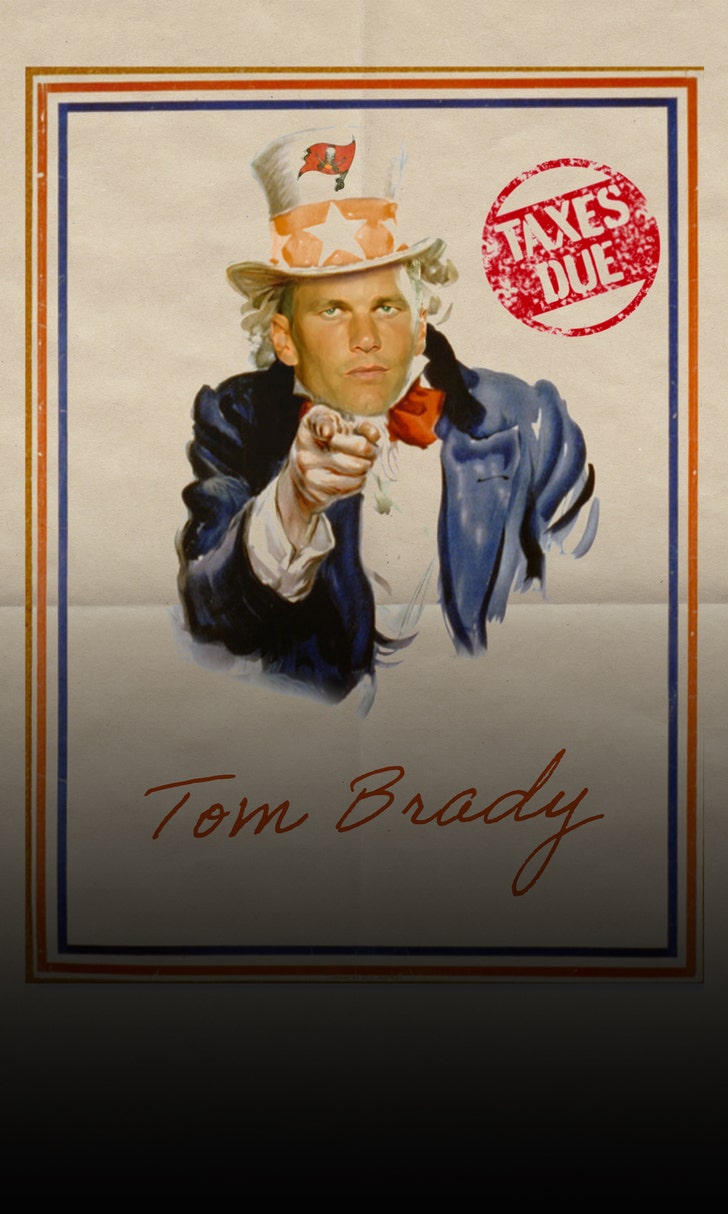 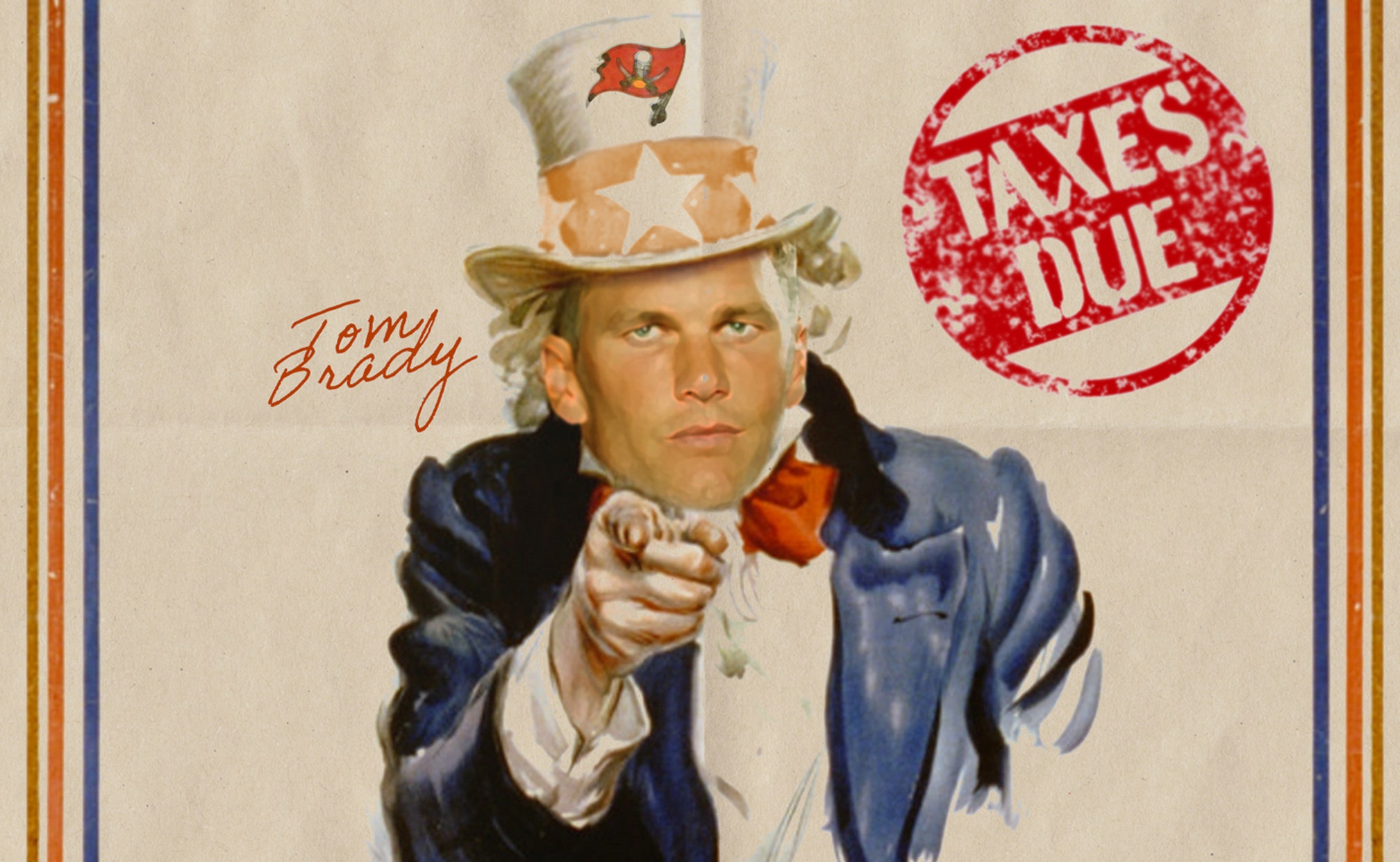 [Ed. note: Sammy P is a sports betting analyst and reporter for NESN who has joined FOX Sports as a regular contributor for sports wagering content.]

Armed with six Super Bowl rings and a legacy of success that every football player dreams about, Tampa Bay Buccaneers quarterback Tom Brady is a popular guy in American sportsbooks.

Love him or hate him, people bet on Brady with their hard-earned money, which is truly the ultimate sign of respect. For two decades, sportsbooks have written endless tickets in the fall and winter months on Brady-led football teams. And behind the counter, there’s more inflating than deflating when it comes to the betting line.

"He is what Michael Jordan was to basketball," longtime Las Vegas oddsmaker Dave Sharapan told me. "It doesn’t matter what the line is. There are guys that just defy logic and attract action.

"Whatever you think the number is on a Brady game, you have to add a point or two every time and even that might not be enough. It hasn’t changed because he’s in a Tampa uniform either."

Now, Brady’s success rate against the spread is much stronger in the regular season (176-116-7 against the spread) than it is in the postseason (21-19-1 ATS). That’s because sportsbooks consciously make the bettors pay a premium in the playoffs.

They know you’re going to bet on Brady — and that you probably don’t care what the spread is.

"You can overextend or add a Brady tax and take a bet or two back because the sharps are the only ones betting the other side." 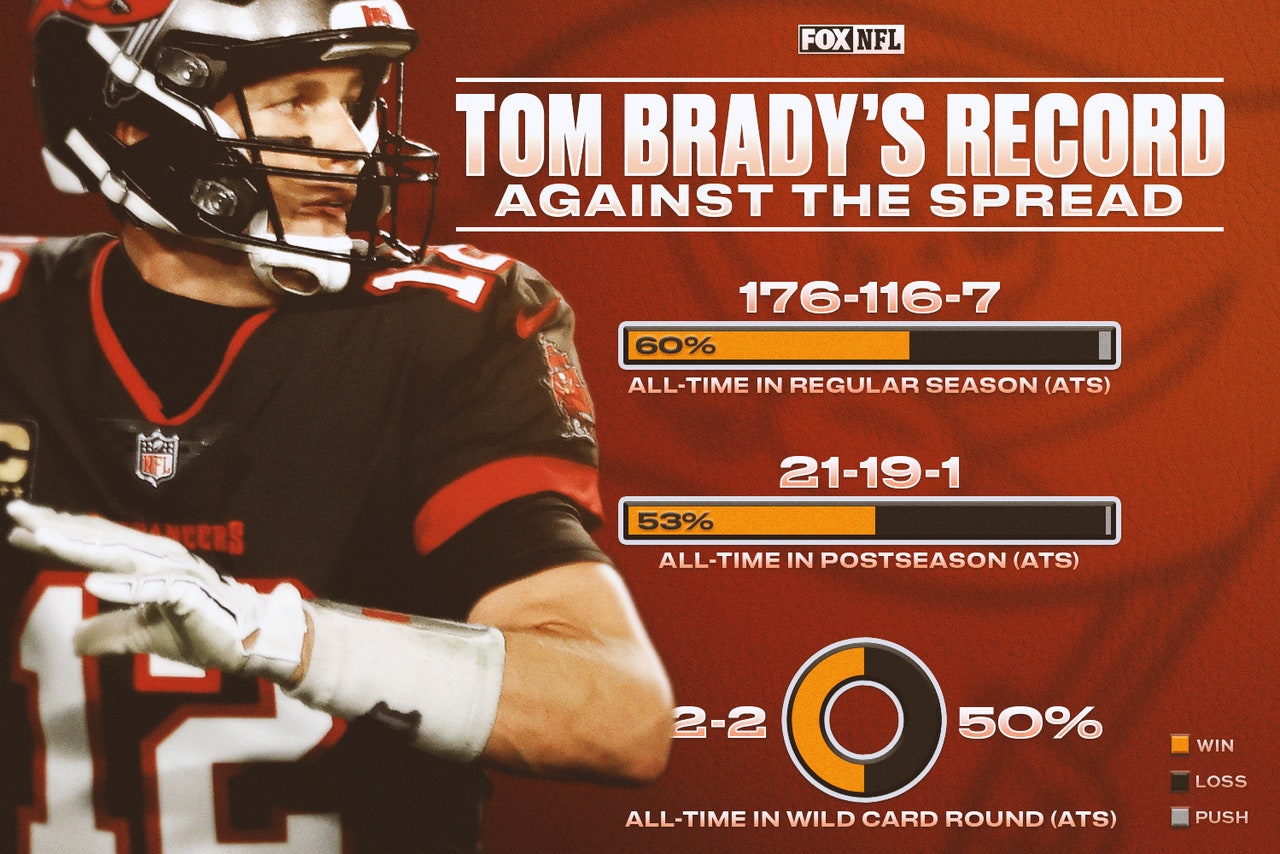 Brady-led teams are just 2-2 ATS all-time in the Wild Card round, which really is wild. Quarterbacking in only four Wild Card games over the last 20 years proves how good he had it in New England when the Patriots earned that precious first-round bye almost every single season.

Which brings us to this weekend. FOX Bet opened Tampa Bay as a seven-point road favorite in Saturday’s Super Wild Card matchup with the Washington Football Team. That number had already moved to Tampa Bay -9, with a point total of 44.5, before being bet back down to 7.5.

I love the Under because of Washington's burgeoning defensive line. They have the strength in the strenches to muddy Brady's pocket with Jonathan Allen, Daron Payne, Montez Sweat and Chase Young coming from all angles. Ron Rivera's best recipe is to pressure Brady with everything he's got and make him uncomfortable. Everybody knows the Football Team isn't winning a shootout so they've gotta muck this sucker up.

"Every book in the world is going to need Washington," Sharapan said.

It wasn’t always that way, though. When Brady first entered the fold back in 2001 after an injury to then-Patriots starting quarterback Drew Bledsoe, bookmakers didn’t take the sixth-round pick all that seriously.

And why would they?

"I didn’t think it was going to work," Sharapan admitted. "Bledsoe to Brady was a huge drop-off. It was gigantic. I didn’t believe in him right away. A lot of guys thought it was a fluke.

"Remember, that Patriots defense was loaded in the beginning. Tom Brady wasn’t born overnight. He was doing it with guys that were average NFL offensive players for a long time. But they kept putting away the Colts and Steelers in the postseason. Then from 2009 on, I can’t ever remember the book needing Brady in the playoffs. Ever."

Although impossible to quantify, hypothetical point spreads are fascinating to discuss with an oddsmaker. Brady is clearly one of the best quarterbacks to ever strap on a helmet, but how does he line up against the all-time greats from a betting perspective?

"The one guy that could give him a run would be Dan Marino. If both teams are the same and Brady and Marino are the two quarterbacks, Marino has a shot. That’s just how people would bet it. There aren’t too many people out there that would bet another quarterback over Brady."

Bookmakers are usually thinking three steps ahead. They’re constantly throwing numbers against the wall with their peers and seeing what sticks. It’s checks and balances, betting style. The books are already bracing for a potential Brady-Rodgers showdown next weekend at Lambeau Field.

"Assuming Tampa beats Washington, they’ll likely head to Green Bay next weekend and they’ll be the public dog," Sharapan predicted. "The books will need the Packers as a favorite. The sharps will lay the points and everybody else will take Tampa. It’ll most likely be the end of Tampa’s season."

Lastly, Brady’s amazing ability to perform in the clutch for so many years has a serious effect on the in-game betting space. Bettors salivate at the chance to bet on Brady when his team is either tied or trailing. All those second half comebacks are stored in the back of our minds.

Sharapan ended our conversation with a story about writing an avalanche of Patriots in-game bets last postseason against the Tennessee Titans. That was the game that ended the Brady-Belichick regime and caused New England to turn the page away from their franchise quarterback.

"I was booking that in-game last year," Sharapan recalled. "They couldn’t stop betting the Patriots when they were down. I was watching the same game and Brady’s arm was dead. They were dead. We were still booking non-stop bets on New England.

"People just don’t believe that he can lose. I’m watching the money pile up and thinking to myself ‘wow this is going to be a great decision for us.’ It was one of the best in-games I ever booked. They bet him all the way down ‘til the end.

"If he’s down at halftime [against Washington], it’s going to be the biggest halftime decision of the weekend," Sharapan estimated. "That Monday night game earlier this year against the Giants? It was the biggest halftime of the season to that point because it was Brady in a close game at half. Everybody fired. Everything is magnified when he’s in the game. And he’s earned it all. Until he retires, he’s still Tom f---ing Brady."

Best Bets For The NFL Divisional Round
Baker to cover vs. the Chiefs? The Ravens over everyone's Cinderella? Jason McIntyre breaks down how to win this weekend.
2 days ago
those were the latest stories
Want to see more?
View All Stories
Fox Sports™ and © 2021 Fox Media LLC and Fox Sports Interactive Media, LLC. All rights reserved. Use of this website (including any and all parts and components) constitutes your acceptance of these Terms of Use and Updated Privacy Policy. Advertising Choices. Do Not Sell my Personal Info