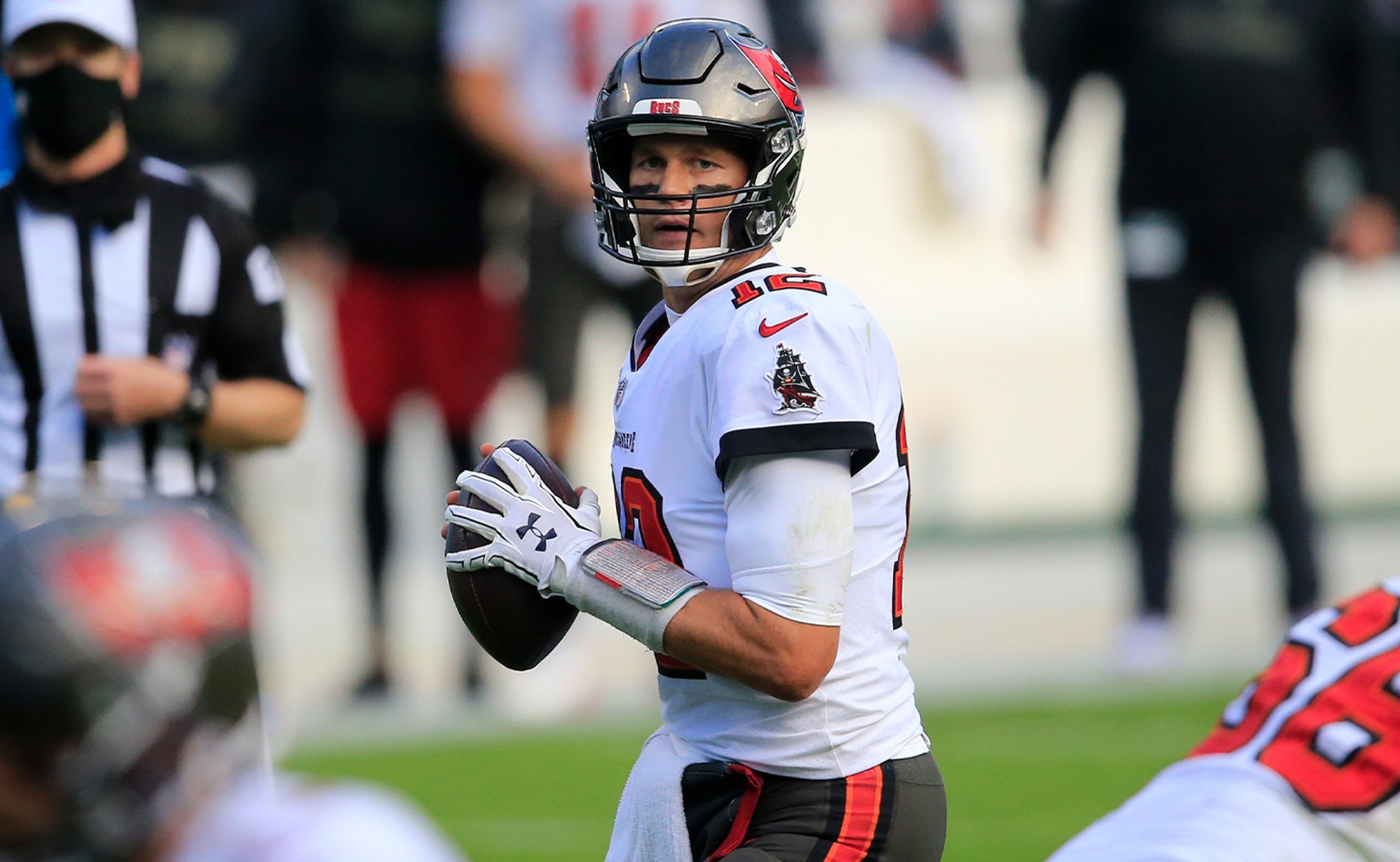 Tom Brady got the Tampa Bay Buccaneers back on track with a big win over the Carolina Panthers, while Aaron Rodgers and the Green Bay Packers held off a feisty charge from the Jacksonville Jaguars on Sunday.

Also, Nick Chubb made the strategic decision to step out at the one-yard line rather than score a late touchdown, much to the chagrin of fantasy players (and bettors) alike.

Here are all the major takeaways from the early window of Week 10:

After losing a fumble on their first possession, things looked bleak for the Buccaneers to start against the Panthers. Carolina converted that turnover into the points, with Teddy Bridgewater finding Colin Thompson for a touchdown on his first career touch.

Bridgewater kept dealing, but Brady matched him and then some, as the two QBs traded punches throughout the game until Bridgewater exited with an apparent knee injury in the fourth quarter.

The biggest highlight for Tampa Bay came in the third quarter, when Ronald Jones burst for a 98-yard touchdown run, the longest offensive touchdown in franchise history.

It was a welcome sight for Tampa Bay after the Bucs suffered a humiliating offensive performance in a 38-3 loss to the Saints last week, a game in which they rushed for eight yards on five carries.

The Green Bay Packers had a dicey showing against the Jake Luton-led Jaguars, but managed to eke out a 24-20 win at home.

Down 20-17 in the fourth quarter, Rodgers hooked up with the ever-reliable Davante Adams for yet another touchdown, his fourth straight week catching a TD pass and his seventh in four games.

Earlier in the game, Rodgers found Marquez Valdez-Scantling for a nifty score. MVS ended the day with four catches for 149 yards, one touchdown and one referee juked into oblivion.

Wide receiver Keelan Cole stood out for the Jaguars, returning a kick for a touchdown and getting on the end of a Luton pass for another.

Ultimately, Green Bay’s defense clamped down when it mattered most and sacked Luton on back-to-back plays before the Jags turned the ball over on downs and the Packers kneeled out the rest of the clock.

If you said the weather was the most interesting part about Cleveland’s 10-7 win over Houston, you might not be far off. Unless you had money riding on the Browns to cover.

After severe weather delayed the start, both teams labored through on offense for the bulk of the game.

The Browns had an ugly win sewed up in the fourth, courtesy of a Nick Chubb touchdown and a Cody Parkey extra point, but Chubb broke many a bettor’s heart when he turned down the opportunity to boost Cleveland’s lead.

If you owned Chubb in fantasy football or had the Browns to cover, support groups are meeting on Twitter right now.

An injury to Kyle Allen put Alex Smith in line for his first start since a gruesome leg injury in 2018. It was a compelling moment to see him trot onto the field for his first snap.

While Smith received significant game action last week, he still appeared pretty rusty in a 30-27 loss to the Detroit Lions, though he did put up some volume numbers in a late comeback attempt.

Washington trailed 24-3 in the third quarter before a trio of touchdowns from Antonio Gibson and JD McKissic, and an extra point from Dustin Hopkins, knotted the contest at 24 apiece in the fourth.

The Lions responded with a field goal, before Washington did the same in the final minute to push the game toward overtime.

But Matthew Stafford, who finished with 276 yards and three TDs, did enough to get the Lions into striking distance with a roughing the passer penalty proving deadly for Washington. When all was said and done, Matt Prater stepped up to hit a 59-yard game-winner and spare the Lions a bitter loss.

It’s looking increasingly likely that the winner of the NFC East will finish well below .500.

Coming into Sunday, the Eagles sat atop the division at 3-4-1, and still hold a slender edge in the race following a 27-17 win for the Giants.

The division is looking mighty unappetizing – and congested.

As for Sunday, Daniel Jones exorcised a demon from Week 7 – who could forget his stumble? – with a touchdown run to get the scoring started for the Giants.

He was an efficient 21-for-28 through the air for 244 yards, but didn’t have a TD pass. Running back Wayne Gallman did the bulk of the scoring from there on, finding the end zone twice on the ground.

On defense, the Giants kept Carson Wentz at bay with 208 passing yards on 21-for-37 passing.

Frustrated offensively, the Eagles failed to convert a single third down, while four Eagles wideouts combined for just 10 catches and 94 yards.