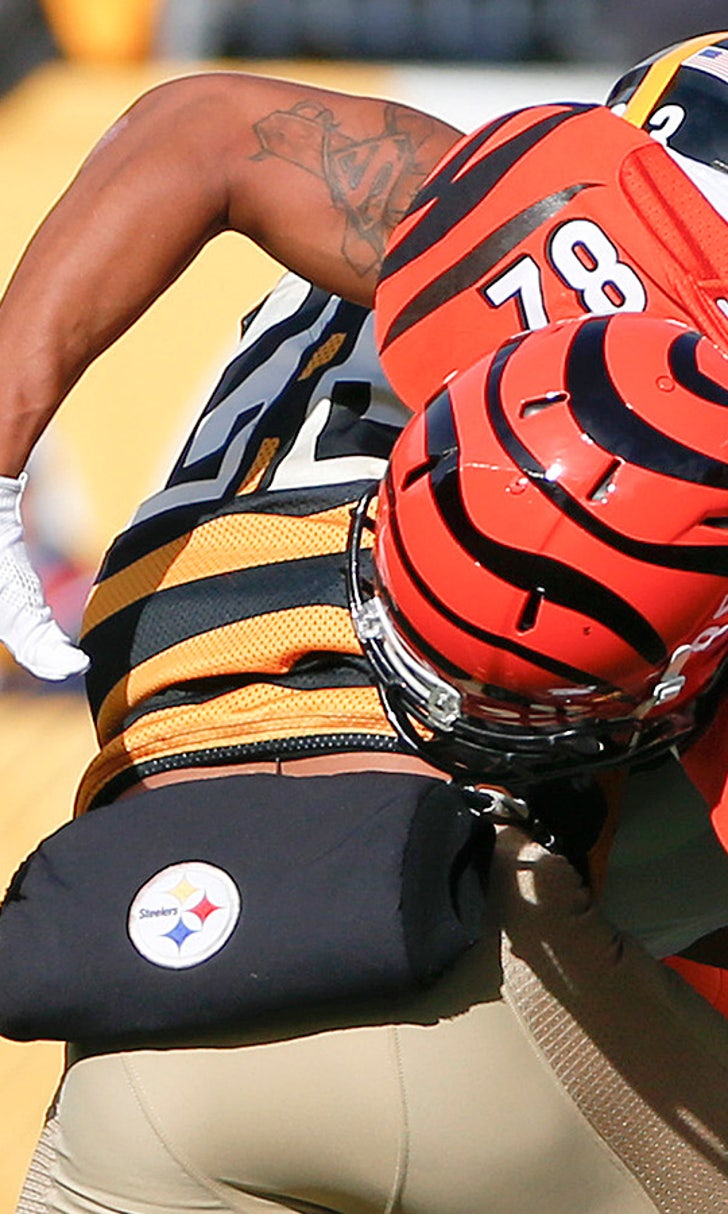 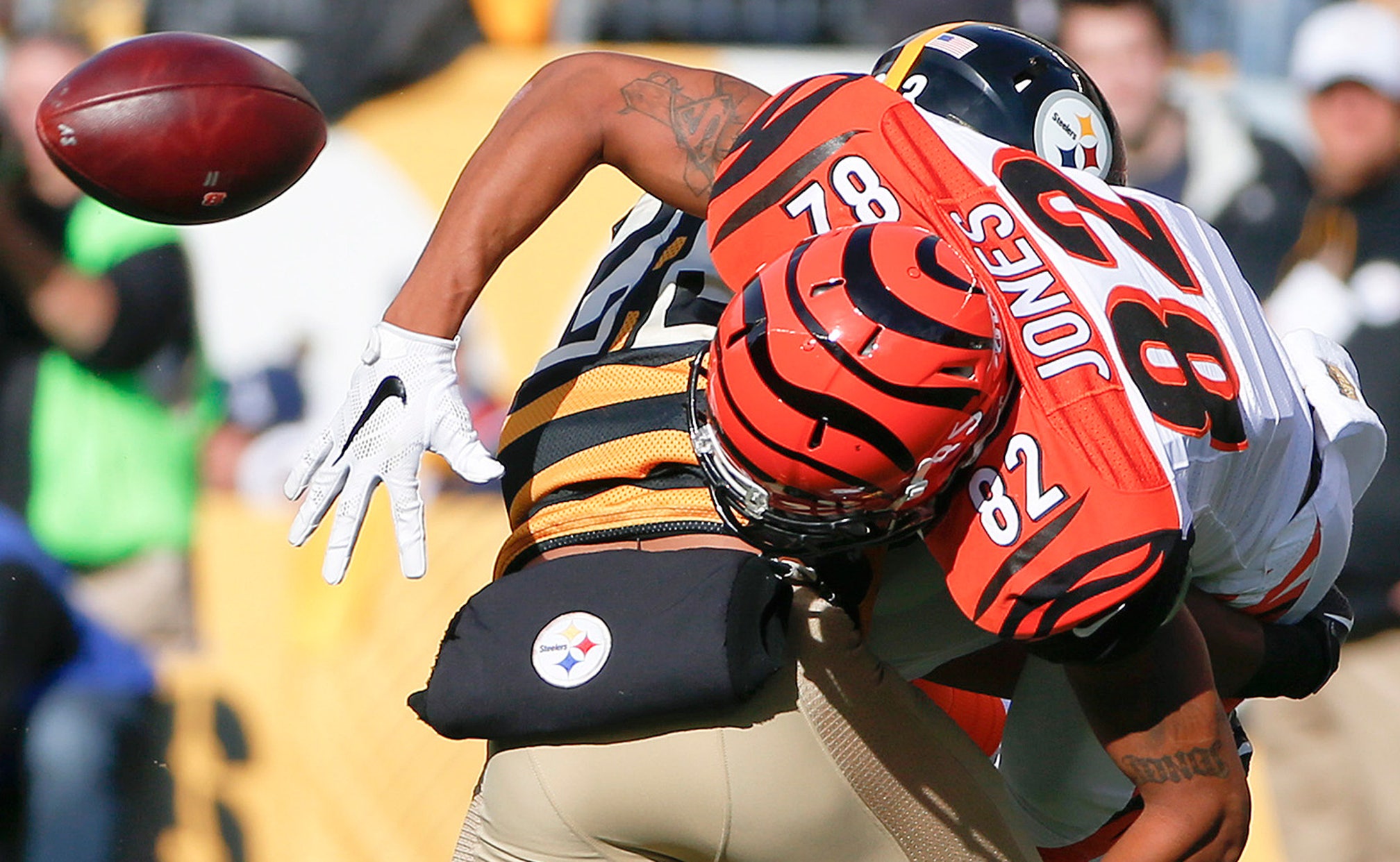 PITTSBURGH (AP) Keith Butler can come clean now. The Pittsburgh Steelers defensive coordinator had no clue what was coming this fall while trying to piece together a revamped secondary after Troy Polamalu and Ike Taylor faded into retirement.

''I didn't know what I had,'' Butler said in his typically folksy drawl.

Turns out, more than he thought.

While the numbers aren't particularly impressive - the Steelers (6-4) are 27th against the pass and let Johnny Manziel revive his career by moving up and down Heinz Field last Sunday - Butler is encouraged by the responsible recklessness he sees.

For all the yards Pittsburgh is giving up, the one thing the Steelers are pretty stingy with is points. Pittsburgh is only giving up 19 a game, one of the main reasons the Steelers head into their bye week with the top wild card spot in the AFC despite a spate of injuries on offense.

''I don't think we're as bad as people thought we originally were,'' safety Mike Mitchell said. ''This is what we expected to be done and there's still tons of room for us to improve.''

Between the 20s at least. Not so much inside the red zone, where touchdowns for opponents have been difficult to come by. The Steelers are allowing teams to cross the goal line on just over 50 percent of their red zone possessions, good enough for 10th in the league. The last time Pittsburgh finished in the top 10 in defensive red zone touchdown percentage, it reached the 2011 Super Bowl.

Mitchell isn't quite ready to call the Steelers contenders, but they are playing with an edge they've lacked in recent years as the core that led to three Super Bowl appearances in six seasons was phased out and the next wave was brought in.

Sacks are up. Turnovers are up. So are the ''splash plays'' coach Mike Tomlin so dearly covets.

Limited by nagging groin trouble last year, Mitchell is back to playing the role of hammer that made Pittsburgh sign him to a five-year, $25 million deal in the first place. It's a responsibility Mitchell savors, one he's learned to handle without having to write checks to the league office, a common occurrence early in his career when he would be fined regularly for illegal hits.

''I think I'm just trying to play smarter and the rules are the rules,'' Mitchell said. ''It makes you feel a certain type of way when you know you're going low on a guy but I can't continue to donate and risk penalizing my teammates.''

Mitchell is doing more than making hits. His three interceptions are one off his career high and they tend to come in important moments. He sealed a victory against Arizona last month by picking off Carson Palmer in the end zone late in the fourth quarter and put an end to any hopes of a Cleveland rally when he stepped in front of a fourth-down Manziel pass last Sunday.

It was the second red zone trip by the Browns that ended without Cleveland coming on for an extra point. The Browns had first-and-goal at the Pittsburgh 10 in the first quarter only settle for a field goal after coming nowhere near the goal line. Mitchell's pick came at the end of a sequence in which the Browns somehow turned a first down at the Pittsburgh 1 into fourth-and-goal from the 7.

Call it the byproduct of a near relentless fixation on short field situations during the offseason. The Steelers start nearly every practice with a drill called ''seven shots.'' The offense gets the ball at the 2 and the defense has seven plays to get at least four stops, the equivalent of a win.

The secondary is forced to rely on that confidence thanks to Butler's commitment to the blitz. It forces the defensive backs into plenty of one-on-one situations, sparring battles they are winning just as often as not. And even when the opponents do come down with the ball, it can come with a hefty price. Between Allen and Mitchell the Steelers have two savvy veterans who aren't afraid to light up a wide receiver when given the chance.

''It's got to be legal and as long as it's legal I've got no problem with it,'' Butler said. ''It gives (opponents) an idea of what they're going to get if they get stretched out over the middle.''

NFL's Top Plays Of Week 2
Check out all the best action from Sunday in the NFL, live and updating as it happens!
1 hour ago

Marshall's Keys: Patriots vs. Seahawks
Brandon Marshall breaks down how Cam Newton and the New England Patriots can snag a road upset Sunday in Seattle.
1 hour ago

Beware Overreactions
There's a trend you need to know for betting NFL Week 2, and Tom Brady's Bucs are example No. 1. Jason McIntyre explains.
17 hours ago