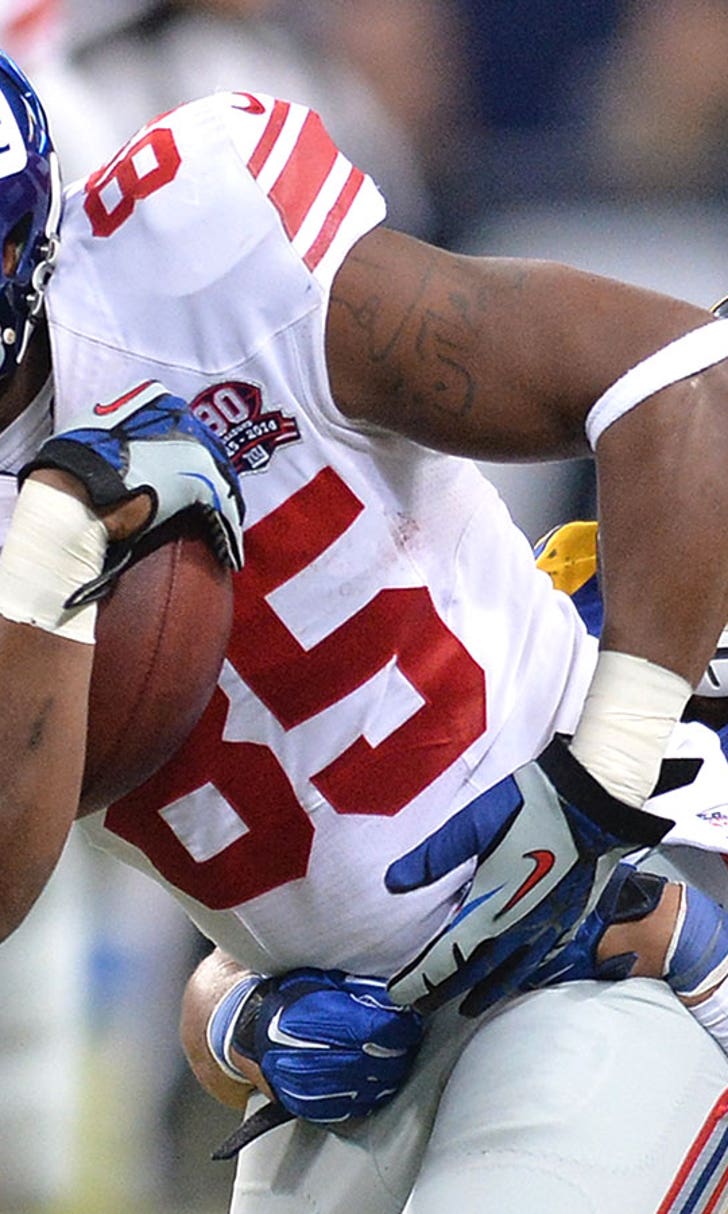 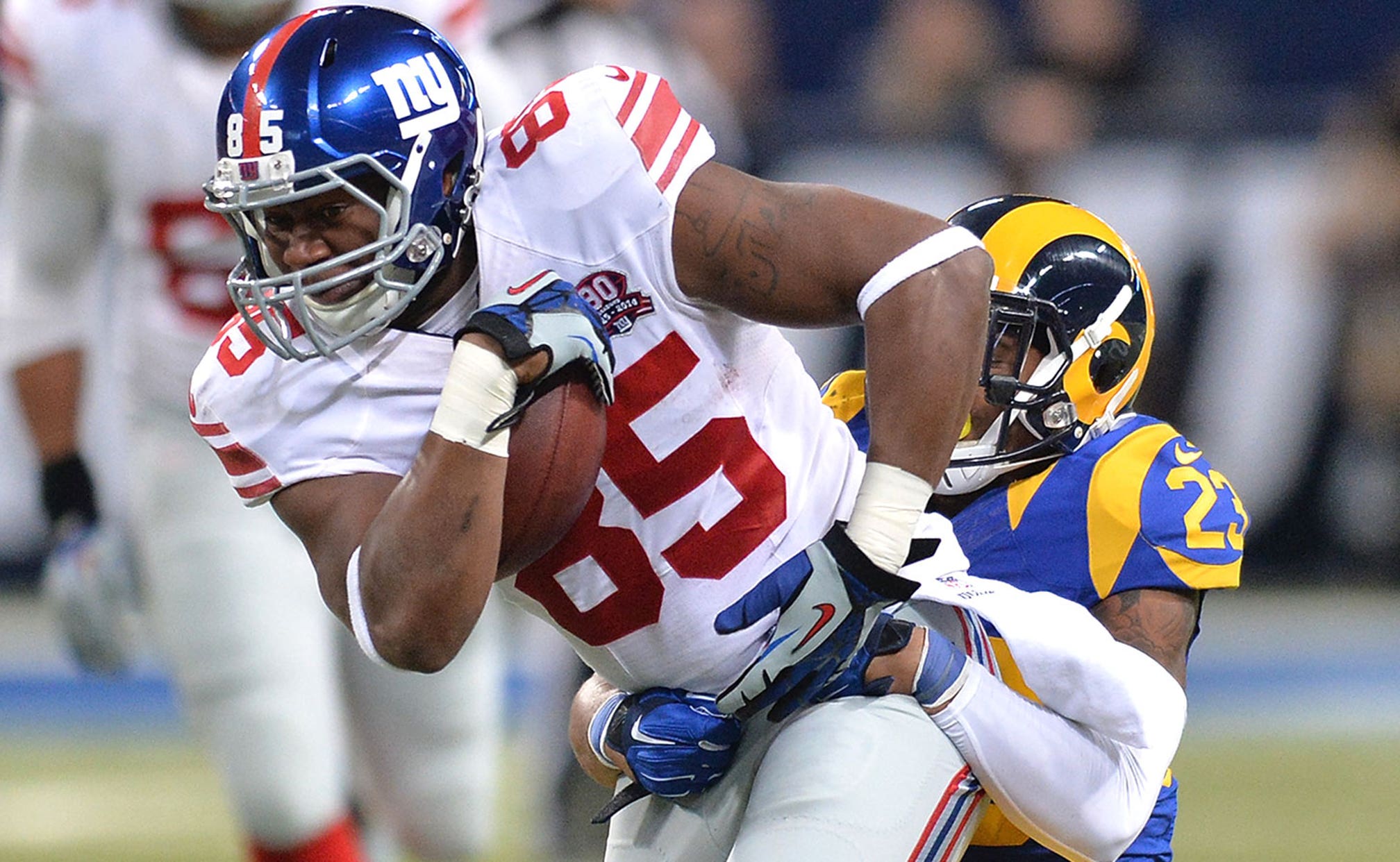 previous story
Cowboys held out of the end zone in blowout loss to Patriots
next story
WATCH: Rams' Gurley gets the drop on blitzing Packers' Matthews 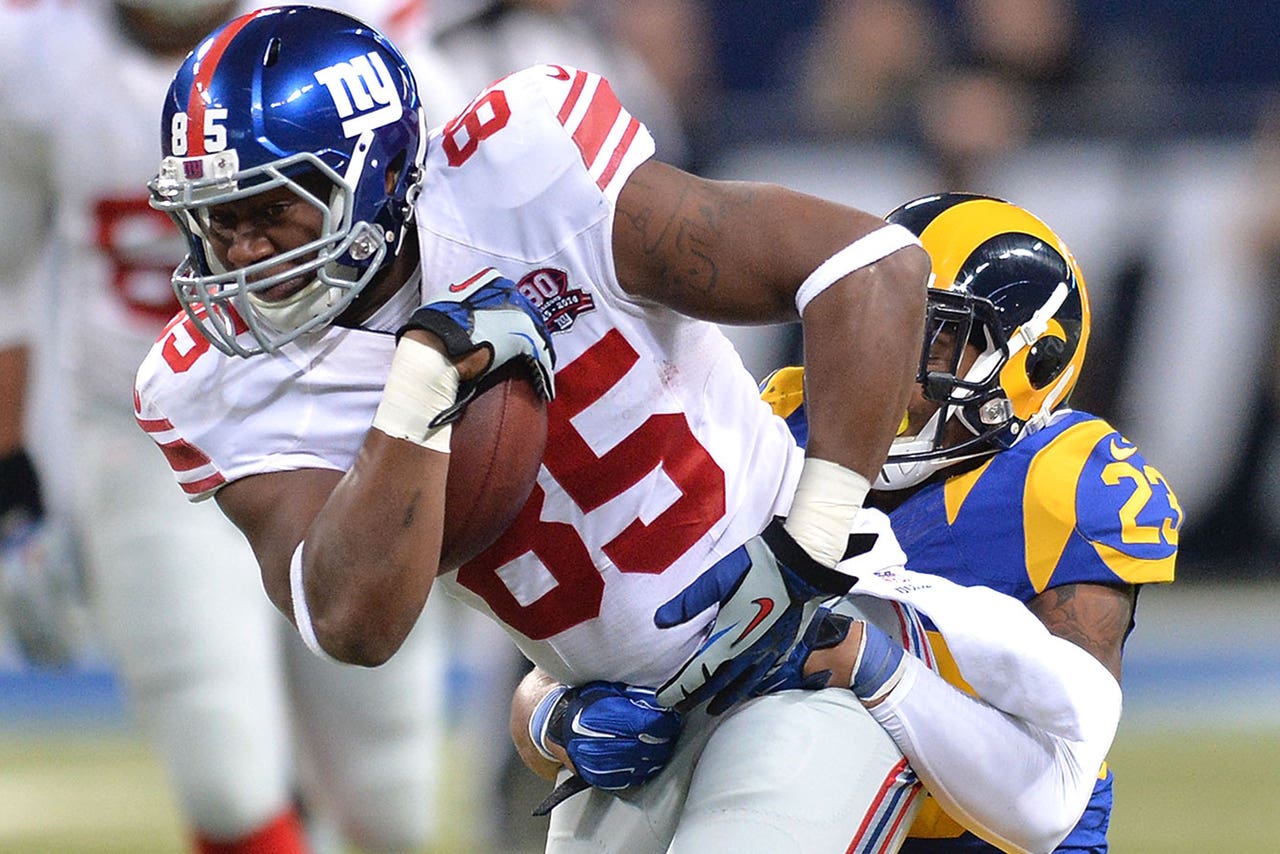 EAST RUTHERFORD, N.J. -- MRSA infections are no joke. We learned that a few years ago when the careers of Tampa Bay Buccaneers kicker Lawrence Tynes and guard Carl Nicks ended after both contracted infections.

Now, it's Giants tight end Daniel Fells who is fighting for his career -- and more.

Fells has been in the hospital for over a week because of an infection in his foot, but for the first time since he was diagnosed, sources have begun to express optimism that things are moving in the right direction. Specifically, Fells' fever has dropped over the past two days after reaching, and remaining at, roughly 104 degrees for several days in a row.

The NFL Network reported Sunday morning doctors are trying to save Fells' foot after he recently contracted MRSA. Amputation is always a concern when MRSA takes over, and sources have told FOX Sports doctors have performed daily procedures on Fells over the past week to try to remove all of the infection, though tests continue to show there is still bacteria in Fells' foot. A source said Fells' tibia was infected and a procedure was performed on the bone. It's unclear how many procedures he might have to undergo moving forward, though indications are the medications he's taken are showing signs of being more effective.

Fells' career is clearly in jeopardy, but at this point the biggest concerns are for his overall health and well being.

"My heart is with my brothers tonight," Fells, who is on injured reserve, posted on Instagram, along with a Giants logo, from his hospital bed before the Giants' game against the San Francisco 49ers kicked off. "Get that W G-men. I love every one of you #thiswillnotdefeatme."

Fells' younger brother, Darren, tweeted his support after catching a touchdown in the Arizona Cardinals' win over the Detroit Lions.

"This win and everything I did on that field goes out to my brother," he wrote along with a hashtag that read "Do you."

Bills Hold off Rams' Charge
Per usual, the early window of NFL Sunday was a wild one. Check out the major takeaways from the first half of the day.
9 hours ago

NFL Week 2 Injury Timetables
When will Saquon be back and at what capacity? Our in-house doctor breaks down some of the weekend's high-profile injuries.
5 days ago

Return to Form
Odell Beckham Jr. flashed glimpses of the old OBJ on Thursday night. Is the superstar wide receiver back like he never left?
September 18
those were the latest stories
Want to see more?
View All Stories
Fox Sports™ and © 2020 Fox Media LLC and Fox Sports Interactive Media, LLC. All rights reserved. Use of this website (including any and all parts and components) constitutes your acceptance of these Terms of Use and Updated Privacy Policy. Advertising Choices. Do Not Sell my Personal Info