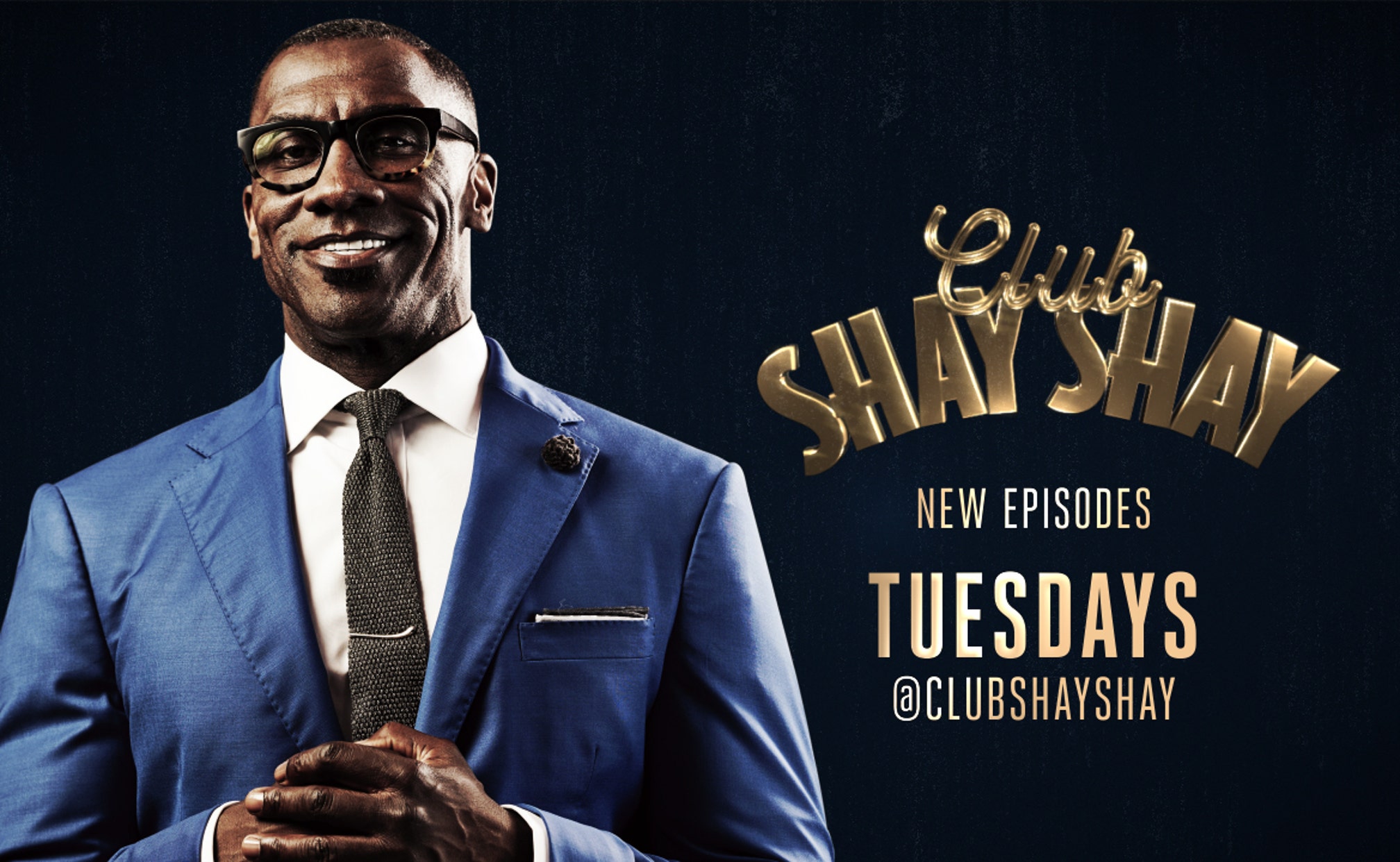 Welcome to the club.

Shannon Sharpe has unlocked the doors and is pulling back the velvet rope, unveiling his new brand new podcast, Club Shay Shay.

Sharpe, co-host of FS1’s Undisputed and 3-time Super Bowl champion, debuted his weekly podcast on Tuesday, and the Hall of Famer kicked things off by taking it back to where it all began, as he welcomed in his older brother Sterling Sharpe — the first time the two former NFL stars have had a sit-down interview together.

Shannon, 52, and Sterling, 55, grew up in Glennville, Georgia, a rural area in South Georgia, in a 1000 square-foot cinder block house, with no running water and a thin, leaky, tin roof.

And on Episode 1 of Club Shay Shay, the two brothers discussed their upbringing alongside their older sister, Libby, and their influential grandparents, Barney and Mary Porter.

The Sharpe kids grew up semi-isolated, only seeing family occasionally and their friends only during school. They never spent the night at friends' houses, and had to work on the farm herding hogs, picking tobacco, and catching 1,000 chickens for $1 in order to buy diet cokes and hunny buns from “dark to dark."

Sterling knew from a young age that all he wanted to do was play football. But when he was 11, and Shannon was 8, their grandfather died. Sterling became the man of the house and became hyper-aware of the fact that his little brother was looking up to him.

Although the passing of ‘Pop Pop’ put a greater weight on their grandmother and Sterling, it gave the Sharpe boys an opportunity to get off the farm and play football.

Sterling, the 7th overall pick of the 1988 NFL Draft, played at South Carolina before being drafted by the Green Bay Packers.

The 5-time Pro Bowler and 3-time All-Pro played 7 seasons with the Packers.

Sterling and Shannon detailed their college careers and they both told their side of the story when it came to the 1990 NFL Draft, when Shannon was selected by the Denver Broncos in the 7th round (192nd overall).

Shannon – an 8-time Pro Bowler and 4-time All-Pro – almost never made it to Savannah State to play college football, seriously considering joining the Army instead.

“I always knew whatever I did, you were going to attempt to do it better than I did,” Sterling said to Shannon. “Once I got you to Savannah State, I was done.”

And although only one of the Sharpe brothers is a Hall of Famer, they discuss if it should be two.

“I'll take my seven years and you take any receiver’s best seven years – I like the way my numbers stack up,” Sterling said. “It’s not my fault that I only played seven years.”

Sterling was forced to retire early after suffering a neck injury in 1994.

And whether he gets in the Hall of Fame or not, he is at peace with the decision to retire with his health.

He also has his brother.

And their bond can’t be broken.

“There’s no telling what a man can do nor how far he will go as long as he doesn’t mind who gets the credit,” Sterling added. “Everybody used to think Shannon followed me around. He didn’t – I followed him.”

Check out the entire first episode of Club Shay Shay below:

Eagles Rally Late, Beat Giants
Somehow, at 2-4-1, the Philadelphia Eagles are in sole possession of first place in the NFC East after Thursday's win.
3 hours ago

Twitter Fingers: Rumbling and Stumbling
Daniel Jones' near-90 yard touchdown run quickly went from a glorious highlight to a Twitter-user's dream.
4 hours ago

As Odell's World Turns
Odell Beckham Jr. has never been one to shy away from the spotlight. And this week has been no different.
9 hours ago

Stakes still high for struggling Giants, Eagles
The Giants and Eagles are woeful, but one can take a big step in the NFC East race Thursday. FOX Bet previews how to wager on this one.
11 hours ago

Rest With These Defenses
As he handicaps his best bets for Week 7, Geoff Schwartz finds value in backing a couple of the NFL's top defenses.
11 hours ago
those were the latest stories
Want to see more?
View All Stories
Fox Sports™ and © 2020 Fox Media LLC and Fox Sports Interactive Media, LLC. All rights reserved. Use of this website (including any and all parts and components) constitutes your acceptance of these Terms of Use and Updated Privacy Policy. Advertising Choices. Do Not Sell my Personal Info