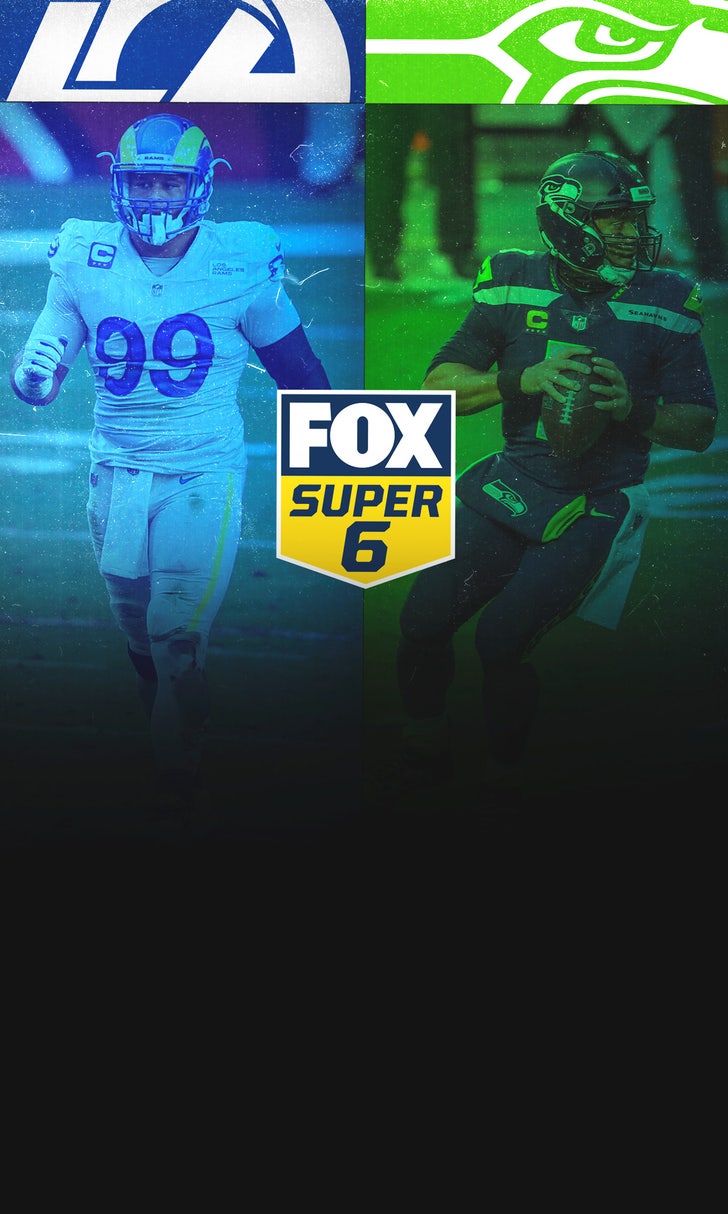 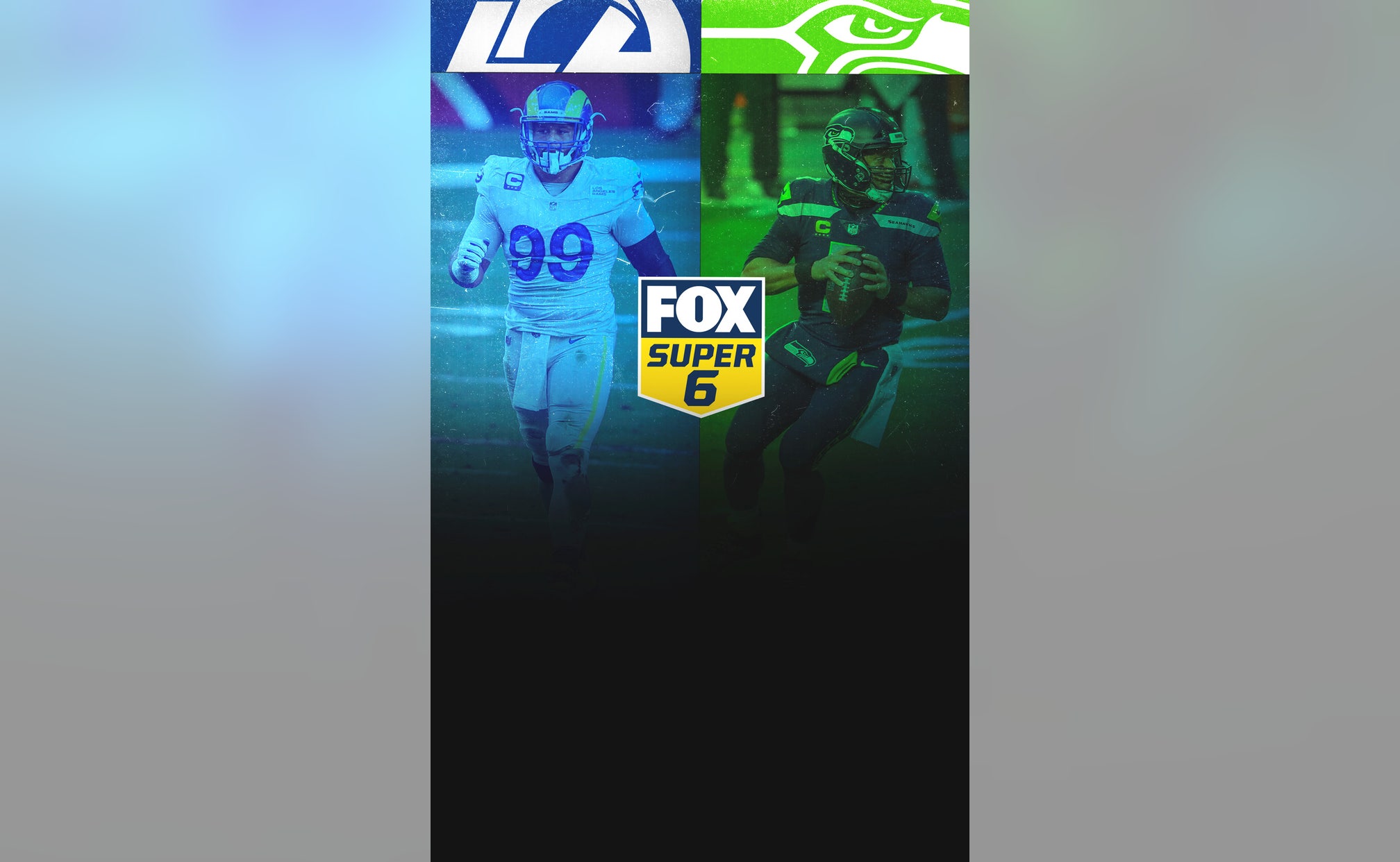 previous story
The Best Bet For Each Wild Card Game
next story
What Should Dallas Do at No. 10?
National Football League

How To Win Big In Rams vs. Seahawks

Round three of Rams versus Seahawks is arguably the best Wild Card game of the weekend if you like defensive showdowns – and especially if you like winning big prizes.

In a year where offense was king, and scoring was off the charts, it’ll be nice to at least have a semblance of defense on display when these two NFC teams collide at 4:40 p.m. ET Saturday on FOX, with the Seahawks currently 3.5-point favorites at home according to FOX Bet.

You have probably three of the top 12 defensive players in the league, with Jamal Adams of Seattle and Aaron Donald and Jalen Ramsey of L.A., and two teams that are very, very familiar with each other. It’s almost like playing your older brother 1-on-1 in basketball – you know him so well, you know everything he’s going to do. You’re ready. Can you stop it?

We're asking you for your best prediction. Because this week, the FOX Super 6 game is all about Seahawks versus Rams, with six questions specific to this Super Wild Card game. And this week, the grand prize is a mystery that will be revealed on Saturday's FOX NFL pregame show – but we guarantee you're going to want to try to win it.

All you have to do is download the FOX Super 6 app, absolutely for free, and make your picks on the following six questions for your chance to win the FOX Super 6 NFL Playoffs Super Wild Card Weekend mystery prize!

So let's take a look at this playoff matchup through the lens of Super 6, shall we?

QUESTION 1: How many combined completions will Russell Wilson & Jared Goff have in the first half?

At the time of publication, we don’t know with 100 percent certainty if Jared Goff will get the start just one week after getting three screws in the thumb of his throwing hand. What we we do know is that these teams have played two low-scoring games this season, and their second meeting last season went under, too. The division familiarity has led to poor offensive showings, and I don’t expect much to change here.

If the Rams go with backup John Wolford (22-of-38, 231 yards in his first career start last week vs the Cardinals), expect a conservative first half attack, and lots of running. The first half point total is the lowest of the weekend (21).

QUESTION 2: Which team will have the most receptions and by how many?

I lean to the Rams here. The expectation is as the underdog, they’ll be throwing more because they’ll be trailing. And the Rams have an elite pass defense, led by the aforementioned Ramsey, who has held Seattle star DK Metcalf to one catch in two games this season.

The Rams are getting Cooper Kupp back from the COVID list and have the deeper receiving core, as well as the edge in tight end depth. Seattle’s run defense is also stout against the Rams and hasn't allowed a LA running back to top 80 yards in the last four meetings.

QUESTION 3: Which team will have the most rushing yards and by how many?

The lean here is to the Rams, especially if John Wolford starts at QB. He had designed run plays last week versus Arizona, and the expectation would be he’d have at least 25+ rushing yards here himself.

QUESTION 4: Which team will have the most receiving yards and by how many?

Seattle’s game scripts have changed drastically from early in the season, when the Seahawks were a pass-first team. Their new identity, with Chris Carson and Carlos Hyde finally healthy, is to be a run-first team. Part of that is probably to keep what was a dreadful defense off the field, but also it’s just in the DNA of offensive coordinator Brian Schottenheimer.

That being said, if Seattle’s having no success running the ball, Wilson will be throwing, hence the pick of Seattle.

QUESTION 5: Which team will have the most punt return yards and by how many?

Neither team has an edge here, with Nsimba Webster only averaging 7.8 yards per return this season for the Rams, and Seattle has used both cornerback DJ Reed and receiver David Moore on punt returns, neither of which has scored.

QUESTION 6: Which team will win and by how many points?

Not knowing the Rams' starting QB makes this difficult to project, but I lean to the Seahawks even with Goff. Wolford may actually add a dimension the Seahawks haven’t seen since Kyler Murray, whom they struggled to contain him back when he was running frequently in October.

Seattle does have two key defenders questionable – Jamal Adams, Jarran Reed – which could have a significant impact against the run and pressuring the QB from the edge, where Adams excels, however. Something to keep in mind.

What Is Rams vs. Packers? An Elite Clash
He'll soon fill in for Alex Trebek (no, really). First, Aaron Rodgers and the Packers must face down the NFL's top defense.
12 hours ago

How To Win $250,000 On Rams-Packers
Will the Rams be able to slow down the Pack? If you make the right choices, you could win big in the Super 6 contest.
12 hours ago

A Problem in Houston
Deshaun Watson is not happy with the Texans, and his days might be numbered in Houston. How did we get to this point?
12 hours ago
those were the latest stories
Want to see more?
View All Stories
Fox Sports™ and © 2021 Fox Media LLC and Fox Sports Interactive Media, LLC. All rights reserved. Use of this website (including any and all parts and components) constitutes your acceptance of these Terms of Use and Updated Privacy Policy. Advertising Choices. Do Not Sell my Personal Info