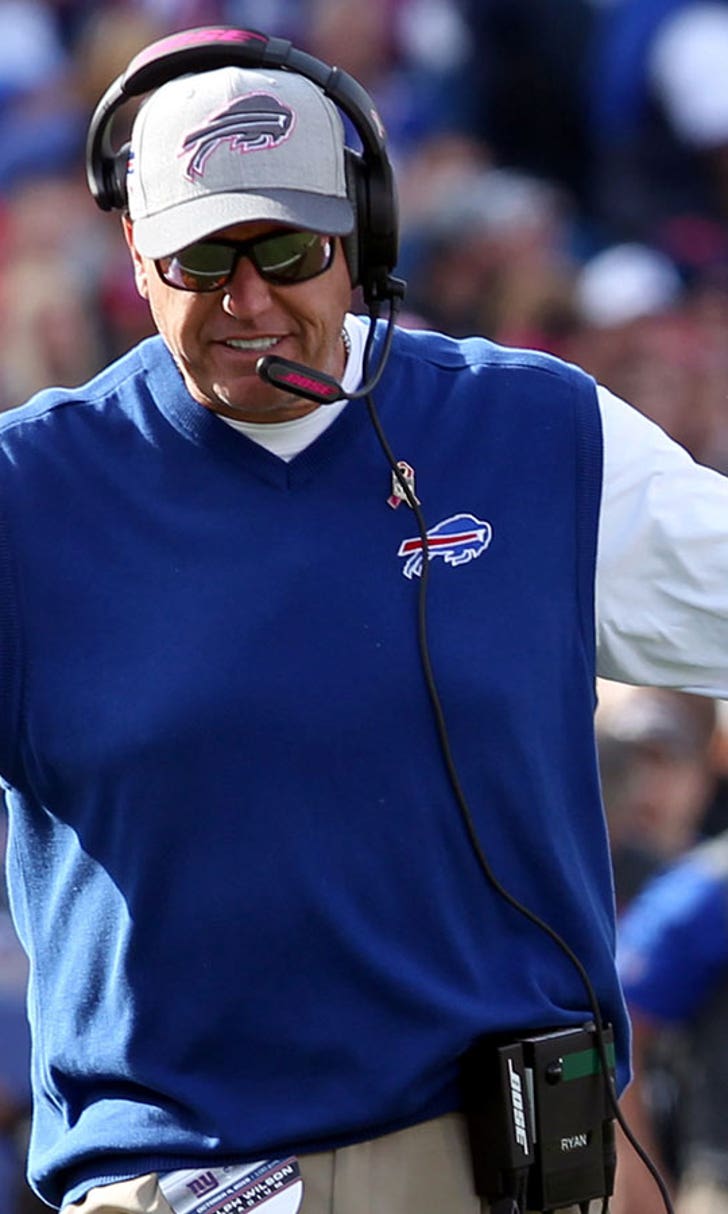 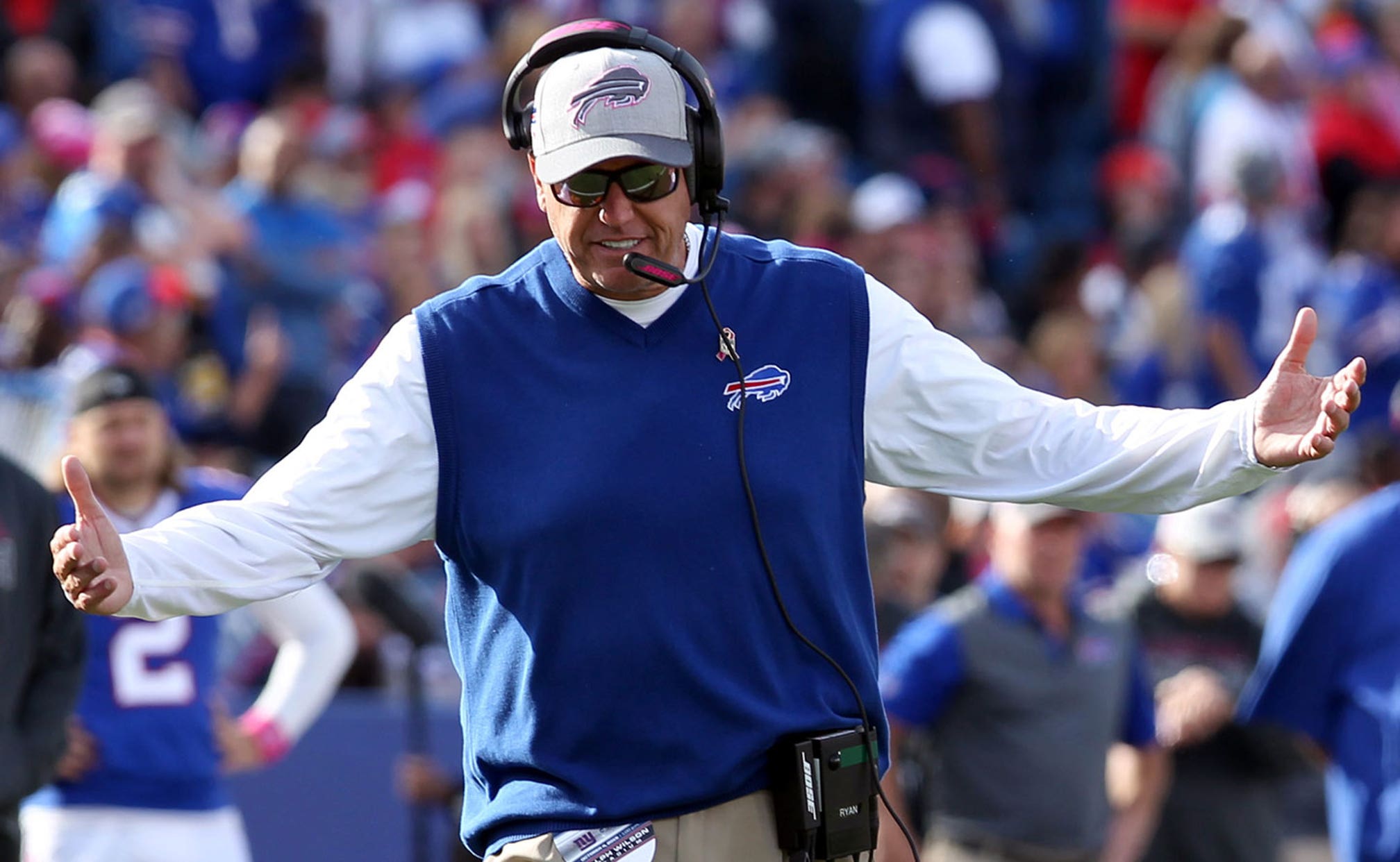 Rex Ryan compares defensive scheme in 2015 to being 'half-pregnant' 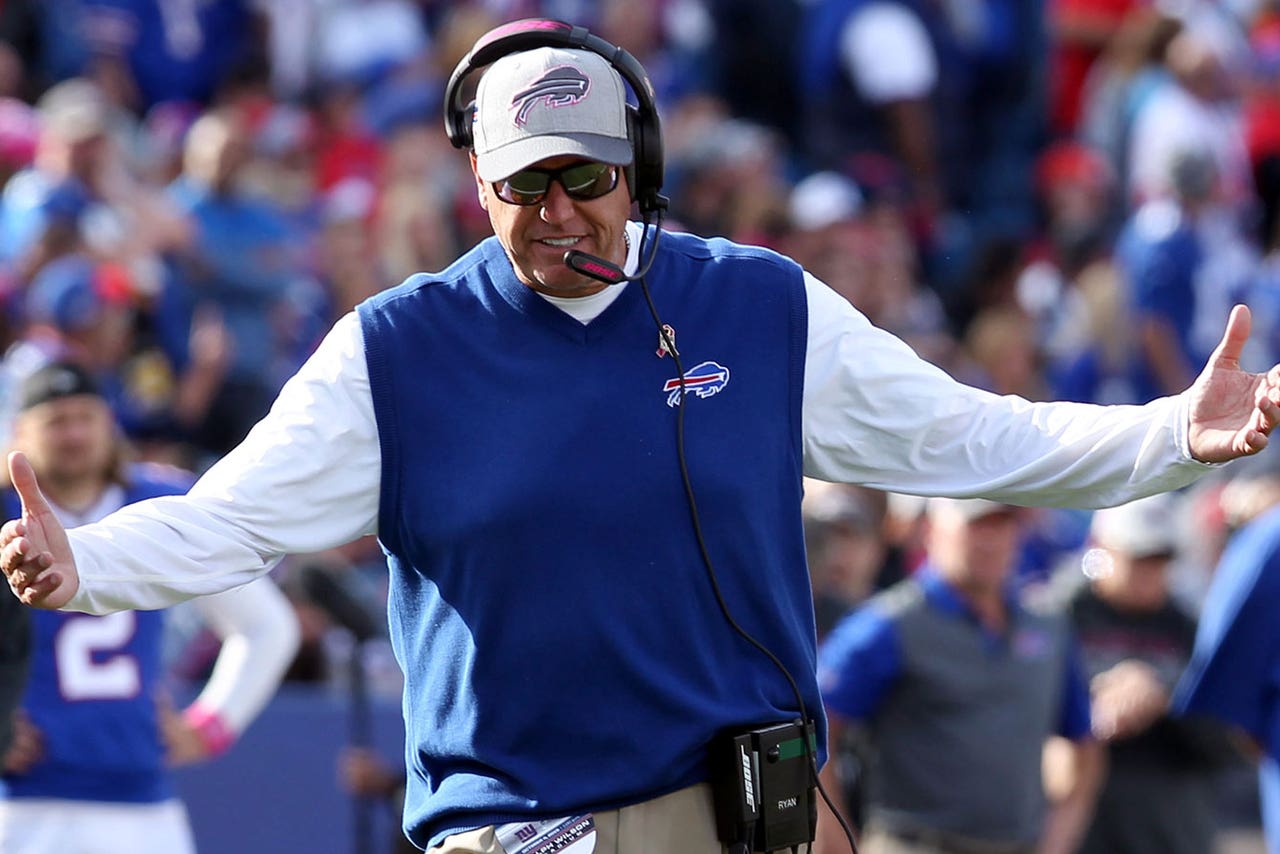 The NFL Combine is under way, which means coaches have begun speaking to the media about the year that was and the early stages of the offseason. Most of what's said is coachspeak, but every now and then, someone says something particularly interesting.

Early on Wednesday, Chicago Bears head coach John Fox made a bizarre "left nipple" reference when talking about a player's heart and passion for the game. That appeared to be the frontrunner for the strangest quote of the day, but it didn't last long.

None other than Buffalo Bills head coach Rex Ryan butted in and took Fox's crown with something no coach has ever said before.

While discussing his highly criticized defensive scheme in 2015, Ryan compared it to being "half-pregnant." Why? Well, because he tried to merge two different styles, and it didn't work ... at all. The Bills were 31st in sacks this season after being first in 2014. But have no fear, Ryan says they're "fully pregnant" now.

Well, everyone can take a sigh of relief now that we know the Bills' scheme will be "fully pregnant" next season. Another year like 2015 and Ryan's job may be in question. There's no hiding the struggles Buffalo had last season, which were largely due to Ryan's scheme and his players' fit in it.

Here's to the Bills being more pregnant next season than they were in 2015.

Playing Favorites In Week 8
A big-time NFC West clash leads Week 8, and Jason McIntyre's riding with the Seahawks in his parlays and teasers.
3 days ago

NFL's Top Plays Of Week 7
Sunday's slate featured some of the wildest endings in recent memory. Here are the biggest moments from Week 7.
5 days ago

The Disrespect Has Been Noted
Derrick Henry's disregard of Josh Norman wasn't the only disrespectful play in sports history. It was just the latest.
October 14
those were the latest stories
Want to see more?
View All Stories
Fox Sports™ and © 2020 Fox Media LLC and Fox Sports Interactive Media, LLC. All rights reserved. Use of this website (including any and all parts and components) constitutes your acceptance of these Terms of Use and Updated Privacy Policy. Advertising Choices. Do Not Sell my Personal Info