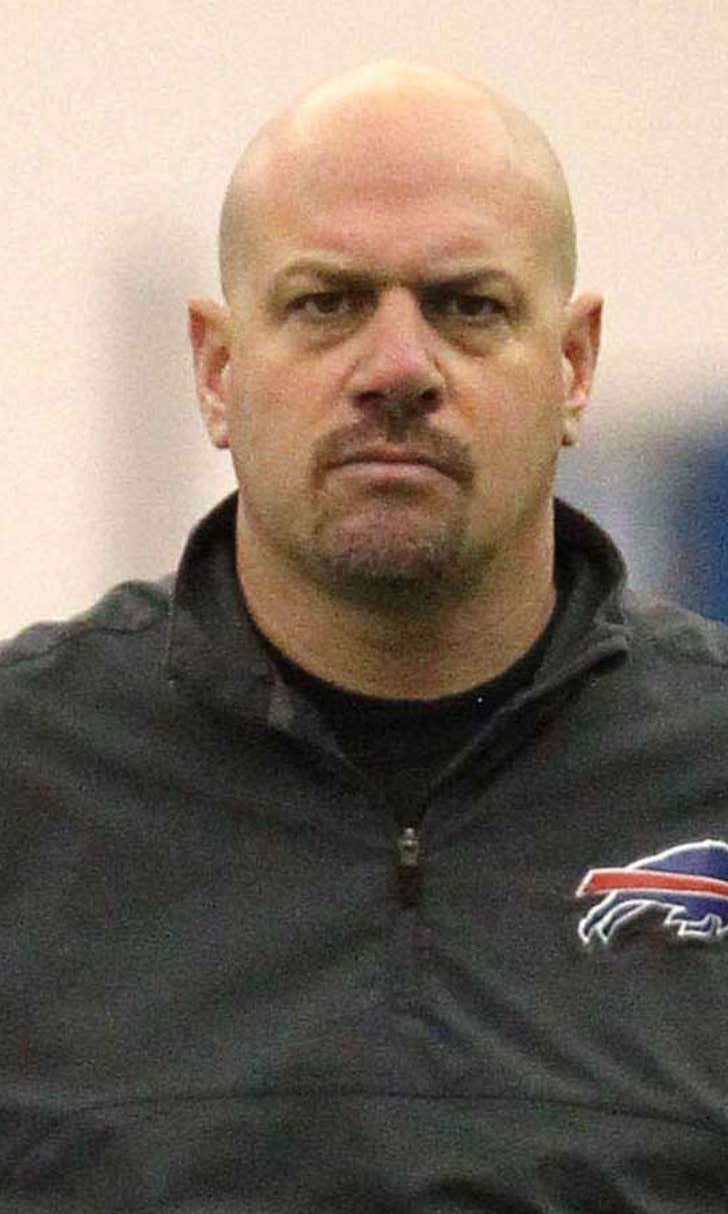 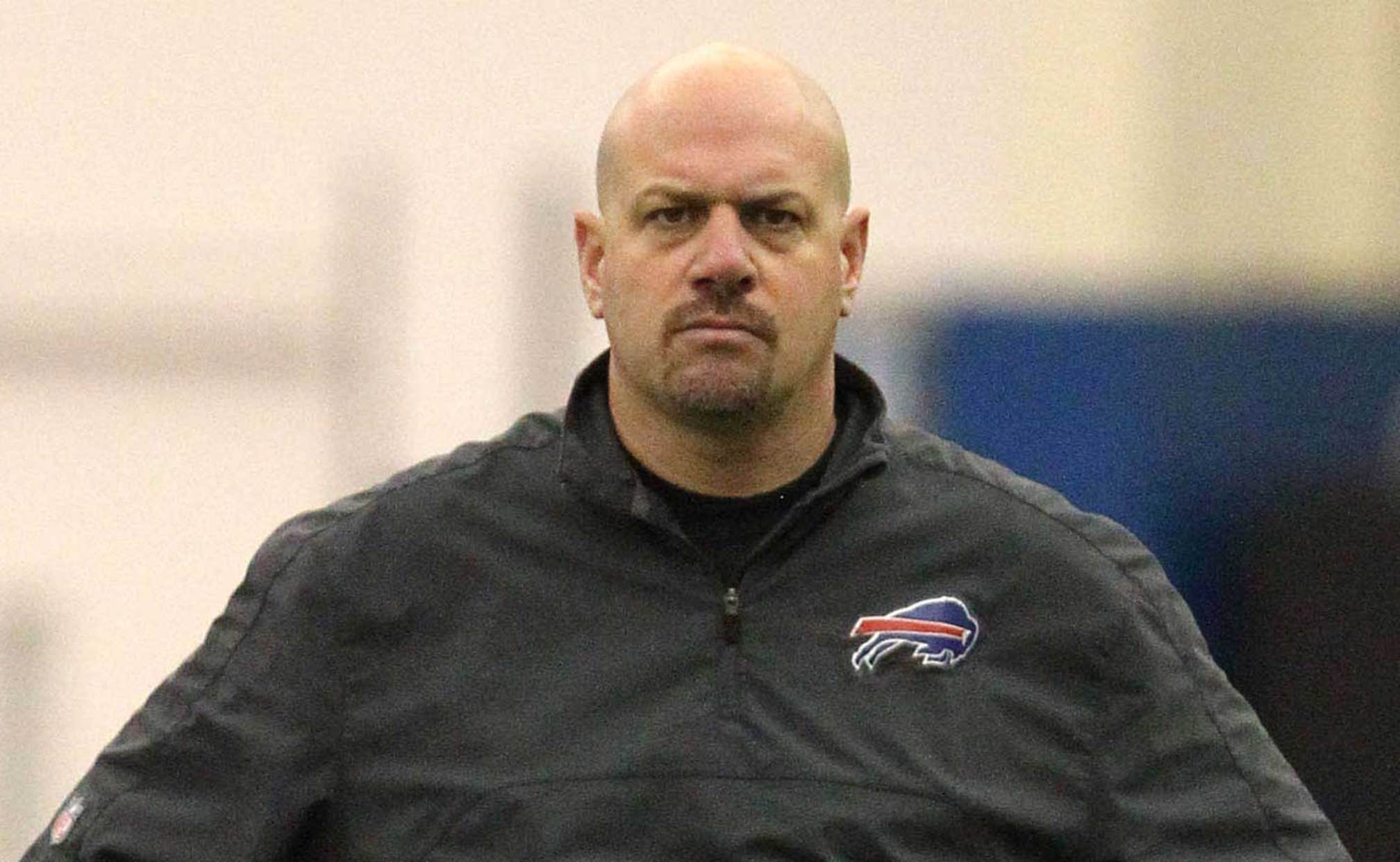 CLEVELAND -- The Browns' coaching search -- or is it a scramble? -- could be nearing a conclusion.

Buffalo defensive coordinator Mike Pettine is the front-runner to become the team's seventh full-time coach and will reportedly have a third interview with the team on Thursday.

Team officials interviewed Pettine on Tuesday night in Mobile, Ala., site of the Senior Bowl, and although the sides did not reach a deal during their four-hour meeting, enough progress was made to move forward.

And as the focus narrowed on the 47-year-old Pettine, a "mystery" candidate emerged.

The team reportedly interviewed former Tampa Bay coach Greg Schiano on Wednesday in Florida, but a person familiar with Cleveland's coaching search told the Associated Press that Schiano will not be hired by the Browns. The person, speaking on condition of anonymity because the team is not commenting on the search, said there is "zero chance" of Schiano taking over in Cleveland.

Earlier, Pettine, who spent one season with the Bills after four on Rex Ryan's staff with the New York Jets, told Cleveland.com that he "should have some feedback on my interview by the end of the day."

A person familiar with the Browns' plans told the AP on Tuesday night that the team intended to interview an unknown candidate on Wednesday. The club, too, was expected to meet with Atlanta offensive coordinator Dirk Koetter at some point.

The team initially interviewed Pettine on Jan. 16, and following the interview, Pettine's teenage daughter, Megan, tweeted that her dad was going to meet again with the team while taking a not-so-subtle shot at the Browns.

The Browns, who fired Rob Chudzinski on Dec. 29 following one season, are also expected to conduct a second interview with Seattle defensive coordinator Dan Quinn. He was the first candidate to meet with the team and the director of the NFL's top-rated defense could sit down with Cleveland's front office before Sunday.

Because the Seahawks are in the Super Bowl, league rules require the Browns to speak with any assistants in that game by Jan. 26.

However, the Browns are not permitted to finalize a deal with any assistant coach participating in the Super Bowl until after the game, so Cleveland may have to wait until Feb. 3 if they want to hire Quinn.

It's possible, though, the team could decide Pettine is their choice and can name him their coach at any time.

Last week, Haslam, aware of the public appearance the Browns had no clear plan to find Chudzinski's replacement, sent a letter to fans last week explaining the team's "methodical" approach to finding its next coach.

Despite Haslam's reasoning, it appears the Browns have had to adjust on the fly. The search is in its fourth week. Six other teams entered the offseason with coaching vacancies and all have been filled.

Early favorites in Cleveland's quest to replace Chudzinski dropped quickly. New England offensive coordinator Josh McDaniels, Ohio born with a connection to Lombardi, removed himself from consideration. Denver offensive coordinator Adam Gase -- another perceived favorite -- did the same, calling Haslam on Tuesday to say he was happy with the Broncos.

Top college coaches such as Oklahoma's Bob Stoops, Gus Malzahn and James Franklin emerged as possibilities and disappeared as rapidly as they arrived. Stoops is still with the Sooners, Malzahn stayed at Auburn and Franklin took the Penn State job.

Bill O'Brien, who was on Cleveland's wish list last year, signed with Houston.

There have even been rumors that former Ohio State coach Jim Tressel was on Cleveland's radar.

Since the start, Haslam has promised to "take as long as necessary" to find the right coach -- his second in less than two years as owner -- to lead the Browns.

It appears he's finally closing in on one.

Making Themselves At Home
Derek Carr caught fire in Las Vegas' NFL debut as the Raiders stayed undefeated. Drew Brees and the Saints? Not so much.
33 mins ago

The Most Entertaining Team In Football
When it comes to the Cowboys, you never know what’s coming next. And that's half the fun, Martin Rogers writes.
1 hour ago

Zeke Files For 'Feed Me' Trademark
The Dallas Cowboys running back is making his motto official, Charlotte Wilder writes. Now, who wants a "FEED ME" tie?
11 hours ago

Breaking Down Week 2's Biggest Injuries
A number of key NFL players suffered unfortunate injuries on Sunday. Here's what you need to know.
12 hours ago

How The Cowboys Saved Their Season
An 0-2 start can spell doom for NFL teams. But Dak Prescott wasn't about to let the Cowboys fail.
12 hours ago
those were the latest stories
Want to see more?
View All Stories
Fox Sports™ and © 2020 Fox Media LLC and Fox Sports Interactive Media, LLC. All rights reserved. Use of this website (including any and all parts and components) constitutes your acceptance of these Terms of Use and Updated Privacy Policy. Advertising Choices. Do Not Sell my Personal Info