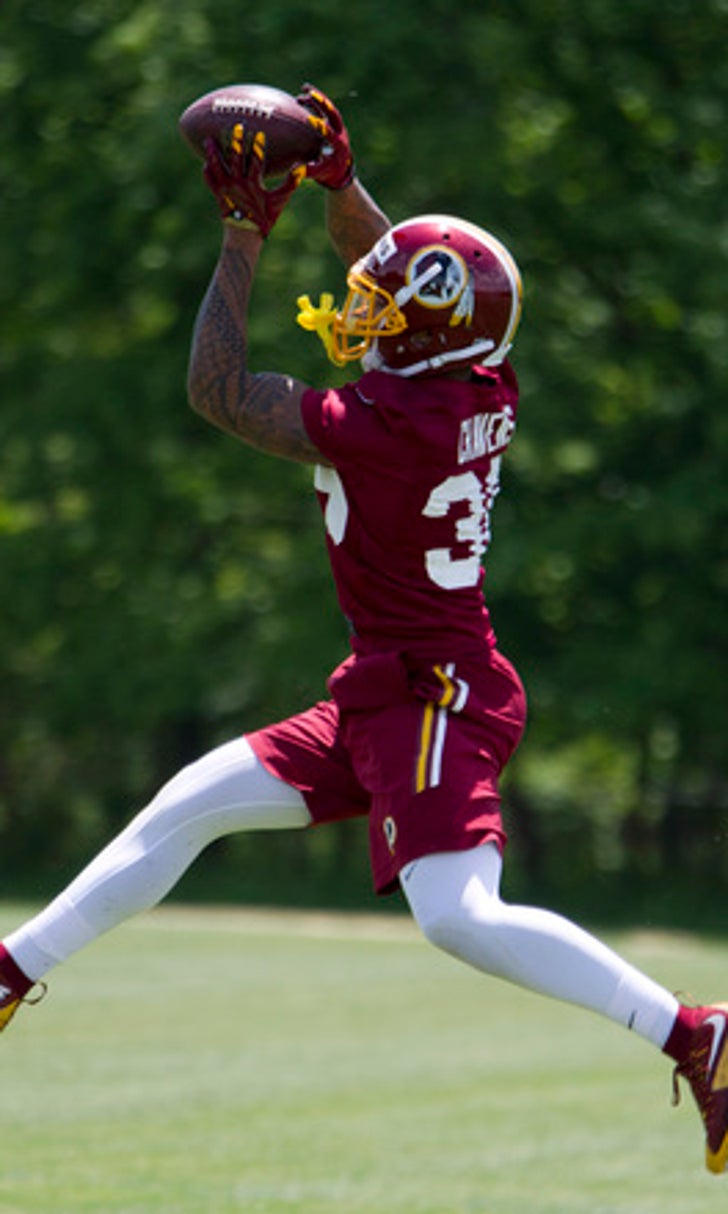 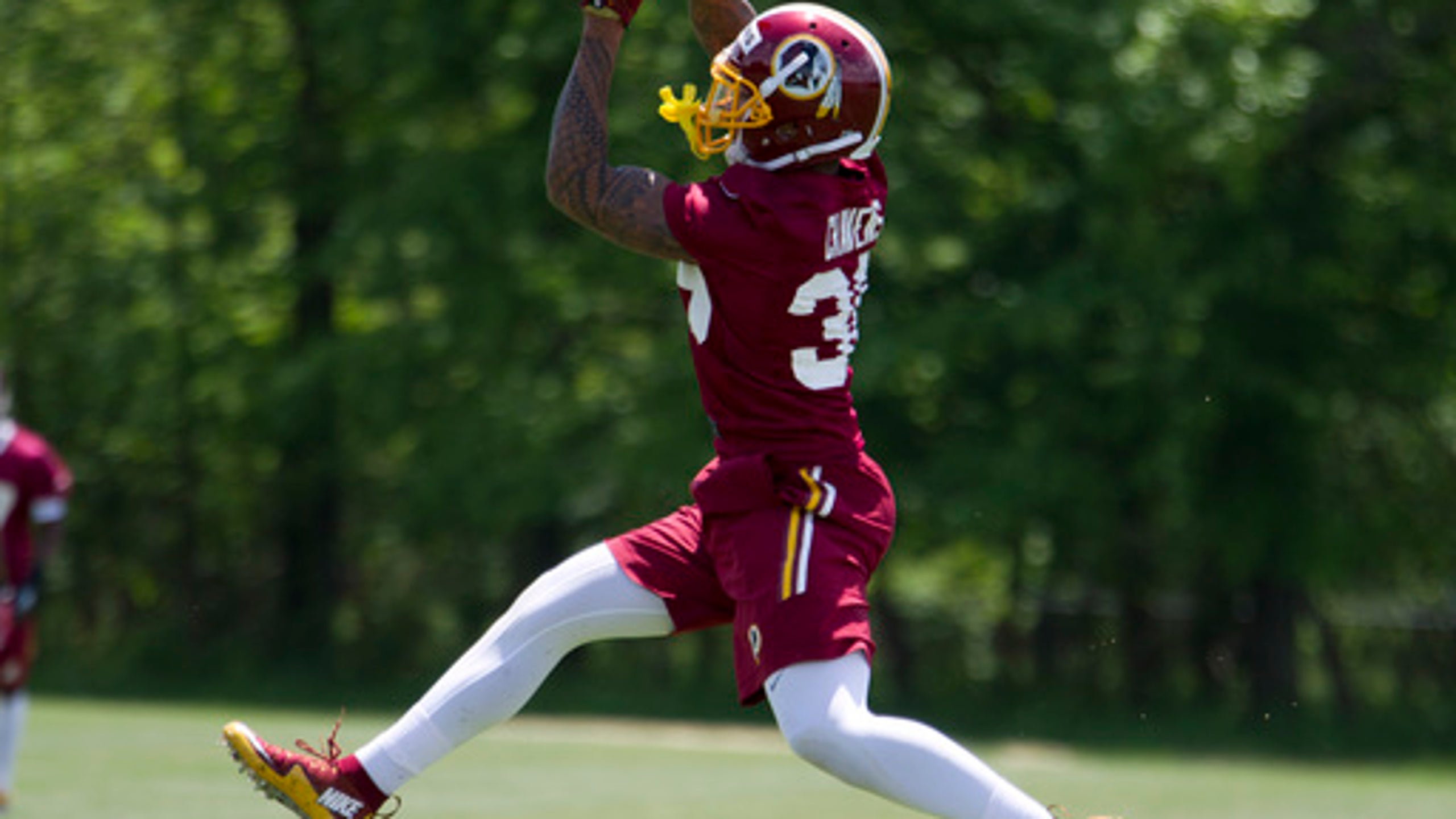 Redskins' Cravens eager to learn how to be an NFL linebacker 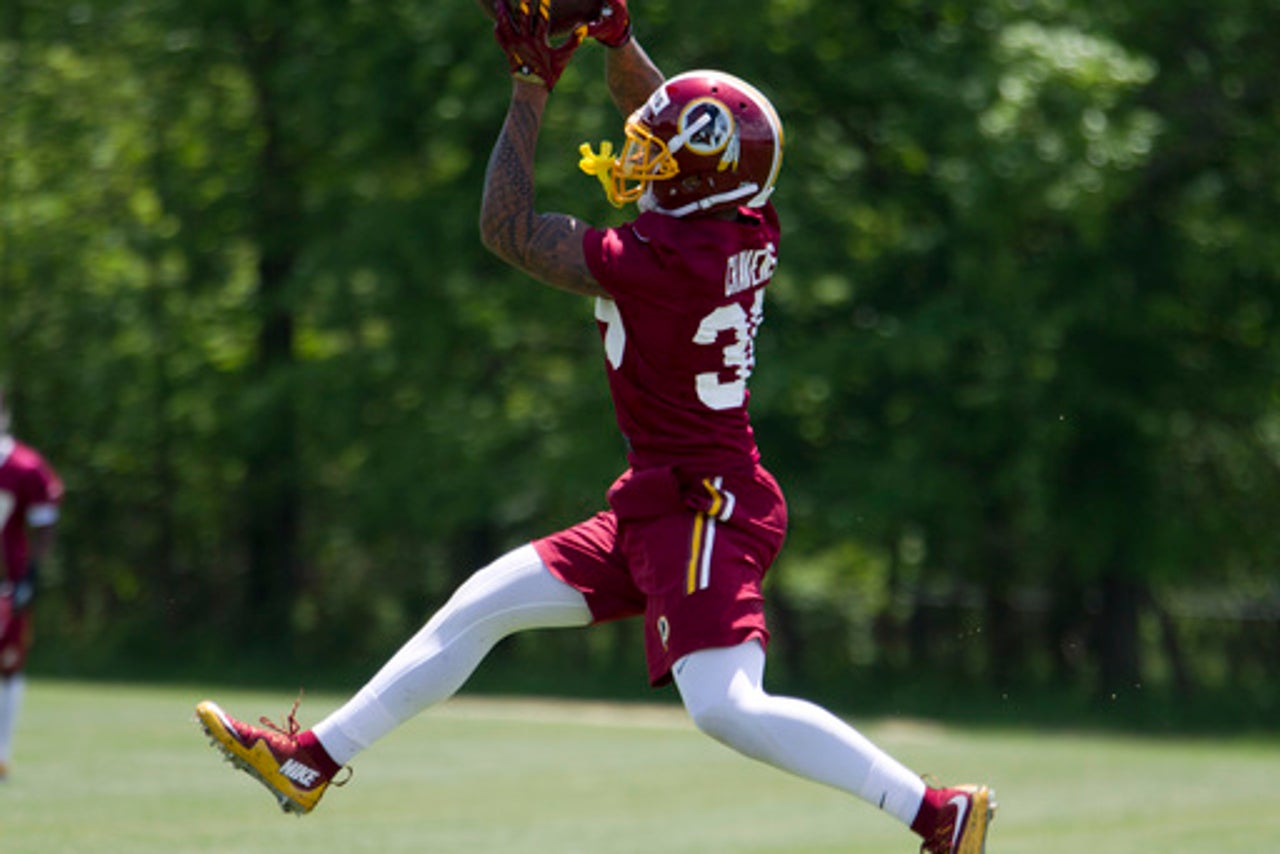 ASHBURN, Va. (AP) Redskins rookie Su'a Cravens is far more comfortable being a student on the football field than a tourist on the streets of Washington.

Coaches want the second-round pick to learn the inside linebacker position after playing outside linebacker and safety at Southern Cal. No problem, at least compared to trying to hail a cab downtown in the rain.

''It's harder to catch a cab in D.C. than learn our whole defensive playbook all together,'' Cravens said.

Cravens visited the monuments and the Spy Museum and tried Maryland crabcakes in his first few days in the Washington area. On the field, he began the uphill transition to a new position and another level of play.

The Redskins wanted more versatility on defense and figured Cravens fit right in because he has the instincts to play linebacker or safety. At rookie camp last week, his task was to play inside linebacker exclusively to get a grip on the defense from the inside out.

''It's a challenge, but I'm up for it,'' Cravens said. ''I did it in college, and I think with the coaching and all the tools that they give me I'll be able to do it. I just need time. I'm trying to learn as fast as I can and be an impact somewhere on the defense.''

Cravens would like nothing more than to make an impact, but for now is hesitant. The playbook and position are new, so he said he was prone to making a ''brain fart'' or two on the field while getting used to everything.

Amid his frustration, Cravens leaned on linebacker Preston Smith, the Redskins' 2015 second-round pick who needed more than half his rookie season before feeling comfortable.

''I'm used to being a perfectionist,'' Cravens said. ''I'm used to always being first to the ball or getting things fast. And getting an NFL playbook and learning 12 plays in three hours isn't exactly ideal for me. So I would talk to him about that and he calmed me down like: `You got it. Just take it play by play.'''

Play-by-play, day-by-day, growth is what the Redskins' coaches want to see from Cravens, who won't be pigeon-holed into one spot.

''We have to teach him a position, and right now it's going to be the inside linebacker,'' coach Jay Gruden said. ''Then from there we might branch of where it's a nickel (linebacker) and then he could be a safety later on. But initially we'll give him something to sink his teeth into, learn it and then go on from there and see what he can do.''

Cravens thinks he's capable of playing either position. But the 6-foot-1, 226-pound 20-year-old looks at the 6-foot-5, 280-pound outside linebackers in the NFL and wonders how he did that at USC.

With the Redskins, he may be asked to bounce around from linebacker to safety and back.

''It's a different mentality altogether,'' Cravens said. ''At safety you're in the open field and it's not as physical. You're guarding tight ends, which is probably the most physical part. And you have to come inside the box here and there.

Cravens has no issues becoming a linebacker because he'd rather be closer to the action.

Jimmy Gets His F-150
Terry Bradshaw gave away his second Ford F-150 in the free-to-play Super 6 contest. Be sure to enter to win other big prizes!
3 hours ago

What To Do When Football Season Ends?
This NFL season has served as a genuine relief for so many fans. So what's on the agenda next? Martin Rogers has the answer.
4 hours ago

Flipping The Switch
The Chiefs struggled against the spread to close the season. But the playoffs are an entirely different ballgame, Sammy P writes.
11 hours ago

The Long Run
Lamar Jackson is poised for a hefty contract extension with the Ravens. But can they go the distance with his style of play?
13 hours ago

NFL Mock Draft 6.0
With the Super Bowl fast approaching and the combine next on the NFL calendar, check out Jason McIntyre's latest Mock Draft.
14 hours ago
those were the latest stories
Want to see more?
View All Stories
Fox Sports™ and © 2021 Fox Media LLC and Fox Sports Interactive Media, LLC. All rights reserved. Use of this website (including any and all parts and components) constitutes your acceptance of these Terms of Use and Updated Privacy Policy. Advertising Choices. Do Not Sell my Personal Info