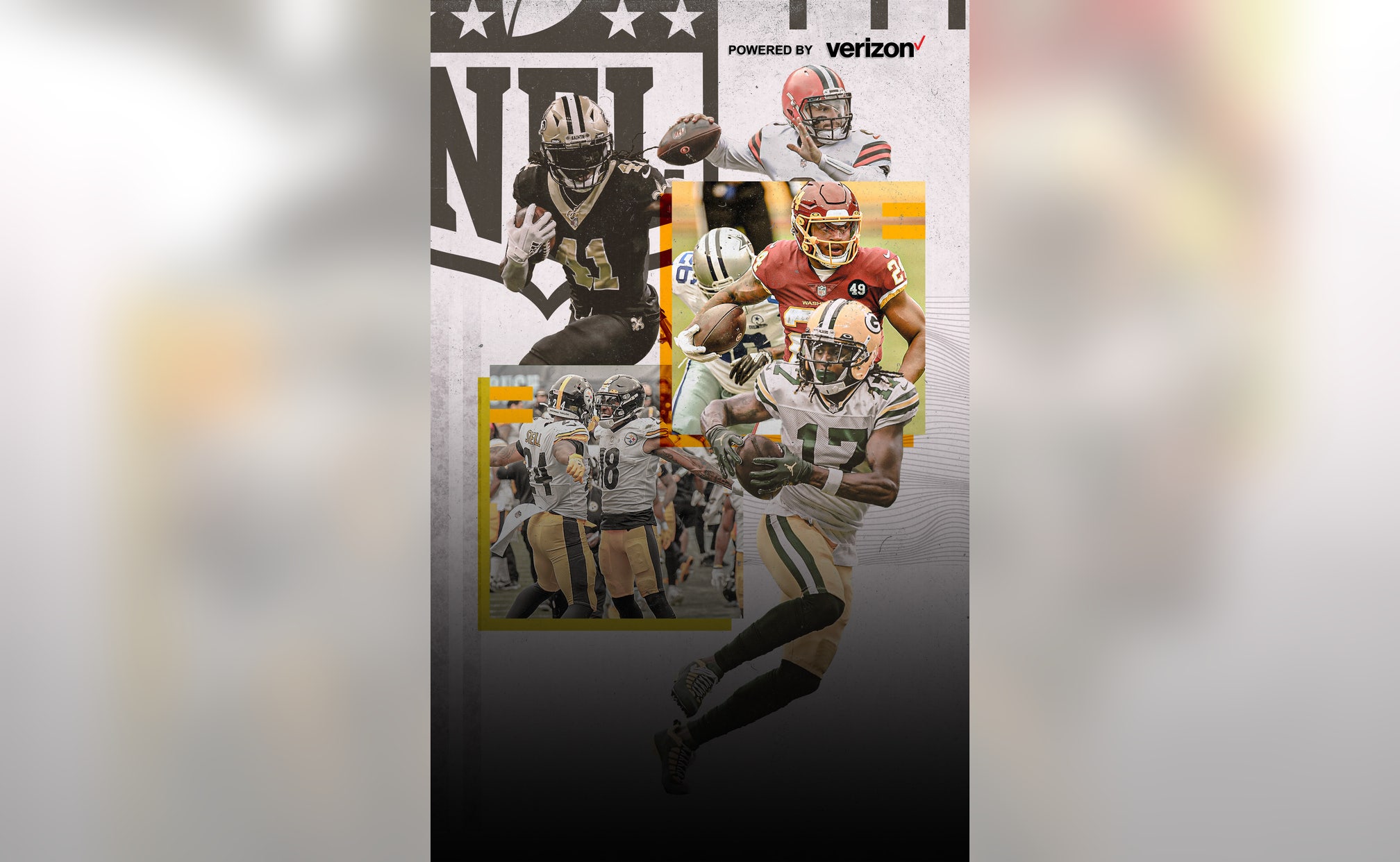 The early window of Week 7 was jam-packed, as the Pittsburgh Steelers survived a nailbiter against the Tennessee Titans to remain undefeated, while Cleveland's Baker Mayfield and Green Bay's Davante Adams enjoyed career days in their respective games.

Meanwhile, a scary moment for Andy Dalton accentuated another rough day for the Dallas Cowboys.

Check out the major takeaways from the early window of Week 7:

Steelers hang on against Titans

Sunday’s battle between the AFC’s two unbeaten squads didn’t disappoint, as the Pittsburgh Steelers’ 27-24 win against the Tennessee Titans went down to the absolute wire.

Pittsburgh looked to be cruising to an easy victory with a 24-7 lead at halftime, but Titans head coach Mike Vrabel got his troops to rally in the second half, particularly on defense.

The Titans picked off Steelers QB Ben Roethlisberger three times in the second half to get back into the game, including once with just under three minutes remaining.

Big Ben’s counterpart, Ryan Tannehill, pulled the strings for the Titans and found A.J. Brown – who finished the day with six catches, 153 yards and a touchdown – multiple times on the ensuing possession to set up a game-tying field goal attempt.

However, Titans kicker Stephen Gostkowski, who had hit from 51 earlier in the game, pushed his kick wide to the right as Big Ben & Co. celebrated a hard-fought win.

Baker Mayfield threw a career high five passing touchdowns, including a late game-winning dime to Donovan Peoples-Jones, to give the Browns an epic 37-34 victory against Joe Burrow and the Cincinnati Bengals.

The clash between two No. 1 overall picks in Burrow and Mayfield lived up to its billing, with Burrow nearly matching Mayfield’s five touchdown passes with four TDs himself – three passing and one rushing.

To make the win even more impressive for Cleveland, star receiver Odell Beckham Jr. left the game with an apparent knee injury in the first quarter.

The Bengals, who fell to 1-5-1 on the season, will rue the 20 points they gave up the fourth quarter, but can take solace in Burrow’s outstanding performance.

A season that seemingly couldn’t get much worse for the Dallas Cowboys did just that, in a 25-3 blowout loss to the Washington Football Team.

Andy Dalton struggled for the second straight week before exiting the game following a crushing hit from Washington’s Jon Bostic, who was ejected from the game.

With Dalton sidelined, backup Ben DiNucci, a rookie seventh round pick out of James Madison, took over with the game largely out of reach.

Washington’s defense deserves some praise, as Montez Sweat had two sacks, and a forced fumble – still, a number of Dallas’ wounds were self-inflicted.

As far as offense for Washington goes, Kyle Allen picked apart Dallas’ much-maligned defense for 194 yards and two touchdowns, while running back Antonio Gibson set the tone on the ground with 128 yards and a score.

Adams has career day vs. Texans

Aaron Rodgers sure is glad to have Davante Adams back and healthy.

After missing a month earlier in the season, Adams is settling back in nicely.

The Packers wideout eased back into action last week in a loss to the Buccaneers, but fully hit his stride in Sunday’s 35-20 win for the Pack.

Adams caught 13 passes for a career-high 196 receiving yards in the blowout win, which saw Rodgers throw a total of four touchdowns and 283 yards.

Green Bay rolled out to an early 21-0 lead before the Texans got on the board in the third quarter, but a late David Johnson fumble doused any prospects of a Houston comeback in the fourth.

The Saints moved to 4-2 after a back-and-forth battle against the Carolina Panthers.

Drew Brees worked with efficiency, going 29-for-36 for 287 yards and two touchdowns, while Alvin Kamara had 83 yards on the ground and 65 on the catch.

Panthers QB Teddy Bridgewater showed out against his former team with 254 passing yards and two touchdowns, both of which went to D.J. Moore

The Panthers had a chance to tie it late with a 65-yard field goal, but Joey Slye’s attempt fell short as Carolina dropped to 3-4 in the ultra-competitive NFC South.

On the previous possession, Falcons running back Todd Gurley appeared to mistakenly score a touchdown with the Falcons down 16-14 with 1:12 to go.

Gurley looked as though he wanted to fall short of the goal line, which would have given Atlanta an opportunity to burn off more of the clock, but wound up scoring anyway.

That thinking turned out to be prudent – albeit hindsight is 20/20 – as the Lions used the time remaining to earn the win and even up their record to 3-3.

With six successful field goals, Tyler Bass did all the scoring Buffalo needed to see off the winless Jets, 18-10.

The Jets ran out to an early 10-0 lead behind La’Mical Perine’s first career touchdown, but the Bills circled the wagons and pitched a shutout from there.

Josh Allen racked up 307 yards in the air and 61 on the ground, as the Bills pushed their record to 5-2.