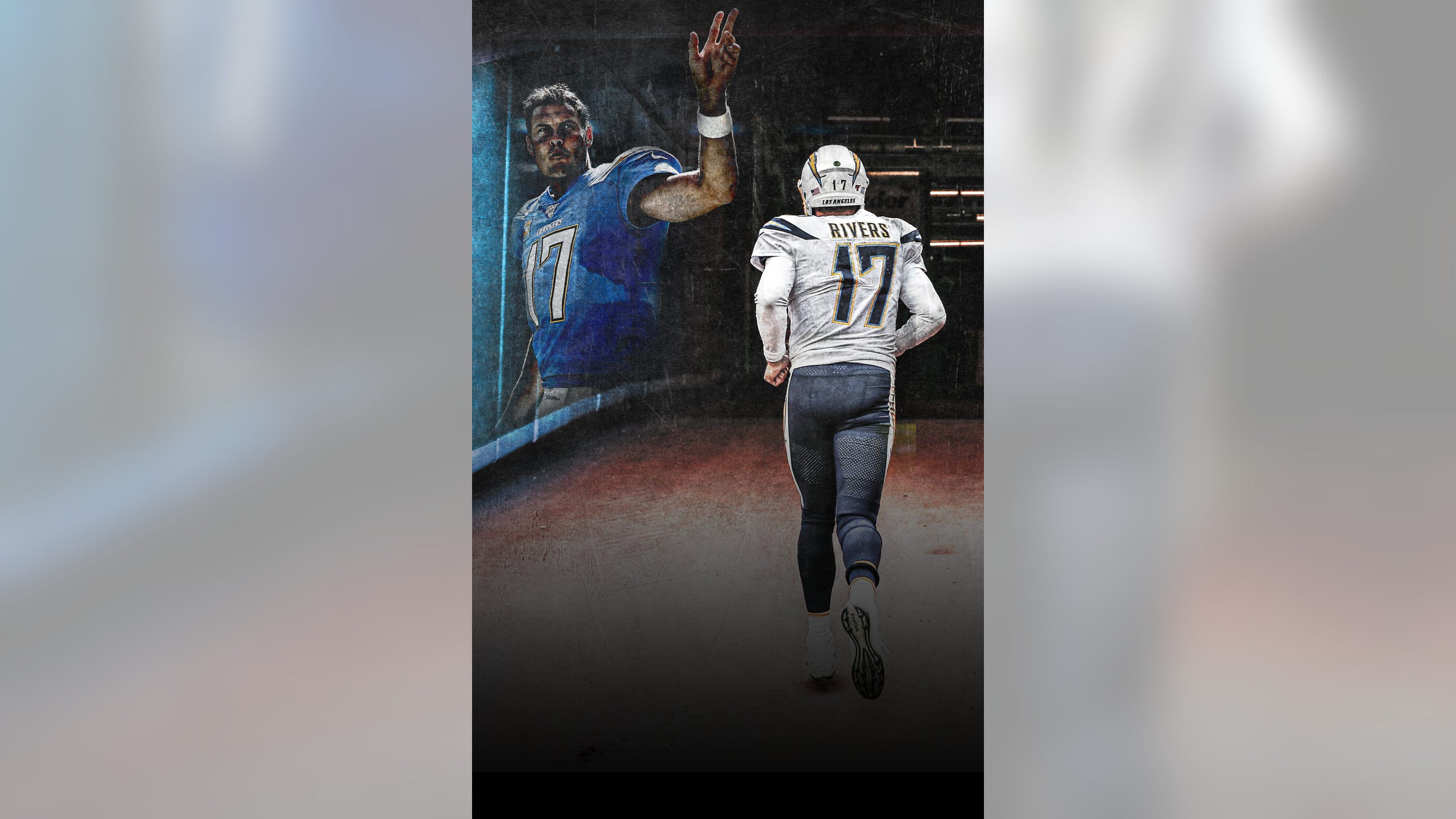 Philip Rivers is calling it a career.

"It's just time," Rivers said, per Kevin Acee of The San Diego Union-Tribune.

The 38-year-old quarterback was the No. 4 overall pick in the 2004 NFL draft. Selected by the New York Giants, he was involved in a draft-night swap with the then-San Diego Chargers for No. 1 overall pick Eli Manning.

Rivers spent 16 seasons with the Chargers, 13 of which were in San Diego before the franchise relocated to Los Angeles, before playing the final season of his 17-year career with the Indianapolis Colts.

A North Carolina native known for his on-field banter and unique way of getting around the use of expletives, he released a statement on his retirement that is vintage Rivers.

With 421 career touchdown passes and 63,440 passing yards, Rivers ranks fifth in league history in both categories.

He made eight Pro Bowls in his career, all with the Chargers, and his streak of 240 consecutive starts at QB is second behind ironman Brett Favre's total of 297.

Despite his regular-season success, including a 134-106 lifetime record and just four seasons below .500, Rivers made it as far as the AFC Championship only once in his career, back in 2007. 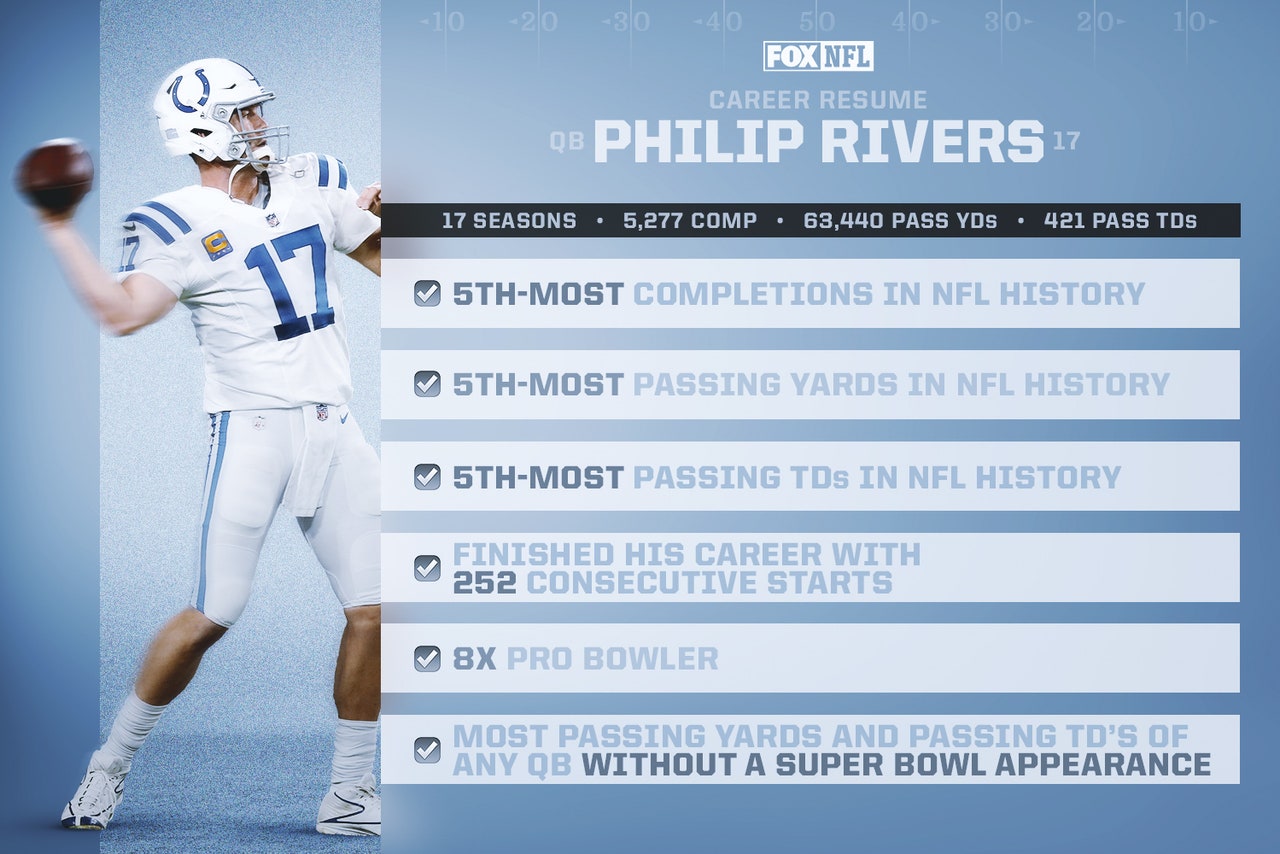 With his career officially over, the question now is if Rivers belongs in the Hall of Fame. Nick Wright delved into the subject on First Things First.

"If Philip Rivers is a Hall of Famer, then, evidently, all it means in the modern era to be a Hall of Famer is just be, you know, somewhere around a top-10 quarterback, and you'll make the Hall of Fame."

Shannon Sharpe reflected on Rivers' career and the competition the QB faced on Undisputed:

Here's how current and former players, along with others in the sports world, reacted to the veteran QB's decision via social media: