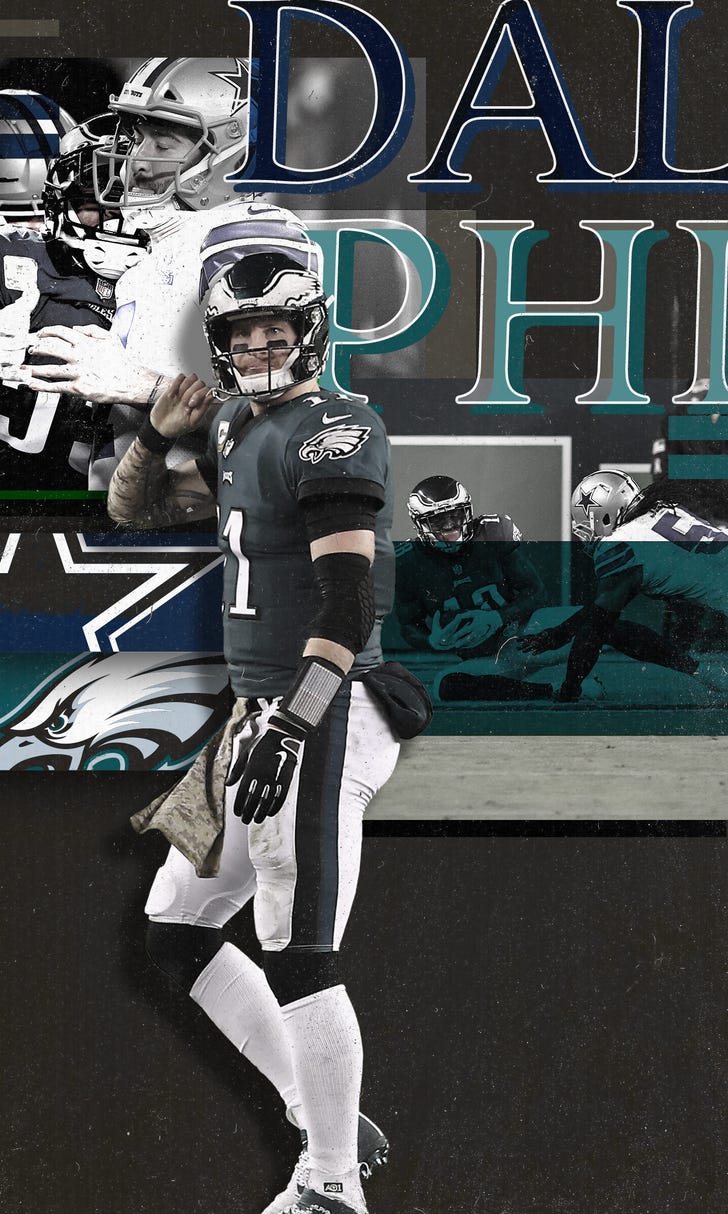 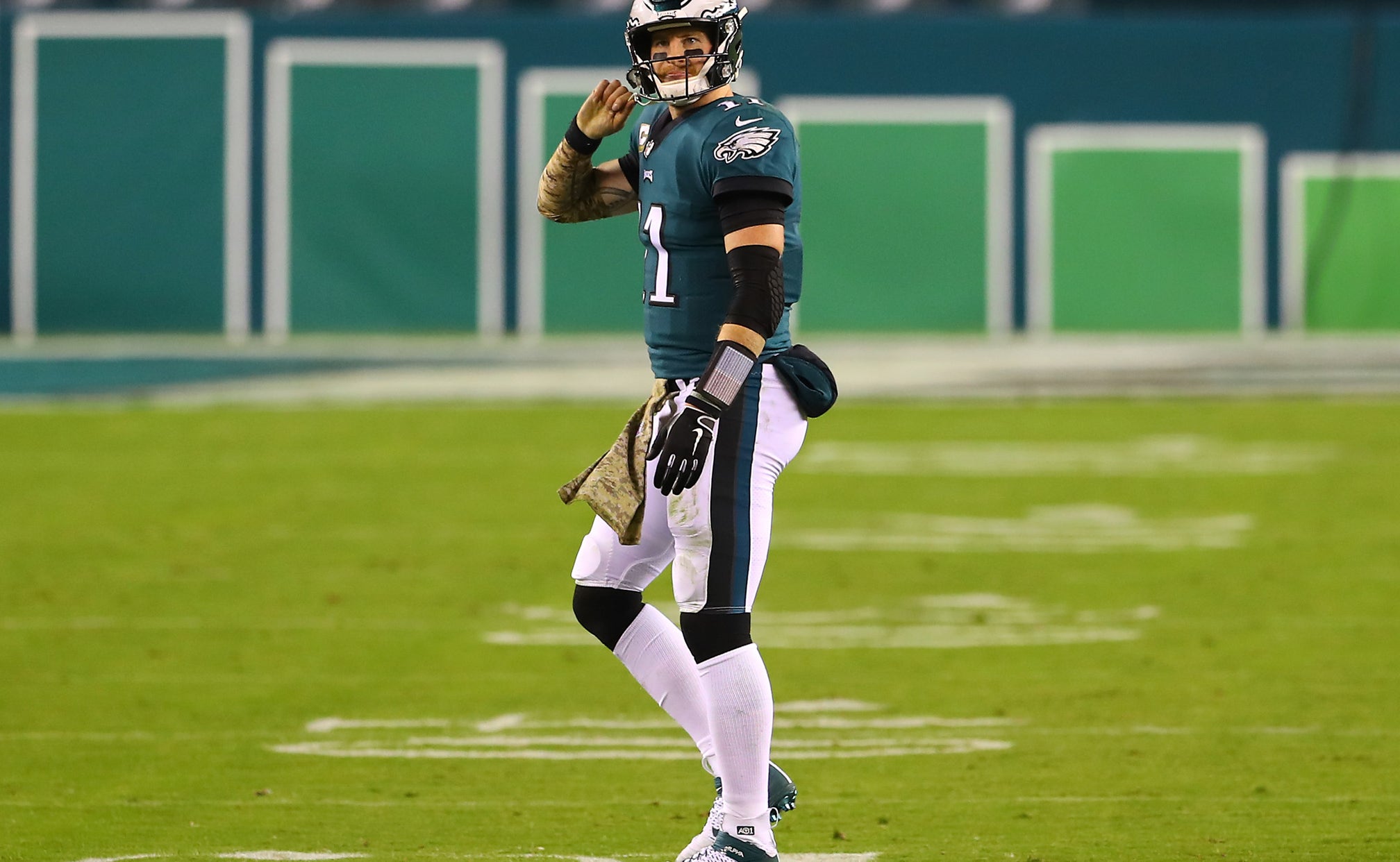 Very rarely does a team commit four turnovers and end up victorious in the NFL.

But this season's version of the NFC East is quite the rare breed.

The Philadelphia Eagles won their second consecutive NFC East contest on Sunday with a 23-9 win over the Dallas Cowboys.

Here are the key takeaways from Sunday Night Football:

The Eagles and Cowboys combined to turn the ball over six times on Sunday night, and the team that lost the turnover battle actually won the game.

Philadelphia quarterback Carson Wentz continued his torrid streak of carelessly giving the ball to the other team, ending the night with two interceptions and two lost fumbles.

Wentz has now turned the ball over every game this season, either via interception or lost fumble. He has thrown two picks in five games this season, and he now has 12 passing touchdowns and 12 interceptions on the year.

Wentz finished the night with 123 passing yards and two touchdowns on 15 of 27 passing, and he's only thrown for over 300 yards once this season, in a 22-21 win over the struggling New York Giants in Week 7.

The Eagles now own one victory over a team outside of the NFC East – a 25-20 win over a Jimmy Garoppolo-less San Francisco 49ers team on Oct. 4.

...starting quarterback for the Dallas Cowboys.

DiNucci was the 231st pick in the 2020 NFL Draft, and made his first career start on Sunday in one of the biggest games of the season for Dallas, a team looking to somehow claw its way to the top of the lowly NFC East.

DiNucci was by no means bad – he was just Ben DiNucci, a seventh round draft pick thrust into the fire against a division rival.

DiNucci completed 21 of 40 passes for 180 yards. He didn't throw a touchdown or a pick, and finished with a passer rating of 64.6.

While his performance didn't bury the Cowboys chances at victory, it certainly didn't inspire confidence for a Dallas team in need of a miracle, with its star quarterback and backup QB sidelined.

3. What happened to the Dallas weapons?

Seriously – what happened to them?

While Dallas has been hit hard with injuries to its offensive line – and of course, the quarterback position – its star offensive players have struggled to produce in recent weeks.

Ezekiel Elliott rushed for 63 yards on 19 carries on Sunday, and he has yet to rush for 100 yards in eight games this season, the longest streak of his career not reaching the century mark on the ground.

Cowboys star receiver Amari Cooper has been solid on the season, but only caught one ball for five yards on Sunday, and after crossing the 100-yard receiving mark in two of the first four weeks, he has been held under 100 yards receiving in four straight games.

Lastly, rookie wideout CeeDee Lamb – who is having a strong season by rookie standards – caught just four balls for 27 yards, one week after finishing with zero catches and zero yards in Dallas' 25-3 loss to Washington.

Clash Of The Titans
Two smashmouth 8-3 AFC teams collide in Week 13. Jason McIntyre breaks down his best bets on that game and much more.
4 hours ago

The NFL’s Most Fascinating Team
The New York Giants have put themselves in position for a playoff spot by accepting their shortcomings and working around them.
12 hours ago

Colin Cowherd's Blazin' 5: Week 13
Colin Cowherd is back with his favorite five picks against the spread ahead of Week 13.
13 hours ago

Burrow's Road To Return
What did Joe Burrow's surgery entail? What will rehab look like? Dr. Matt Provencher answers those injury questions and more.
16 hours ago