Odell Beckham Jr. silent on OTA absence, will ‘for sure’ be at mandatory minicamp

Teams across the league are in the midst of OTAs, getting a first look at both rookies and veterans on the same field together. The workouts are completely voluntary, but for the most part players attend with the goal of building a rapport and getting into “football shape” before training camp.

One notable absence has grabbed headlines the past few days, though, and it’s created a bit of a controversy. Wide receiver Odell Beckham Jr. missed the first two days of OTAs for the Giants but was expected to return on Thursday. He didn’t, and there’s no telling when he will be on the field with his teammates.

At the latest, he’ll participate on June 13, when mandatory minicamp gets underway. Before then? Who knows.

"No comment," Beckham told NFL Network when asked whether he’ll participate in the remainder of OTAs. "I love my team and am excited about the season.” 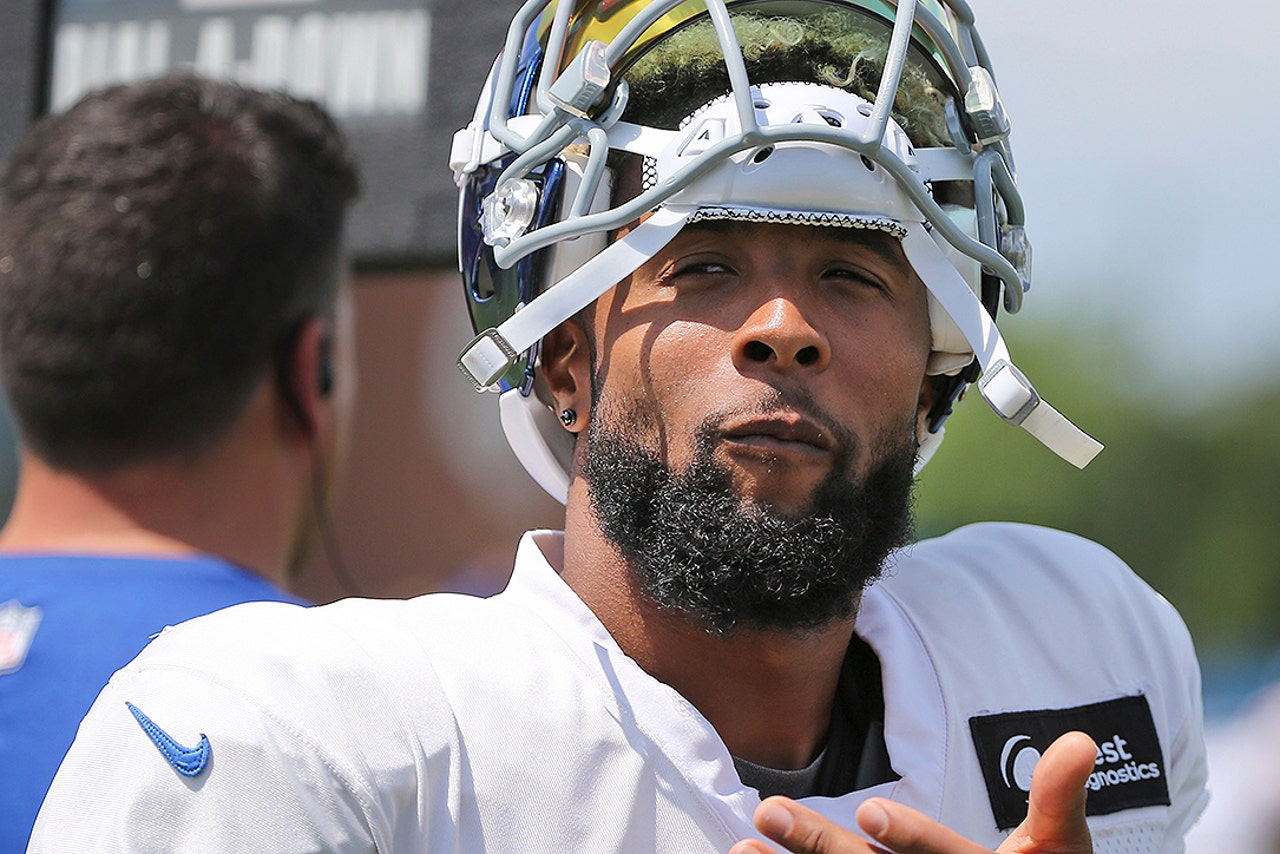 Head coach Ben McAdoo made that clear on Thursday by saying he wants all of his players in attendance.

“They have some valid reasons why they’re not here,” Harrison said. “I’m sure they’re not here just because they just didn’t feel like coming. If I didn’t live in New Jersey full-time, I probably wouldn’t be here right now. [Vernon’s] from Miami. Have you seen the weather here lately? I’d run from it, too. I’m sure they’ve got some good reasons why.”

Clash Of The Titans
Two smashmouth 8-3 AFC teams collide in Week 13. Jason McIntyre breaks down his best bets on that game and much more.
3 hours ago

The NFL’s Most Fascinating Team
The New York Giants have put themselves in position for a playoff spot by accepting their shortcomings and working around them.
11 hours ago

Colin Cowherd's Blazin' 5: Week 13
Colin Cowherd is back with his favorite five picks against the spread ahead of Week 13.
12 hours ago

Burrow's Road To Return
What did Joe Burrow's surgery entail? What will rehab look like? Dr. Matt Provencher answers those injury questions and more.
16 hours ago