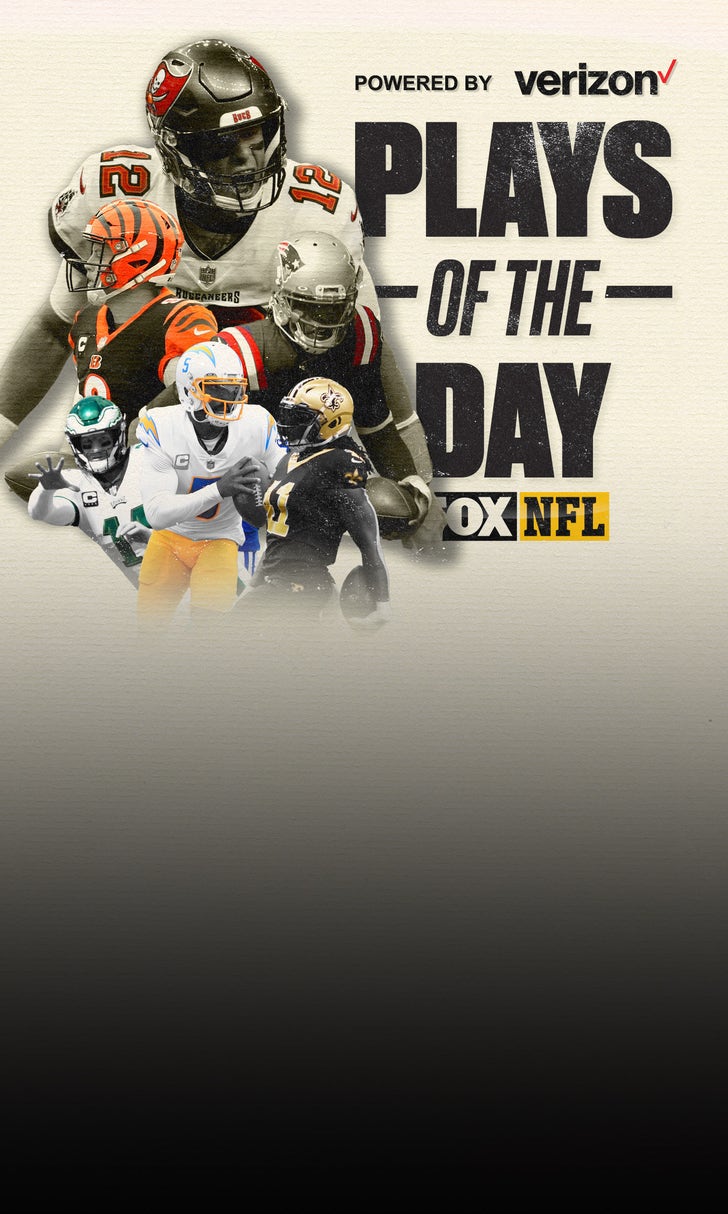 The first Sunday of the NFL season lived up to the hype, with the biggest superstars showing up and showing out – and there's some rookies in the mix, too!

Let's check out some of the top moments from the opening slate of NFL games.

Prior to kickoff, teams across the league banded together to protest and acknowledge racial injustice.

Tom Brady's first TD in TB comes on the ground

Just as we all expected, right?

Come for Brady's first score as a Buc – stay for the spike.

The first TD celebration of the season belonged to the Eagles.

We like, we love it, we want some more of it.

Rodgers says pressure is no problem, and airs it out to Davante Adams for a nice little TD.

Chase Young is really a rookie

DE Chase Young, we welcome you to the league with open arms.

The only logical solution when a defender is heading straight toward you is to jump, right?

Adam Theilen is feeling himself

Just keep this play on repeat.

Get yourself a back who can do it all, like Carson can.

Allen Robinson with the stretch and grab

It was a roller-coaster day for Bears fans, and this one was a lot of fun.

Anthony Miller with the game-sealing TD

What did we say about a roller coaster?

Spoiler alert: Stafford & Co. could not answer back, and Miller locked up the W.

Mark Andrews with the one-handed snag

Would we expect anything less from the Ravens?

TE Mark Andrews is already showing out, and we have a feeling Baltimore is only getting started.

The Philip Rivers era in Indy has begun with a bang.

New team, but no growing pains. Blue and white looks good on him.

WR Nelson Agholor might be new to the Raiders this year, but that QB-WR connection looks like it's been years in the making.

Perfectly executed toss and catch – we rate this one 10/10.

Joe Burrow threw 60 TDs for the LSU Tigers last season, but his first NFL touchdown came courtesy of his feet.

What patience from the rookie.

No juke necessary for Mostert

Not much flavor was needed on this TD catch and run for Niners running back Raheem Mostert.

Mosterati – is there a better NFL nickname?

Mike Williams snagged the 36-yarder, but what was even more impressive is how he held onto it.

Ouch, that one had to hurt.

Arizona special teams were extra special on this play.

Block it, scoop it, and go!

It was a little too late for breakfast, but that didn't stop Trent Williams from delivering a big pancake block.

This blow was so sweet, syrup wasn't even needed.

Meanwhile, in the Big Easy...

Things aren't going so well for Brady in his Tampa Bay debut.

First pick as a Buccaneer:

First pick-6 as a Buccaneer:

New Orleans with the double-pass play

The Saints were having fun and getting things done.

WR Emmanuel Sanders made himself right at home in New Orleans.

Slipped the tackle, and scored the TD.

Yes, Kyler Murray has his own brand of magic.

Superstar Wars
Bill Belichick has anointed a new star. And there's a chance that his powers have already surpassed those of his predecessor.
39 mins ago