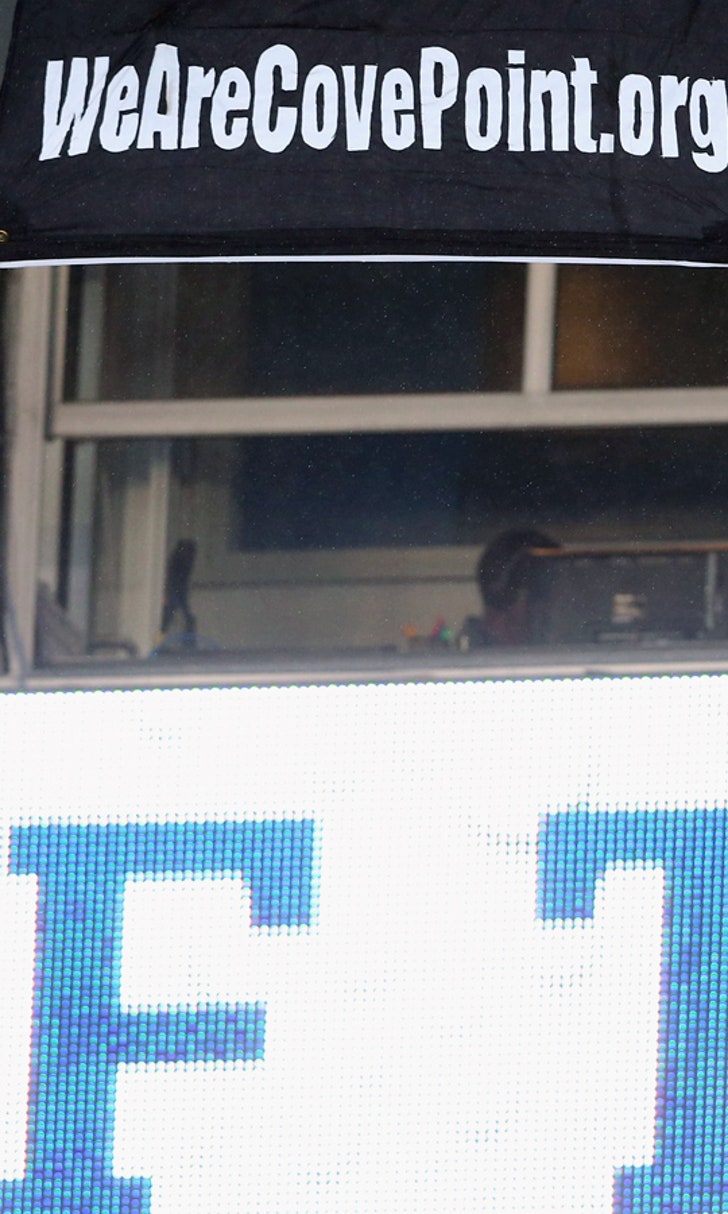 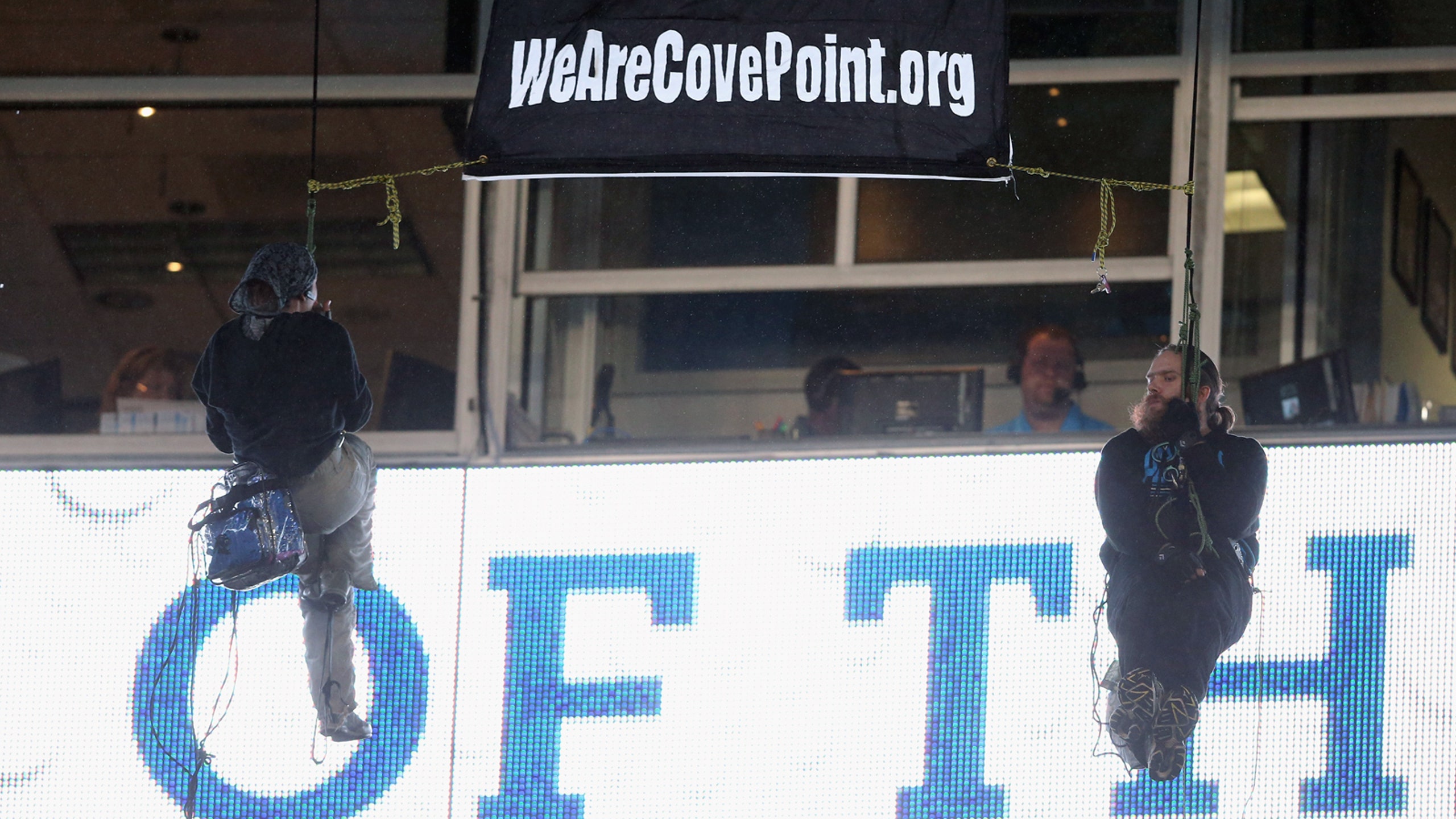 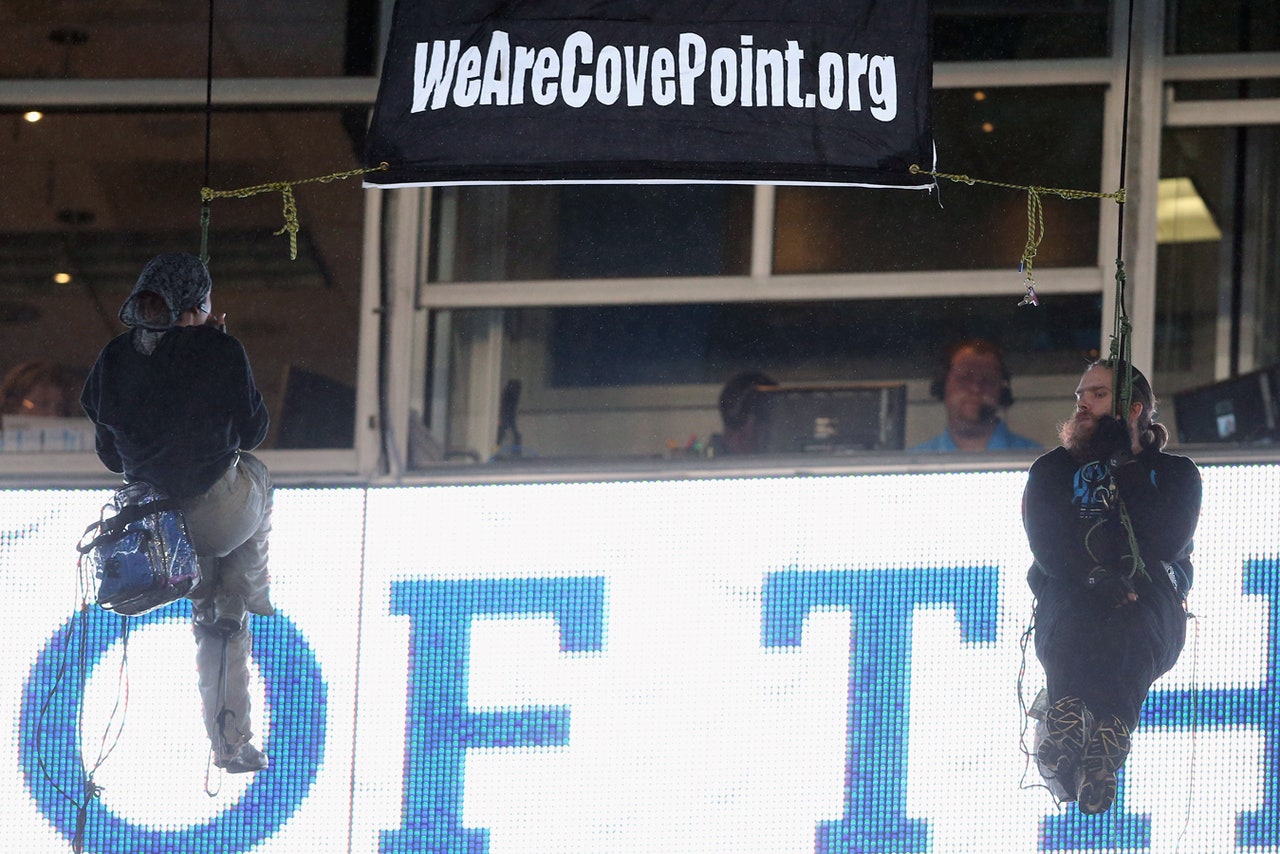 The NFL and the Carolina Panthers still don't know how protesters got rappelling gear into the team's stadium Monday night and suspended themselves by cables from the upper deck during a nationally televised game against the Indianapolis Colts.

Panthers director of security Lance Emory said Tuesday the protesters got into the game with tickets purchased through NFL Ticket Exchange.

"We are conducting an inquiry as to how the rappelling equipment got in," Emory said. "We don't know at this time but we are trying to determine that."

Charlotte Mecklenburg Police arrested four people -- the two that rappelled and two others that assisted them -- and charged them with second degree trespassing and resisting a public officer.

The people arrested held up banners protesting against Bank of America, which owns the stadium's naming rights.

Emory said it's still too early to know if the equipment used to stage the protest was brought into the 75,413-seat stadium through security days before the game or on Monday night through security checkpoints.

The Panthers went to a "clear bag policy" three years ago where fans can only bring certain items into the stadium and they must be in a clear bag that is limited in size.

Emory said the incident is disturbing.

"We're always concerned with how somebody can bring in something that would disrupt the game," Emory said. "Was it a bomb? No. Did anybody get hurt? Thank God no. Those are our first considerations, but sure it is concerning."

Emory said he isn't sure exactly what gear was brought into the stadium, saying it was confiscated by Mecklenburg County Police after the arrest.

NFL spokesman Brian McCarthy said in an email to The Associated Press that said, "NFL security is reviewing with the club all aspects of the incident to understand what happened."

The Panthers will re-train their employees on conducting searches of incoming fans, Emory said. He said it's unclear if fans can expect longer lines getting into next Sunday's game against the Green Bay Packers due to tightened security.

"We are going to look as closely as we can without inconveniencing the fan, which is a delicate balance every time," Emory said. "I wouldn't say it would have a negative effect. Everybody realizes what happened so they don't want to reoccurrence of that."

Two protesters rappelled down from the upper deck during the second half and dangled in the air for more than 30 minutes. They hung over fans seated in the lower bowl and in front of the glass press-box windows, displaying a banner telling the Charlotte-based financial institution to "dump Dominion."

The banner included a website address for We Are Cove Point, a group opposed to the planned liquefied natural gas export facility in Cove Point, Maryland.

On its website the group had a planned press release about the protest outlining opposition to Bank of America's role in financing a liquefied natural gas export facility by energy company Dominion Resources. The website received so many hits it crashed.

Emory said he was in a security booth when he got a phone call from the NFL security rep telling them there were people rappelling from the upper deck.

He said he thought he heard the message wrong at first.

From there, Charlotte Mecklenburg Police and Fire Department took over handling the safety of the fans and the protesters. The evacuated fans from the lower deck below the protesters as a precaution.

No one was hurt during the protest.