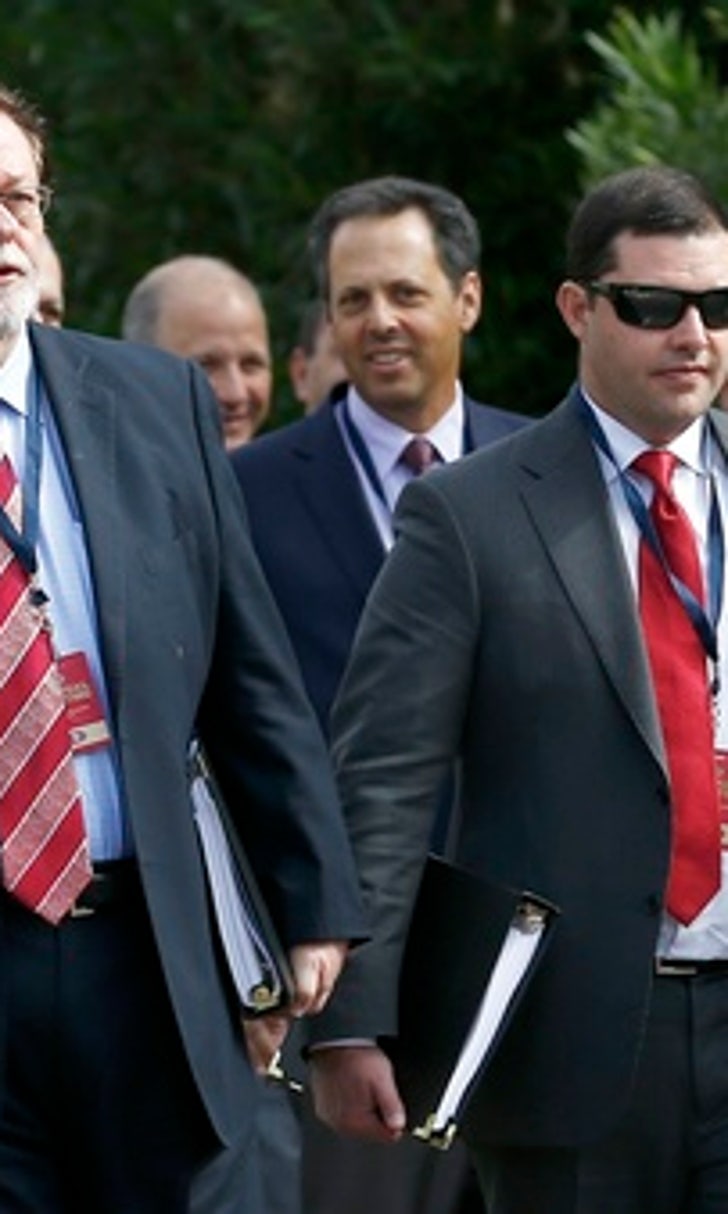 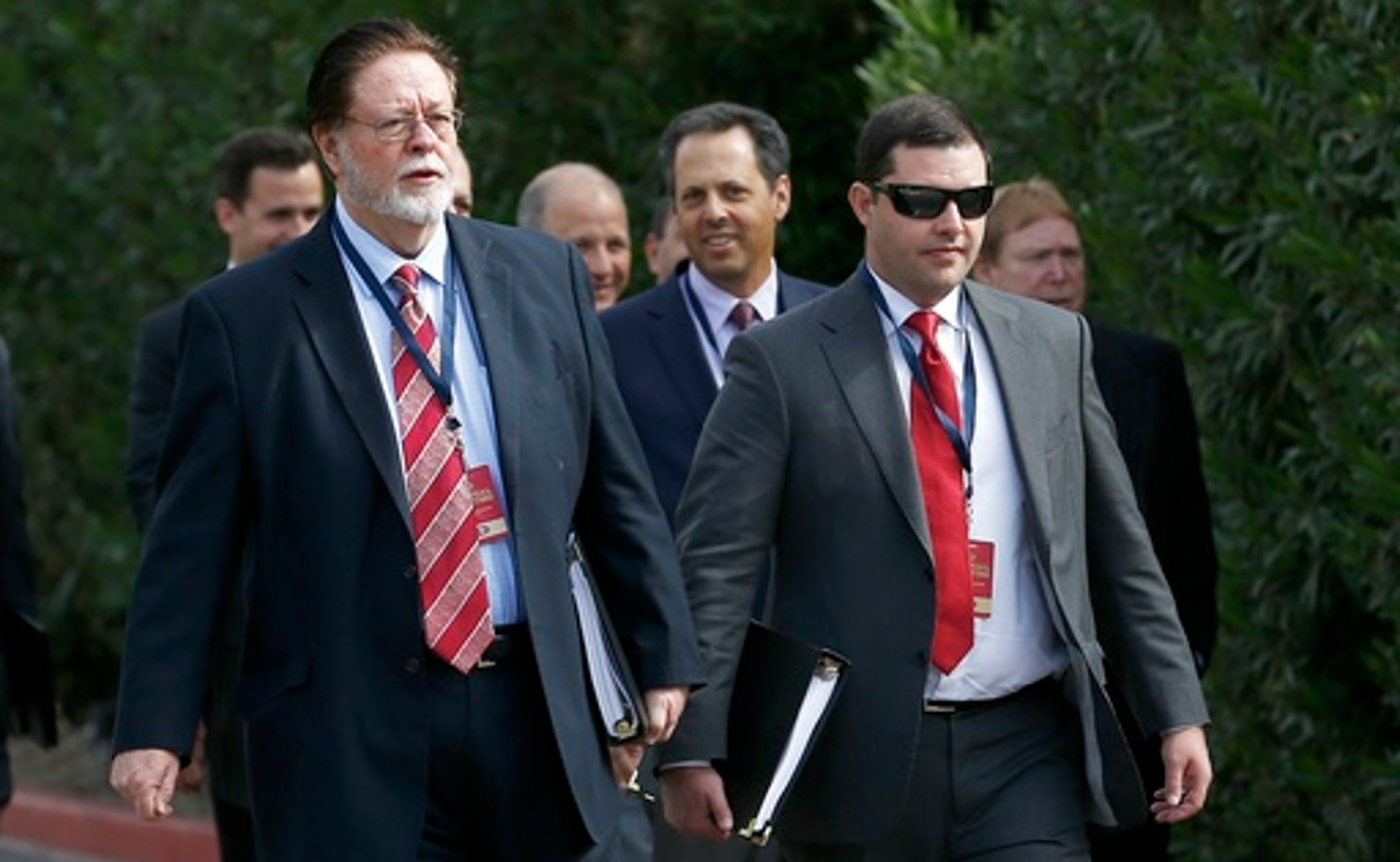 One day after approving the Oakland Raiders' move to Las Vegas, the owners sped up discussions on dozens of subjects.

That led to a change in handling officiating of video replays; eliminating ''leapers'' trying to block field goals or extra points; adding protections for defenseless receivers running their routes; and further discussions with the players about loosening restrictions for on-field celebrations.

The NFL also extended bringing touchbacks out to the 25-yard line for another year; made permanent the rule disqualifying a player who is penalized twice in a game for specific unsportsmanlike conduct fouls; and tabled reducing overtime in the regular season from 15 minutes to 10, a subject likely to be addressed at the May meetings in Chicago.

Referees will now watch replays on the field using Surface tablets, eliminating ''going under the hood'' to watch on television monitors. League officiating chief Dean Blandino and his staff in New York will make the final decisions on those calls, with input from the referee, who in the past was the ultimate arbiter after consulting with league headquarters.

''We've been doing this for three seasons, since 2014,'' Blandino said of the centralized reviews. ''It's worked in the replay process.''

Blandino, who has two assistants who also can make the final decisions at the officiating headquarters, said he has no concern about being undermanned during a heavy schedule.

The leaper rule was a slam dunk, and passed unanimously.

''To a person, the players association was quick to say `we don't like this play,''' competition committee chairman Rich McKay said. ''That absolutely always plays a part in our decision. It was an easy play to get out.''

Commissioner Roger Goodell asked that adjustments in the strength of rules limiting player celebrations be tabled so he could meet with players to ''bring clarity to the rules while allowing players more ability to celebrate'' while avoiding over-the-top demonstrations. That proposal likely will be revisited in May.

McKay noted that just because ejections and suspensions for egregious hits have been made a permanent rule instead of a one-year deal doesn't mean the league has a problem. The committee believes suspensions are ''the ultimate detriment to players'' and will curb any further incidents.

Also tabled was eliminating the mandatory summer cutdown to 75 players, which would leave only one cut at the end of preseason.

Voted down were suggestions to permit coaches to challenge any officials' decisions other than scoring plays and turnovers, which automatically are reviewed. Washington's proposal to move the line of scrimmage to the 20-yard line instead of the 25 if a kickoff is sent through the uprights was defeated.

-Crackback blocks by a backfield player who goes in motion are now banned.

-Creating an unsportsmanlike conduct penalty for committing multiple fouls during the same down with the purpose of manipulating the game clock.

-Allowing teams to interview or hire an employee of another team during the season if the other team consents.

-Modifying some bylaws regarding bringing draft-eligible players to clubs' facilities; changed procedures for returning a player to the active ranks from lists such as physically unable to perform, non-football injury or non-football illness; and tightened the restrictions on what is considered a local workout before the draft.

Those local workouts worked against teams with few major colleges in the area or players who are residents, citing Green Bay vs. Miami.

Withdrawn were proposals to award a third coaches' challenge as long as a team was correct on one of its first two challenges instead of on both; eliminating the maximum of three challenges entirely; and permitting a club to negotiate and reach a contract with a head coaching candidate anytime during the postseason. Now, there is a specific window for interviewing such candidates, whose season must be over before they can be hired.

The league also discussed allowing players and coaches on the sidelines to use the tablets to watch video, but that was not on the voting agenda Tuesday. For now, they can only look at still photos on the tablet.

''We're pleased to build on our partnership with the NFL and help lead the digital transformation of the game with today's approval of NFL referees conducting video reviews on Surface this upcoming season,'' said Jeff Tran, director of sports marketing and alliances at Microsoft.

''The introduction of Surface to this aspect of the game will improve consistency and accuracy of decisions and also speed up the overall review process to enhance the viewing experience for fans.''

Titans-Steelers Game Postponed
The Titans and Steelers will see their Sunday tilt moved to either Monday or Tuesday after a COVID-19 outbreak in Tennessee.
5 hours ago

Toast in Texas?
Houston sits at 0-3 for the second time in three years. Can the Texans turn it around like in 2018? Or is the hole too deep?
21 hours ago