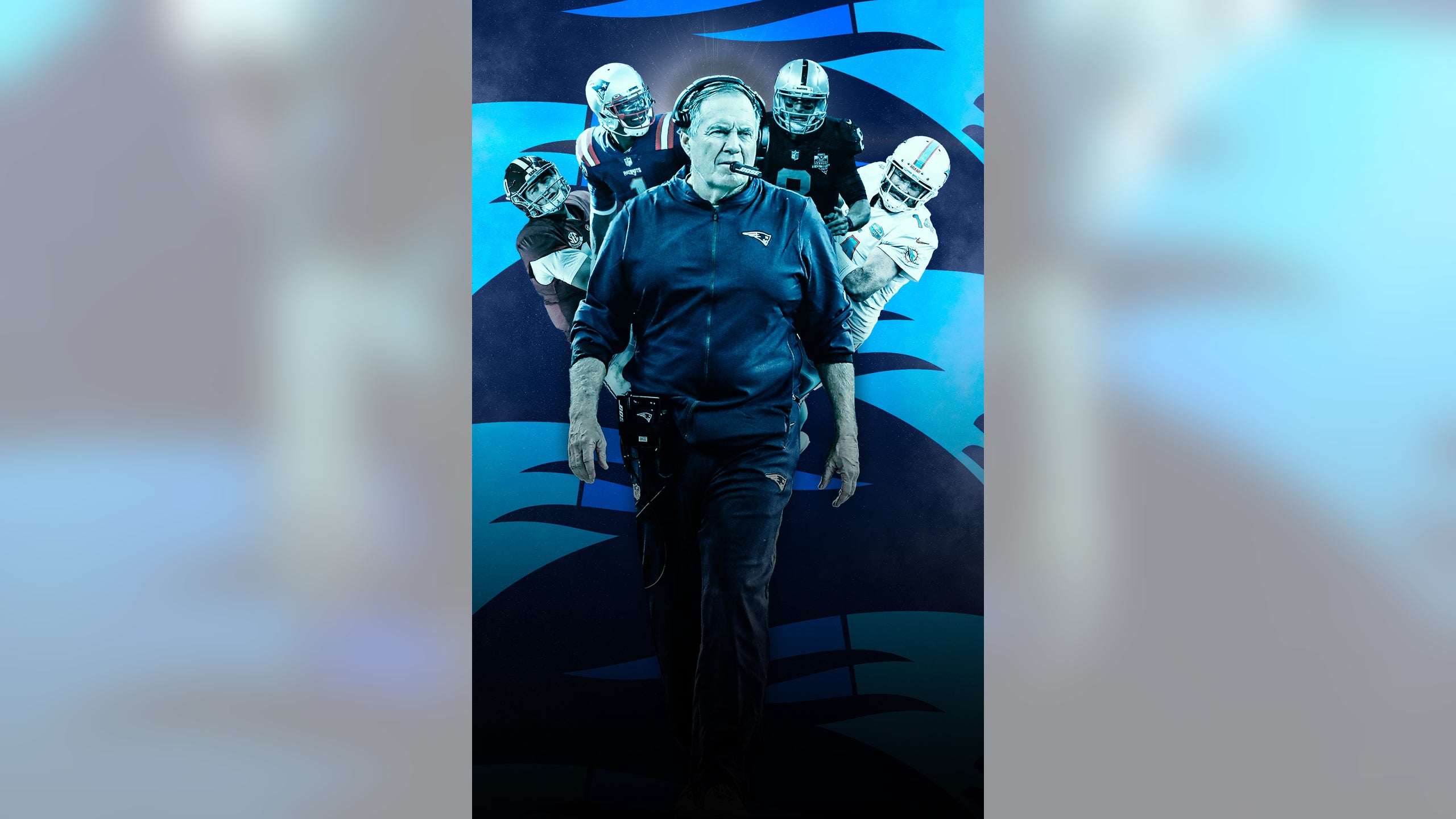 previous story
The Boston Celtics are struggling to stay above water. What has gone wrong?
next story
How to win $25,000 on the NBA with FOX Super 6
New England Patriots

It must have been hard for Bill Belichick to watch.

Tom Brady, in his first season out from under the coach’s watchful eye, led the Tampa Bay Buccaneers to a championship. Meanwhile, the New England Patriots struggled to a 7-9 finish, finishing ahead of only the lowly New York Jets in the AFC East.

But you know that Belichick isn’t going to take that sitting down. You know he’s not going to slink off meekly and start preparing for retirement.

He’s going to come back with a vengeance and work harder than ever to rebuild his roster – starting at QB.

"You know that coming this offseason," said former NFL player Louis Riddick on ESPN's "Get Up," " ... given that they’re going to have upwards of $70 million in cap space, he’s going to have some freedom to now go out and get some of the parts that he needs, starting with quarterback."

But the big question Belichick and the Patriots are facing is who exactly will take the snaps in New England next season.

The crew on ESPN's "Get Up" pointed out that the coach prefers smart quarterbacks, mentioning names like veterans Ryan Fitzpatrick or Marcus Mariotta as fitting that mold – or, perhaps, the Patriots could trade up in the NFL draft and go after Alabama star Mac Jones.

On "First Things First," Nick Wright posited that with all of that cap space, are in a great position:

As a counter-point, Brandon Marshall argued that Belichick should bring Newton back for another try, pointing out that the Patriots’ problems went far beyond the quarterback position.

"This team is depleted. This team, when you think about the defensive side, they didn’t play well. … On the offensive side, you have no pass-catchers, at all. I don’t know what’s going to happen with Julian Edelman. We don’t know where his health is. Did he hit that wall? Is he finally hit that decline? How is he without Tom Brady? But there is a problem there."

In advocating for Newton, Marshall pointed to an interview he had with the quarterback on his podcast, "I Am An Athlete," in which Newton detailed the trials of a 2020 season that was interrupted by COVID.

"Everybody was talking about, ‘Wow, is it time to consider Cam Newton as the quarterback of the future?’" Marshall said. "And then COVID hit after Week 3, and everything fell apart."

Indeed, in the first three weeks of the 2020 season, Newton completed 68 percent of his passes for 714 yards and a 89.7 passer rating. He also rushed for 149 yards and four touchdowns, averaging 4.26 yards per carry.

In the last 12 games of the season, Newton’s passer rating dropped to 80.6, and he threw only six touchdown passes along with eight interceptions. He also took 26 sacks in the final 12 games.

Is it just a matter of bringing Newton back and giving him more help? That’s debatable, but one thing is clear – Newton loves Belichick and would welcome a return.

As quarterbacks continue to shuffle around the NFL this offseason, the situation with the Patriots will be fascinating to watch.

Visions of greatness?
Some think New England has the chance to snag a QB reminiscent of a former Patriots legend with the No. 15 pick in the NFL Draft.
4 days ago