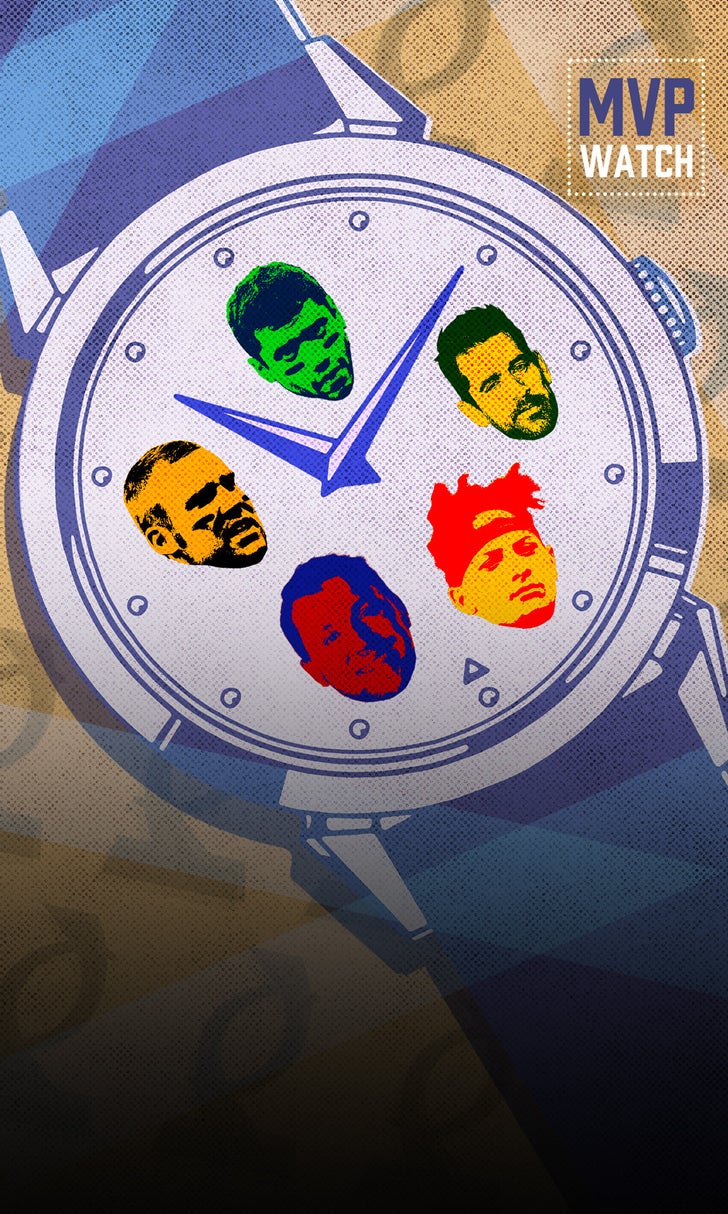 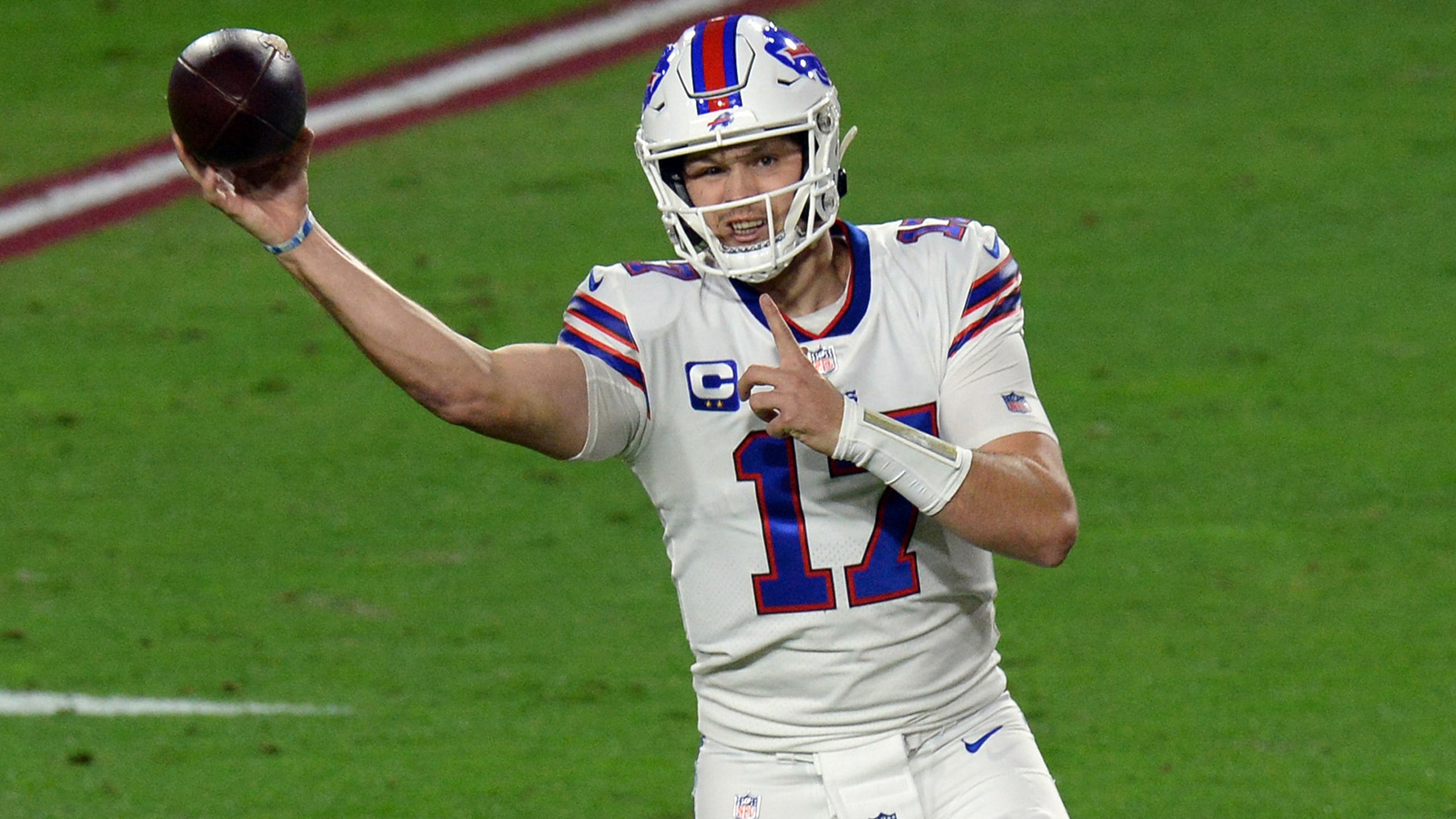 We're in the home stretch of the regular season, and while Patrick Mahomes is still running away with the MVP award in the oddsmakers' eyes, some other QBs are making late pushes.

Josh Allen, for one, hadn't been in the top five in nearly a month, and now the Bills QB has leapfrogged the likes of Big Ben and Russell Wilson. There's still plenty of intrigue to be had! 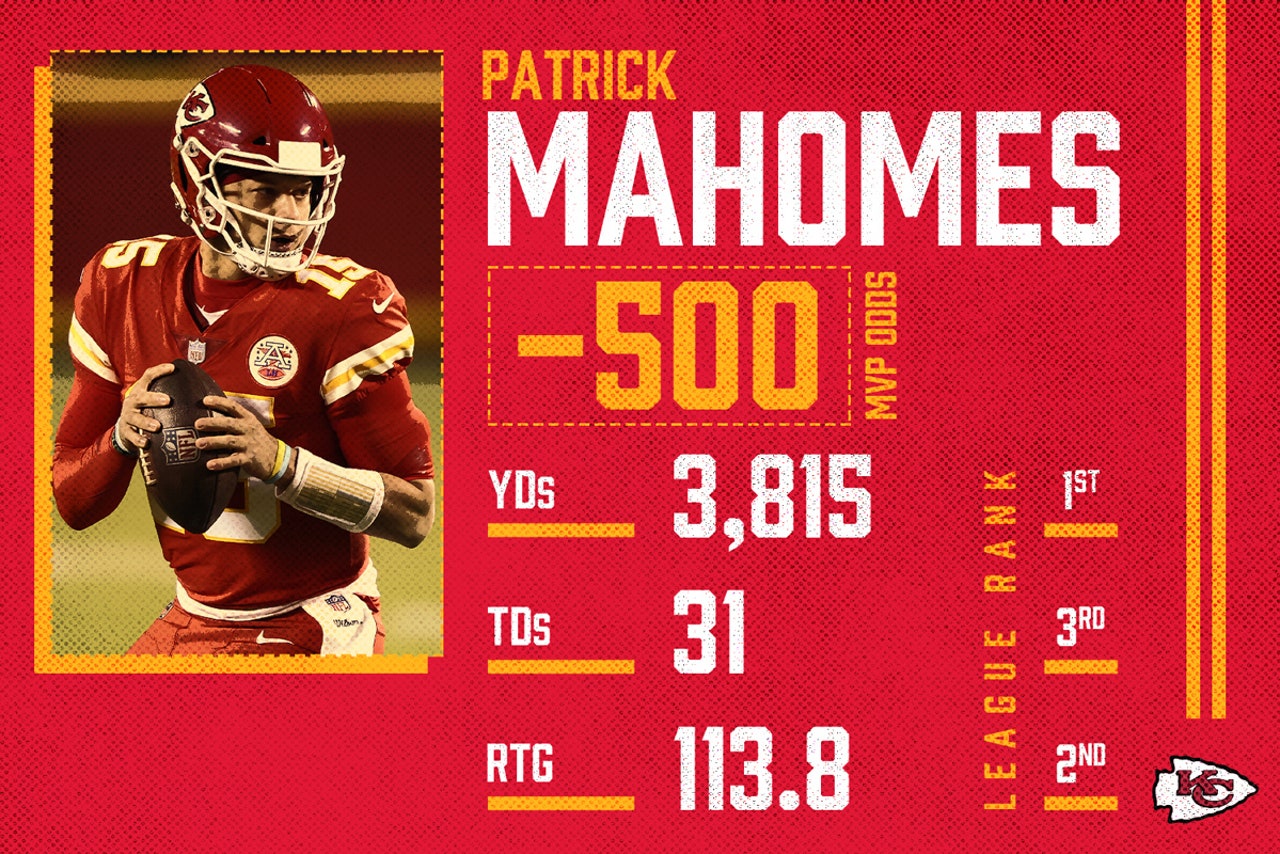 How it's going: The Denver Broncos gave the Kansas City Chiefs a bit of a scare in KC's 22-16 win on Sunday night. It wasn't a game he'll put in the time capsule, but Mahomes managed to come up clutch when it mattered most. His TD to Travis Kelce late in the third quarter was Mahomes' only touchdown pass of the game, but it gave the Chiefs the lead for good.

What's up next: The Dolphins are quietly playing some solid football, especially on the defensive side of the ball. They've generated the league's second-most turnovers and have held opponents to a combined 10 points the past two weeks. Granted, they played the Jets and Bengals in those games, but they should still pose a test for Mahomes, who has yet to face Miami.

What people are saying: "I'm going to give him a C+ ... How did you have to scratch and claw to get all the way up to 22 points?" ⁠– Skip Bayless 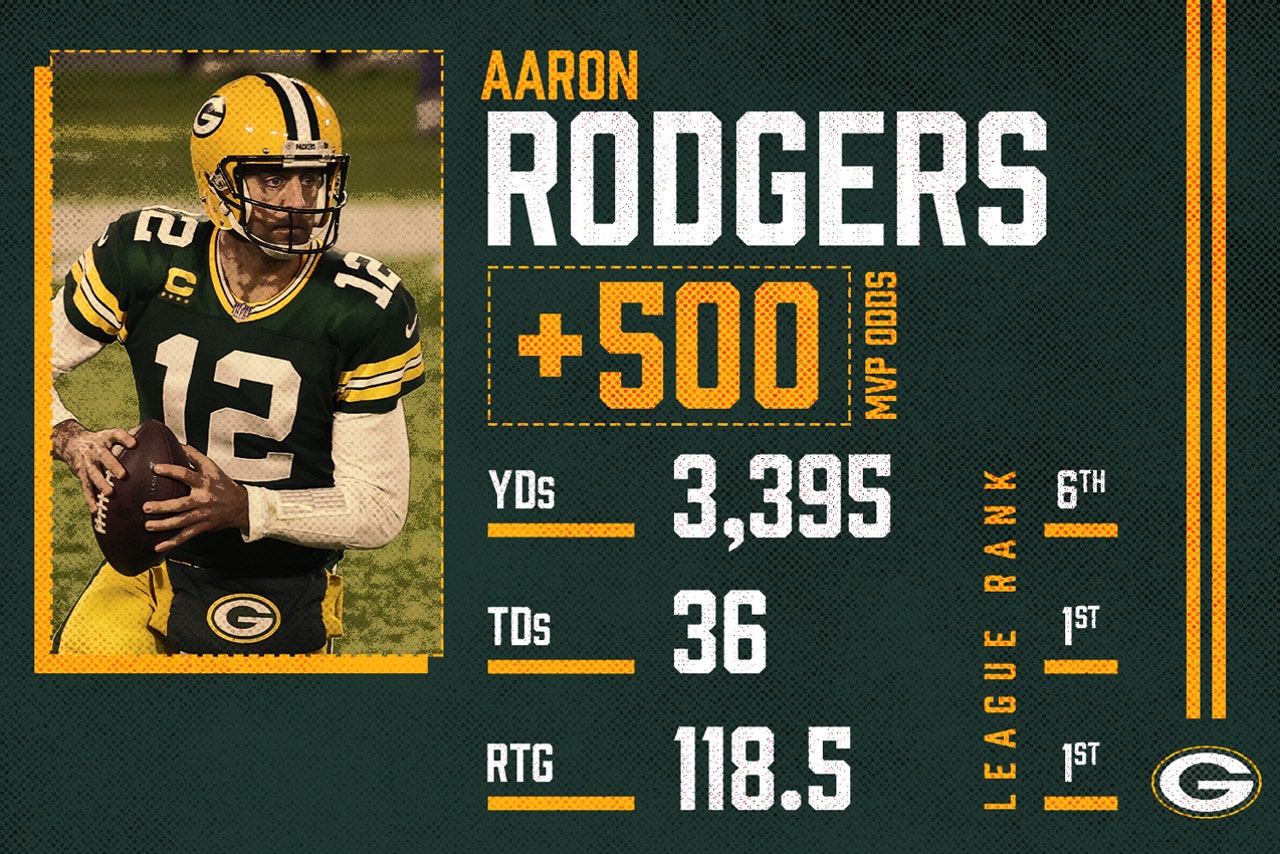 How it's going: Rodgers feasted against the lowly Philadelphia Eagles on Sunday, throwing for three touchdowns and just shy of 300 yards on 25-of-34 attempts. As he's done all season, Rodgers found Davante Adams often, connecting with the standout receiver 10 times for 121 yards and two scores.

What's up next: The Lions will host Rodgers & Co. at Ford Field on Sunday, where Green Bay's QB has posted a 7-3 record on the road in the regular season. When the Packers hosted Detroit in Week 2 of this season, Rodgers went 18-of-30 for 240 yards and a pair of touchdowns.

What people are saying: "He reached [400 career passing TDs] in 12 games fewer than Drew Brees and a full NFL season fewer than Brady and Peyton Manning ... The dude has 400 TDs and fewer than 90 INTs. That's unheard of." ⁠– Shannon Sharpe 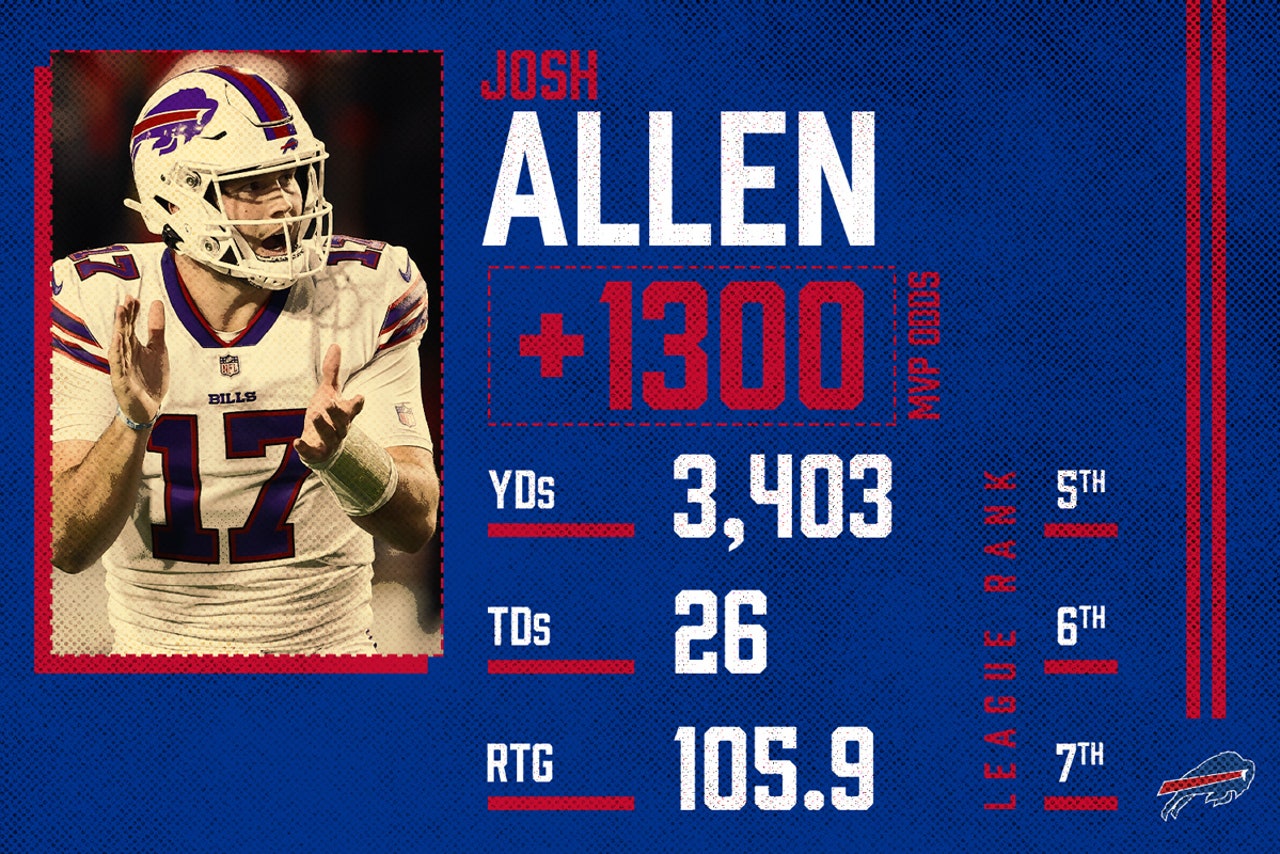 How it's going: After nearly a month just on the outside of the top five in terms of MVP odds, Allen has skyrocketed into the mix at the third spot. He put on a showcase Monday night against the 49ers, completing 80 percent of his 40 passing attempts for 375 yards, four touchdowns and no picks.

What's up next: The Bills host the Steelers, who are coming off a stunning loss to the Washington Football Team. The game could have some major playoff seeding implications down the road if Buffalo is able to hand Pittsburgh back-to-back losses. Allen's only taken on the Steelers once in his career so far, mustering a 13 for 25 effort with 139 yards, one TD and a pick in a 17-10 win in 2019.

What people are saying: "The guy's got top 10 legs at the position in the NFL. And he might have top five arm talent ... Josh Allen is actually significantly better than Cam Newton was in his MVP season." ⁠– Greg McElroy 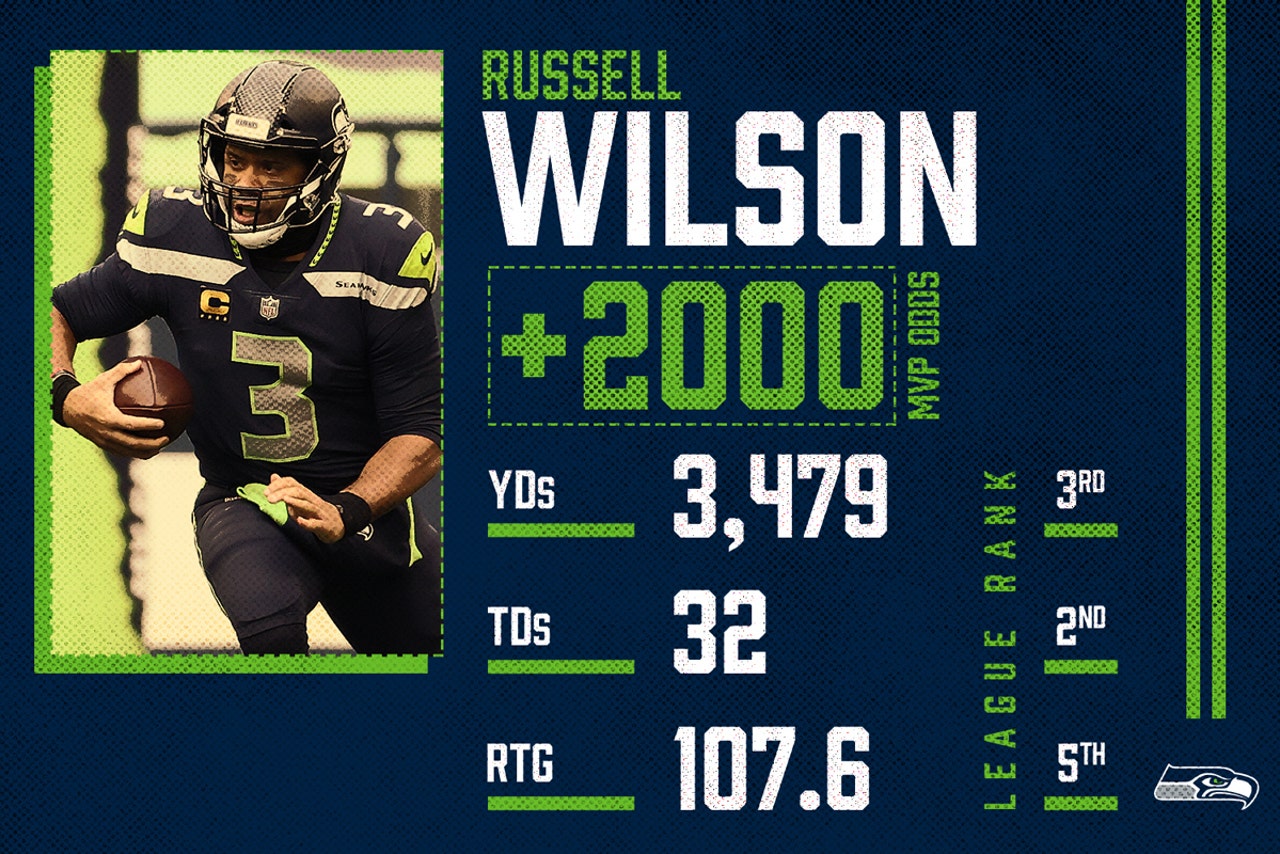 How it's going: Wilson suffered through another turnover-plagued outing in a 17-12 loss against the New York Giants. Seattle's QB lost a fumble in the first half and threw a pick that the Giants turned into a field goal in the fourth quarter. His 11 picks for the year already match a season-high with four games still yet to play.

What's up next: Fortunately for Wilson, the winless Jets are next on the docket. New York did take Las Vegas to the brink last week, but their head-scratching defensive play-calling saw the Raiders eke out a win ... and Jets defensive coordinator Gregg Williams lose his job. The Jets rank 31st in the league with 291 defensive passing yards allowed per game, ahead of only the Seahawks (309).

What people are saying: "I saw a Russell Wilson who was lost in the fog a bit. Theres something not right there." ⁠–Former Seahawks GM Randy Mueller, via 950 KJR-AM 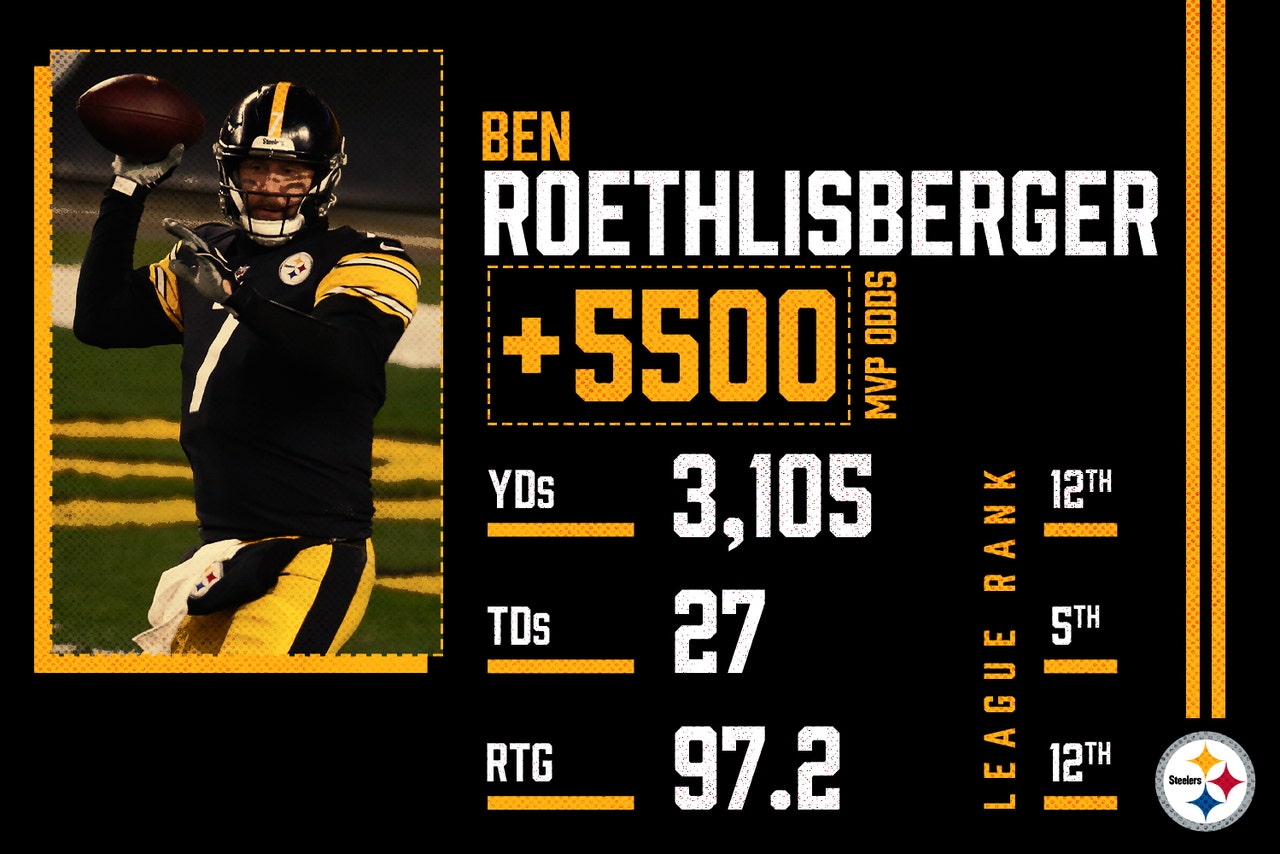 How it's going: Pittsburgh's flawless season came to an end on Monday night at the hands of an unlikely source: the Washington Football Team. Big Ben played a central role in the upset, throwing an interception off of a deflection in the game's closing minutes with the Steelers in position to win, or at least tie. He ended the evening 33-of-53 for 305 yards, two touchdowns and that one costly pick.

What's up next: No rest for the weary, as the Steelers travel to face the Bills in Buffalo on Sunday Night. Big Ben has a 4-0 lifetime record against the Bills, but his last outing against them came in 2016. The Steelers will be looking to right the ship and make sure they keep pace in the top-heavy AFC.

What people are saying: "If this is how [Ben Roethlisberger's] arm is, Steelers aren't going anywhere and they'll lose their first playoff game" ⁠– Jason Smith, FOX Sports Radio 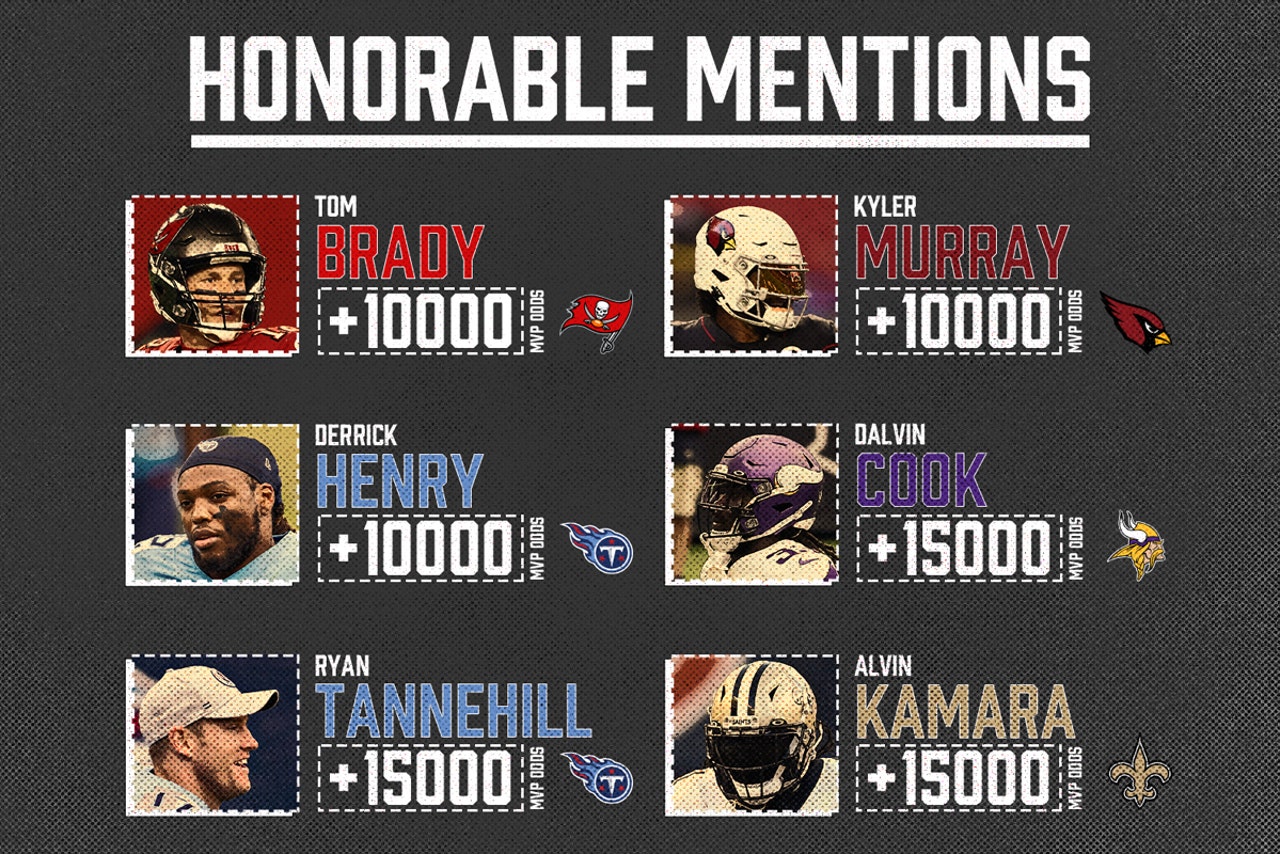 Worth The Bills?
Josh Allen has ascended rapidly after Buffalo took a chance on him in 2018. Did his play in 2020 earn him a big-money deal?
17 mins ago

Generation Gap
It's GOAT vs. Baby GOAT! But beyond Brady and Mahomes, Geoff Schwartz examines the matchups that will decide Super Bowl LV.
35 mins ago

Brady vs. Mahomes: A Clash Of Titans
Patrick Mahomes is set to take on Tom Brady in a Super Bowl matchup that’s as juicy as it gets in both star power and context.
15 hours ago

The Scenic Route
Is taking the Buccaneers from the wild card to the Super Bowl the greatest accomplishment of Tom Brady's career?
18 hours ago
those were the latest stories
Want to see more?
View All Stories
Fox Sports™ and © 2021 Fox Media LLC and Fox Sports Interactive Media, LLC. All rights reserved. Use of this website (including any and all parts and components) constitutes your acceptance of these Terms of Use and Updated Privacy Policy. Advertising Choices. Do Not Sell my Personal Info