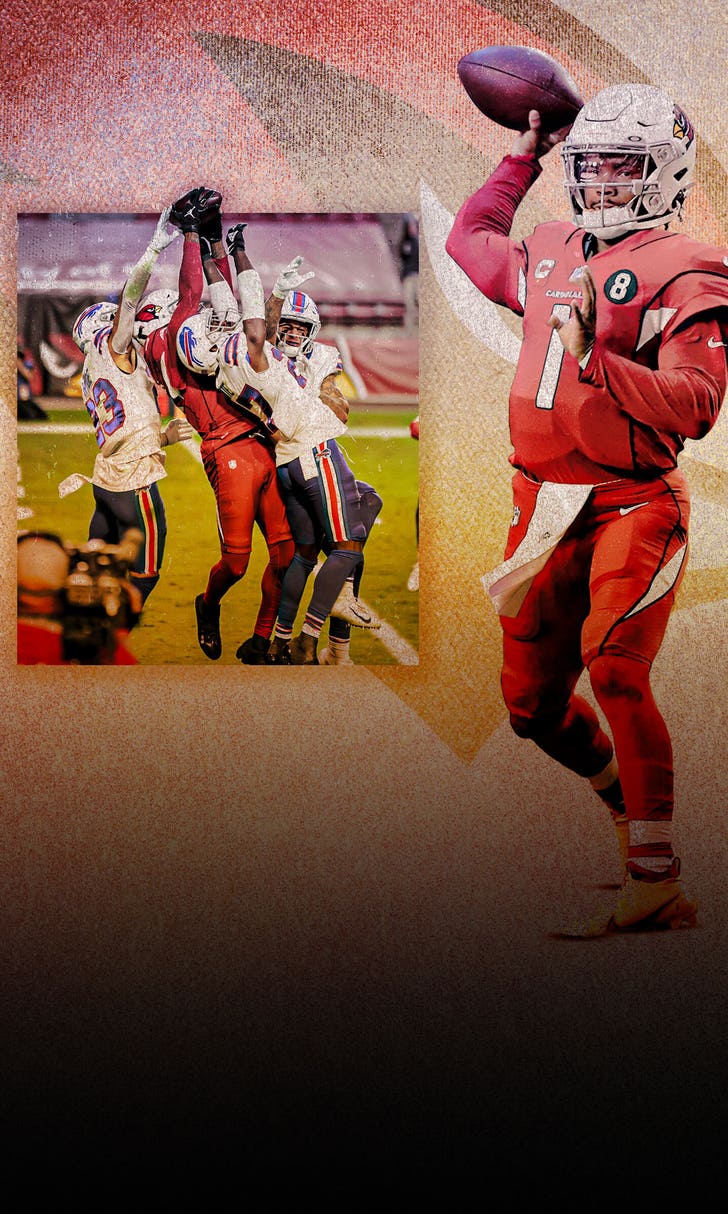 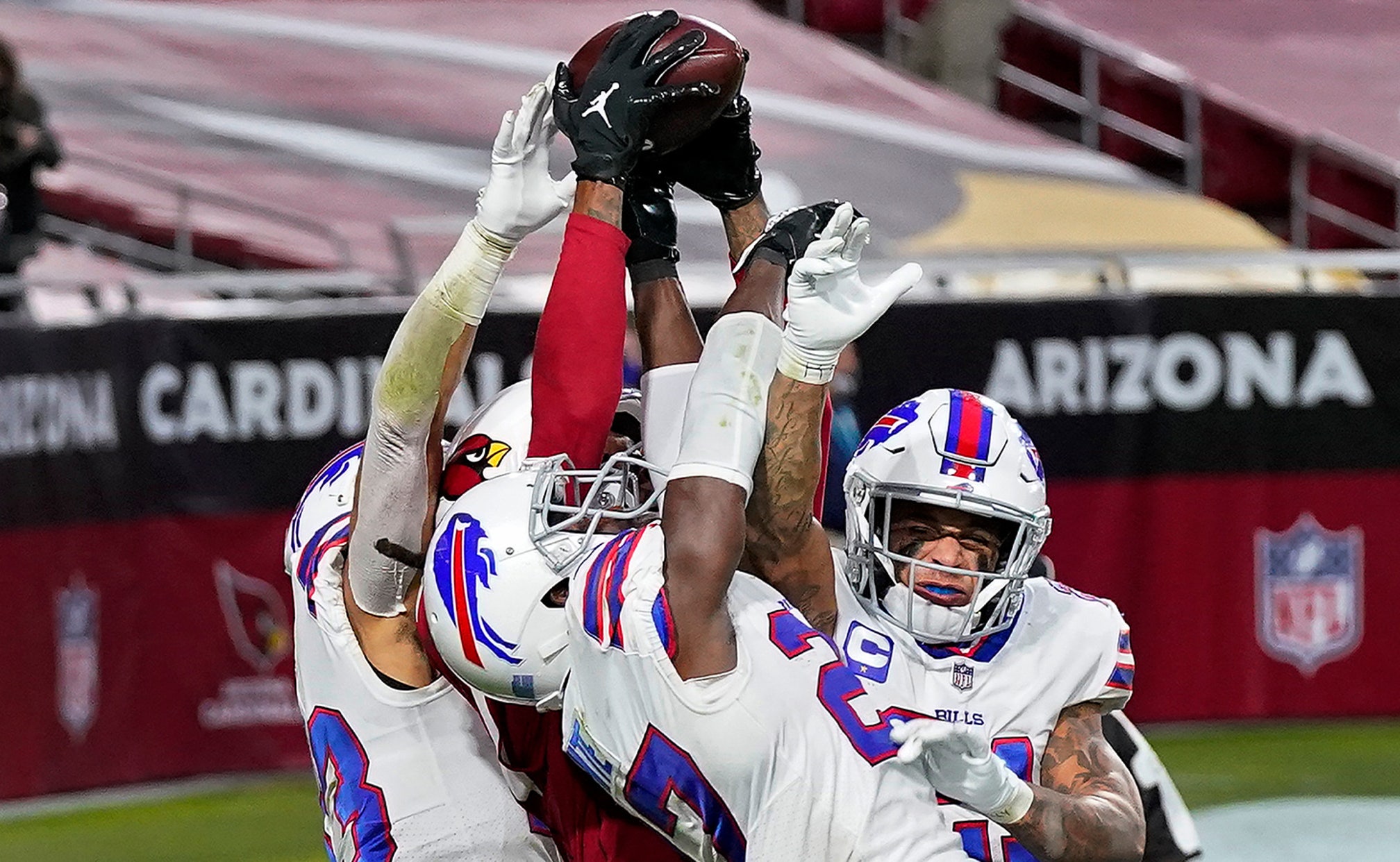 Down four points in the waning seconds against the Buffalo Bills on Sunday, the Arizona Cardinals ⁠— namely Kyler Murray and DeAndre Hopkins ⁠— mounted an incredible game-winning drive that set the internet ablaze and sent Buffalo home with a 32-30 loss.

The jewel in the crown came when Murray evaded a would-be tackler, to then throw across his body from about midfield and into triple coverage, finding Hopkins in the end zone for an all-time, highlight-reel catch.

It's the type of play that non-Bills fans will watch over and over.

How about from another angle?

Both principal actors – Murray and Hopkins – had their own personal mountains to scale in order for the play to work, and that led to Monday's big question:

Which was better – the throw or the catch?

Skip Bayless made the case that Murray's toss deserves special acclaim given the degree of difficulty.

"He throws this ball falling sideways out of bounds, across his body. And manages to get enough velocity on it to get it 55 yards in the air. But more important, he manages to drop it right into the apogee of DeAndre Hopkins' leap ... It was a perfect throw to a perfect spot."

Listed at 5'10" and 207 pounds, Murray's one of the most diminutive quarterbacks in NFL history.

But his arm, as evidenced, is absolutely massive.

A dual-sport athlete, who was selected with the ninth overall pick in Major League Baseball's 2018 draft, Murray has always had the tools. Now, they're getting their proper due.

In fact, on Good Morning Football, Peter Schrager said it might be "the greatest Hail Mary pass we've ever seen," and that Murray's arm strength is in the echelon of Patrick Mahomes and Josh Allen.

But what about the catch? Hopkins had three Bills defenders vying alongside him for the ball, and yet he came down with the prize.

For Nick Wright, a handful of other NFL QBs could have made the throw that Kyler did, but only one wideout is finishing the play.

"I think [Hopkins] has the best pair of hands in the league aside from his teammate Larry Fitzgerald, and Fitzgerald doesn't have the athleticism anymore to make this play ... The throw is great. The catch is all-time great."

There is also the element of the Bllls' defense. Is it to blame for the catch even being possible?

ESPN's Keyshawn Johnson said that the Buffalo secondary failed tremendously, and should have put the onus on the referees on the final play.

"They're not going to throw the flag in that situation. So you grab DeAndre Hopkins and you basically pull him to the ground when the ball is in the air right before it gets to him. You go ahead and you get the pass interference, because [the refs] are not going to call it. They're just not."

Buffalo defense aside, the debate between the throw and the catch will continue to rage.

But seeing as there's ample support for both sides, perhaps the right answer is simply that there's no wrong answer.