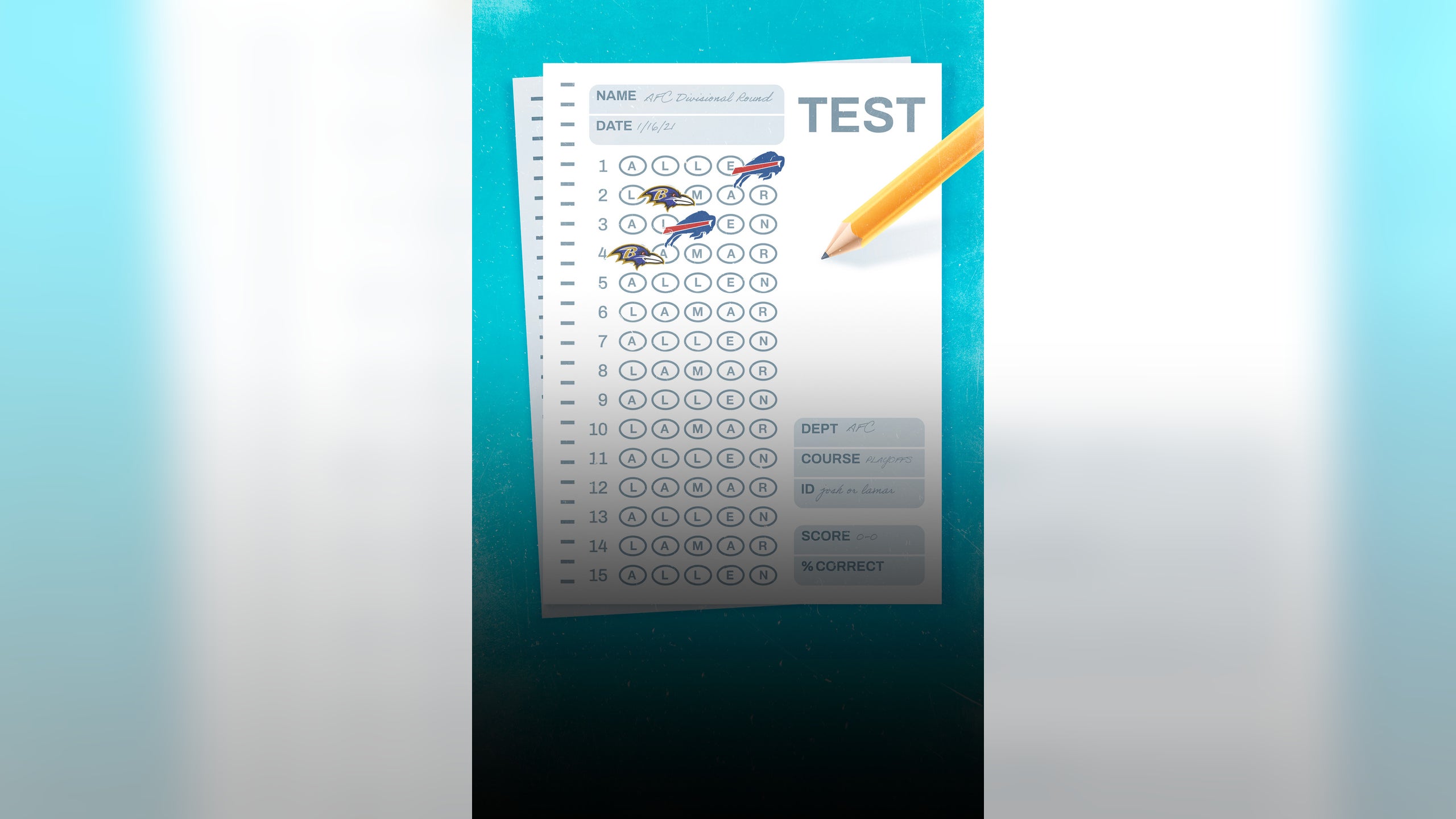 The 2018 draft class owns three of the four AFC quarterbacks starting this weekend.

Josh Allen and the Buffalo Bills will host Lamar Jackson and the Baltimore Ravens. The Cleveland Browns and the No. 1 overall pick from 2018, Baker Mayfield, will visit the Kansas City Chiefs and Patrick Mahomes, a 2017 draftee.

No doubt, there's an abundance of youth in the AFC's playoff representatives.

With all due respect to Mayfield, however, the preferred QB in the Browns-Chiefs matchup on Sunday is decidedly obvious. Saturday's clash isn't quite as clear-cut.

Jackson, the defending regular-season MVP, already has the hardware to point to on his résumé. But Allen's remarkable 2020 season has plenty of folks siding with the Bills quarterback in the head-to-head discussion.

Nick Wright joined the debate on Thursday's episode of First Things First and made his feelings on the matter abundantly clear.

Let's take a deeper look at Allen's and Jackson's numbers and trajectories.

Both players had unremarkable rookie seasons, as Buffalo saw Allen complete 52.8 percent of his passes for 2,074 yards, 10 touchdowns and 12 interceptions in 11 starts and 12 games played.

Jackson had a 58.2 completion percentage for 1,201 yards, six touchdowns and three picks, getting seven starts but receiving snaps in all 16 games of his debut campaign.

The quarterbacks did, however, give fans a taste in Year 1 of the athleticism that made them such tantalizing prospects.

As a full-time starter in his sophomore season, Jackson made a monster leap. He completed 66.1 percent of his passes for 3,127 yards, 36 touchdowns and six interceptions. All the while, he tormented defenses with 1,206 rushing yards and seven touchdowns on the ground.

He became the youngest MVP in NFL history (23 years, 25 days old) and the second player to win the award unanimously, joining Tom Brady in his 2010 campaign.

Allen improved in his sophomore season, with 3,089 passing yards, 20 touchdowns and nine interceptions to go with 510 yards and nine touchdowns rushing.

Even so, questions about his accuracy persisted, as he completed 58.8 percent of his attempts in his second year in Buffalo.

A different Allen burst on the scene this season.

With a bona fide No. 1 receiver in Stefon Diggs to throw to, Allen silenced the detractors questioning his accuracy. His completion percentage jumped to 69.2, as he threw for 4,544 yards, 37 touchdowns and 10 interceptions, adding eight TDs and 421 yards with his legs and becoming an MVP-caliber player in the process.

He did remain a threat to run, however, with seven rushing touchdowns and 1,005 rushing yards, and he had some of his best performances late in the season.

Both QBs led their teams to wins on Super Wild Card Weekend, which brings us to this weekend's game and the question heading into the blockbuster matchup: Which quarterback would you take with a trip to the AFC Championship on the line? 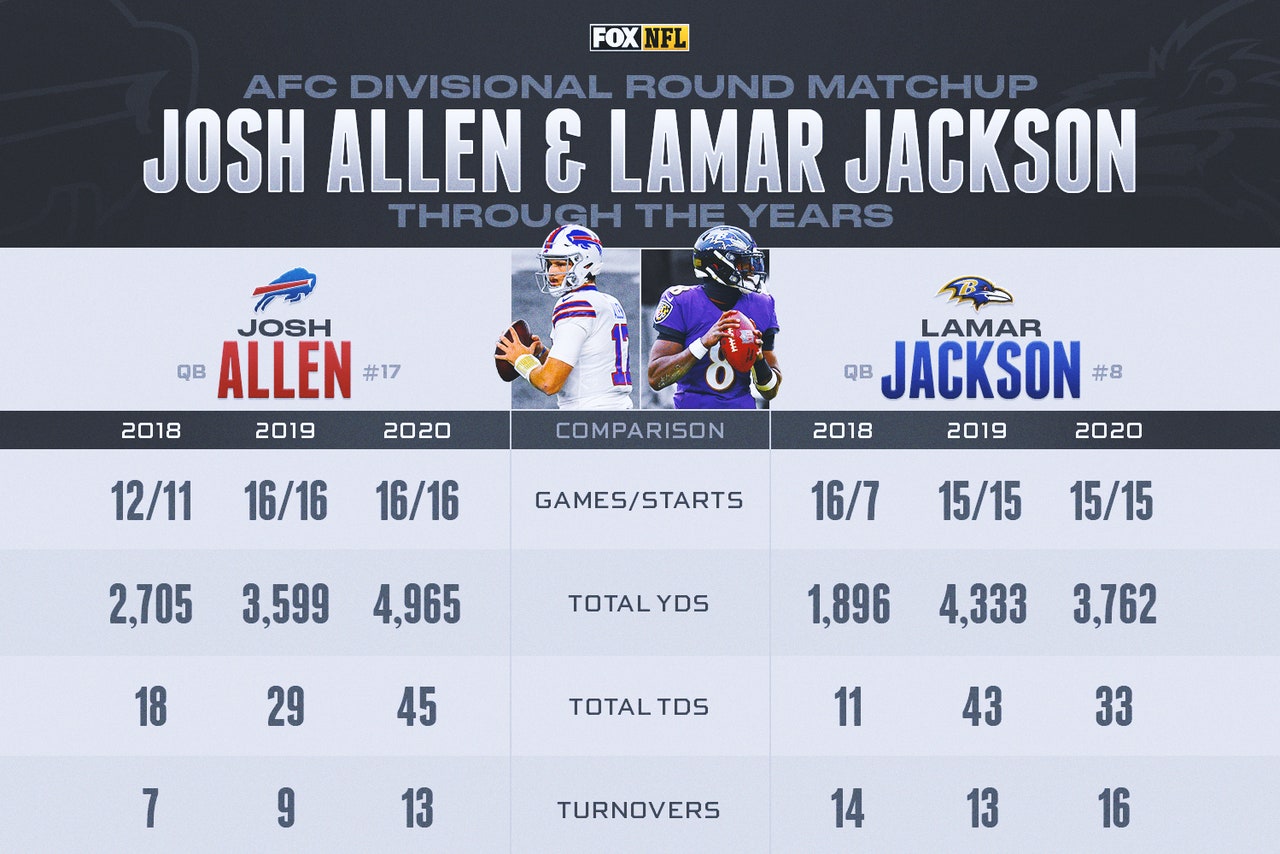 Only one answer will prove to be correct, and we'll find out which that is at 8:15 p.m. ET Saturday.