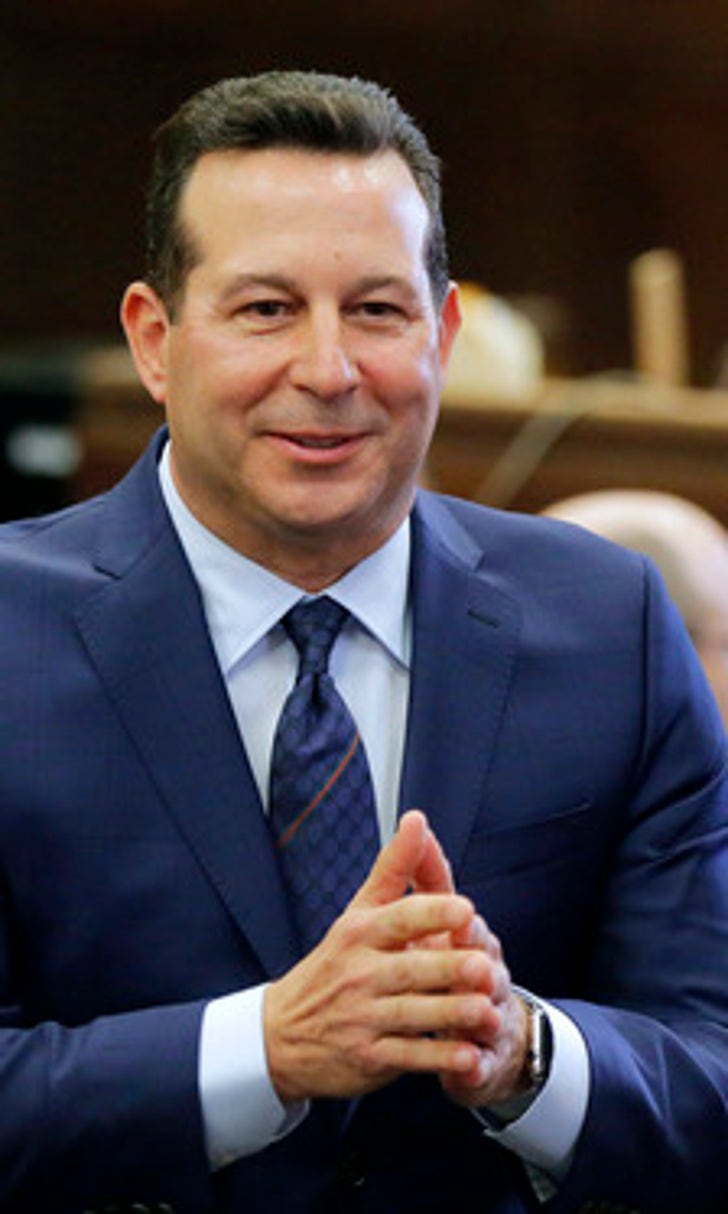 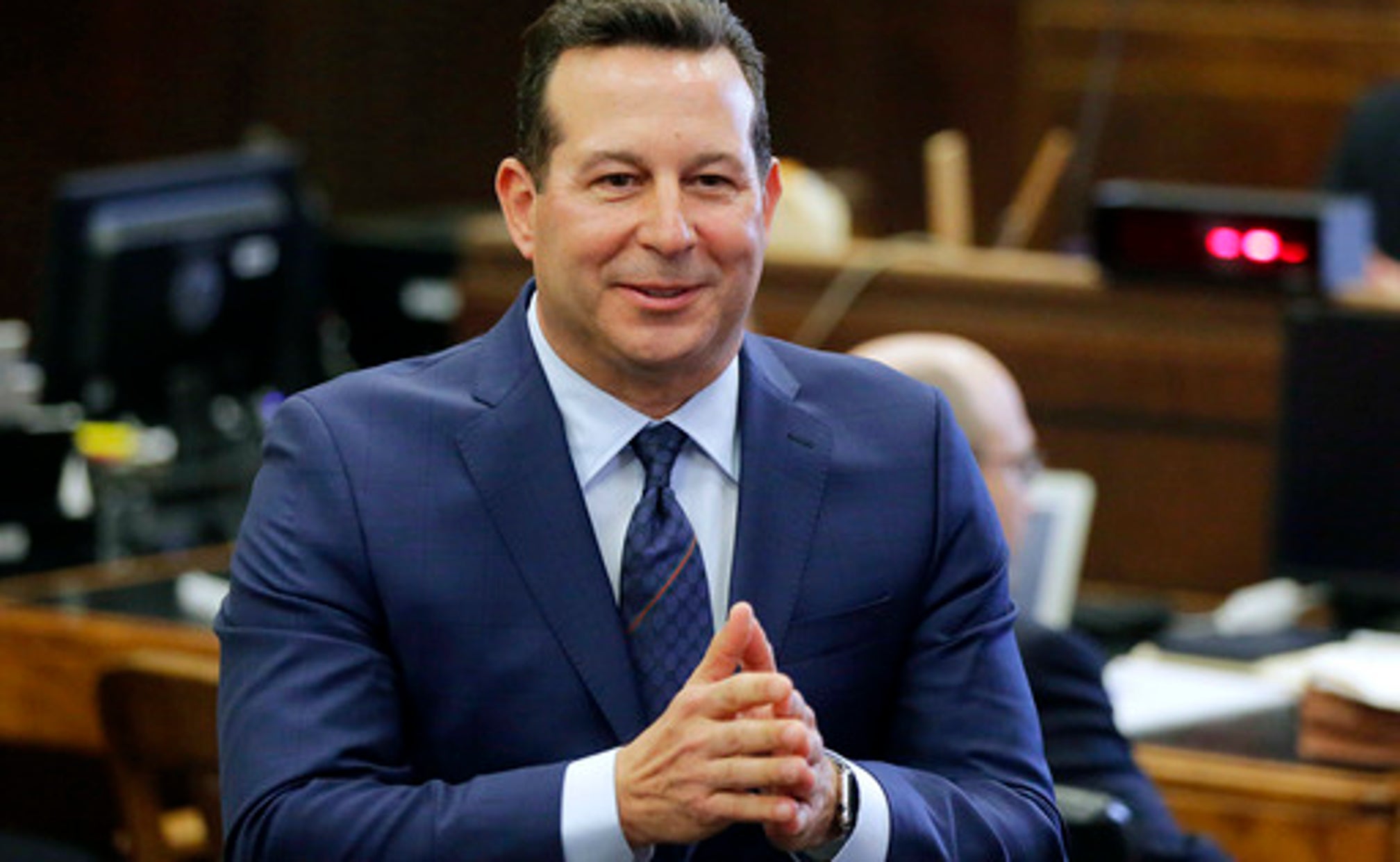 BOSTON (AP) During Aaron Hernandez's double murder trial, the former NFL star's lawyer wanted to drive home his point that the prosecution's star witness was a ''three-legged pony'' whose testimony could not be believed. So he galloped like a horse in front of the jury.

It was vintage Jose Baez: flashy, theatrical and willing to do anything for his clients.

With Hernandez's acquittal, Baez burnished his status as one of the most recognized defense attorneys in the U.S., six years after his high-profile gig successfully defending Casey Anthony, the Florida mother accused of killing her toddler because she didn't want the responsibility of raising a child.

His no-holds-barred style has won him both praise and scorn.

Prosecutors who have gone up against Baez say there is nothing he won't do to win, while defense attorneys who have worked with call him a brilliant strategist who rips open holes in the prosecution's case.

''If you were ever in trouble, you would want Jose Baez by your side,'' said Linda Kenney Baden, who represented music producer Phil Spector in his 2007 murder trial and has worked with Baez on three cases, including the Anthony and Hernandez trials.

The Anthony and Hernandez cases initially seemed like slam dunks for prosecutors.

Anthony had repeatedly lied to the police, and witnesses said they smelled a dead body in her car trunk. But Baez hammered at a hole in the prosecution's case - uncertainty about how the little girl died - and raised doubt among jurors.

In the Hernandez case, he relentlessly attacked the credibility of the prosecution's star witness, an admitted drug dealer who was with Hernandez the night two men were killed in a drive-by shooting in Boston. Baez told the jury the man had identified Hernandez as the triggerman to get immunity and save his own skin.

Baez, 48, based in Florida, was relatively inexperienced and unknown before the Anthony trial.

While in law school, he had a one-day stint in the Miami-Dade County prosecutor's office but said it ''didn't feel right'' to him, so he walked across the street to the public defender's office and offered to work there instead.

''I absolutely fell in love with it,'' he said in a recent interview with The Associated Press. ''I got to deal with real people and help them with real problems.''

During the Anthony trial, Fox News commentator Geraldo Rivera popularized the nickname ''Juanie Cochran'' for Baez, comparing him to the late Johnnie Cochran, the flamboyant lawyer who helped win acquittal for O.J. Simpson.

Celebrity was something Baez never expected. He dropped out of high school and married his girlfriend after she became pregnant, and later earned his GED while in the Navy.

After getting his law degree at Florida's St. Thomas University, the state bar association prevented him from practicing law for eight years, citing his failure to keep up with child support payments and other debts.

He was admitted to practice law in 2005, and just three years later took on the Anthony case. The trial fascinated the nation, with every twist and turn live-streamed and followed obsessively on social media and in the tabloids.

Jeff Ashton, one of the prosecutors in the Anthony case, derides Baez as a ''wonderful salesman.''

''He's not terribly professional in his demeanor,'' Ashton said. ''He just sort of does whatever he thinks he should do to sell the case without a whole lot of regard to whether it's, in fact, ethically or legally the proper thing to do.''

Baez also represented Nilton Diaz, acquitted of murder but convicted of manslaughter in the death of the 2-year-old granddaughter of World Boxing Champion Wilfredo Vazquez. He also defended a 12-year-old girl charged with aggravated stalking in connection with the suicide of another girl. The charges were dropped.

Baez said he has never lost a first- or second-degree murder case out of 11 that have gone to trial. He attributes his success to his ability to relate to jurors from all walks of life.

''I was raised to treat the janitor with as much respect as you treat the CEO. The reason for that is simple,'' he said. ''My mother WAS the janitor, she WAS the maid. She had a 6th-grade education, came here from Puerto Rico and supported four children on her own, without any help from anyone.''

Baez's brash approach has sometimes angered prosecutors. In the Hernandez trial, the defense suggested that the victims may have been involved in drugs and gangs, and that the real killer's motive was a failed drug deal. A medical examiner testified that there were drugs in the system of one of the victims.

After the acquittal, prosecutor Daniel Conley said portraying the victims that way was unnecessary.

Baez's work didn't result in freedom for Hernandez, who was already in prison for an earlier murder; Baez didn't represent him in that trial. Five days after he was acquitted, Hernandez was dead of an apparent suicide in his prison cell.

Baez's work for his client didn't end there.

The next day, he claimed the state medical examiner was illegally withholding Hernandez's brain, preventing his family from donating it to research. State officials denied Baez's claim and said they held onto Hernandez's brain only during an autopsy.

''I believe in redemption, I believe in having compassion,'' Baez said. ''Sometimes the system treats those accused and those who are downtrodden very harshly.''

The story has been corrected to show there was evidence of drug use by one of the victims.

Return to Form
Odell Beckham Jr. flashed glimpses of the old OBJ on Thursday night. Is the superstar wide receiver back like he never left?
14 hours ago

Compliments To The Chef
Russell Wilson cooked in Week 1, so much so that 'The Hoodie' couldn't help but extol him. Is this finally Wilson's MVP year?
18 hours ago