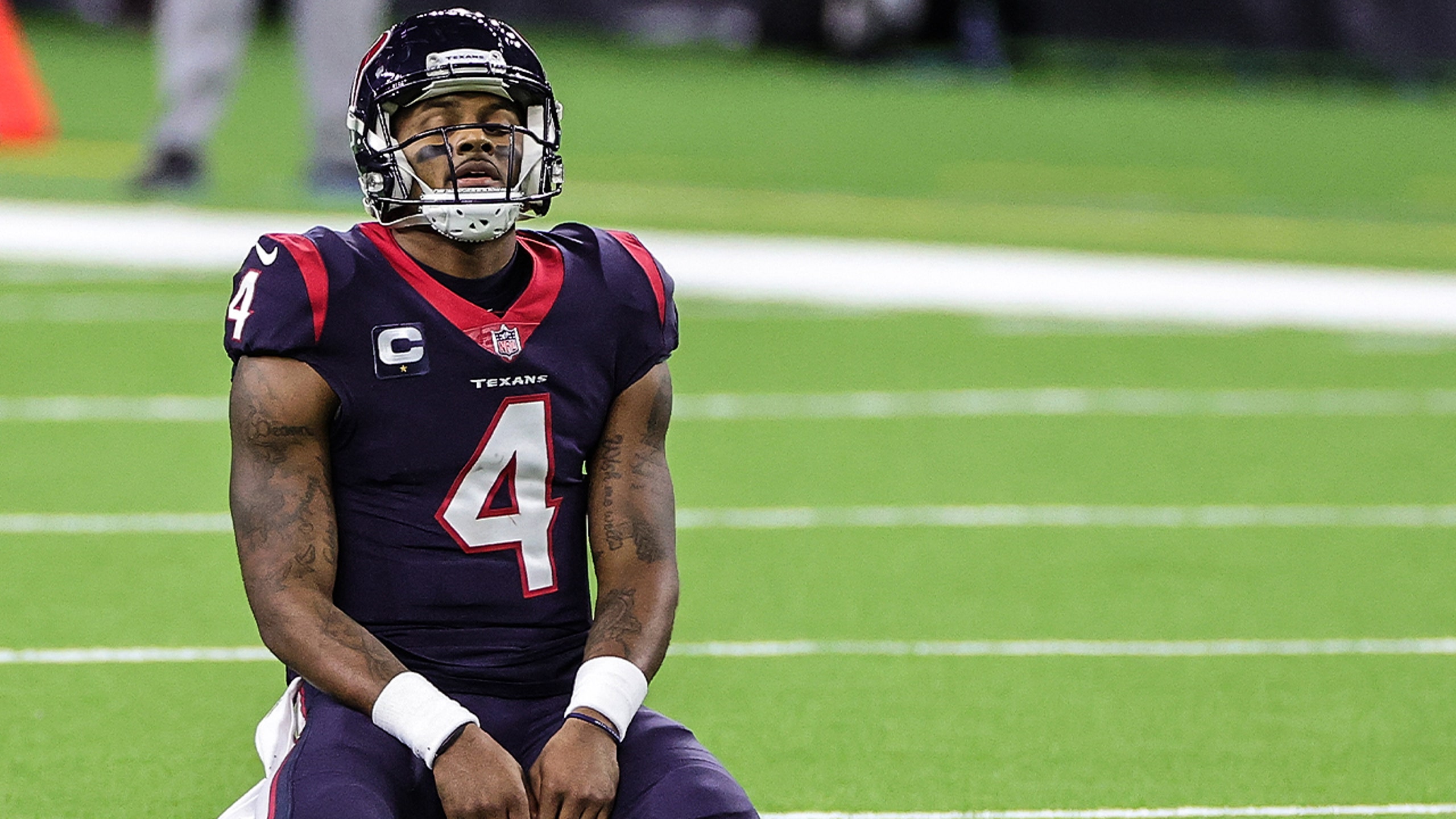 The Houston Texans have a franchise-altering decision looming.

If that decision involves trading their franchise cornerstone, at least they know they will get a king's ransom in return.

Deshaun Watson is less than ecstatic about how the Texans have handled the process of hiring a new general manager and head coach.

He was told he would be involved in the discussions regarding both hires, but reports are that the hiring of Nick Caserio as general manager did not cross Watson's proverbial desk, and several candidates Watson wanted the team to interview for the head-coaching vacancy – specifically Kansas City Chiefs offensive coordinator Eric Bieniemy – were not made a priority in the hiring process.

Now rumor has it that Watson might have played his last snap for Houston.

If that is the case, where might he be headed?

On Tuesday, all fingers were pointed toward the New York Jets.

Colin Cowherd went as far as to call a trade to the Jets "perfect," seeing as the Jets have a number of first-round picks they could ship to Houston to entice the Texans to release their hold on Watson.

"The Jets have five first-round picks because of the Jamal Adams trade. They could give four of them away," he said. "... It's essentially you'd be trading Jamal Adams and a first-round pick or two for Deshaun Watson ... You would take that in a second."

In July, the Jets traded a disgruntled Adams to the Seattle Seahawks along with a 2022 fourth-round pick. In return, New York received safety Bradley McDougald, Seattle's first-round picks in 2021 and 2022, and the Seahawks' third-round pick in 2021.

In 2022, New York will once again have two first-round picks, as well as a second-round and third-round pick.

The Ringer's Kevin Clark joined Cowherd on The Herd and explained that the point of draft picks is to land franchise players, but if a proven superstar is on the trading block, it makes sense for a franchise to spend its picks on a sure thing, as opposed to nurturing a potential young star.

Watson, if nothing else, is proven, and he reminded the NFL world of that this season.

Watson's passer rating of 112.4 was second only to Rodgers' 121.5, and in Kevin Wildes' estimation, New York's stash of draft picks is more than enough to land Watson in the Big Apple.

Another thing the Jets have working in their favor is their hiring of Robert Saleh as their next head coach. According to reports, Saleh was near the top of Watson's list of potential head-coaching candidates for Houston.

With Saleh officially in the fold for the Jets, Watson to New York makes just a bit more sense.

If trade talks do get underway, Nick Wright, Wildes' desk mate on First Things First, came up with a unique transaction that the two sides could consider.

Whether Wright's suggestion would be feasible is a debate for another day, but when it comes to Watson, one thing is for sure: Where there's smoke, there's fire.

As of this week, all signs point to him jetting his way out of Houston.

Do You Believe-Land?
Baker Mayfield and his wife saw a UFO on Wednesday night in Central Texas. And Colin Cowherd wants to talk about it.
3 hours ago