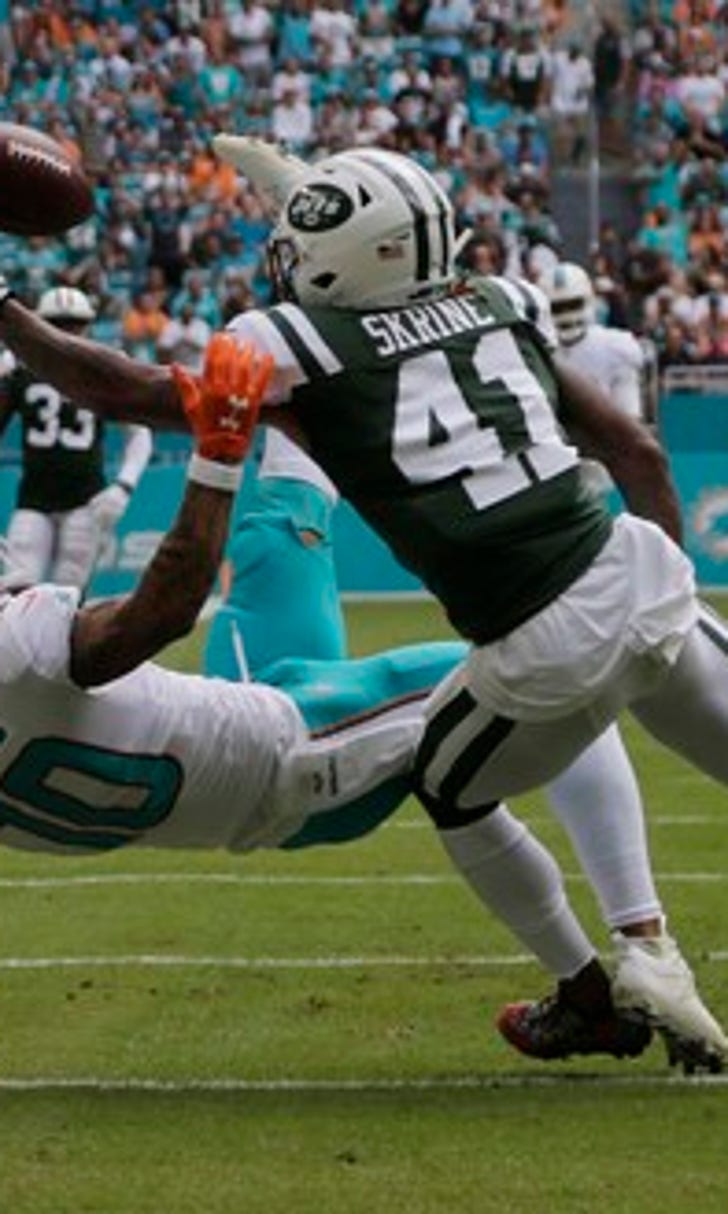 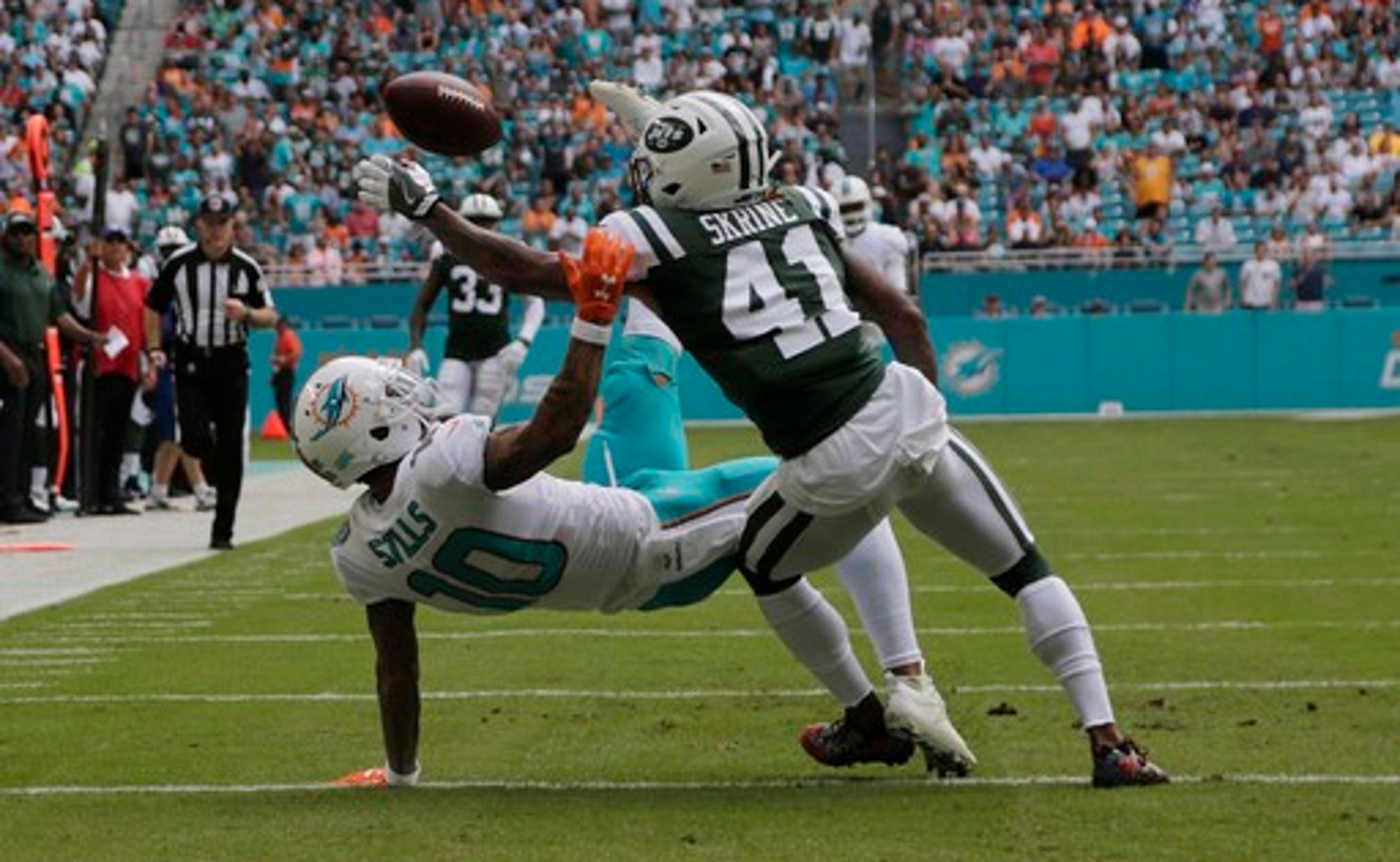 FLORHAM PARK, N.J. (AP) The New York Jets' secondary might be down a starter against the Atlanta Falcons.

Cornerback Buster Skrine has a concussion and his status is uncertain for the game Sunday at MetLife Stadium.

It is the third known concussion in just over two years for Skrine, who was injured last Sunday at Miami but finished the game.

''He came in Monday morning and they diagnosed him then,'' coach Todd Bowles said Wednesday.

Skrine has started all seven games this season opposite Morris Claiborne in the Jets' base defense, but is also the team's primary nickel back when it goes with a five-defensive back look. He had a rough performance against the Dolphins, having a role in allowing three touchdowns while also being called for three penalties.

Xavier Coleman, Skrine's backup at nickel back, was placed on injured reserve Wednesday with a shoulder injury. The Jets promoted cornerback Robert Nelson from the practice squad, but it's unclear who might fill Skrine's role in the nickel spot.

Nelson, Darryl Roberts and Juston Burris are all normally used on the outside in coverage.

''We have some gymnastics to work out,'' Bowles said of his secondary.

Bowles was uncertain when the latest concussion occurred, but Skrine collided with Miami receiver Leonte Carroo and his helmet popped off midway through the fourth quarter of New York's 31-28 loss. He remained in the game after the hit.

Bowles wouldn't attribute Skrine's bad day to possibly having played with a concussion.

Quarterback Josh McCown was also listed on the team's injury report with a back ailment, but he practiced fully.

Shell injured his neck early against Miami and was replaced by Brent Qvale. Bowles said tests came back negative and Shell is day to day.

NFL's Top Plays of Week 11
Follow along live with all of the action around the NFL, updating as it happens!
5 days ago