Things are getting pretty simple in Indianapolis.

Win one more game and the Colts are in the playoffs. Win the next two and Bruce Arians sets the NFL record for wins by an interim head coach. Win all three and they're AFC South champs with a home playoff game.

The first hurdle is a big one: Sunday's game is at Houston.

''I think they know what's on the line and they've got a lot of pride. They were going to play anyway, whether they won or lost (Monday night),'' Arians said Wednesday, referring to the Texans. ''This is a pretty good rivalry and we're going to get everything they've got and their crowd and everybody else.''

Especially after the Texans disastrous performance at New England.

Most NFL observers expected the Texans (11-2) to be in this position in mid-December, trying to wrap up a second straight division crown and fine-tuning things for a postseason run.

But few, if any, expected the rebuilt Colts (9-4) to be Houston's nearest challenger in the AFC South, especially after a tumultuous offseason.

But after starting 1-2 and finding out Pagano was taking an indefinite leave after being diagnosed with leukemia, things changed.

Indy is 9-4 overall and 8-2 under Arians, winning three of five road games and seven of their last eight. They have a league-high eight wins in one-possession games, and Luck already owns NFL rookie records for most 300-yard games (six), most fourth-quarter comebacks (six) and most wins by the No. 1 overall choice since the AFL-NFL merger in 1970. He needs 260 yards passing Sunday to break the league's single-season rookie record, trailing only Cam Newton's 4,051 yards from 2011.

Still, many wonder how good these Colts really are.

Indy's three road wins have come against Tennessee, Jacksonville and Detroit - teams that are a combined 10-29. The Colts' most impressive win came Oct. 7 when Luck rallied the Colts for a stunning 30-27 victory over Green Bay - the first game after Pagano's diagnosis. The Colts have only one other win over a team with a winning record and it came long ago, in Week 2 against Minnesota (7-6).

So the head-to-head showdown between Luck and the Texans' hard-charging defense could be a solid measuring stick for the NFL's most surprising team.

''For us, a chance to solidify a playoff spot,'' Luck said. ''Obviously the division is not sown up completely from what I understand and it's against, from our perspective, one of the premier teams in the AFC, the Houston Texans. We are going to have to bring our `A' game.''

One potentially major problem: The Colts offense might not be close to full speed.

On Tuesday, they put two running backs, starter Donald Brown (high ankle sprain) and fourth-stringer Robert Hughes (knee), on season-ending injured reserve. Third-stringer Delone Carter has been hobbled by an ankle injury, too, so Indy re-signed veteran Mewelde Moore and rookie Deji Karim, who were both cut by the Colts earlier this season.

Arians could not say Wednesday whether offensive linemen right tackle Winston Justice (biceps), left guard Joe Reitz (head) or center Samson Satele (ankle) would play Sunday, either. Justice and Satele did not finish last weekend's game against Tennessee and did not practice Wednesday. Reitz missed his eighth start of the season last weekend, but was fine on Wednesday.

Facing an angry Houston squad, stinging from the 42-14 rout by the Patriots, with a makeshift offensive line certainly isn't the ideal way to go into such a high-stakes game.

A victory would allow the Texans to take another step toward clinching the AFC's top seed and would help reassert their image as a Super Bowl favorite.

For Indy, the game is just as important. It's an opportunity for the Colts to show the football world they can go toe-to-toe with the league's top teams, home or away, with or without injuries and despite the resume that they deserve to be considered one of the league's best teams.

''This game is like no other,'' defensive end Cory Redding said. ''The Texans are a great opponent. These guys have great weapons on both sides of the ball. They've been doing some unbelievable things this year, and we've got our hands full. Like you said, the Colts used to own this division for many years, so it's time to go ahead and get that thing back.''

Titans clip Ravens in OT, Steelers Win Again
Plus, PJ Walker wins in Bridgewater's stead, the Saints dominate the Falcons, and the Bengals lose Joe Burrow to injury.
11 hours ago 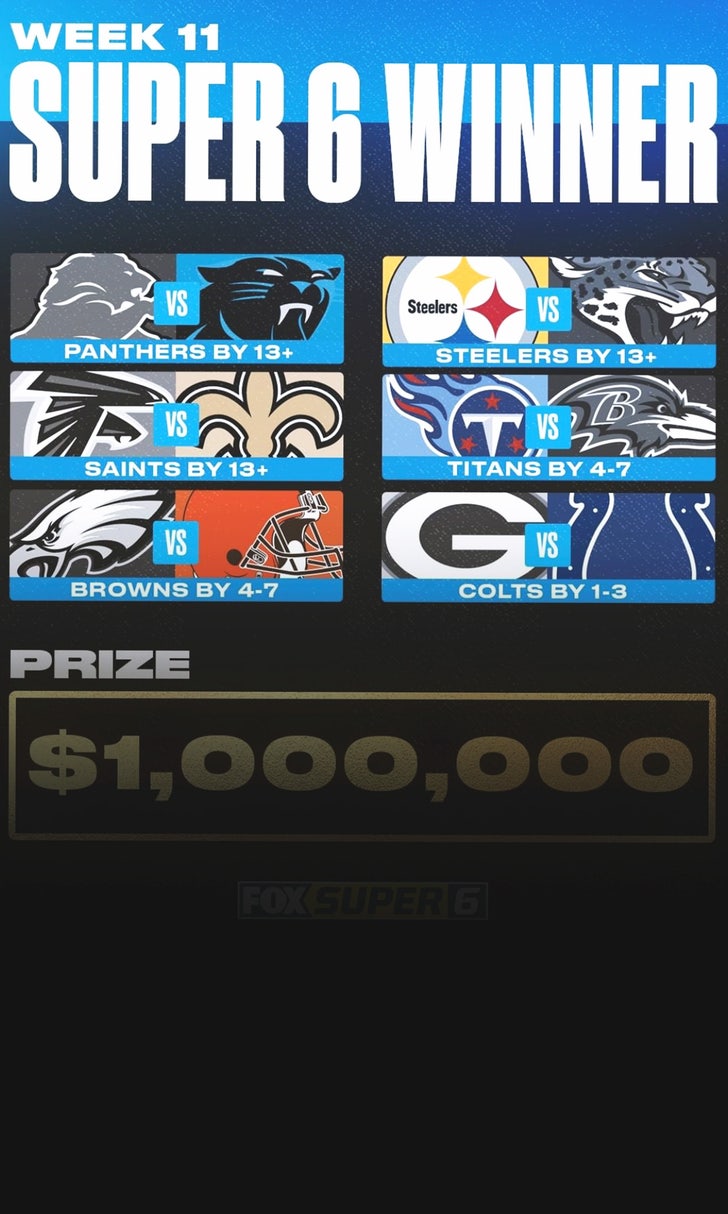 A Super Week 11 As Fans Split $1 Million
After weeks of near misses, the FOX Super 6 $1 Million NFL Challenge has been won, and not just by one lucky fan.
11 hours ago 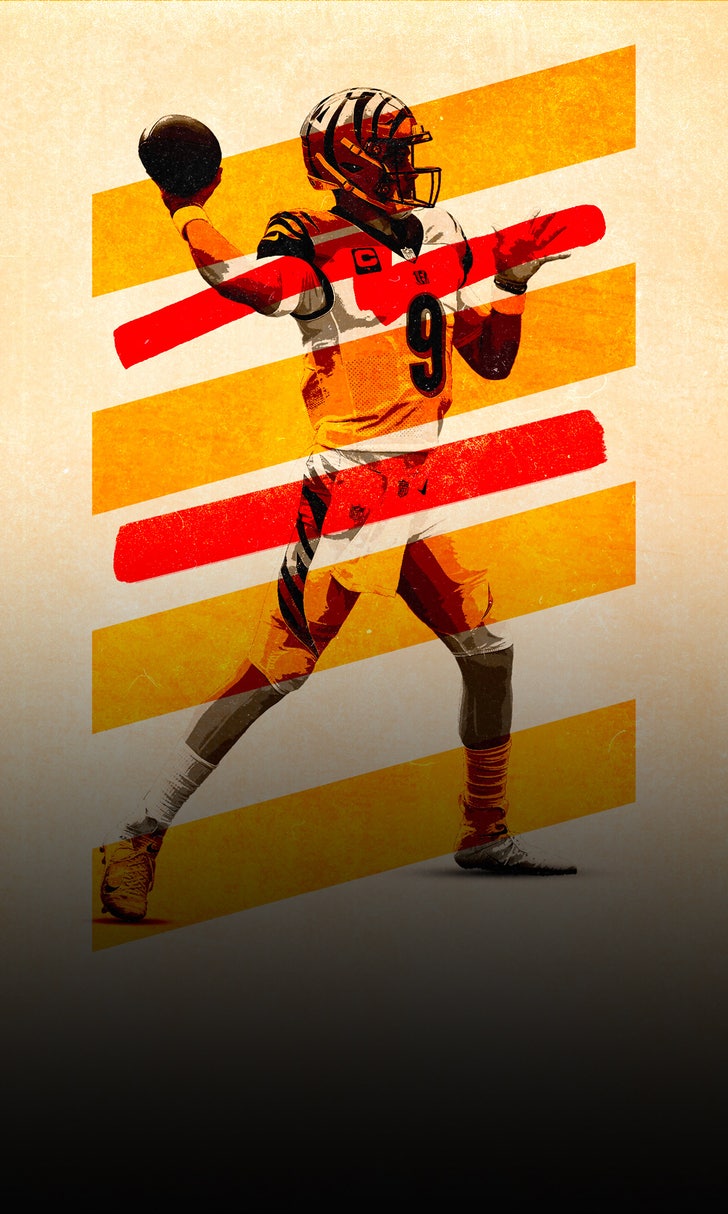 Joe Burrow Deserved Better
The Bengals' rookie has been in harm's way all year, and Charlotte Wilder says Cincy should've taken more steps to protect him.
14 hours ago
those were the latest stories
Want to see more?
View All Stories
Fox Sports™ and © 2020 Fox Media LLC and Fox Sports Interactive Media, LLC. All rights reserved. Use of this website (including any and all parts and components) constitutes your acceptance of these Terms of Use and Updated Privacy Policy. Advertising Choices. Do Not Sell my Personal Info