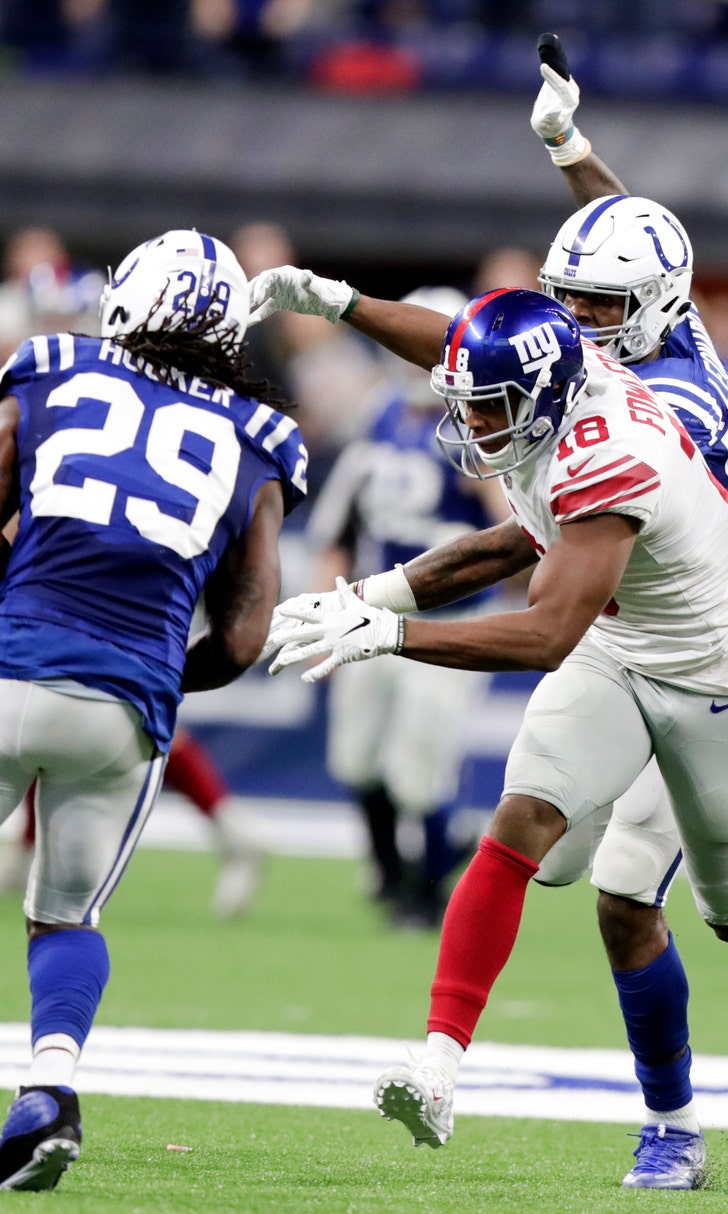 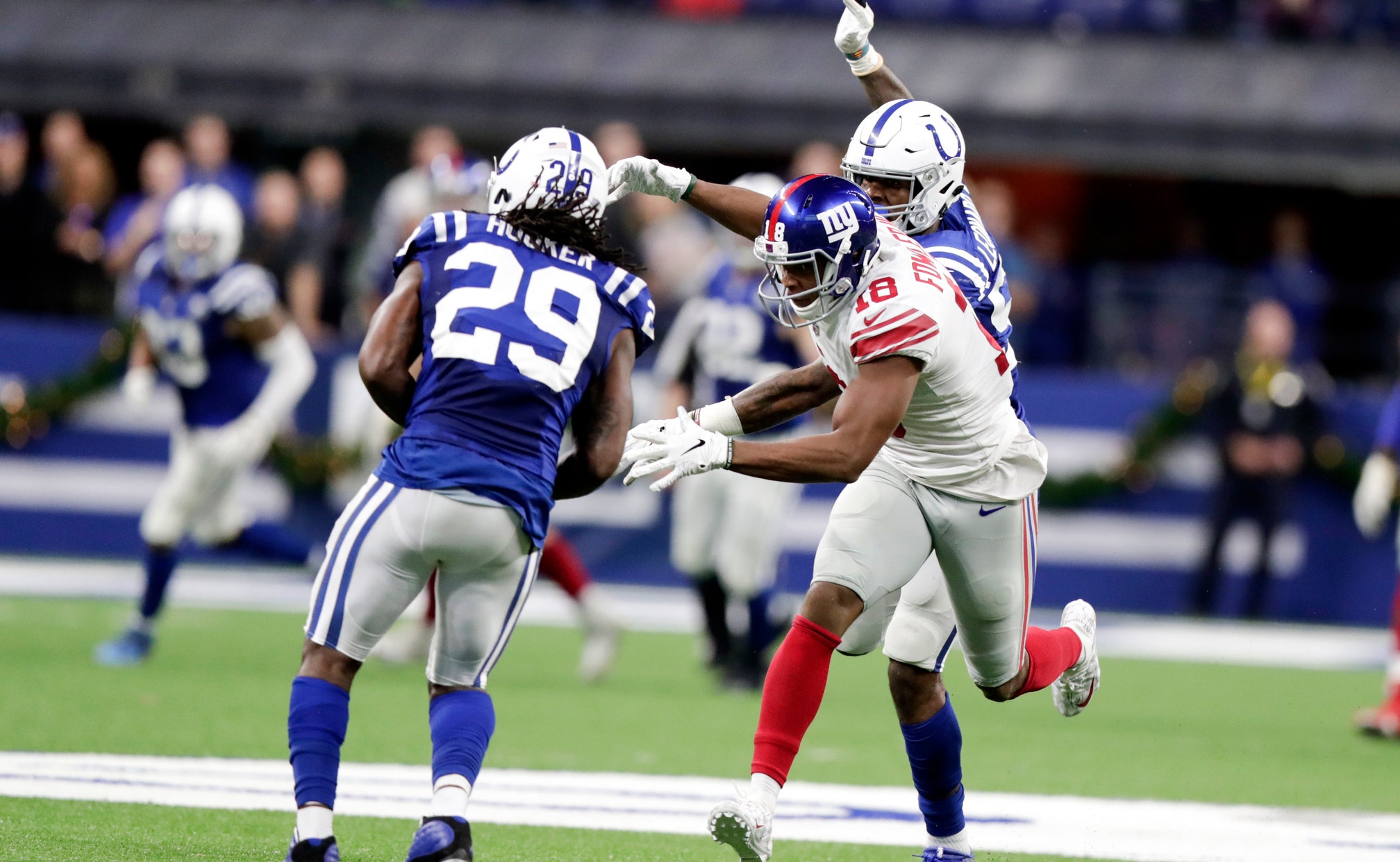 Giants watch victory slip away with costly rash of mistakes

Then, in the final 10 minutes, everything started slipping away.

The offense committed two penalties near its goal line, forcing a punt. The defense drew two penalties, helping the Indianapolis Colts continue to march downfield. And when Andrew Luck changed the play call from a run to a pass on the goal line, not a single Giants player came close to stopping Chester Rogers on his decisive 1-yard touchdown catch that gave Indy a dramatic 28-27 come-from-behind victory.

It looked like the Giants turned the corner after starting the second half with four wins in five games. Now, though, they've lost two straight, been eliminated from playoff contention, and rookie running back Saquon Barkley has been held in check the last two weeks.

The latest loss will be tough to stomach.

While the Giants had plenty opportunities to close out the Colts (9-6) and spoil their playoff hopes, Andrew Luck & Co. made New York pay dearly for the inability to deliver a knockout blow.

After driving to the Colts 7 early in the fourth quarter, New York could have made it a two-possession game. Instead, Denico Autry tackled Barkley for a 2-yard loss, Eli Manning was forced to throw the ball away on third down, and they wound up with a 27-yard field goal that gave the Giants a 27-21 lead.

"We knew we needed to score more points," Manning said. "Not getting a touchdown when we were down there that last time and had to settle for a field goal, that was tough. We have to do a better job there. We did a lot of good things, but obviously not quite good enough."

Despite forcing a punt on the Colts' next possession, the Giants self-destructed after taking over at the 4-yard line. Scott Simonson was called for a false start on the second play, wiping out Barkley's 3-yard run. A 9-yard pass from Manning to Barkley was negated by a holding call on John Greco, and Barkley was stripped of the ball on a third-down run that nearly went for a touchdown.

But the officials ruled Barkley's forward progress had been stopped — giving the Giants a brief reprieve.

When Luck got the ball back with a short field and the playoffs potentially on the line, he took advantage of the Giants' shortcomings. Linebacker Tae Davis was called for a 2-yard pass interference on third-and-3 from the Giants 46. Cornerback B.W. Webb drew the same infraction in the end zone with 59 seconds left. On the next play, Luck threw the 1-yard TD pass to Rogers and Manning's interception with 23 seconds left sealed the Giants' fate.

"It's one of those deals: throw high over the middle, those guys are going to make a play," Manning said. "But I thought I threw it in a spot where he could make a catch on him and get a chunk right there."

Manning was 25 of 33 with 309 yards and one touchdown, while Barkley was held to 43 yards on 21 carries and five receptions for 34 yards. Barkley scored on a 1-yard run .

Luck wound up 31 of 47 with 357 yards, two touchdowns and one interception, leading the Colts to touchdowns on three of the first four second-half possessions before taking a knee on the final series.

Eagles Rally Late, Beat Giants
Somehow, at 2-4-1, the Philadelphia Eagles are in sole possession of first place in the NFC East after Thursday's win.
5 days ago

Twitter Fingers: Rumbling and Stumbling
Daniel Jones' near-90 yard touchdown run quickly went from a glorious highlight to a Twitter-user's dream.
5 days ago

Stakes still high for struggling Giants, Eagles
The Giants and Eagles are woeful, but one can take a big step in the NFC East race Thursday. FOX Bet previews how to wager on this one.
5 days ago