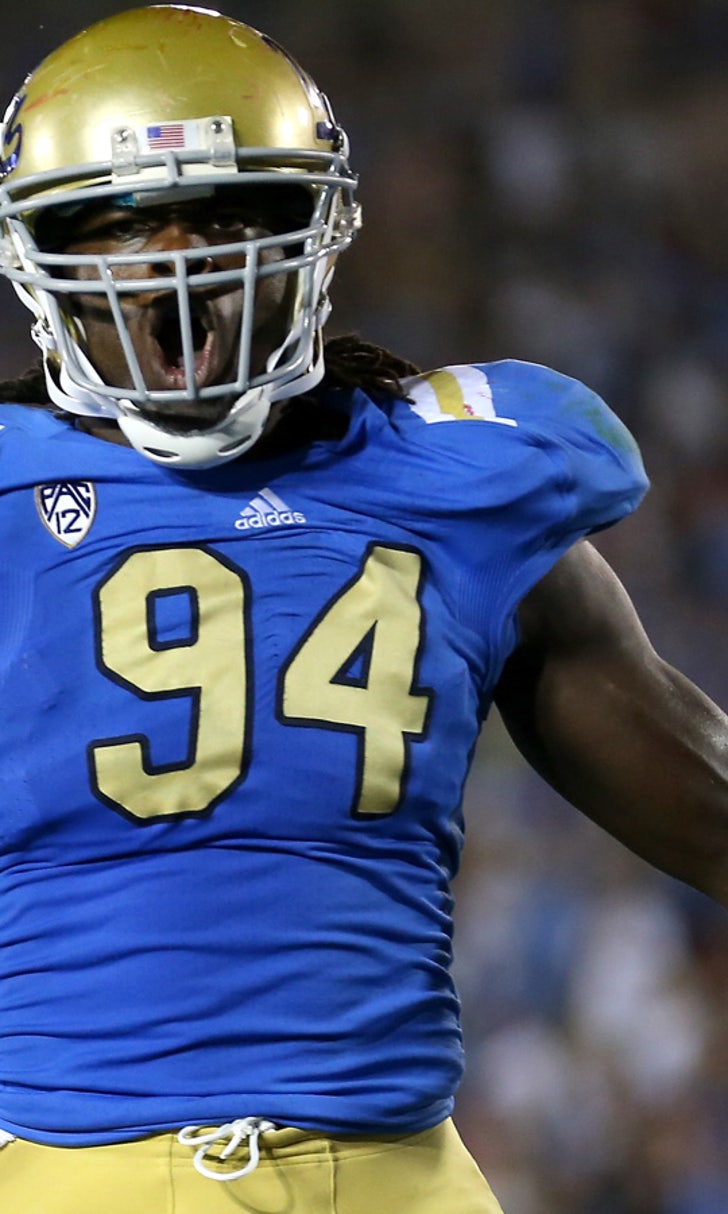 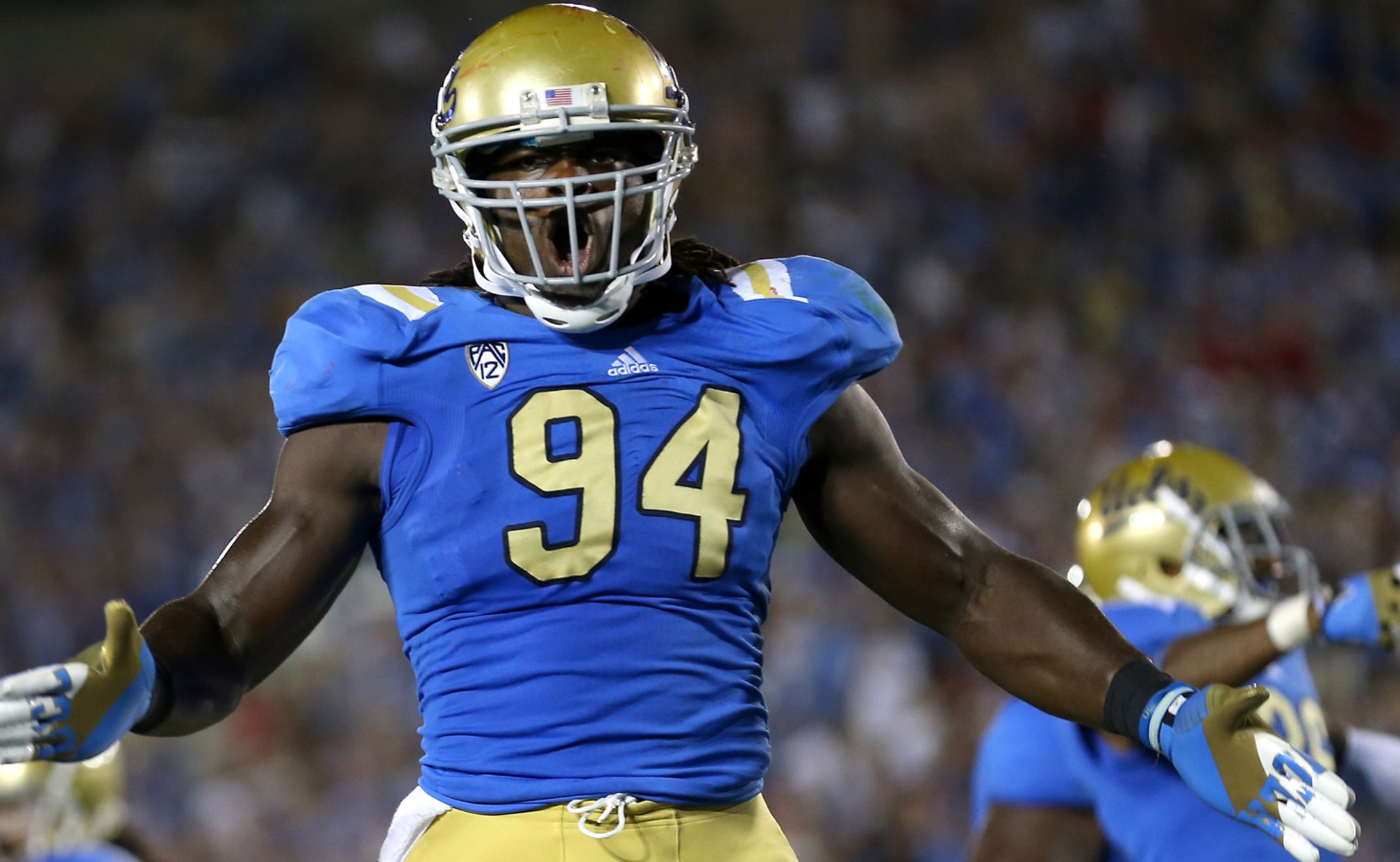 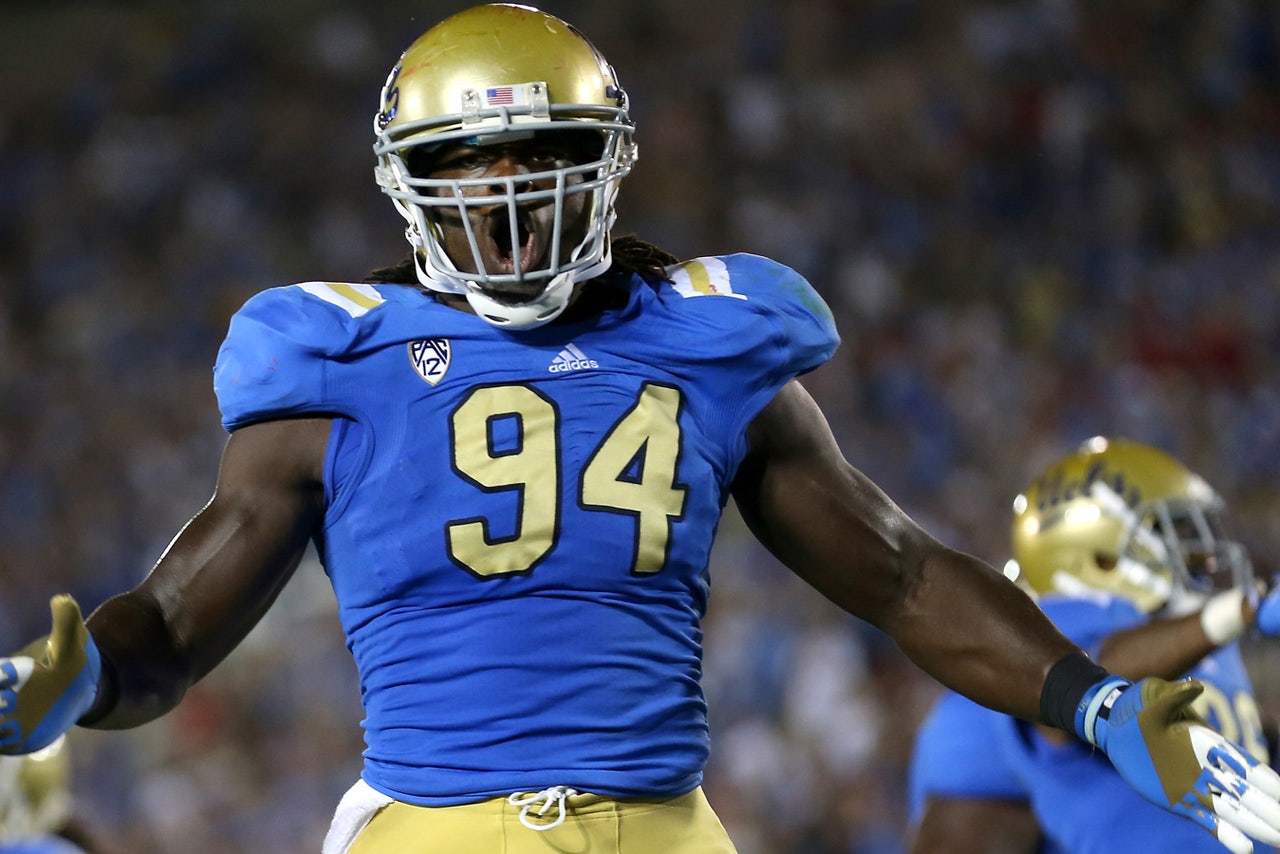 When the New York Giants selected Owa Odighizuwa with the No. 74 overall pick, fans couldn't help but remember the last player they drafted in this exact same spot—Justin Tuck. Owa is an exception athlete at 6-foot-3 and 267 pounds with long arms, big hands and an explosive 4.59 40-yard dash.

Owa's athleticism is just one reason to believe there is untapped potential in him. Another great indicator is the defense and position that Owa is transitioning into. After playing as a down lineman in a 3-4 base defense, Owa will move to the defensive end spot in Giants defensive coordinator Steve Spagnuolo's 4-3 base defense.

The two positions are very different, and Owa's new spot will allow him more one-on-one opportunities to rush the passer off the edge. Needless to say, Owa is very excited about this.

"I’m extremely excited," Owa told reporters on Friday. I’ve been waiting to be in this situation where I can just be a defensive end getting after the quarterback, playing physical against the run, just playing that traditional four down over, under defense. I’ve been looking forward to that for a very long time.

Despite the fact that he played as a down lineman in UCLA's 3-4 base defense, Owa's 56 combined sacks, quarterback hits, and hurries in 2014 were sixth-most among all draft eligible prospects, according to College Football Focus.

The Giants may have pulled off one of the draft's best overall values at any position by drafting the athletic freak out of UCLA with the production to back it up.

Rams Defense Dominates Brady On MNF
The clutch Brady of old was nowhere to be found Monday. Instead, Sean McVay's squad simply made the Bucs QB look old.
3 hours ago

Market Decline
Nothing seems to be trending in the right direction for Carson Wentz and the Philadelphia Eagles. Could a change be imminent?
7 hours ago

Sean Payton Is The NFL's QB Whisperer
Sean Payton has a body of evidence that suggests he knows exactly what he’s doing when it comes to the QB position.
9 hours ago

Commander in Chief
Mahomes and the Chiefs got their revenge Sunday, and proved that even a perfect game plan is not enough to stop them.
14 hours ago

Two-Horse Race
Geoff Schwartz says the Chiefs and Steelers have separated from the AFC pack, and he picks the horse to bet on in the NFC East.
15 hours ago
those were the latest stories
Want to see more?
View All Stories
Fox Sports™ and © 2020 Fox Media LLC and Fox Sports Interactive Media, LLC. All rights reserved. Use of this website (including any and all parts and components) constitutes your acceptance of these Terms of Use and Updated Privacy Policy. Advertising Choices. Do Not Sell my Personal Info