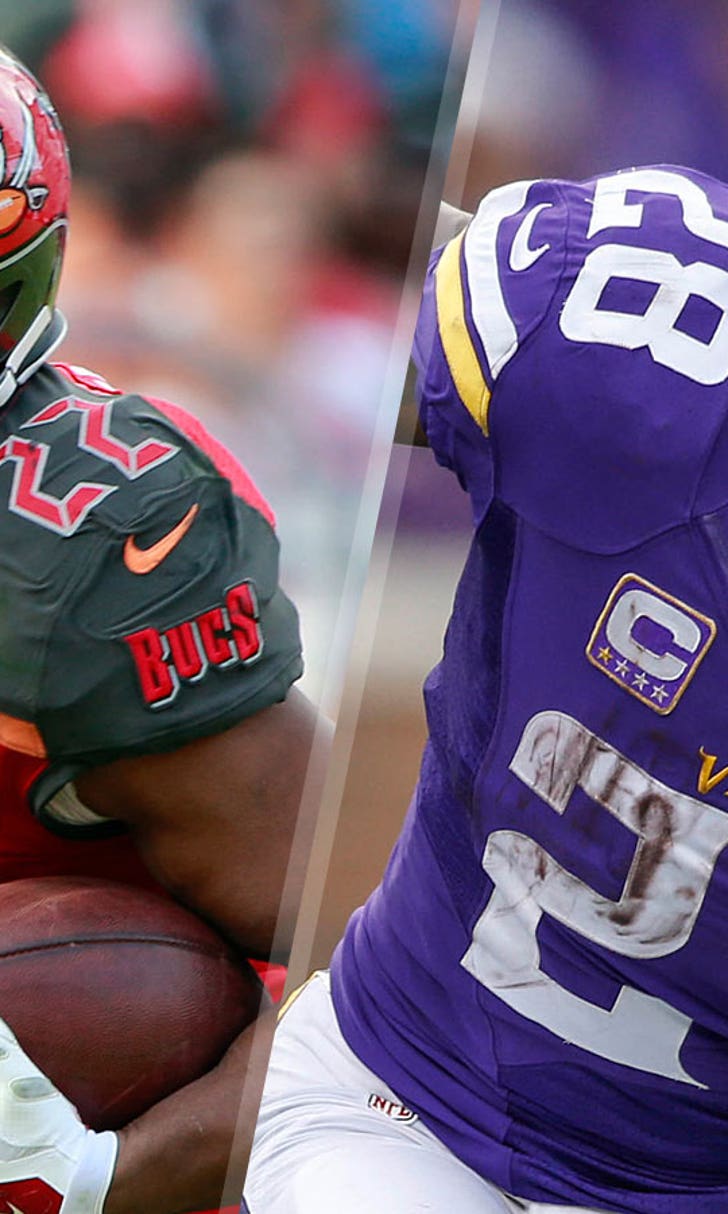 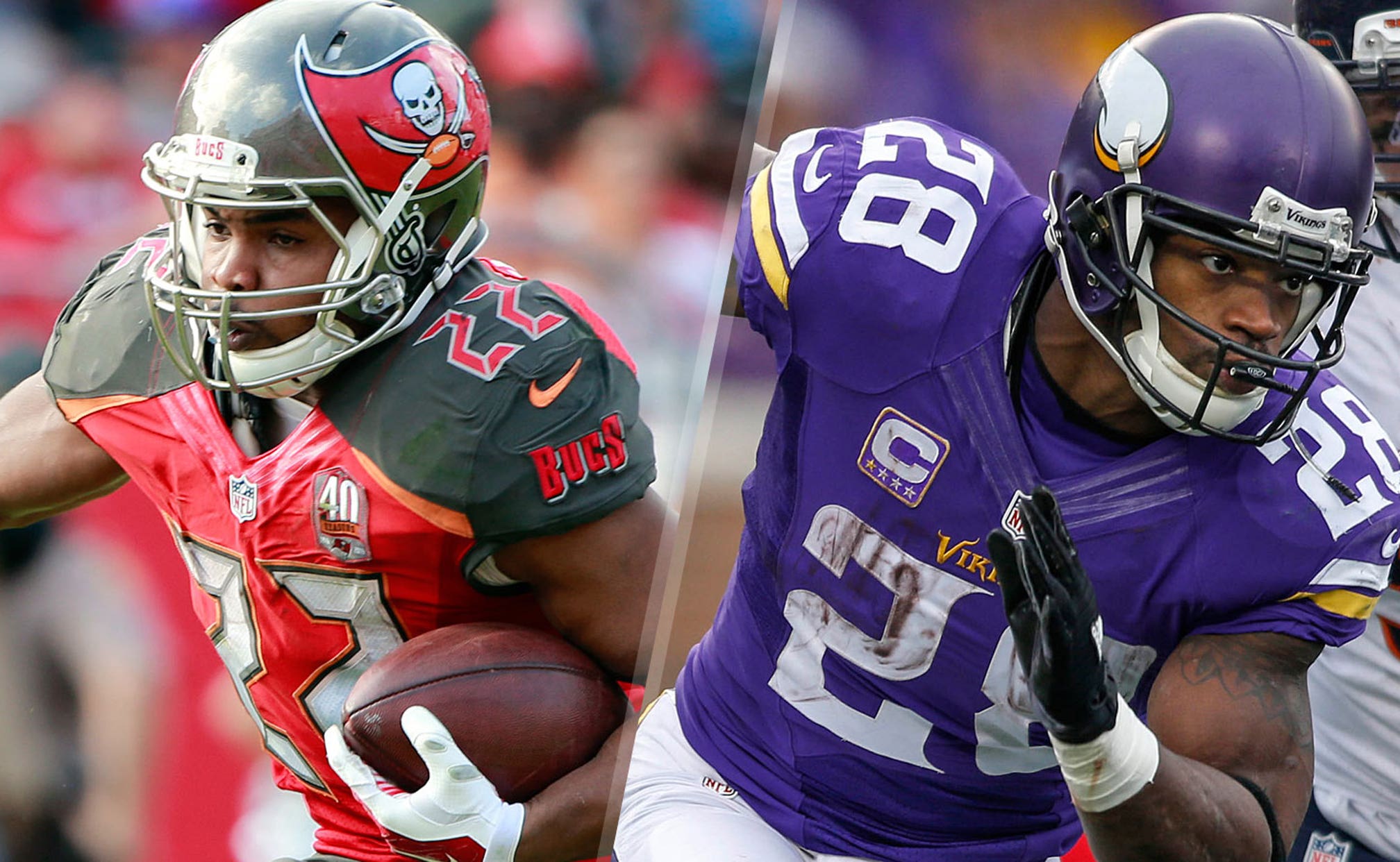 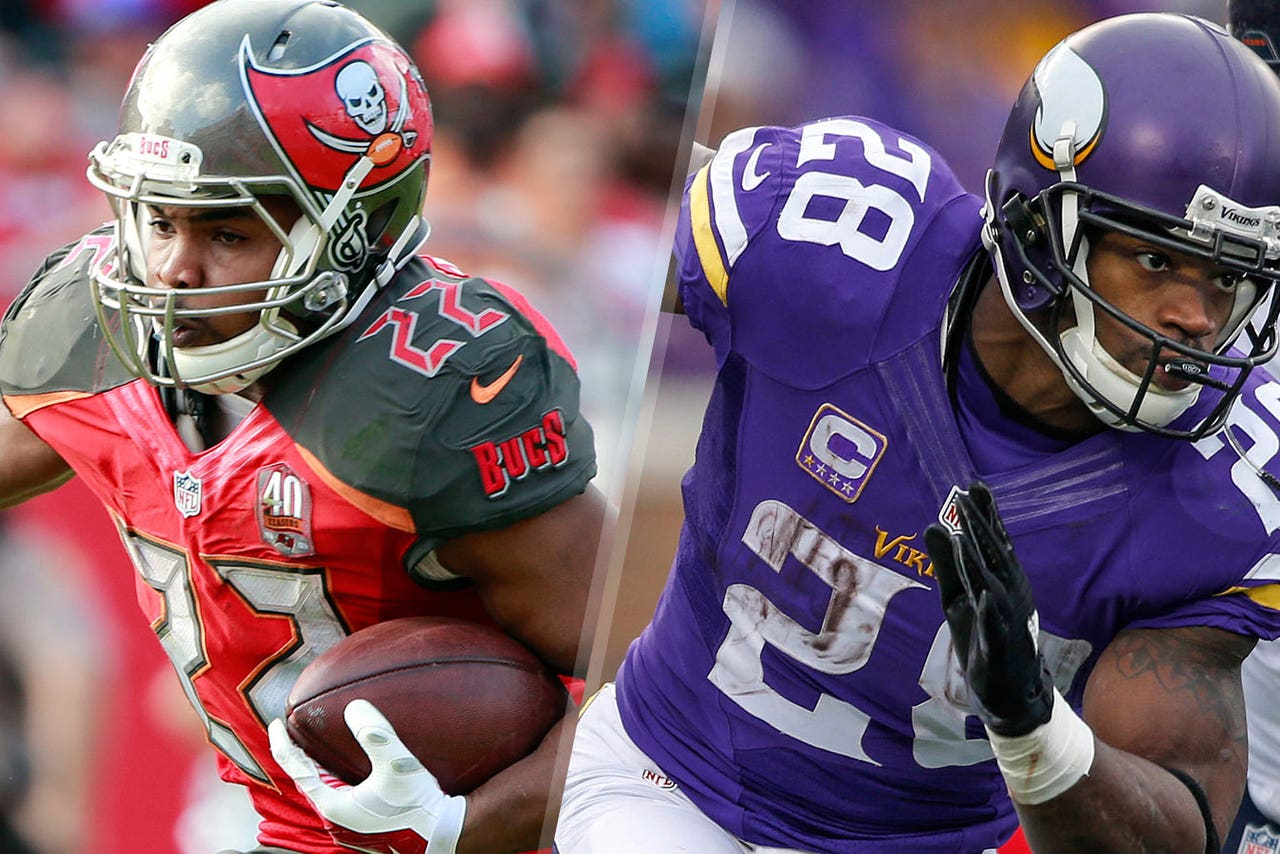 The 2015 NFL rushing title has come down to two players it seems, Adrian Peterson and Doug Martin. While Peterson of the Minnesota Vikings currently holds a 1,314 to 1,305 lead over Martin of the Tampa Bay Buccaneers, there are plenty of reasons to believe that Martin could still come back.

For Peterson, he and the Vikings will face off against the New York Giants and Green Bay Packers in the final two games. While it is worth noting that he tweaked his ankle in Week 15, he seems to be good to go and is expected to play. As for the matchups, the Giants have allowed an average of 114.6 rushing yards per game, ranking them No. 20 in the NFL, while the Packers have allowed 116.6 per game, leaving them at No. 22.

Now, obviously if this comes down to Week 17, it's going to leave Peterson as the favorite due to a better matchup. With that said, the Buccaneers may be facing a Panthers team who could rest starters potentially. At this point, that's completely up in the air though.

What is pretty amazing to consider is the fact that many were ready to throw in the towel on Martin's career, and now he's right there with one of the best running backs in the NFL for an impressive honor. Can he pull off the upset? It's absolutely a possibility.

Your Average American QB
Jared Goff's numbers might not be eye-popping, but he continues to get the job done for the Los Angeles Rams. How?
3 days ago

Playing Favorites In Week 8
A big-time NFC West clash leads Week 8, and Jason McIntyre's riding with the Seahawks in his parlays and teasers.
4 days ago

MVP Watch: Brady Enters Fray
Russell Wilson has a firm lead in the MVP race, but a three-time winner with an unrivaled pedigree is creeping up the list.
4 days ago

No Passing These Bucs
In his Week 7 review, Geoff Schwartz explains why Tampa Bay is the NFL's best team. Plus, Mike McCarthy is in trouble in Dallas.
5 days ago
those were the latest stories
Want to see more?
View All Stories
Fox Sports™ and © 2020 Fox Media LLC and Fox Sports Interactive Media, LLC. All rights reserved. Use of this website (including any and all parts and components) constitutes your acceptance of these Terms of Use and Updated Privacy Policy. Advertising Choices. Do Not Sell my Personal Info