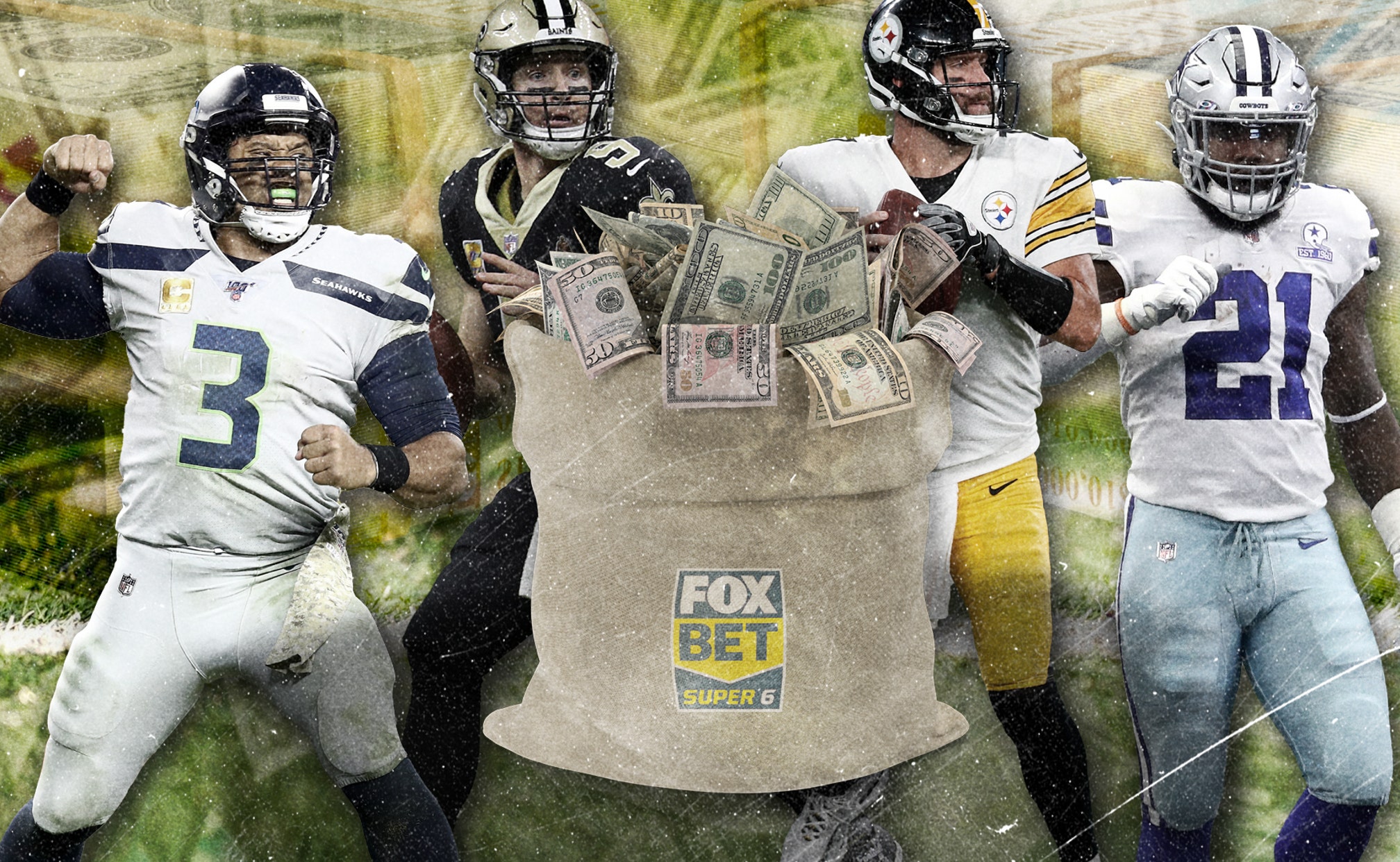 This week's NFL Super 6 contest features two of the most public teams in all of football as underdogs, and an opportunity for the Dallas Cowboys to get things right. But more importantly, it offers you a chance to win $1 million – yes, you read that right – absolutely free.

So as we head toward all the picks and action of Week 7, here's how I'm handicapping these six games both against the spread and in the Super 6 contest.

As bleak as things appear, Cowboys fans, remember nobody is as good or as bad as they played last week. Specifically, the Cowboys are a league worst -12 in turnover differential, and that’s unsustainable – even for Andy Dalton.

This offense full of dynamic skill position players is coming off its worst performance of the season, and primed for a bounce-back. Washington’s defense, so impressive in the opener against Eagles, has given up nine plays of 40+ yards, and they’re ninth in missed tackles (47). They’d given up 30+ points in four straight games before holding the 32nd ranked offense in DVOA to just 20 points. Cowboys by 1-3 points.

The Packers are coming off a humbling loss in which Aaron Rodgers played one of the worst games of his career. It’s a great buy-low spot.

Green Bay is 10-0 against the spread in its last 10 games following an ATS loss – and keep an eye on Packers RB Aaron Jones. Coming off his worst game since becoming a starter (10 carries, 15 yards), Jones is facing a Texans defense that has given up more explosive runs (31) than any team in the NFL.

The Texans offense can keep up, but its inability to stop anyone – the Titans had 601 yards of offense Sunday – is why I like Green Bay. Packers by 4-6 points.

This seems like the perfect revenge spot for Teddy Bridgewater, who goes back to the franchise he played for last year, with an offensive coordinator (Joe Brady) who was an offensive assistant under Sean Payton for two years.

But Bridgewater has faced two top 10 defenses (Tampa, Chicago) and been sacked a total of nine times in those games, both losses.

Off a bye week, the Saints' banged-up secondary should finally be healthy, and there will be fans (just 3,000) for the first time in the Superdome. Oh, and New Orleans has won 14 straight games in October. Saints by 7-9 points.

Now that Dan Quinn is gone, the Falcons won’t have any problem holding leads, right? Well, when Kirk Cousins hands you three first half interceptions – including one on the first play of the game – it’s hard to blow that.

Detroit’s Matt Patricia showed me something last week for the first time – an impressive game plan. He abandoned his traditional man defense, played the most zone he ever has, and the Lions rolled over Jacksonville. But he had time to devise that with the bye week. The key here will be pressure – Matt Ryan struggled badly last season throwing outside the pocket, ranking 23rd of 24 QBs. The Lions only rank 28th in pressure rate and have just six sacks this season. Falcons by 1-3 points.

Over his last 15 starts, Ryan Tannehill has been one of the best QBs in nearly every statistical category, and much of his success can be attributed to defenses having to key on 2019 rushing champion and 2020 rushing leader Derrick Henry.

The Steelers, meanwhile, boast the No. 1 rushing defense in the NFL. Expect Tannehill to take advantage of the injury to Pittsburgh’s best linebacker, Devin Bush, by utilizing his depth at tight end – Anthony Firkser and MyCole Pruitt – if Jonnu Smith’s injury keeps him off the field.

Perhaps the strangest statistical oddity of the week, though: The undefeated Titans have a negative net yards per play (-0.7), and the teams level with them or worse have a combined record of 6-28-1. Steelers by 4-6 points.

Football fans saw Arizona destroy favored Dallas Monday Night, but are the Seahawks going to turn the ball over four times like the Cowboys? If you strip away the 80-yard TD pass and the garbage time 69-yard TD run, Arizona averaged a paltry 4.9 ypp. Assuming Seattle comes out of the bye healthy – specifically safety Jamal Adams, Seattle should control this game.

Russell Wilson is 6-2 after a bye week and he hasn’t lost after the week off since 2015. Arizona defeated Seattle last year in Week 15, a game Chandler Jones dominated (6 QB hits, 4 sacks, 2 forced fumbles). He’s out for the season (biceps).  Seahawks by 7-9 points.