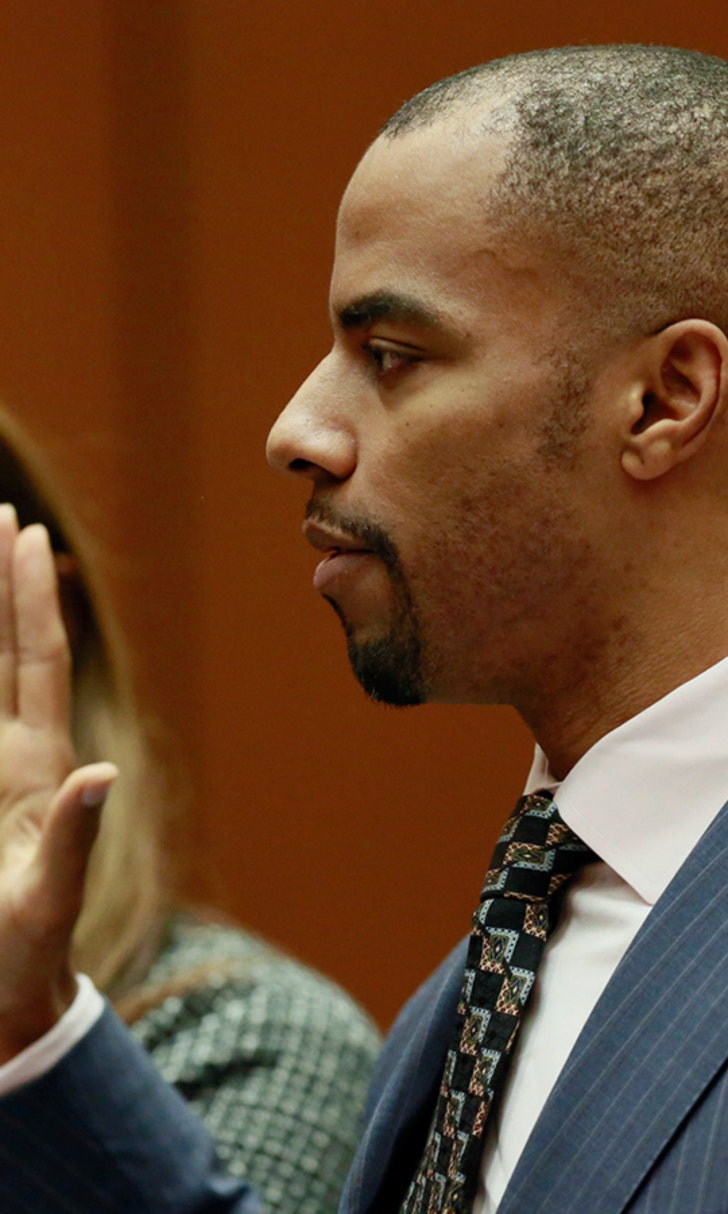 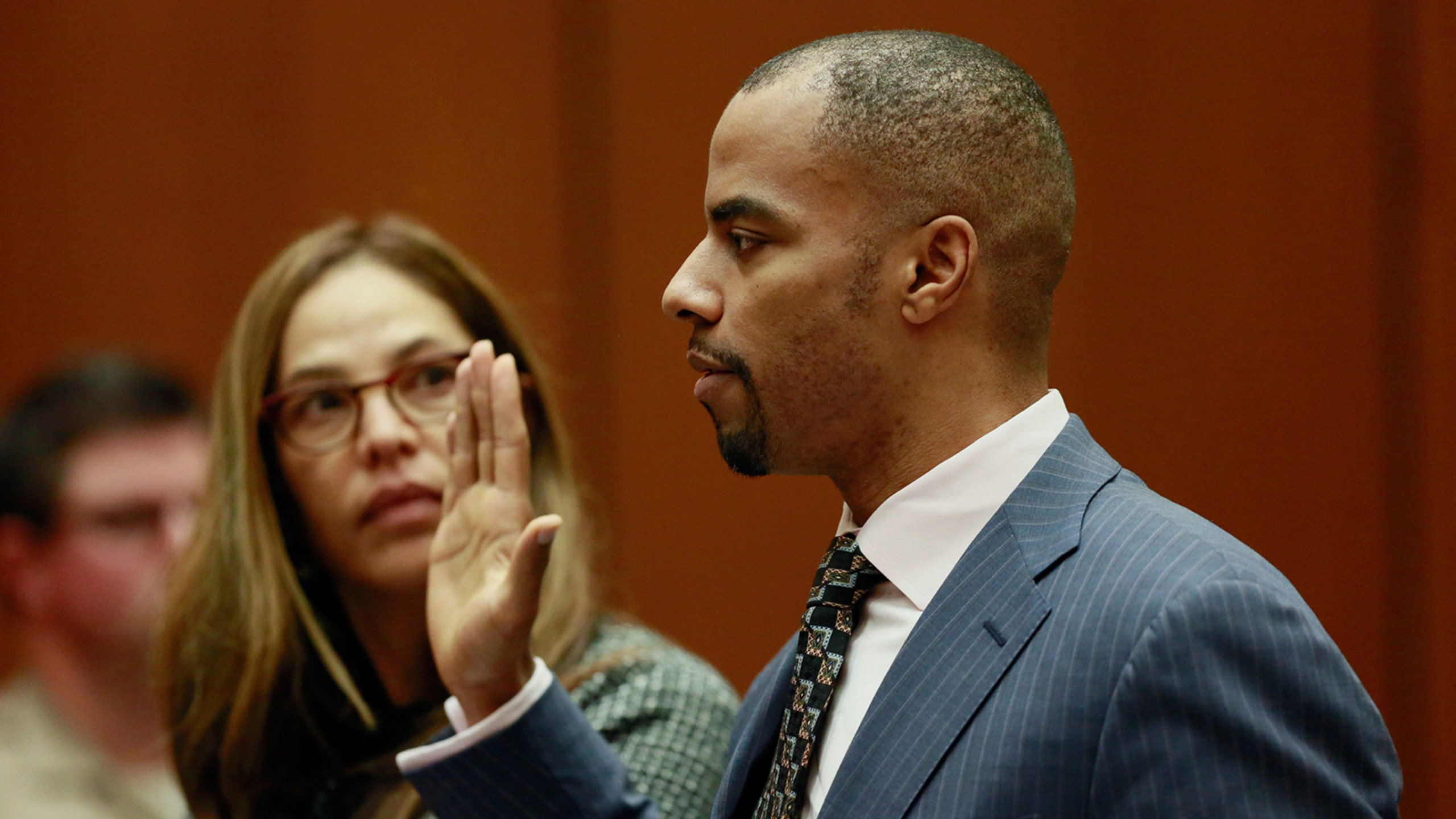 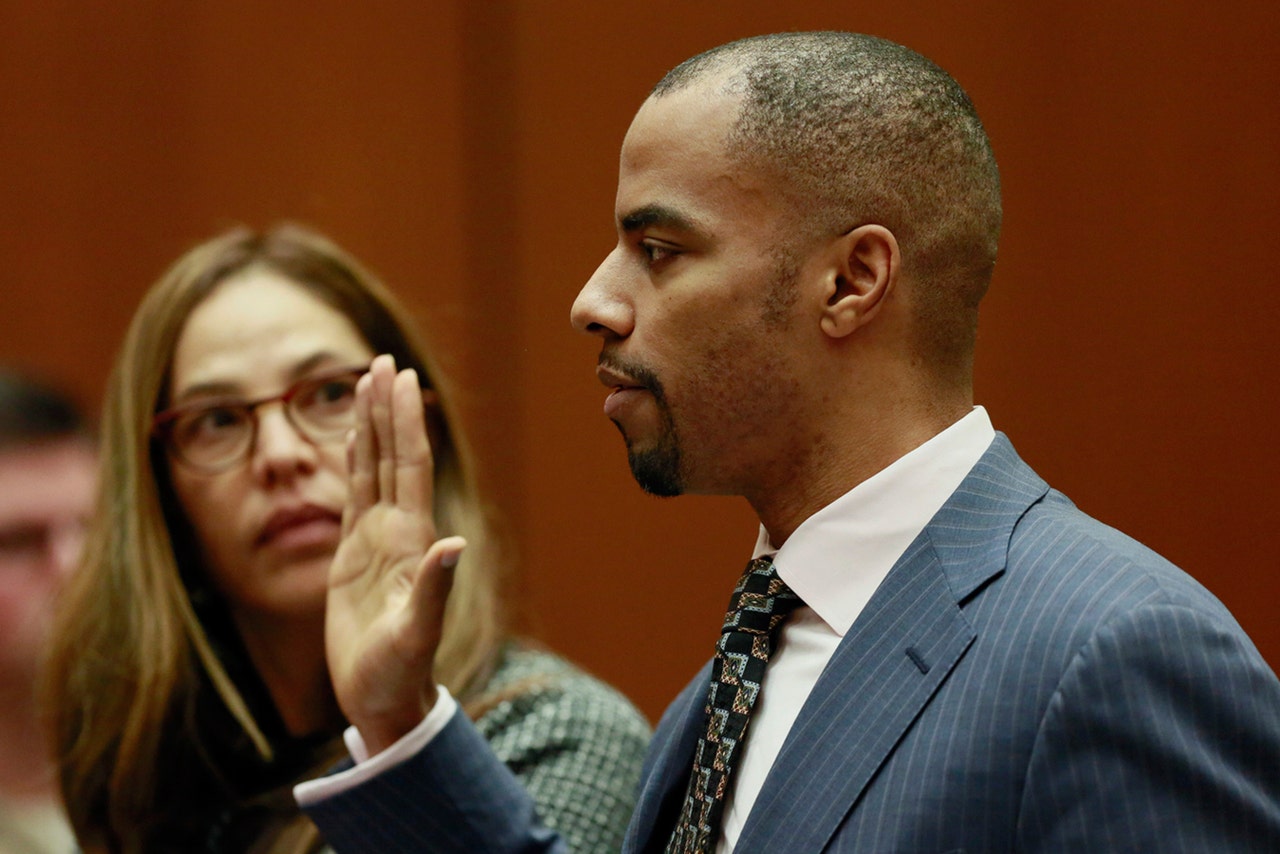 NEW ORLEANS (AP) -- A federal judge Tuesday formally accepted Darren Sharper's plea deal in a drug and rape case, making clear to the former NFL star that she could sentence him to 20 years in prison.

U.S. District Judge Jane Triche Milazzo had earlier rejected a deal that could have meant a nine-year sentence. Attorneys say federal sentencing guidelines call for a sentence in the range of roughly 15 or 16 to 20 years. Prosecutors said in court Tuesday that they may recommend a lighter sentence, based on Sharper's cooperation in related cases.

Sentencing was set for June 16.

In addition to his federal guilty plea, Sharper has pleaded guilty or no-contest in state courts to charges that he drugged and sexually assaulted women in Arizona, California, and Louisiana.

Those charges involve nine victims, but Milazzo said in court earlier this month that there may be as many as 16.

Sharper has been sentenced to nine years in Arizona but still awaits formal sentencing in Los Angeles, Las Vegas and in state and federal courts in New Orleans.

Sharper, shackled and in orange prison garb, said little other than to answer basic, yes-or-no questions from Milazzo about whether he understood the implications of his plea deal. Asked if was entering the plea because he was, indeed, guilty, he replied, "Yes, ma'am."

There are two co-defendants in the Louisiana state and federal cases.

Still set for trial May 16: Brandon Licciardi, a former sheriff's deputy in the New Orleans suburb of St. Bernard Parish, and Erik Nunez.

Sharper was selected All-Pro six times and chosen for the Pro Bowl five times during a career that included stints with the Green Bay Packers and Minnesota Vikings. He played in two Super Bowls, one with the Packers as a rookie and one with New Orleans Saints when they won in 2010.

He ended a 14-year career in 2011. He was working as an NFL network analyst when women began telling police in several cities similar stories of blacking out while drinking with him and waking up groggy to find they had been sexually abused.

Top Plays: Divisional Sunday
The NFL playoffs featured a game-changing turnover for the second straight day. We broke down the big moments.
3 days ago

One More Matchup For The Ages
Tom Brady and Drew Brees have faced countless big occasions before, yet Sunday’s showdown between the Bucs and Saints feels different.
4 days ago

Our 60-Minute Drill For Playoff Bettors
Join Geoff Schwartz, Jason McIntyre and Sara Perlman as they offer betting advice for all four divisional playoff games live!
5 days ago
those were the latest stories
Want to see more?
View All Stories
Fox Sports™ and © 2021 Fox Media LLC and Fox Sports Interactive Media, LLC. All rights reserved. Use of this website (including any and all parts and components) constitutes your acceptance of these Terms of Use and Updated Privacy Policy. Advertising Choices. Do Not Sell my Personal Info