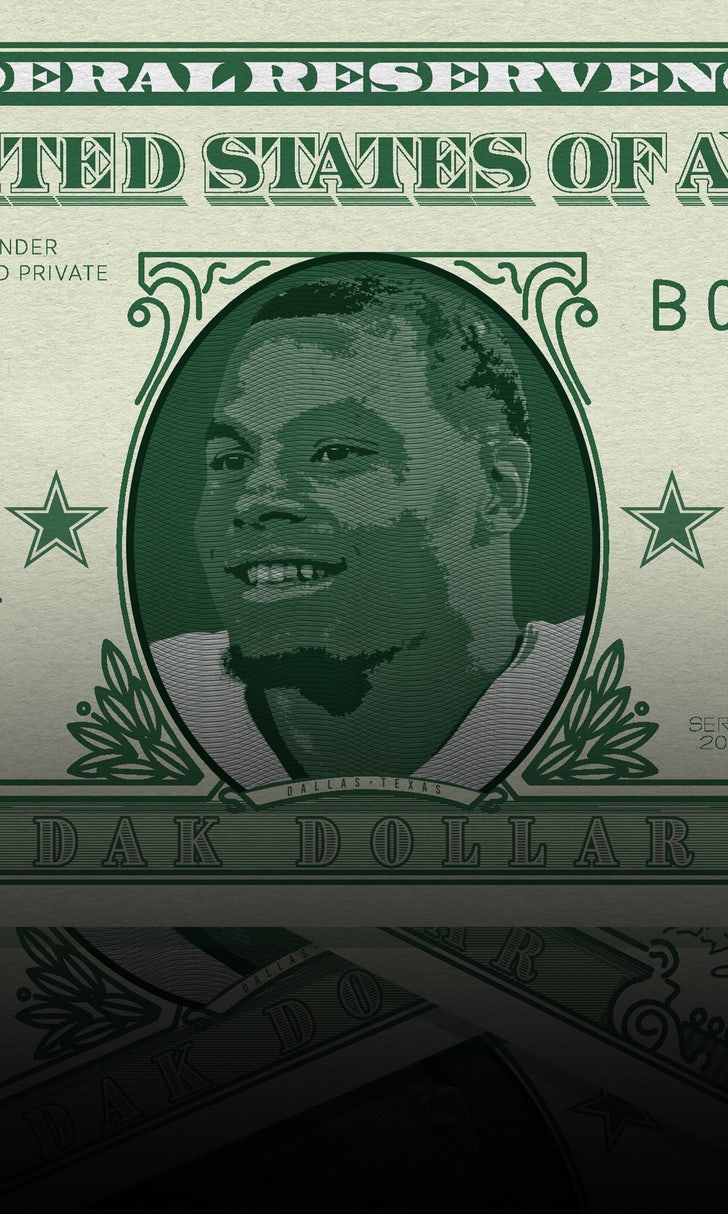 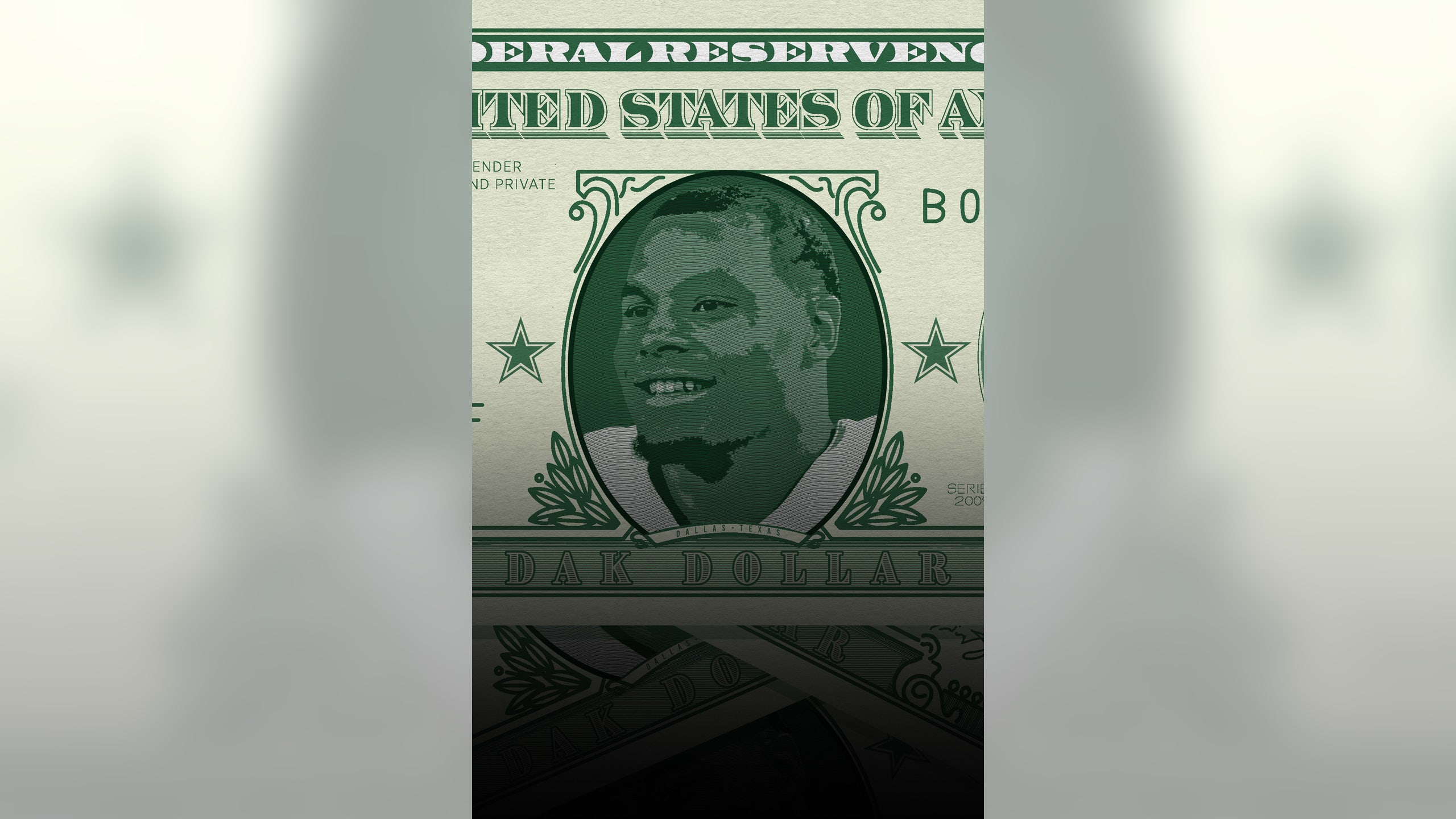 Dak Prescott and the Dallas Cowboys are stuck in neutral

It isn't often that a team coming off a 6-10 season has a hype video making major headlines.

Then again, there's no team quite like the Dallas Cowboys. And their video did make headlines, mainly due to a notable absence.

Alongside some legends of yesteryear, Ezekiel Elliott, Amari Cooper and Demarcus Lawrence made the final cut of current Cowboys in the video.

Dak Prescott, however, was not featured.

A not-so-subtle message from the team, perhaps? Not quite, according to Derek Eagleton, the team's senior director of media and programming.

That "oversight" sent major shockwaves through the sports landscape, particularly as the Cowboys and Prescott remain embroiled in protracted contract extension talks.

What's going on between Dak and Dallas?

Depends whom you ask.

Emmanuel Acho gave his thoughts on the hype video controversy, believing that even honest mistakes can be revealing.

"You ain't gonna have a clip of Dak Prescott? What that tells me is Dak Prescott isn't necessarily as top-of-mind as some people might think. ... The question is very simple: Do other people share the same sentiments as the people that put this [video] together?"

Of course, the person whose opinion matters most is team owner Jerry Jones.

As Matt Mosley pointed out in January's "How To Fix The Cowboys" series on FOXSports.com, Jones aimed to lock Prescott down for five years prior to the 2020 season.

The quarterback, however, preferred a four-year agreement, and after no deal was struck, the 27-year-old Prescott played under the franchise tag on a one-year, $31.4 million deal.

Despite a 2-3 record in games Prescott started, the quarterback played impressive football. 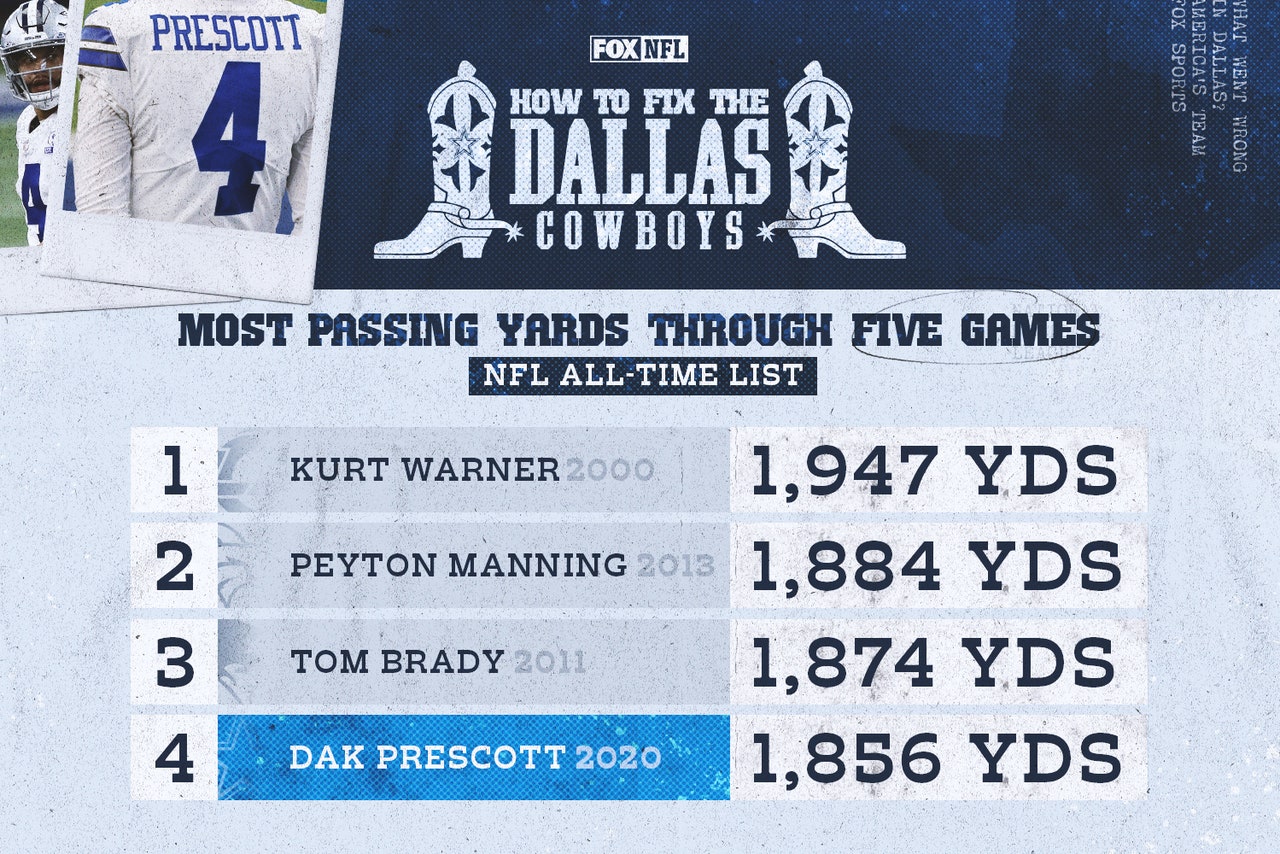 Prescott looked poised for a career year until an ankle injury ended his season.

From Weeks 2 through 5, Prescott racked up more than 450 passing yards in three consecutive games, becoming the first player in league history to do so. 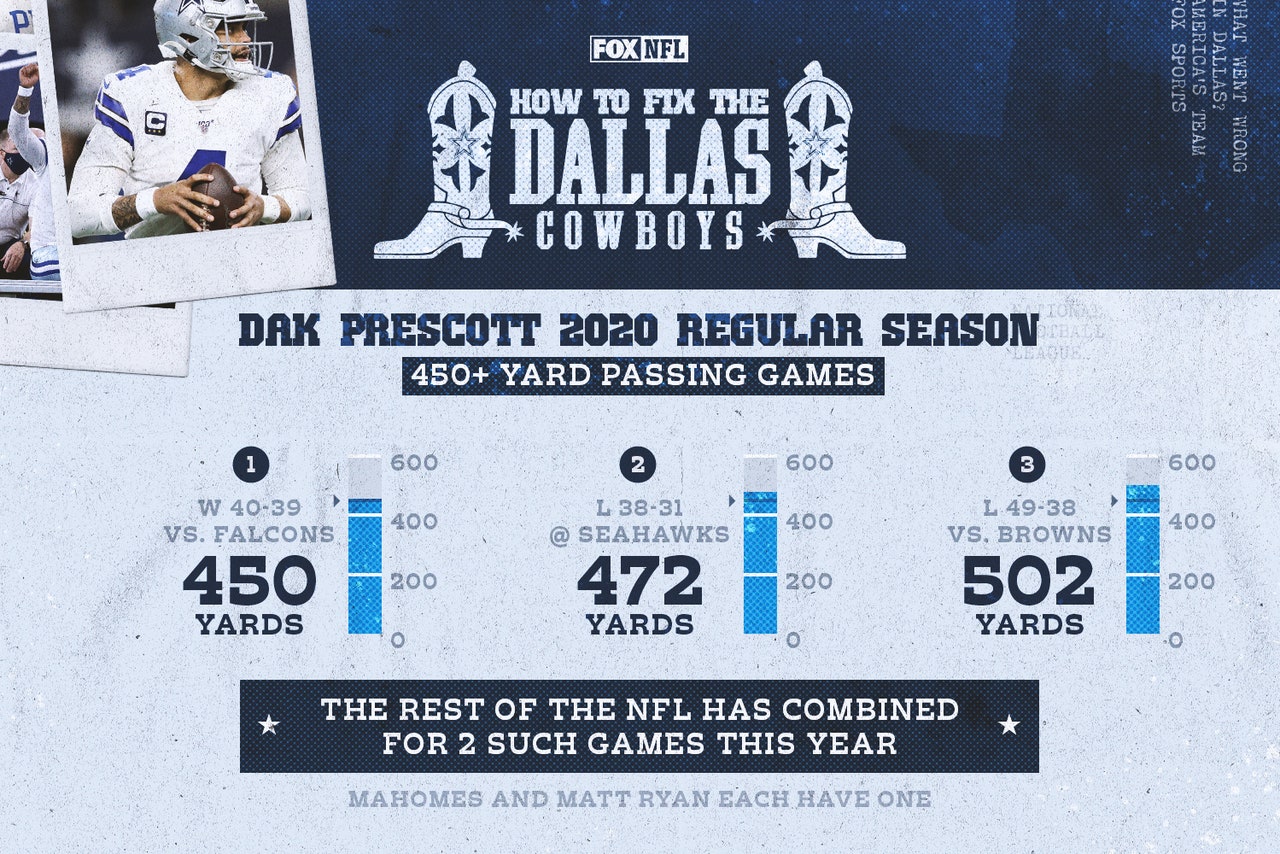 While all reports indicate that Prescott is on schedule for a full recovery, his injury has to factor into Jerry's decision-making.

For Nick Wright, the decision for the Cowboys is an easy one, especially given the state of the other NFC East teams.

Prescott is far and away the most accomplished quarterback of the NFC East crop, assuming the saga between Carson Wentz and the Philadelphia Eagles plays out as expected.

A lot can change between now and the start of the season, but if Wentz is on his way out, that would leave Jalen Hurts (Eagles), Daniel Jones (New York Giants) and Taylor Heinicke (Washington Football Team) as the presumed starting quarterbacks for Dallas' division rivals.

With the Eagles, Giants and WFT in a state of flux, continuity with Dak could be a boon for Dallas, as Wright pointed out.

As for Prescott, his injury while playing on a one-year deal could convince him to meet the Cowboys in the middle in order to gain long-term security.

Unless a multiyear extension is struck, Dallas reportedly plans to use the franchise tag on Prescott again this season.

That's a situation the QB might want to avoid, per Wright:

In Wright's eyes, it makes sense for both parties. But will it make dollars?

The next hype video the Cowboys release could hold the answer.