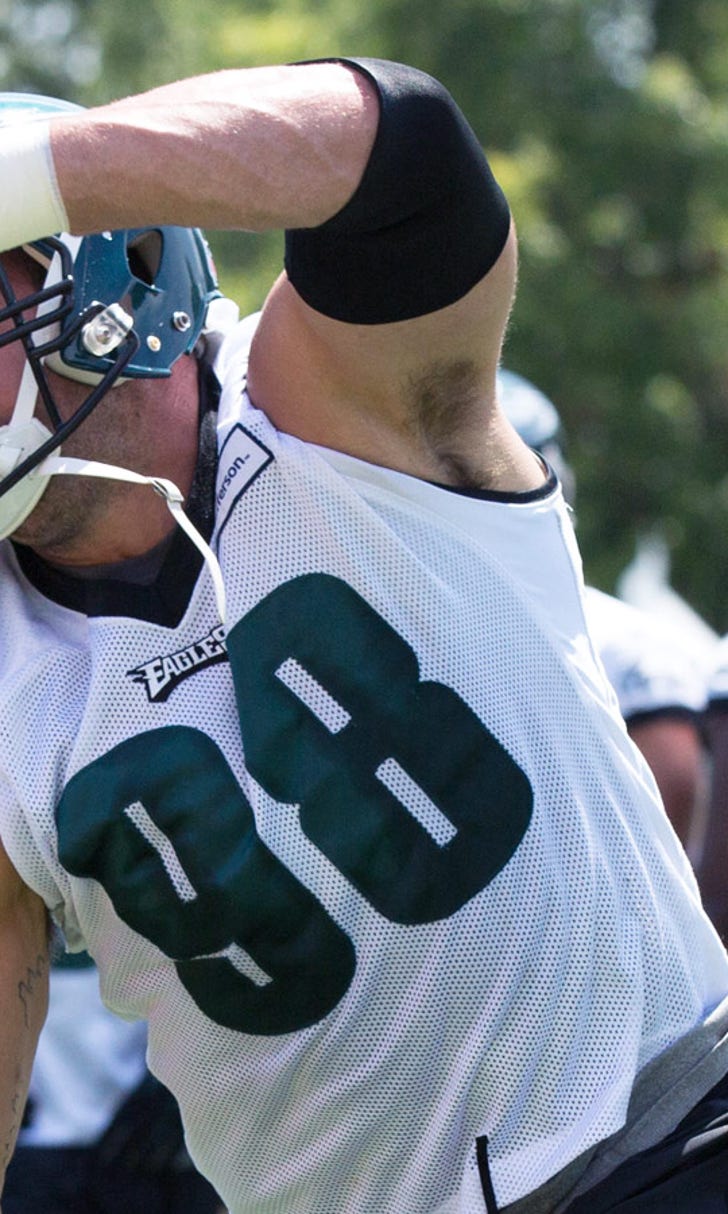 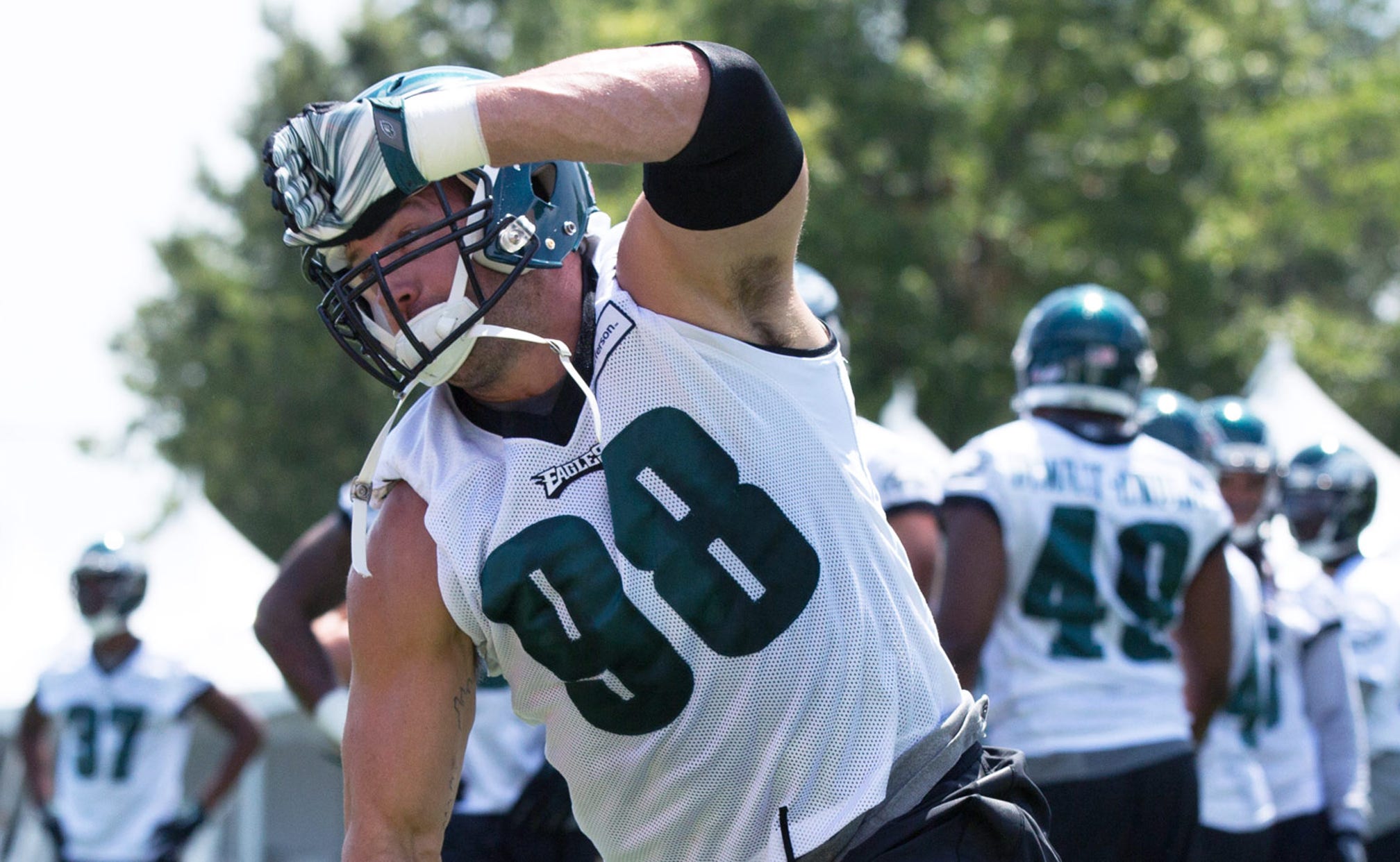 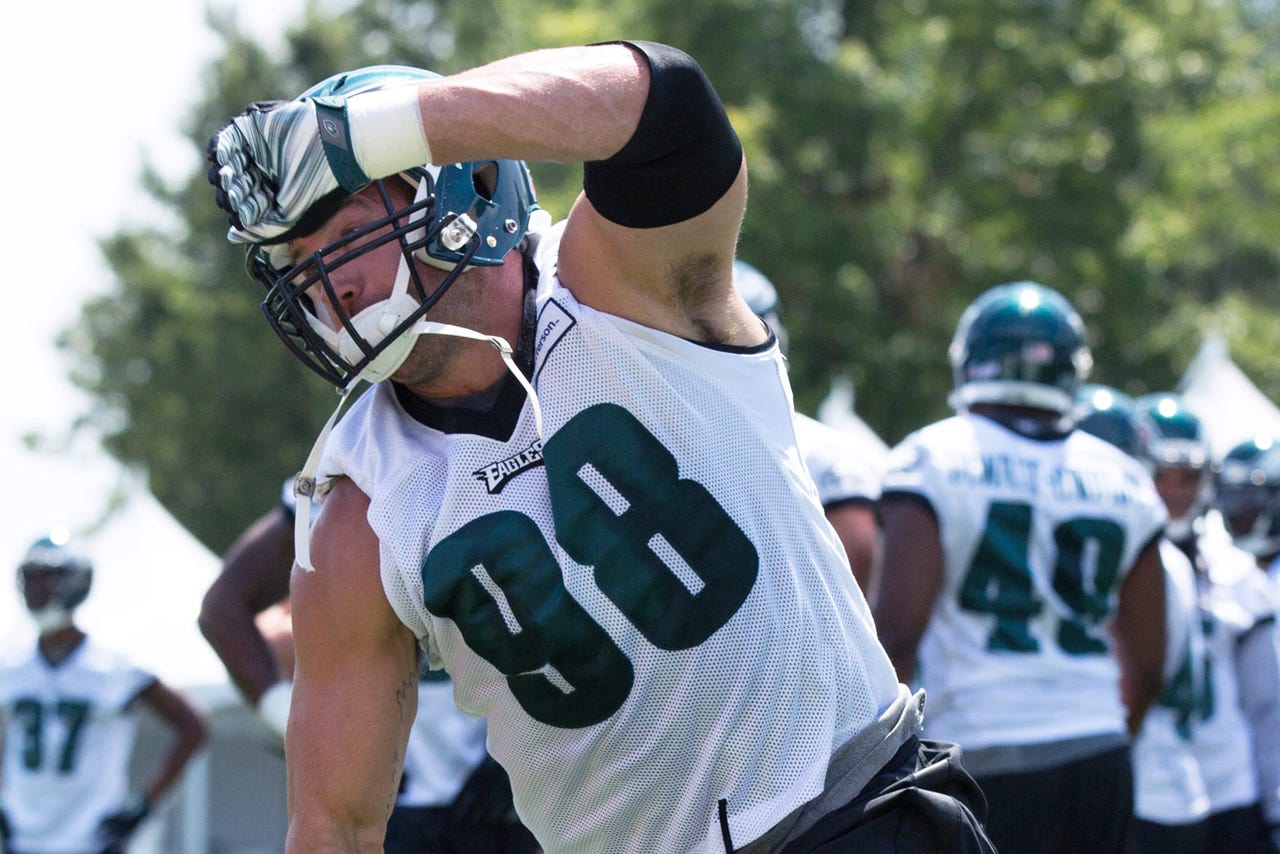 After being traded on Saturday, Brandon Boykin called head coach Chip Kelly hard to communicate with. Outside linebacker Connor Barwin was quick to dispel that notion and come to Kelly's defense.

It seems like every time a former Philadelphia Eagles player take a shot at Chip Kelly, Connor Barwin is there to deny their claims. There have been a lot of accusations against Kelly this offseason, but the most recent one paints him as a difficult coach to play for.

“I think he communicates as much or more than any other coaches that I’ve played before," Barwin said of Kelly on the 94WIP Morning Show. I think that everybody understands that if you have something to say you can go say it to Chip and he communicates why he does everything he does. So, I feel like he’s as easy to communicate as any coach that I’ve ever played for.”

The next question becomes, why are so many players speaking out against Kelly if there is no base to their comments. Barwin has a theory for that, and it focuses on the players who are complaining and not the coach.

With every move, Kelly gets closer and closer to molding a roster complete with "Chip Kelly players". With each move, he also compromises value in order to craft a team in his image. Exchanging all-pro guard Evan Mathis and dominant slot cornerback Boykin for a fifth-round draft pick can only be seen as an extreme loss of value from a purely football standpoint.

The Path of Least Consistence
For the NFC East, wins haven't been aplenty. However, intrigue has been in never-ending supply.
7 hours ago

Market Decline
Nothing seems to be trending in the right direction for Carson Wentz and the Philadelphia Eagles. Could a change be imminent?
5 days ago

NFL's Top Plays of Week 11
Follow along live with all of the action around the NFL, updating as it happens!
6 days ago
those were the latest stories
Want to see more?
View All Stories
Fox Sports™ and © 2020 Fox Media LLC and Fox Sports Interactive Media, LLC. All rights reserved. Use of this website (including any and all parts and components) constitutes your acceptance of these Terms of Use and Updated Privacy Policy. Advertising Choices. Do Not Sell my Personal Info