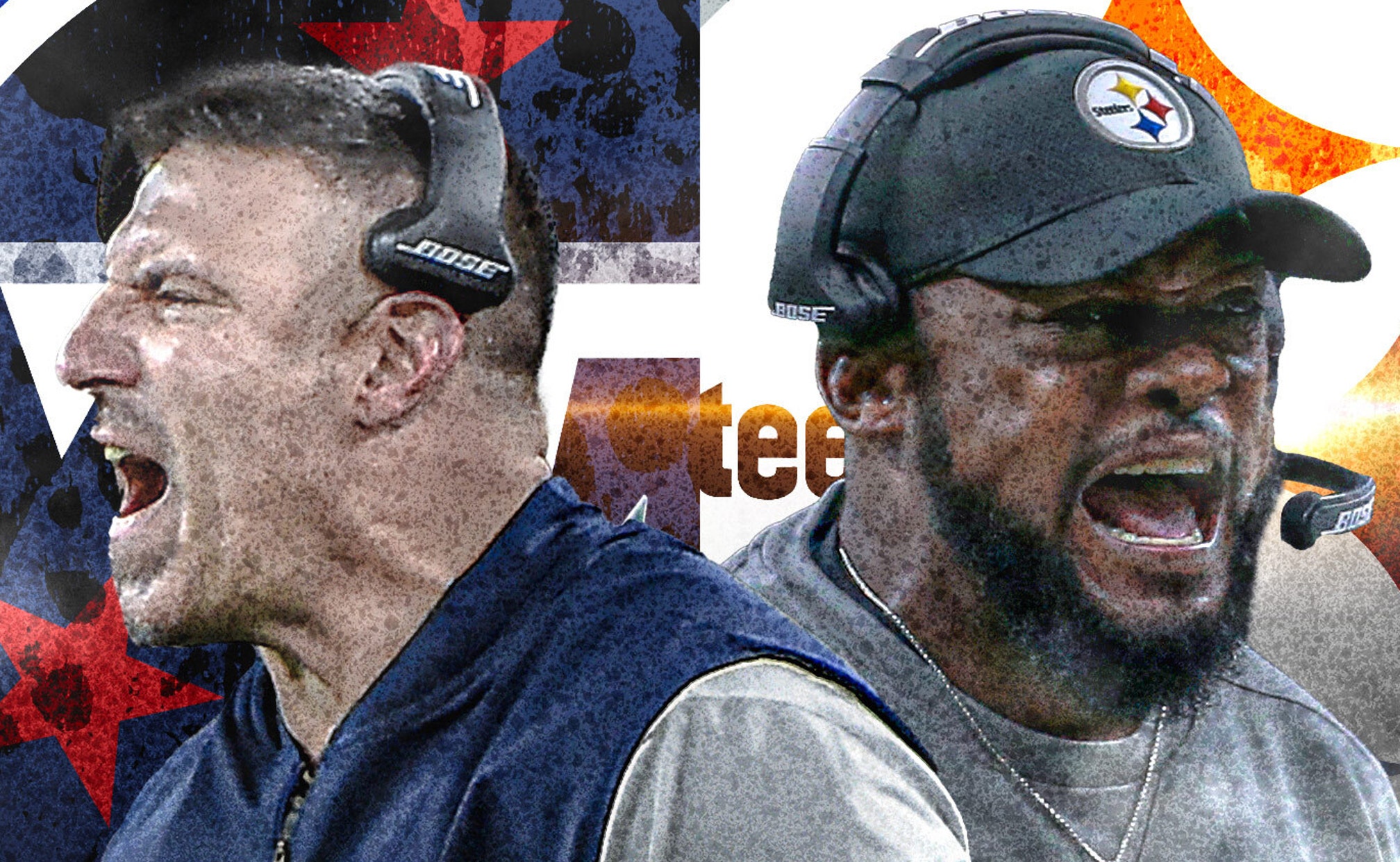 As the season nears the halfway point, the contenders start to separate from the pretenders. We can point to many factors, including having excellent rosters, quarterbacks heating up, defenses starting to tackle better and so on.

But today, I want to focus on coaching. The best coaches are designing offenses that fit their personnel, preparing their teams better and putting an emphasis on physically beating up opponents, as we learned in Week 6.

I was wrong about Ryan Tannehill

Last season, in just 13 starts, including the three playoff games, Ryan Tannehill was fourth among NFL QBs in expected points added. The Titans designed an offense that revolved around the play-action pass – seventh most such attempts in the league – which Tannehill was outstanding executing.

Tannehill averaged 9.7 air yards per attempt, good for third in the NFL. Beyond improving the Titans passing attack, Derrick Henry’s numbers climbed after Tannehill took over, as defenses started keeping both their safeties deep to prevent those home run passes.

The Titans rewarded Tannehill with a multiple year contract, with their first real out after three seasons. I did not agree with this decision and was vocal about it. Examples of quarterback reinventing themselves in year eight of their career are truly few and far between. I believed history would prove me correct.

After five Titans games in 2020, I was incorrect. This Ryan Tannehill-led offense is here to stay, and Titans play designer Arthur Smith deserves a hat tip.

Tannehill has this offense humming along in his five starts in 2020 – first in overall expected points added, with Tannehill also leading quarterbacks in that category. The Titans have continued their high use of the efficient play action pass, heading into the game yesterday using it for 38 percent of their passes.

Tannehill is executing at a highly efficient level and deserves the praise. But the larger story here is first-time offensive coordinator Smith, who called plays for the first time in his career to start the 2019 season.

Smith, like countless other coordinators who are succeeding in the NFL now, designed an offense to fit his personnel. This idea seems simple. Of course you’d do that.

But that wasn’t how the NFL used to design offenses, and you can look at Jason Garrett or Adam Gase for the "old school" offensive identity. For years, offensive play designers tried to fit their personnel into the scheme, instead of fitting the scheme to the personnel. Arthur Smith is the perfect example of the new wave of play designer thinking, and the Titans are here to stay.

Sticking with the coaching theme here – do we appreciate Mike Tomlin like we should?

Tomlin has coached the Steelers to a 65 percent career win percentage. He’s never had a losing season. Last season, without his starting quarterback and with two backups who aren’t any good, Tomlin's team finished the season 8-8.

If you recall, I loved Pittsburgh heading into 2020 as a dark horse Super Bowl contender because of their coaching staff, their defense and the return of Ben Roethlisberger. After five games, I feel good about my preseason thoughts.

The Steelers are winning because they play the way Tomlin knows best. They beat the crap out of you.

On defense, they force the most pressure in the NFL, especially with their front four. They have ball hawks in the secondary who help force turnovers. Lastly, they are physical against the run.

On offense, even with a shuffling of the offensive line, they own the line of scrimmage. And with Ben back under center, their passing game is improved from last season. You can see Ben and his weapons, like Rookie of the Year candidate Chase Claypool, continue to gel with each weekend, including their dominating win over the Browns on Sunday. Tomlin always has this team ready for a big game.

Meanwhile, Tom Brady went to Tampa Bay for two main reasons. The first: Bruce Arians and the offensive weapons. Getting the offense into a rhythm was always going to take time. The Bucs offense has had their moments of brilliance this season, but far too many instances of poor play.

Sunday against the Packers, it all came together. The Bucs offense scored 38 points in the 30 minutes of the second and third quarters, dominating the Packers en route to a 38-10 win. The Bucs had zero penalties and zero turnovers, an awesome outcome after the sloppiness of their Thursday night loss to Chicago.

The second reason Tom Brady went to Tampa is their defense, which was quietly outstanding last season under Todd Bowles. This season has seen their defense play even better, entering yesterday second in DVOA. They harassed Aaron Rodgers and punched the offense straight in the mouth, something that seems to bother this Packers team the last two seasons.

You can clearly out-physical them, and the Bucs did that on Sunday. This team is well coached.

... but coaching can't solve everything

It’s clear the Browns are the best-coached version of their team in years. They have coherent game plans on both sides of the ball. They commit fewer penalties and have the ability to close out games, all signs of good coaching.

However, the Browns are being held back by Baker Mayfield.

Mayfield’s ceiling is average at best, and on Sunday, he wasn’t close to that. When the Browns offense is on schedule – running the ball, mixing in trick plays and high efficiency passes with one or two "easy" reads – they can be a formidable offense.

But when they can’t run the ball, like against a Steelers defense that was geared up to stop it, their offense grinds to a halt. Mayfield is forced into less than ideal passing situations and when his first option isn’t open, he panics, moves around the pocket, walks into sacks and throws interceptions.

This season was always going to be an audition for Mayfield with a new head coach, as we know coaches want their own guys. I think Mayfield might end up failing the audition.