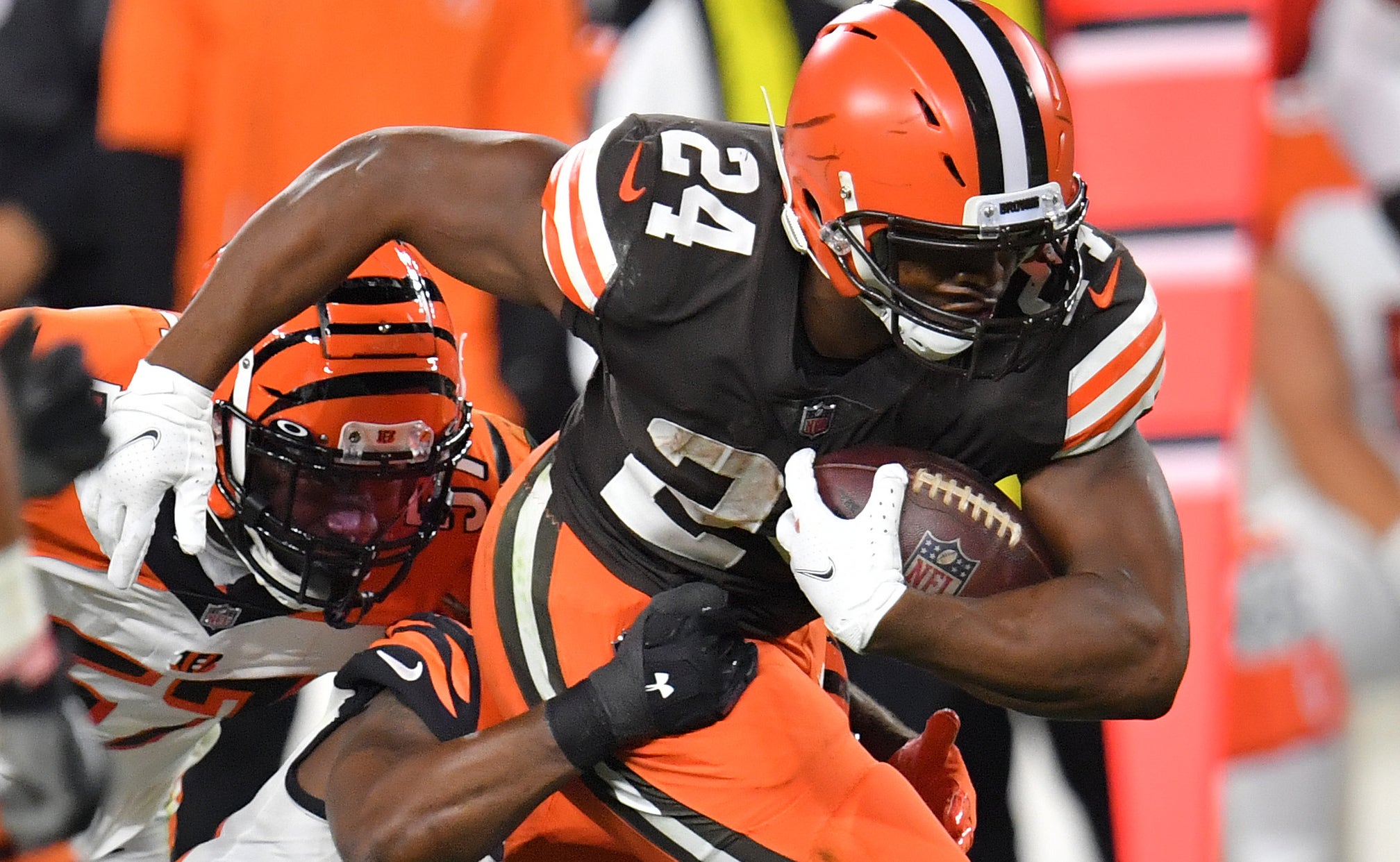 Then, he turned and put in in the hands of his backfield mates.

Here are the key takeaways from Cleveland's AFC North win over Cincinnati:

Simply put, the Browns ran all over Cincinnati on Thursday, to the tune of 216 rushing yards on 35 carries.

The combination of Nick Chubb and Kareem Hunt proved unstoppable.

The Browns rushed the ball 12 more times than Mayfield threw it, after Mayfield attempted 12 more passes than Cleveland did rushes on Sunday against Baltimore.

Mayfield's Week 1 performance had the haters flocking, after he completed only 16-of-39 passes for 189 yards, a TD and a pick in Baltimore on Sunday, posting a quarterback rating of just 65.0.

Baker hit the pause button on the doubters on Thursday, though.

Baker finished the night 16-for-23 for 219 yards, 2 TDs and an INT, and even found what many believe should be his favorite target for a second quarter score.

Mayfield completed 69.6% of his passes, and Cleveland is 7-2 when he posts a completion percentage of 69.0 or above in his young career.

Odell Beckham Jr. also had a bit of resurgence on Thursday after a lackluster Sunday performance (3 catches for 22 yards), snagging 4 balls for 74 yards and TD.

OBJ has now caught a TD in five games with Cleveland. The Browns are 3-2 in those games.

There doesn't seem to be much doubt left about one of the two quarterbacks that took the field on Thursday night, at least not in the Twitter-sphere.

On Thursday, a few days after he nearly led Cincinnati to a last-second victory over the Los Angeles Chargers in his NFL debut, Burrow impressed again.

Burrow finished the evening 37-for-61 for 316 yards and 3 TDs, and kept the Bengals in it late into the fourth quarter.

He even drew some praise from the King, among others:

And of course, even though Colin Cowherd praised Mayfield earlier in the night, he couldn't help but sharing his feelings on Burrow via some Baker shade. 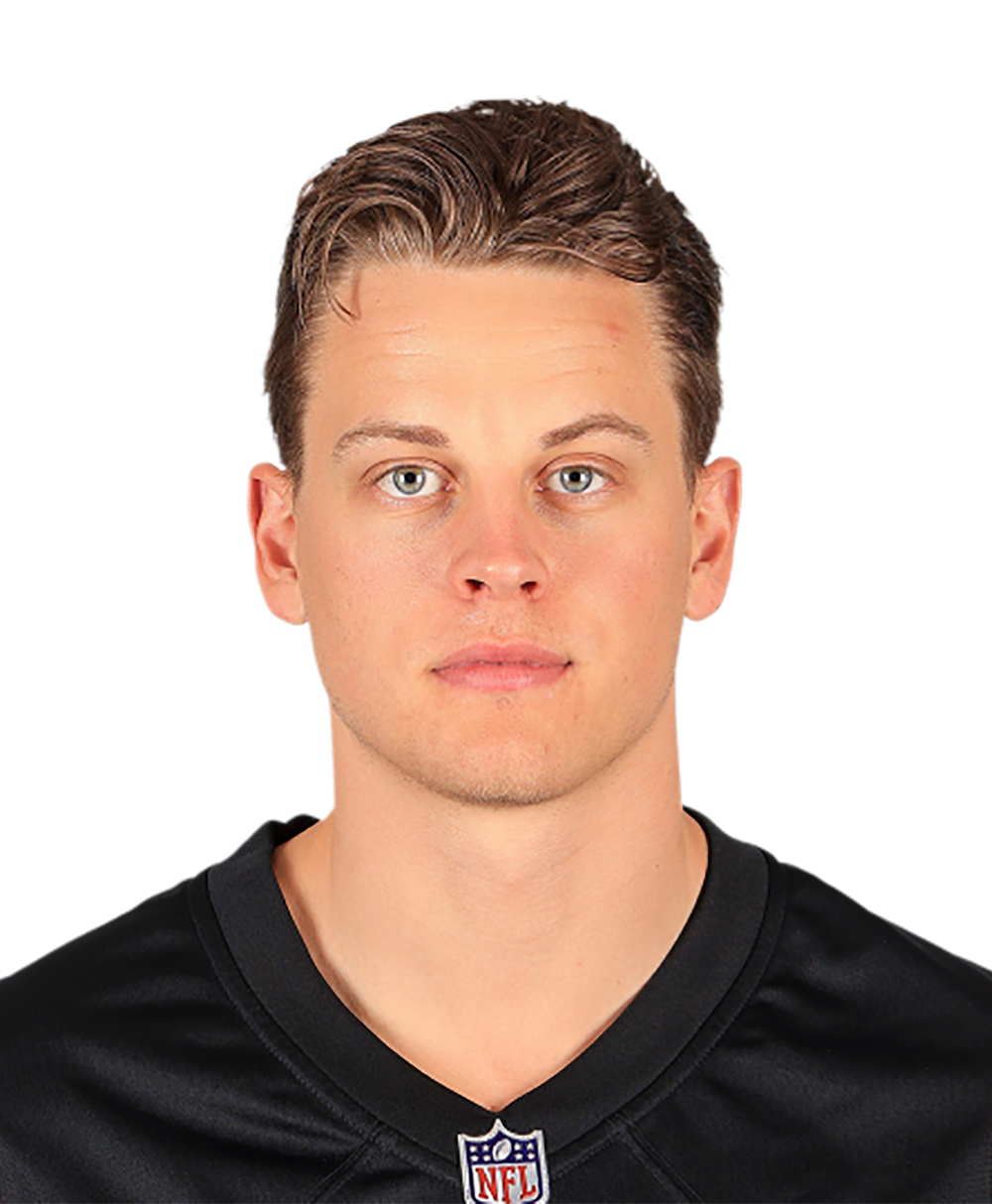 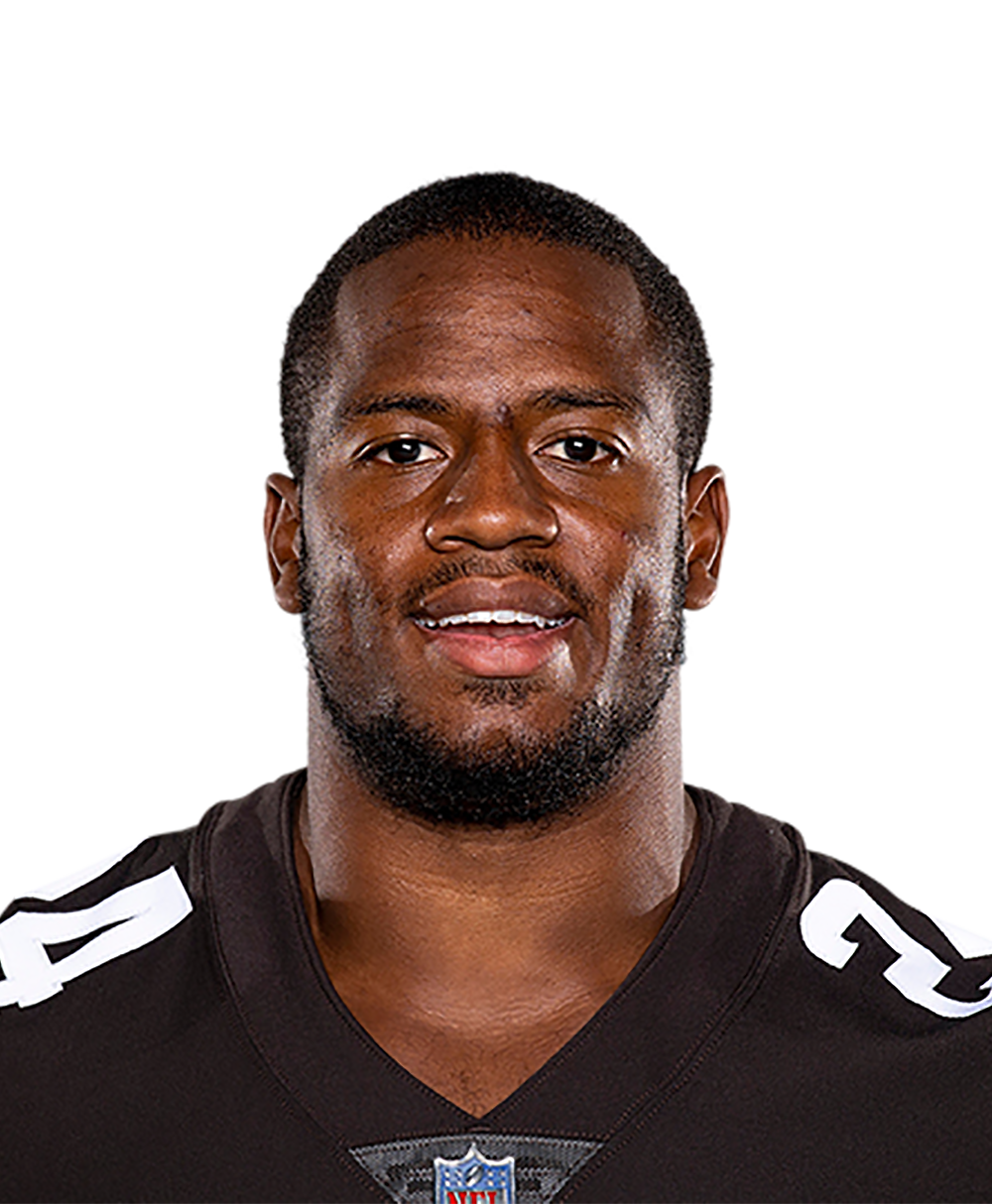