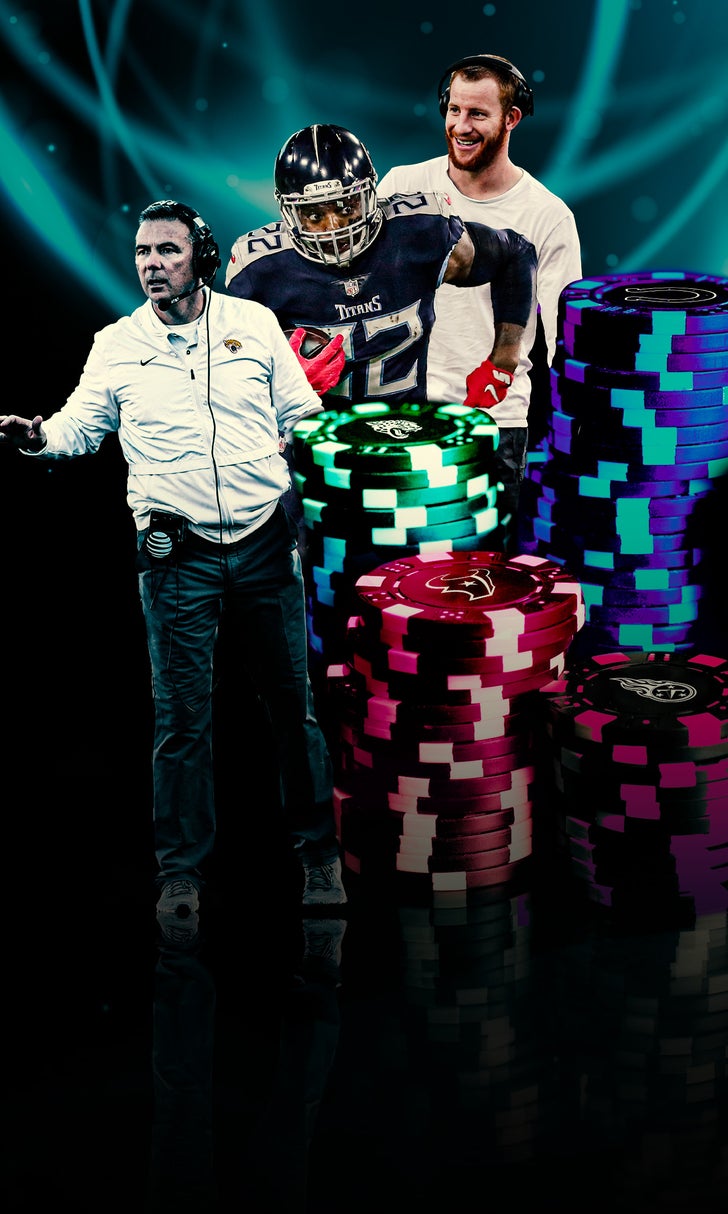 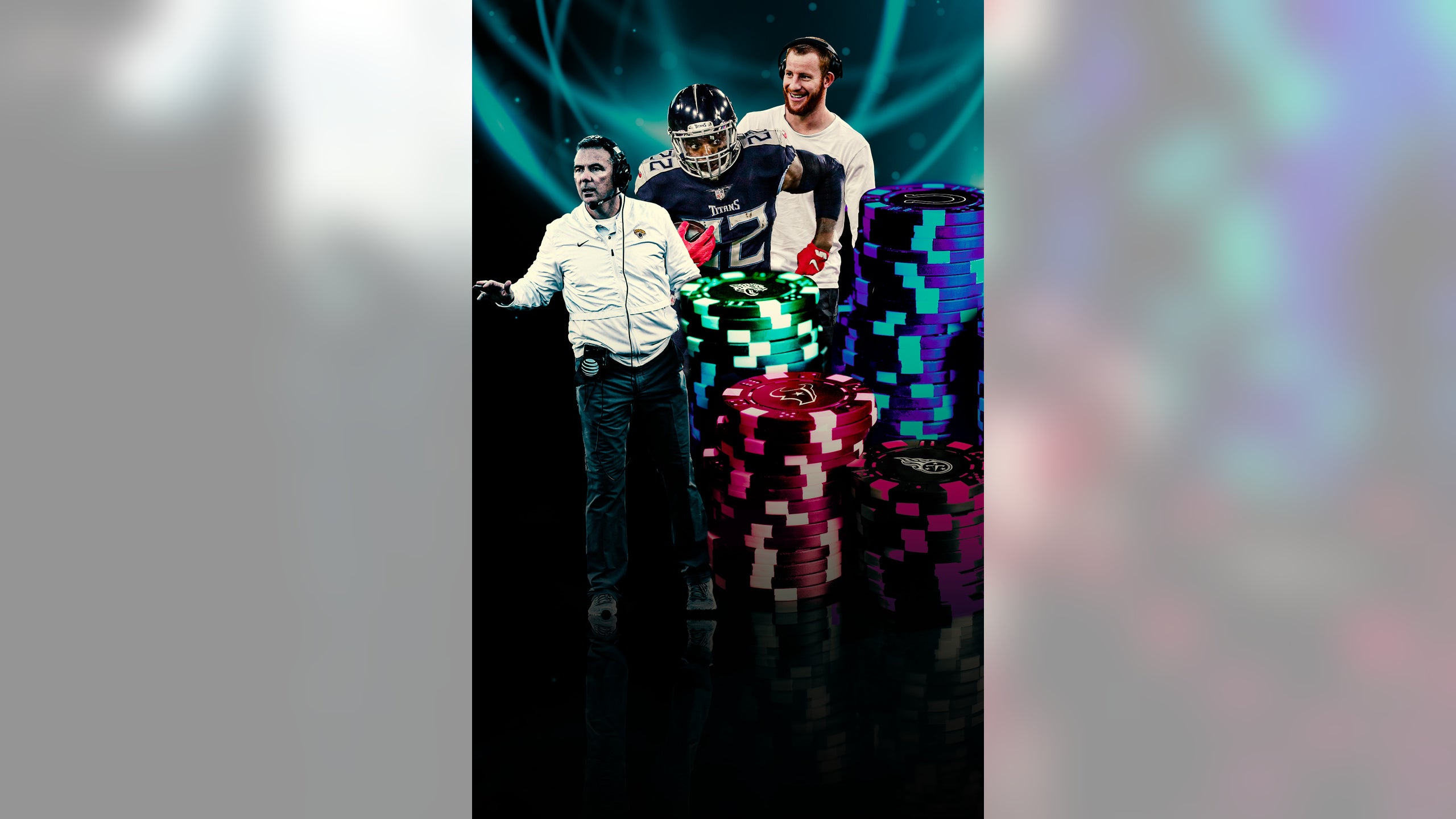 previous story
Tulsa's Collins, Penn State's Parsons, Alabama's Surtain among NFL Draft defensive darlings
next story
The Brooklyn Nets are rising in the East thanks to a commitment to defense
National Football League

Carson Wentz a good gamble for Colts, but not so much for bettors

Carson Wentz, the much-maligned Eagles quarterback who went from near-MVP in 2017 to benched in 2020, has been traded to the Indianapolis Colts, with whom he will reunite with his old offensive coordinator, Frank Reich.

The Colts were one of the best stories in the NFL last season, going 11-5 and making the playoffs behind the inspiring play of 39-year-old Philip Rivers. Indianapolis was a covering machine outside the division, going 7-3 against the spread — but within the AFC South, the Colts stumbled to 1-5.

As optimistic as I was about the Colts last year, Wentz doesn’t inspire the same confidence. The sportsbooks agree: Indy’s Super Bowl odds for next season barely budged after Thursday's trade.

Since signing his gigantic contract extension in June 2019, Wentz has started 29 games and turned the ball over 48 times.

To be blunt, Wentz is a broken QB whose myriad injuries the past three years sapped his confidence and hobbled his play. He ranked last among 36 qualifying QBs last year in multiple passing categories, and when things went south, he compounded matters by refusing to accept a backup role to rookie Jalen Hurts.

Then his coach was fired.

The reason to be optimistic is that Reich was with Wentz in his first two years in the NFL, and in Year 2, Wentz led the NFL in QBR and tossed a franchise-record 33 touchdown passes. If he hadn’t torn his ACL late in the season, he would have been the MVP.

But in Wentz’s past three seasons, he has 64 TDs and 29 interceptions. There's no way to know precisely why he was worse without Reich — was it the skill position players, the aging offensive line, the injuries or something else?

If I put on my optimistic hat for a moment, Colts fans will love to hear this: Wentz gets to play 10 games in a dome next season. He will go from a patchwork offensive line to one of the league’s best (Philip Rivers was sacked 19 times last year, second-fewest of his career). And it’s not like Frank Reich is going to have Wentz throwing 30-plus passes a game — the year the Eagles won the Super Bowl with Reich as offensive coordinator, the team had a relentless ground game featuring LeGarrette Blount (766 yards), Corey Clement (321 yards) and Jay Ajayi (408 yards).

Even with Indy likely losing last year’s starter, Marlon Mack, in free agency, Wentz will be doing a lot of handing off to Jonathan Taylor (1,169 yards as a rookie), with a dash of Nyheim Hines and Jordan Wilkins.

Now, the bad news: As we chronicled last year, the Colts had the easiest schedule in the NFL in 2020. That changes dramatically this season, as they face the loaded NFC West and the wait-and-see AFC East (to be clear, that’s waiting on the New York Jets and New England Patriots). Indy will face five playoff teams from the previous season.

In 2020, when the Colts had to step up in class and face teams that wound up making the playoffs, they went just 2-4. Not to mention, the Colts have four defensive starters from their Week 1 depth chart who are set to hit free agency.

Bottom line: Carson Wentz isn’t a bad gamble for the Colts, given Reich’s familiarity with the QB. But unlike the Los Angeles Rams' situation with Matt Stafford, there are far more questions than answers with Wentz.

With Jacksonville improving and Tennessee not going anywhere, the Colts are far from a lock to get out of the AFC South, and unless Wentz’s play magically returns to 2017 levels, I’d lean on betting against them to make the playoffs.

Jason McIntyre is a FOX Sports gambling analyst, and he also writes about the NFL and NBA Draft. He joined FS1 in 2016 and has appeared on every show on the network. In 2017, McIntyre began producing gambling content on the NFL, college football and NBA for FOX Sports. He had a gambling podcast for FOX, "Coming Up Winners," in 2018 and 2019. Before arriving at FOX, he created the website The Big Lead, which he sold in 2010.

Visions of greatness?
Some think New England has the chance to snag a QB reminiscent of a former Patriots legend with the No. 15 pick in the NFL Draft.
30 mins ago