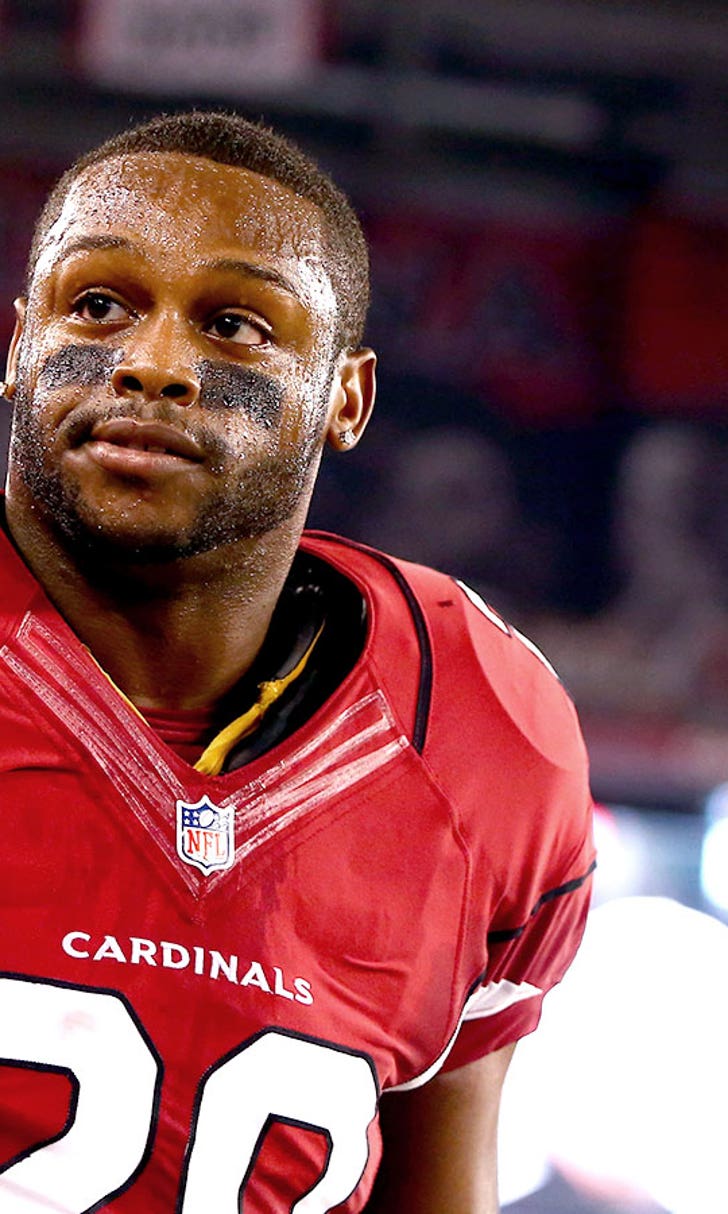 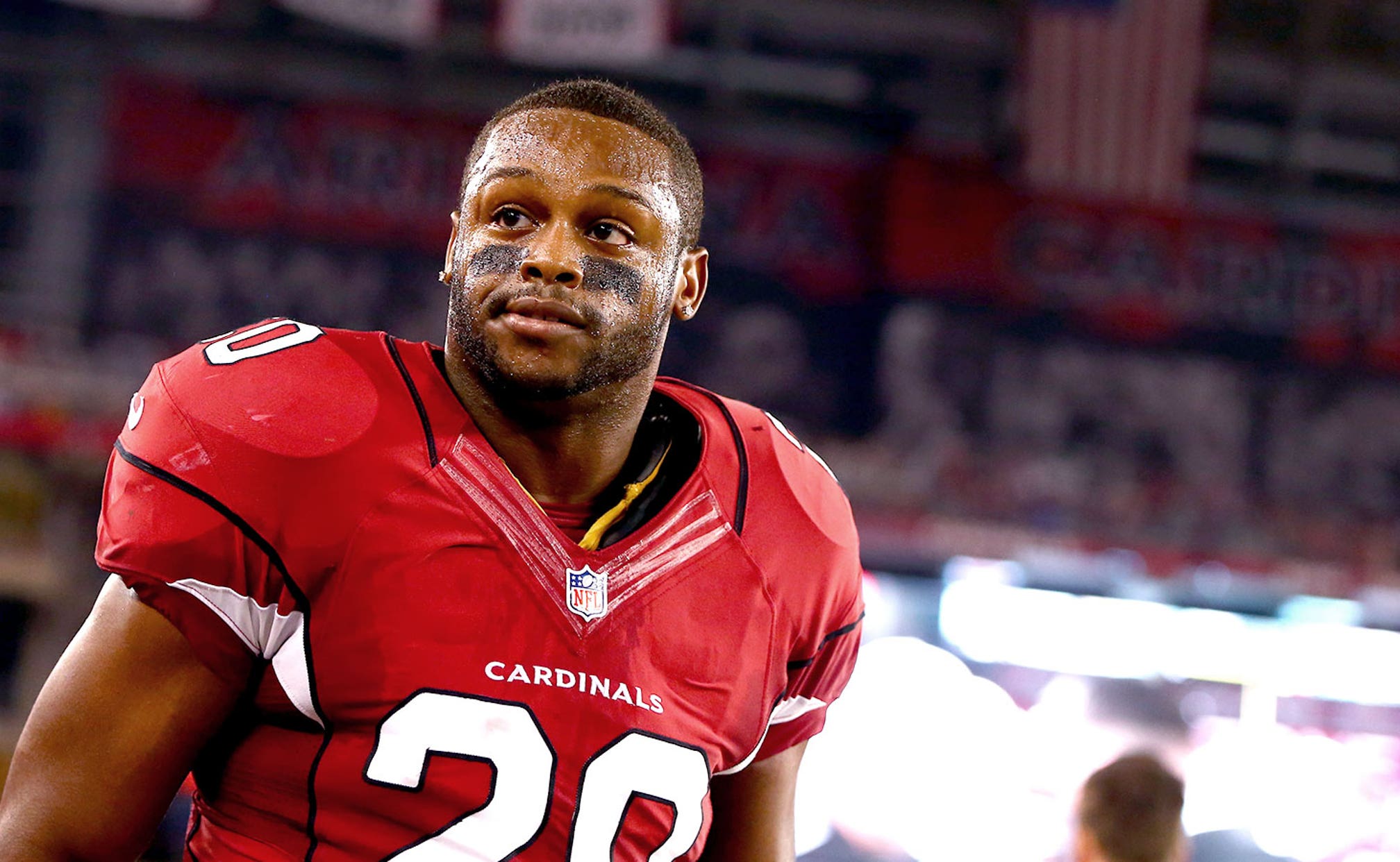 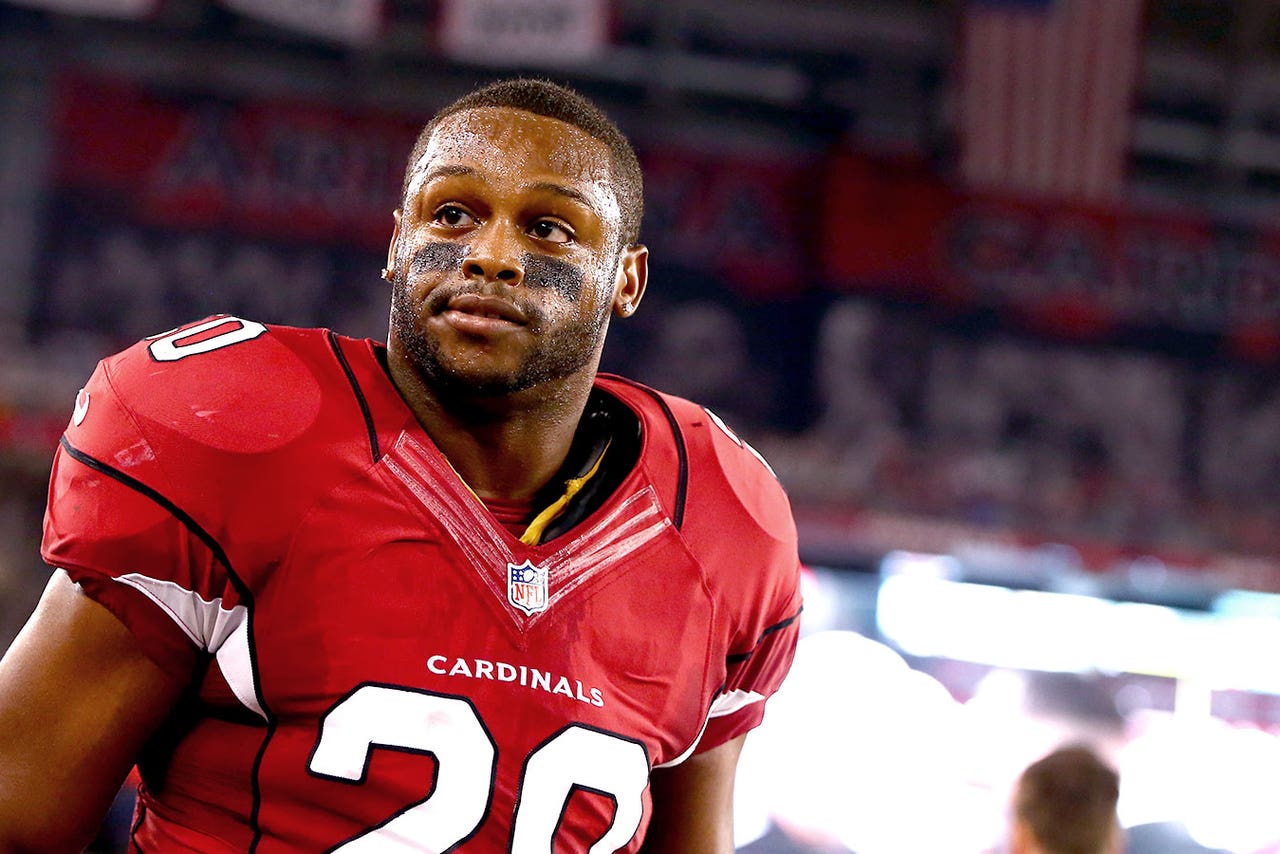 Arizona Cardinals running back Jonathan Dwyer pleaded not guilty on Monday to aggravated assault after being accused of assaulting his wife during two arguments at their Phoenix apartment.

Dwyer entered his plea to the felony and eight misdemeanors, including assault, at a brief arraignment in Maricopa County Superior Court.

Investigators have said Dwyer broke his wife's nose with a head-butt during a July 21 argument, and the next day punched her and threw a shoe at his 17-month-old son, who wasn't injured.

Dwyer was initially booked on suspicion of aggravated assault against his son but was not indicted on that allegation.

His wife told authorities the first assault occurred after she learned about Dwyer's recent phone contact with another woman.

The running back answered a few questions by Maricopa County Court Commissioner Casey Newcomb about his name and birthday, and whether he had provided a DNA sample.

"Yes, sir," Dwyer said in response to the DNA question.

He was arrested last month as the NFL and Commissioner Roger Goodell came under fire amid a series of allegedly violent off-the-field encounters involving some marquee players, including Ray Rice, Adrian Peterson and Greg Hardy.

The NFL has said the Dwyer case will be reviewed under the league's personal-conduct policy.

The day after his arrest, the Cardinals placed Dwyer on the reserve/non-football illness list, meaning he can't play for Arizona again this season.

His next court appearance is Nov. 20.

Bounce Back For The Pack?
After their embarrassing loss to the Bucs, Jason McIntyre's backing Aaron Rodgers & Co. this week. Here's why.
7 hours ago

MVP Watch: Wilson Bolsters Case
Just how good is Russell Wilson? Even in a bye week, the Seahawks quarterback strengthened his claim for the MVP award.
9 hours ago

Ice Cube Joins the Club
This week, 'Club Shay Shay' welcomed in the legendary Ice Cube to discuss his rise to stardom and social activism.
11 hours ago

A Perfect Storm
A backup quarterback. Costly turnovers. Defensive capitulation. Anything that could go wrong for the Cowboys on Monday, did.
11 hours ago

Quarterback Query
Sunday's demolition at the hands of the Pittsburgh Steelers has many questioning Baker Mayfield's fit in Cleveland.
12 hours ago
those were the latest stories
Want to see more?
View All Stories
Fox Sports™ and © 2020 Fox Media LLC and Fox Sports Interactive Media, LLC. All rights reserved. Use of this website (including any and all parts and components) constitutes your acceptance of these Terms of Use and Updated Privacy Policy. Advertising Choices. Do Not Sell my Personal Info