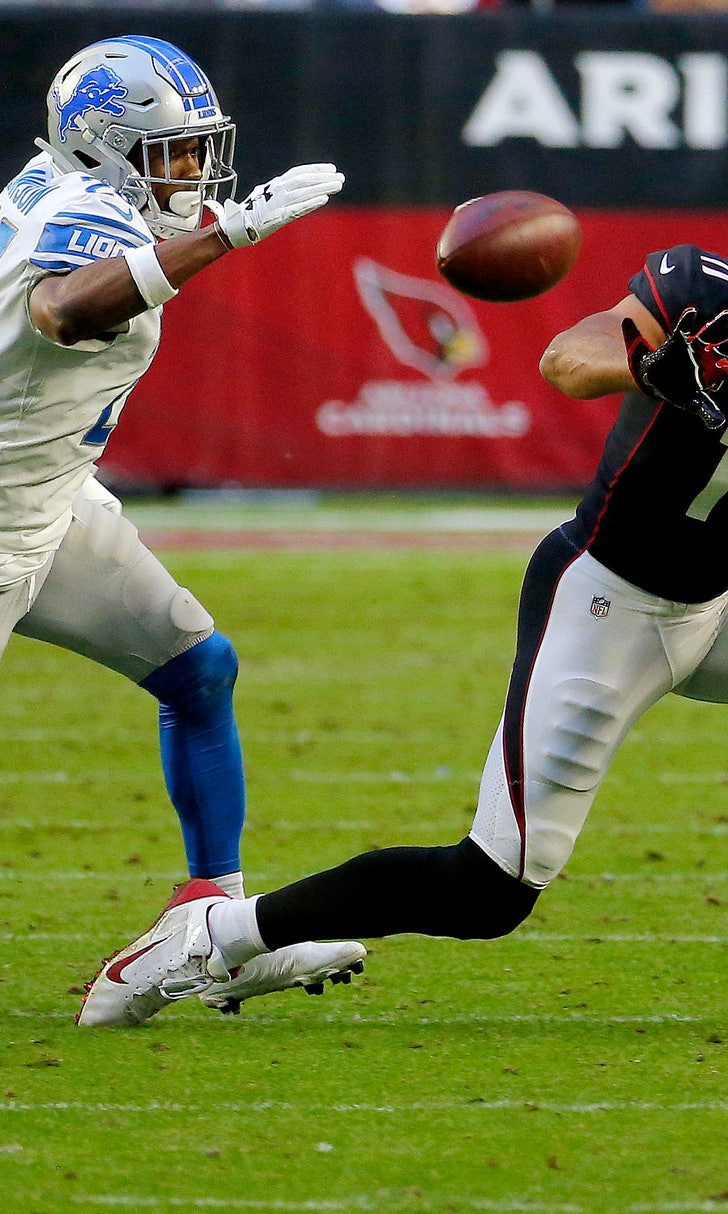 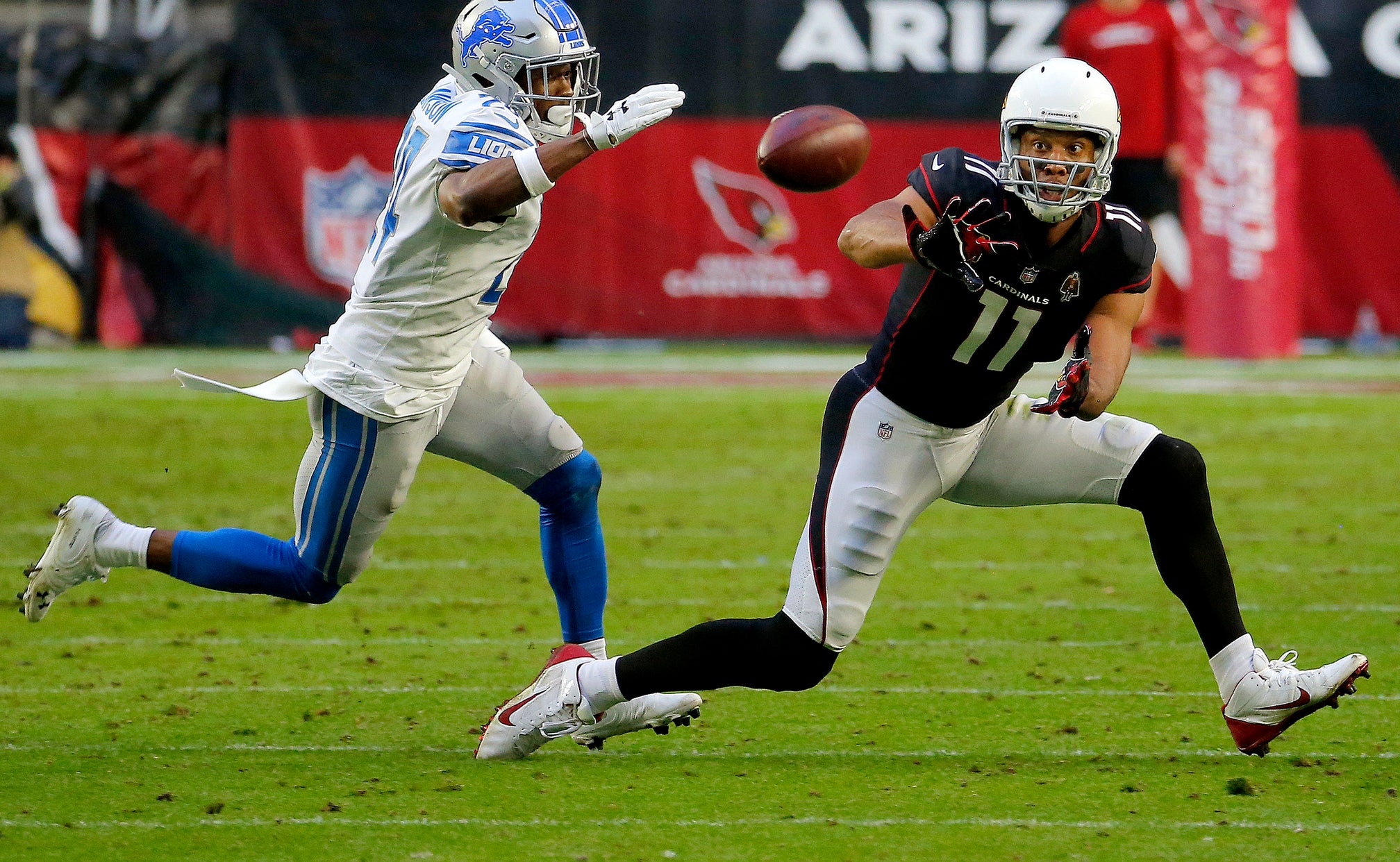 Cardinals back in thick of race for No. 1 draft pick

TEMPE, Ariz. (AP) — The Arizona Cardinals have double-digit losses for the first time since 2012.

Just when the Cardinals looked as if they truly had improved — with a win at Green Bay — they fell flat in a 17-3 home loss to the Detroit Lions on Sunday.

That left them at 3-10, tied with the San Francisco 49ers and Oakland Raiders for the worst record in the NFL and back in the thick of the battle for next year's No. 1 draft pick. Unless the Cardinals can win one of their final three games — at Atlanta, at home against the Los Angeles Rams and at Seattle, Arizona will match the worst record since the franchise moved from St. Louis to Arizona in 1988.

The 2000 Cardinals finished 3-13, with Vince Tobin fired seven games into the season and replaced by Dave McGinnis. The franchise didn't have a winning record again until a surprising run to the Super Bowl in 2008.

"Very important. That's the word that we are using from a pride standpoint," he said. "You may say, 'You're not playing for anything,' but you're playing for pride. These guys in here are professionals, and they want to win just like the coaches. So, we have to find a way to turn this thing around this week and go to Atlanta and get a win. "

Wilks said he watched tape of the game twice Monday, and was encouraged to find the team still played hard.

"I wanted to go back again because I wanted to see certain things," he said. "I thought the guys played hard, and that's what I told them. We gave ourselves a chance to win; we just didn't finish."

The Lions' plan was to take Larry Fitzgerald out of the game with persistent double-teams. So it was the third quarter before he caught his first pass, which put him ahead of Jerry Rice for most receptions for one team. He ended up with five to put him at 1,286 for his career.

But Fitzgerald really wasn't in any mood to discuss his latest landmark.

Now Fitzgerald will have to endure the remainder of what looks to be the worst of his 15 seasons in Arizona. It also may well be his last, and not at all the way he wanted to go out.

Spitting Image
Sunday night proved that Kyler Murray is chasing Russell Wilson for the title of 'Best Undersized Quarterback' in the NFL.
11 hours ago

Metcalf Gives It All, Seattle Falls Short
The Seahawks wide receiver made one of the defensive plays of the year, but Arizona came away with a wild, bizarre OT win.
1 day ago

Cowboys Drop The Ball Against Cardinals
A nightmare season for Dallas continued on Monday Night Football, as Arizona capitalized on multiple miscues for the win.
October 19