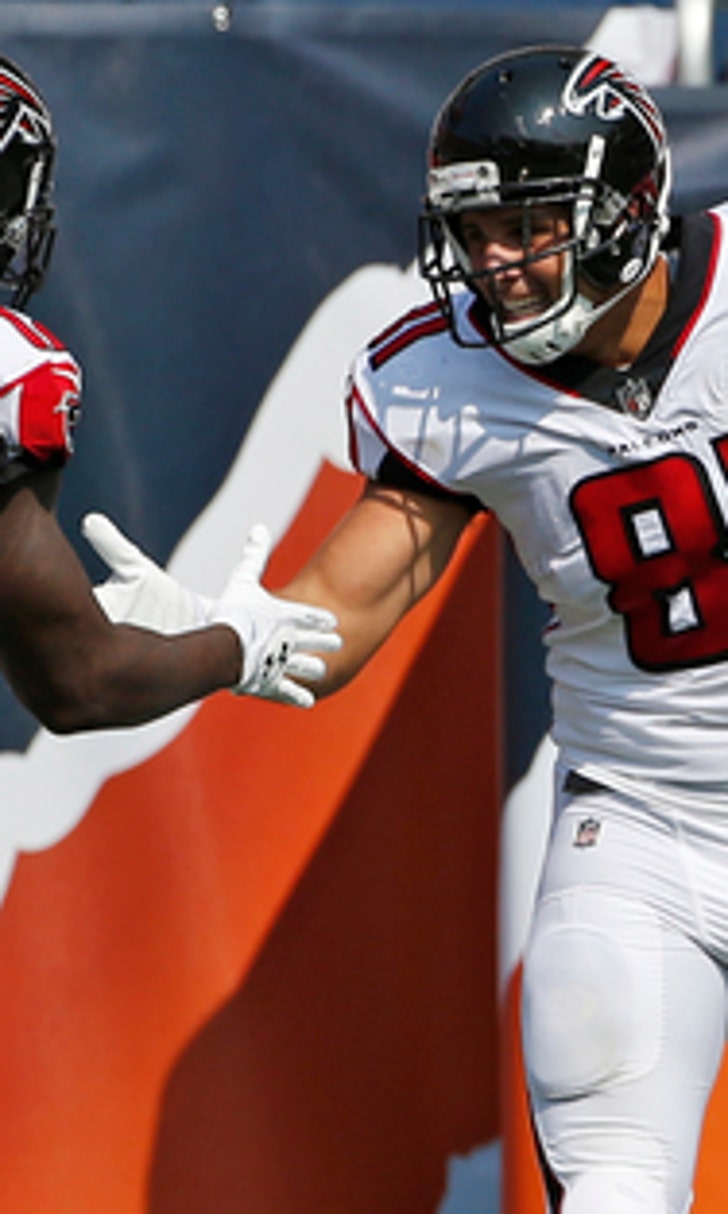 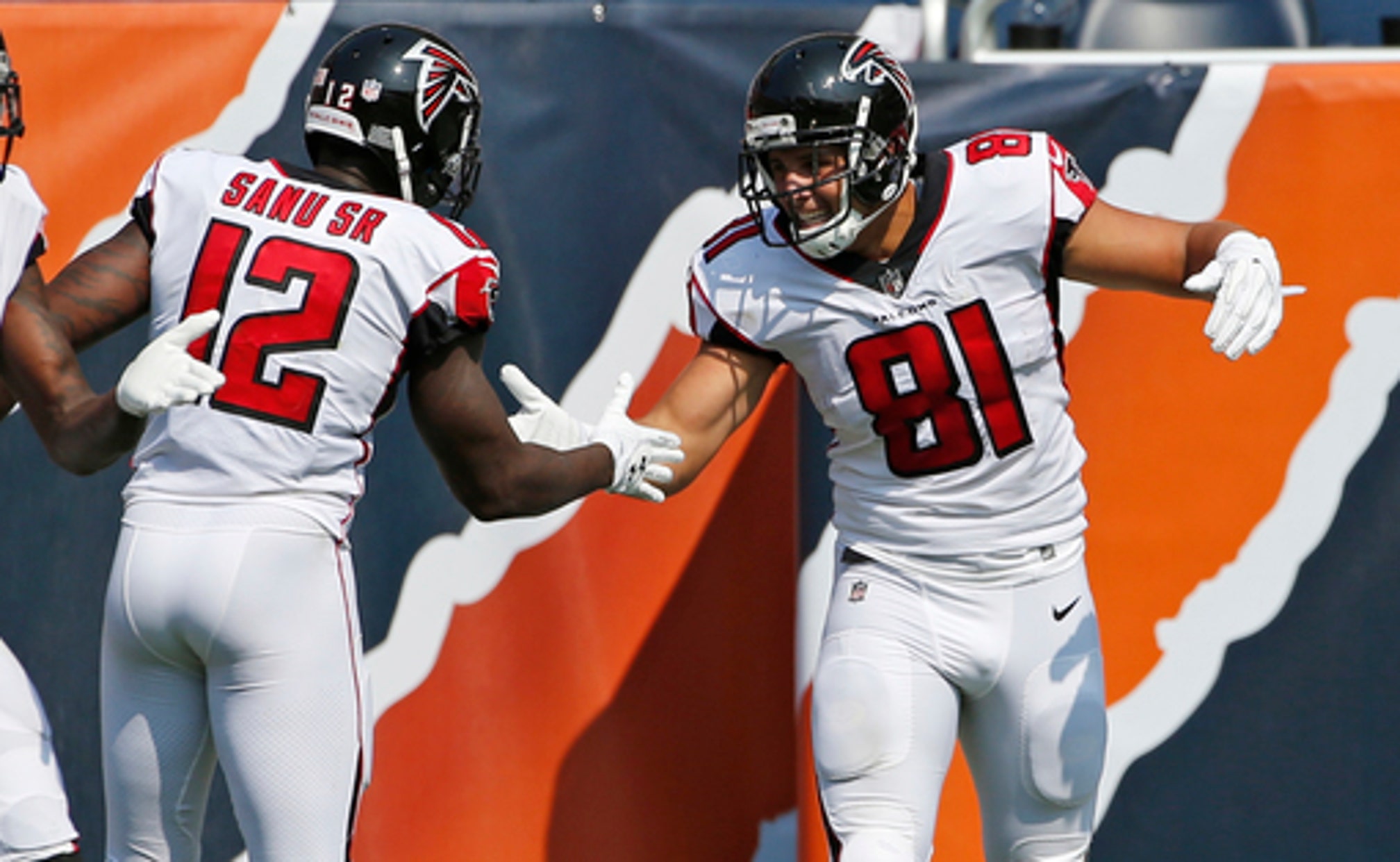 ATLANTA (AP) This is becoming a bit of a rivalry.

When the Atlanta Falcons host the Green Bay Packers on Sunday night, it will be both an early indicator of the NFC's balance of power as well as the third meeting between the teams in less than 11 months.

All three of those games have been in Atlanta, though this one will be at a new venue.

The Falcons (1-0) are making the regular-season debut at $1.5 billion Mercedes-Benz Stadium, which replaced the Georgia Dome.

Green Bay (1-0) is coming off a season-opening victory over Seattle at Lambeau Field.

''We've seen a lot of them,'' Falcons defensive end Brooks Reed said, breaking into a smile. ''I'm sure they're sick of coming down here. But we like it.''

Last season, the teams first met in Week 8 with the Falcons coming off two straight excruciating losses. Aaron Rodgers threw four touchdown passes, the last of which put Green Bay ahead with just under 4 minutes remaining.

But Atlanta avoided a third straight loss when Matt Ryan tossed an 11-yard scoring pass to Mohamed Sanu with 31 seconds remaining, pulling out a 33-32 victory.

Both teams went on to make the playoffs, and Green Bay knocked off top-seeded Dallas to set up a rematch with the Falcons in the NFC championship game. That one was a blowout for Atlanta, which raced out to a 24-0 halftime lead and cruised to a 44-21 triumph.

''It's past,'' he said. ''You can't rewrite history. It's just two 1-0 teams who both think we can be there at the end of the season. These are the type of games, like last week, that you win these games and you feel better in December and January when you're coming down to filling out that 12-team bracket.''

While downplaying talk of a budding rivalry, Falcons safety Ricardo Allen acknowledged that any game against the Packers carries a little extra juice.

''We do play each other a lot, and we're two really good teams,'' he said. ''Even though we've won the last two games, man, we go into these weeks with a lot of respect for then. We know what kind of team this is. We know have come with our `A' game every time. This is a team you have to play championship football against.''

Here are some things to watch for when the Falcons host the Packers in prime time:

JULIO'S IMPACT: Coming off offseason foot surgery, Falcons star receiver Julio Jones didn't have much of an impact in a season-opening victory at Chicago. He was targeted five times and caught four passes for 66 yards. This is not unusual in Atlanta's multifaceted offense, especially when opposing defenses focus their attention on Jones.

The Packers allowed him to run wild in the NFC title game, giving up nine catches for 180 yards and two touchdowns, but that was with the cornerback position ravaged by injuries. Green Bay is healthy again and added two key players, Davon House and rookie Kevin King. The strengthened unit shut down Russell Wilson and the Seahawks' passing game in Week 1.

ON THE RUN: Ty Montgomery pounded out some tough yards in the second half to help wear down the Seahawks, a promising debut in his first full season exclusively as a running back.

The one-time receiver also presents a matchup problem for defenses because of his ability to catch passes out of the backfield. Montgomery showed he can handle a full workload after taking 90 percent of the offensive snaps. The Packers will always be a passing team first behind Rodgers, but Montgomery helps keep defenses honest.

FALCONS TAKEAWAYS: Atlanta spends a lot of time focusing on takeaways with its young, speedy defense, so coach Dan Quinn was a bit surprised when the Falcons failed to recover a fumble or intercept a pass against the Bears.

That was a priority in practice going into Week 2, along with improved tackling. The Falcons had 11 missed tackles at Chicago, two of them on a 46-yard run by rookie Tarik Cohen.

FAMILY AFFAIR: First cousins Clay and Jake Matthews figure to see plenty of each other in this one. Clay is moving around again from the outside linebacker position and playing a key role in Green Bay's pass rush, while Jake is responsible for protecting Atlanta quarterback Matt Ryan's blind side at the crucial left tackle spot.

''Clay is back to his traditional role as pass rusher, so there will be some family-on-family crime there,'' Quinn joked.

LOOK TO THE SKIES: The Falcons are set to play their first open-air home game since 1991, their final season at Atlanta Fulton-County Stadium.

Assuming the weather is good - and the forecast called for evening temperatures in the 60s and only a slight chance of rain - the retractable roof at Mercedes-Benz Stadium will be open for the first time during a game.

While working out bugs in the complex system, which resembles a camera lens, the roof remained closed for seven games over its first three weeks, including a couple of Falcons preseason contests. Now, it's finally ready for the much-anticipated debut.

NFC South Rivals Meet Thursday Night
The Falcons and Panthers will finish off their division series tonight. Here's some insight on how to bet their matchup.
6 hours ago

NFL's Top Plays of Week 6
There was a role reversal in New England and a wild touchdown in Philly. Check out the other top plays from NFL Sunday!
October 18
those were the latest stories
Want to see more?
View All Stories
Fox Sports™ and © 2020 Fox Media LLC and Fox Sports Interactive Media, LLC. All rights reserved. Use of this website (including any and all parts and components) constitutes your acceptance of these Terms of Use and Updated Privacy Policy. Advertising Choices. Do Not Sell my Personal Info