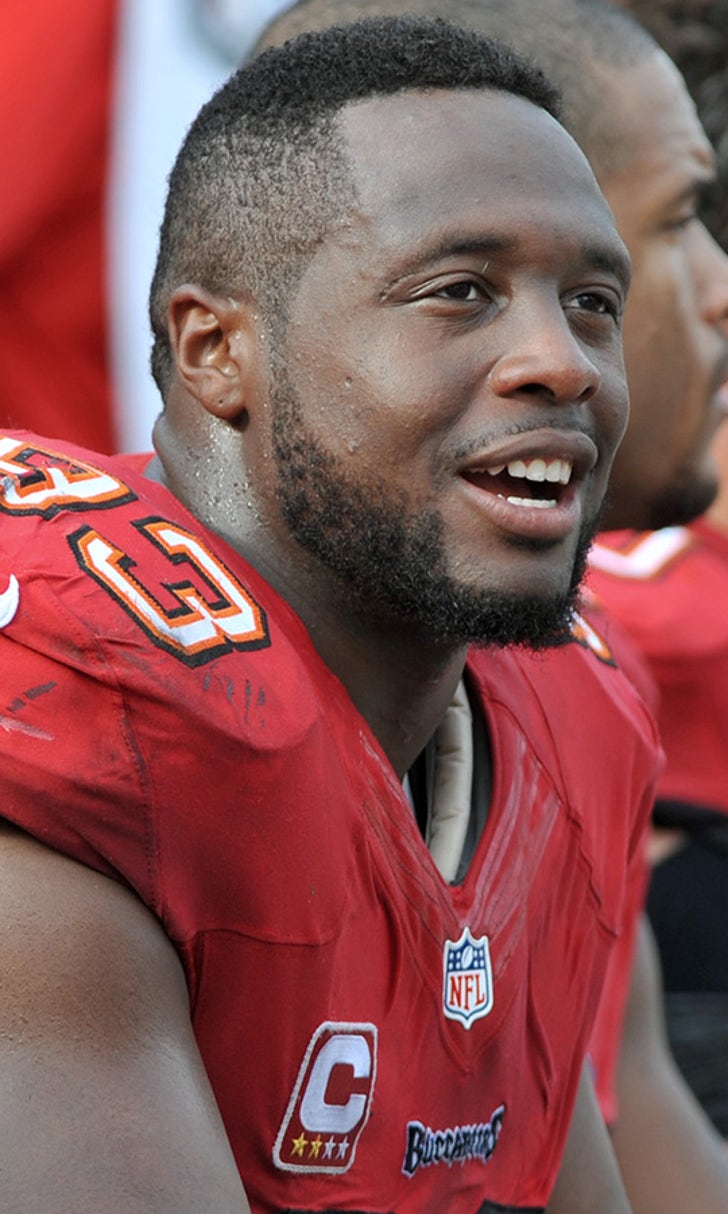 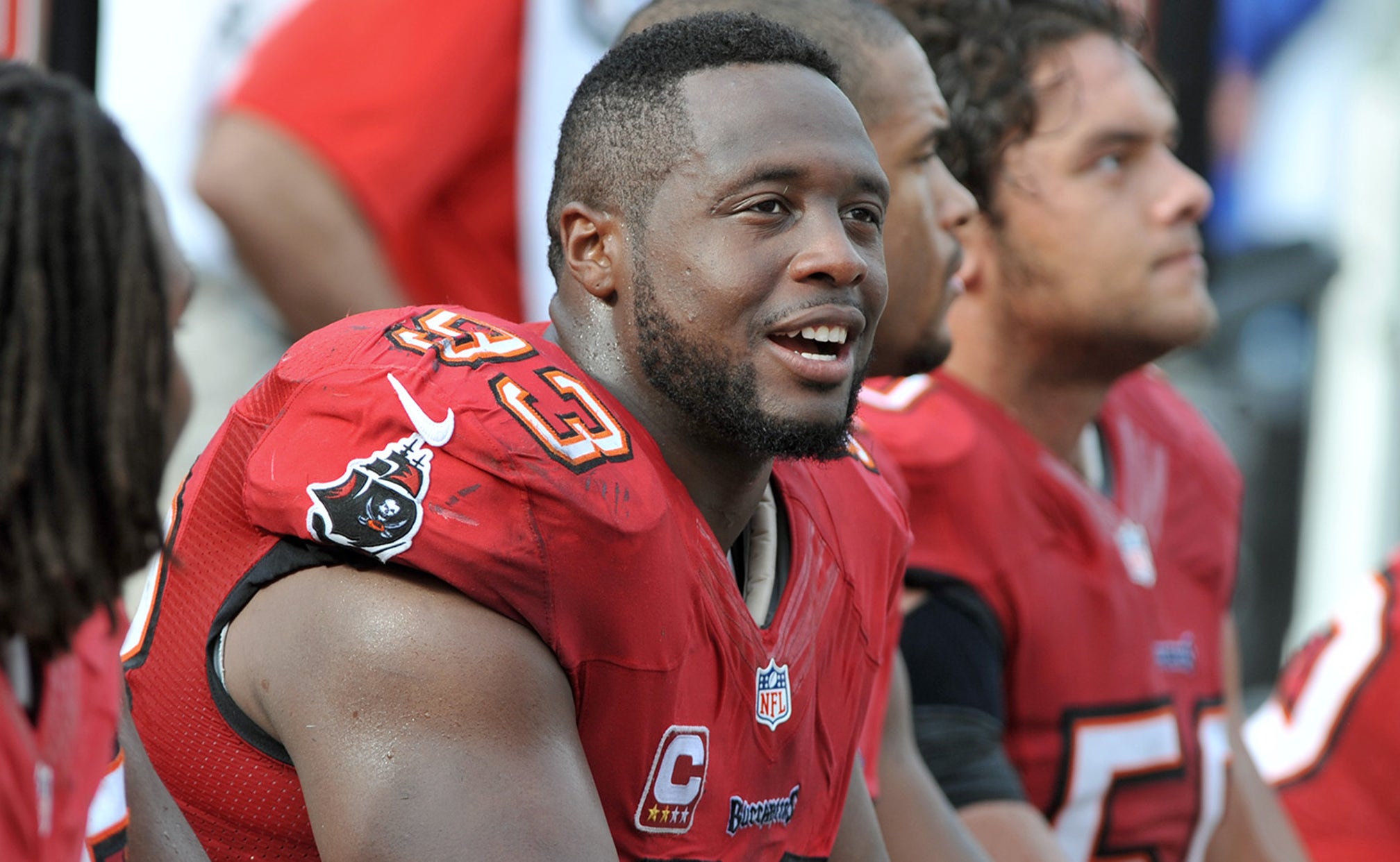 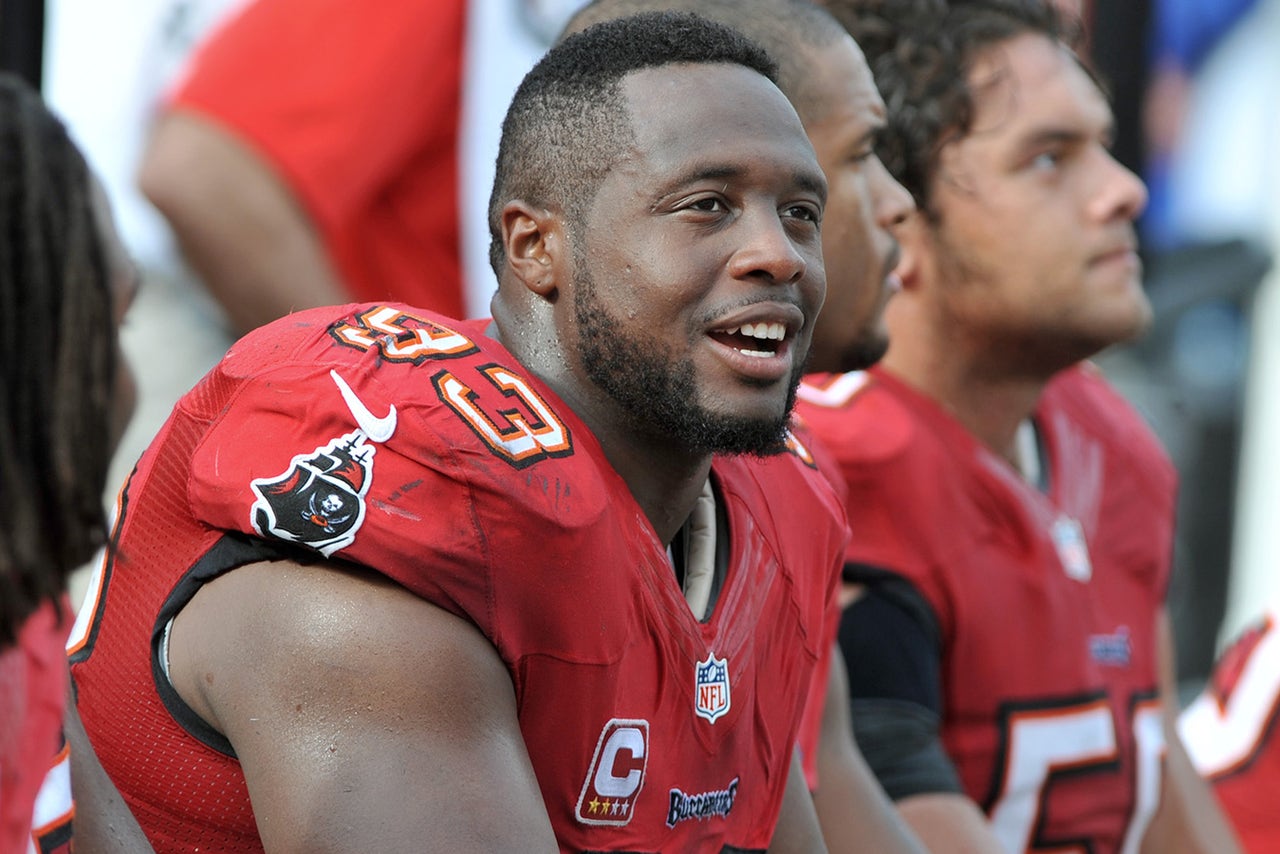 Gerald McCoy walked off the practice field, dripping with sweat and smiling. His mood got even better when he began talking about the revamped Tampa Bay Buccaneers.

The Pro Bowl defensive tackle has emerged as one of the NFL's best at his position over the past two seasons and anticipates continued growth in the scheme the Bucs will play under new coach Lovie Smith.

McCoy had 9 1/2 sacks in 2013, more than doubling the total he had the previous three seasons combined. But his team has yet to make the playoffs since he entered the league as the third overall pick in the 2010 draft, and that bothers him a lot.

''That's eating away at me, man. I do all this training and preparing, trying to do what I can for my team for us to get to the playoffs. I just want to experience it,'' the 6-foot-4, 300-pound team captain said after a two-hour workout during the team's three-day mandatory mini-camp.

That begins with Smith, who led Chicago to the Super Bowl during a nine-year stint as the Bears' head coach. The new boss also was an assistant with the Bucs under Tony Dungy, the original of the Tampa 2 defensive scheme that became one of the league's most imitated systems in the late 1990s and early 2000s.

Smith is installing his version of the Tampa 2, and McCoy expects to benefit - much the way Hall of Famer Warren Sapp did while playing the same position under Dungy and later, Jon Gruden, when the Bucs won their only Super Bowl title.

McCoy has already talked with Sapp about what to expect.

''He told me straight up, it's not going to be easy to dominate that position,'' McCoy said. ''It may seem like you have all the tools, which you do. But to flourish, it's going to be really hard. I'm seeing what he means.''

Smith and defensive coordinator Leslie Frazier have followed McCoy's career from afar. The fourth-year pro's production was affected by injuries his first two seasons, however the former Oklahoma star rebounded to become a dominant player while being selected to play in 2012 and 2013.

Smith and Frazier, fired as coach of the Minnesota Vikings after last season, are even more impressed now that they've been to see McCoy up close.

The defensive tackle is entering the final season of the $63.4 million contract he signed as a rookie. The Bucs are interested in signing him to a long-term deal.

''He just brings life to the building every day,'' Smith said, adding that McCoy has an impeccable work ethic and is a leader off the field as well.

''You want your best player to be a little outspoken. You want to hear him. We hear Gerald. You want him around always. He's around always - front of the line. I couldn't be more pleased with what he's done,'' Smith said. ''Again, we're talking about a superstar. It's no secret he's getting ready to be able to give all of us a loan.''

The Bucs are coming off a 4-12 finish in their final season under former coach Greg Schiano. McCoy is the centerpiece of a young defense that he believes has the talent to rank among the league's best.

''Until you're the No. 1 defense in the league, you can always take a step. That's what we're fighting for,'' McCoy said. ''The champion of our division (Carolina) is coming in in Week 1. That team runs how their quarterback runs. If we're going to dethrone them, it's on the defense. We have a long way to go.''

Making Themselves At Home
Derek Carr caught fire in Las Vegas' NFL debut as the Raiders stayed undefeated. Drew Brees and the Saints? Not so much.
11 hours ago

The Most Entertaining Team In Football
When it comes to the Cowboys, you never know what’s coming next. And that's half the fun, Martin Rogers writes.
13 hours ago

Zeke Files For 'Feed Me' Trademark
The Dallas Cowboys running back is making his motto official, Charlotte Wilder writes. Now, who wants a "FEED ME" tie?
22 hours ago

Breaking Down Week 2's Biggest Injuries
A number of key NFL players suffered unfortunate injuries on Sunday. Here's what you need to know.
1 day ago

How The Cowboys Saved Their Season
An 0-2 start can spell doom for NFL teams. But Dak Prescott wasn't about to let the Cowboys fail.
1 day ago
those were the latest stories
Want to see more?
View All Stories
Fox Sports™ and © 2020 Fox Media LLC and Fox Sports Interactive Media, LLC. All rights reserved. Use of this website (including any and all parts and components) constitutes your acceptance of these Terms of Use and Updated Privacy Policy. Advertising Choices. Do Not Sell my Personal Info