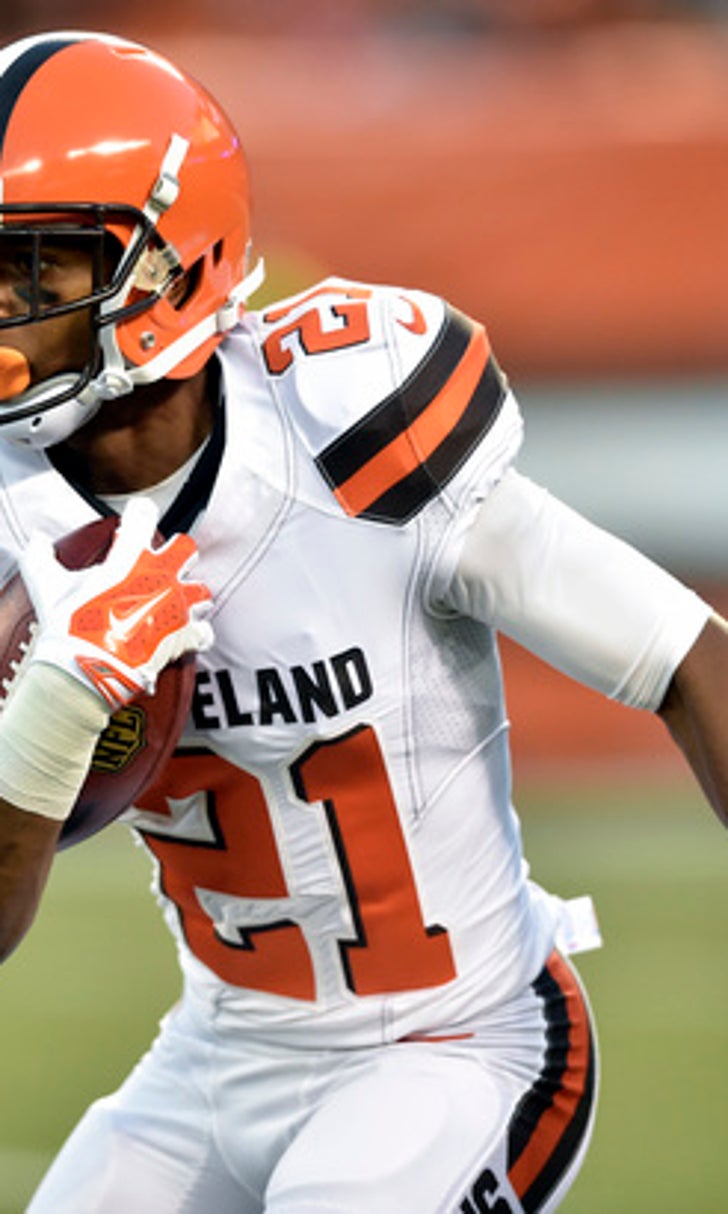 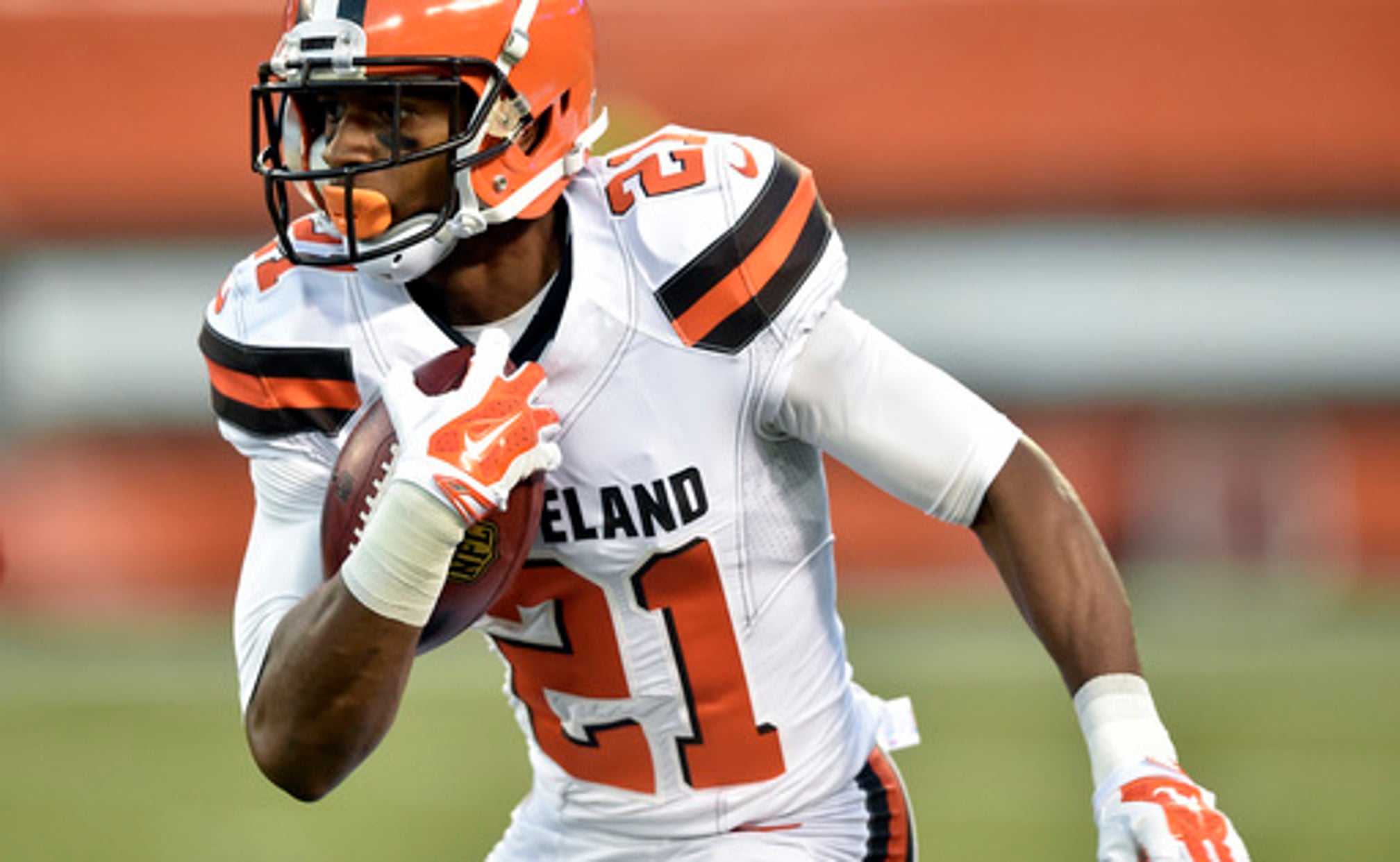 previous story
Barkley, Bryant, Butler among 22 players cut by Cardinals
next story
The Latest: Nishikori moves on to fourth round at US Open 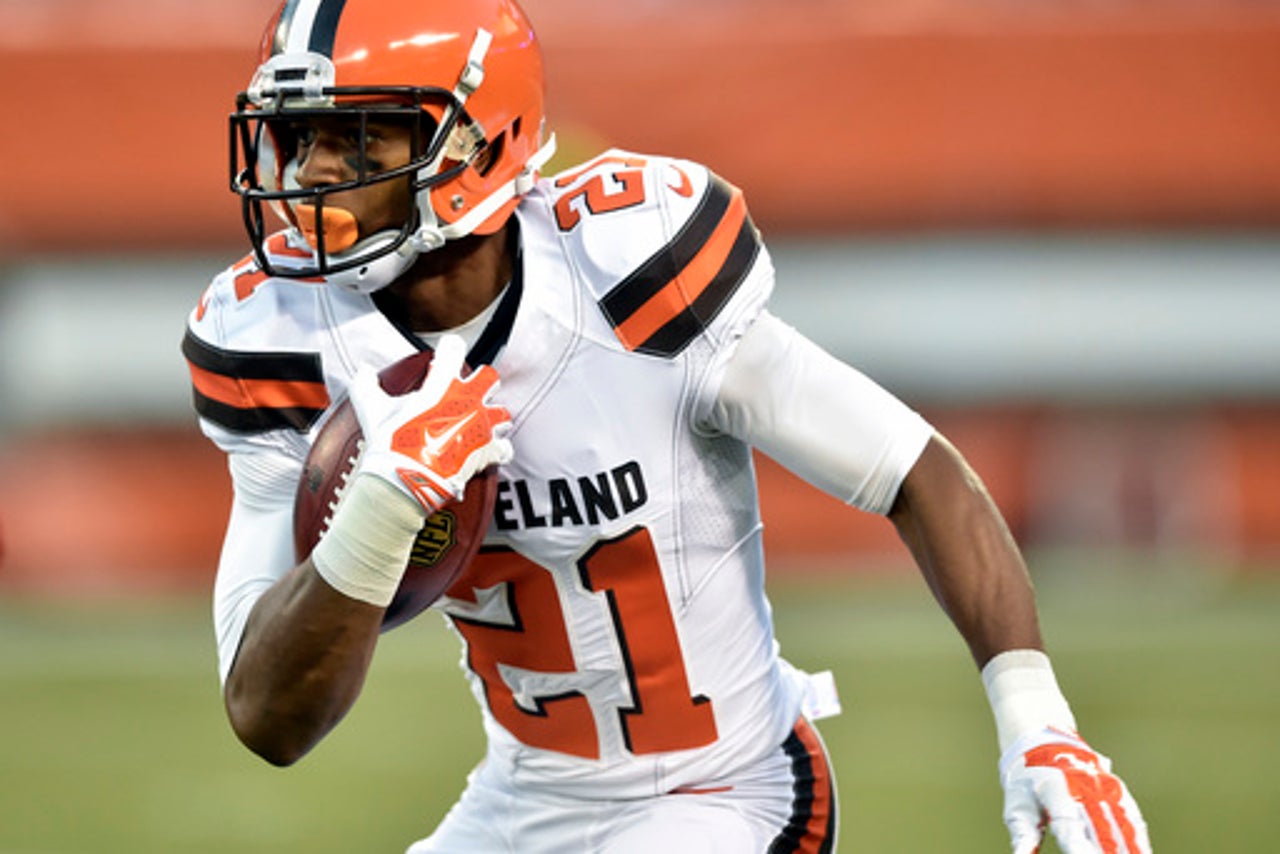 CLEVELAND (AP) The Browns continued their methodical housecleaning by sweeping out another first-round pick.

Cornerback Justin Gilbert, who never lived up to being the No. 8 overall pick in 2014, was traded to the Pittsburgh Steelers on Saturday for a sixth-round draft pick in 2018 and Cleveland also released wide receiver Taylor Gabriel as it trimmed its roster to the NFL-required 53 players.

Gilbert was a major disappointment almost from the moment he began with the Browns. He started in just three games over two seasons in which he never seemed to mesh with his teammates on or off the field. The 24-year-old made only one interception and never delivered on the big-play potential he showed after starring at Oklahoma State.

Gilbert's departure wasn't entirely a surprise. On Friday, coach Hue Jackson said the defensive back had shown some signs of improvement this summer but did not guarantee he would make the roster.

With Gilbert gone, the Browns don't have any of the players they selected in the first round from 2011-14. Phil Taylor, Trent Richardson, Brandon Weeden, Barkevious Mingo and Johnny Manziel - all first-round picks - preceded Gilbert out of town. Cleveland's new front office recently traded Mingo to New England and the troubled Manziel was released in March.

The Browns have made three trades in the past week and the roster is likely to undergo further changes in the next 48 hours.

In getting down 53, the Browns released Gabriel, who had 64 catches over the past two seasons.

The 25-year-old Gabriel figured to have an edge after a long punt return in Thursday's loss to Chicago. However, the Browns decided to keep the four rookies they drafted this year - Corey Coleman, Ricardo Louis, Jordan Payton and Rashard Higgins - along with veterans Andrew Hawkins and Terrelle Pryor over Gabriel. Wide receiver Josh Gordon is suspended for the first four games because of multiple drug violations and does not count against the roster.

''We've gotten a lot bigger, we've got younger and I think we've gotten better,'' first-year coach Hue Jackson said. ''Having Terrelle Pryor and obviously our draft pick Corey Coleman is good, and it's great to see Terrelle come on. Obviously, getting Josh Gordon back on our football team is huge. You're talking about one of the better receivers in the league, and we've got to make sure we hold this thing together until he can get back and we're looking forward to having him back.''

Also, the Browns addressed their punting issue by reaching an agreement with former Denver punter Britton Colquitt, a person familiar with the negotiations told The Associated Press.

Colquitt will sign a one-year deal, said the person who spoke on condition of anonymity because the contract has not yet been signed.

The Browns have been looking for a punter since trading three-time Pro Bowler Andy Lee to Carolina earlier this week for a fourth-round pick. On Thursday, punters Kasey Redfern and Mike Palardy both shanked kicks badly in a loss to Chicago. Redfern was also released.

Cowboys Drop The Ball Against Cardinals
A nightmare season for Dallas continued on Monday Night Football, as Arizona capitalized on multiple miscues for the win.
6 hours ago

Chiefs Get Back On Track
Kansas City ran wild over the Bills on Monday night, as an unexpected facet of the offense led to a decisive victory.
9 hours ago

The GOATS, the bad and the Jets
Charlotte Wilder recaps a wild NFL Sunday, including a battle of QB legends, a bevy of QB struggles and one hapless, winless team.
13 hours ago

Coach 'Em Up
The Titans, Bucs and Steelers are showing just how valuable elite coaching is to NFL success, Geoff Schwartz explains.
14 hours ago

Steeling the Spotlight
Pittsburgh is not-so-quietly making its case as the best team in the AFC, and so far, its defense has been the catalyst.
15 hours ago
those were the latest stories
Want to see more?
View All Stories
Fox Sports™ and © 2020 Fox Media LLC and Fox Sports Interactive Media, LLC. All rights reserved. Use of this website (including any and all parts and components) constitutes your acceptance of these Terms of Use and Updated Privacy Policy. Advertising Choices. Do Not Sell my Personal Info