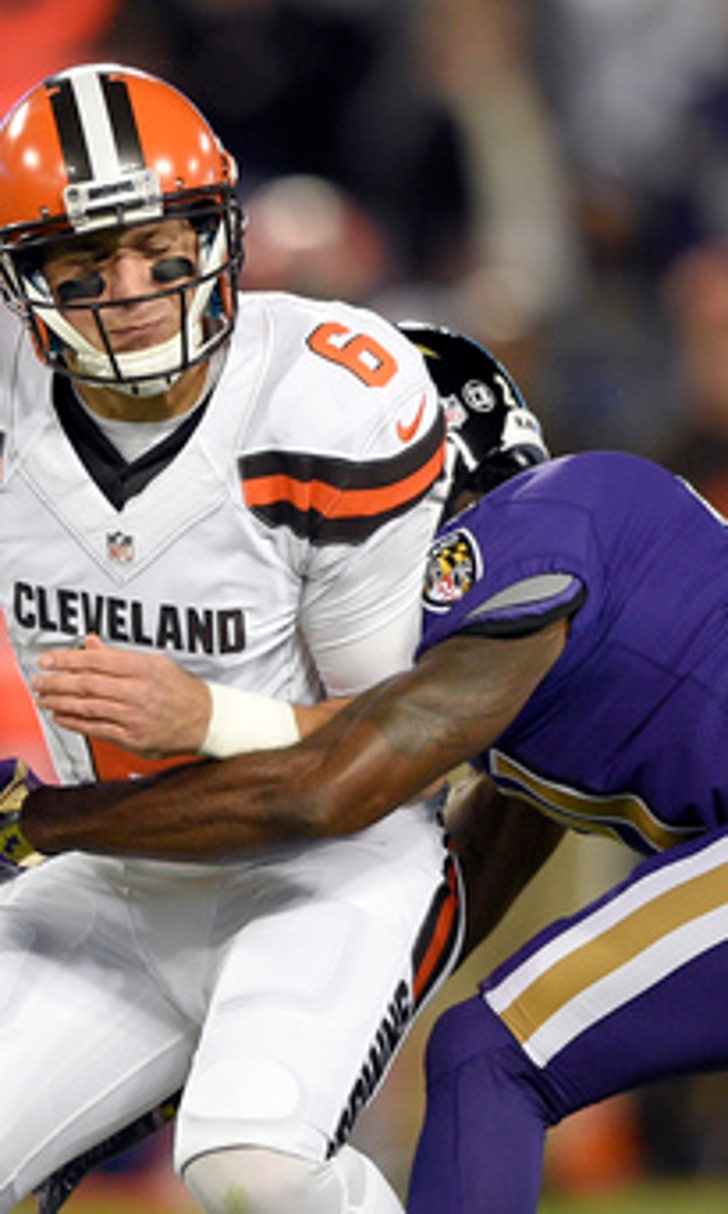 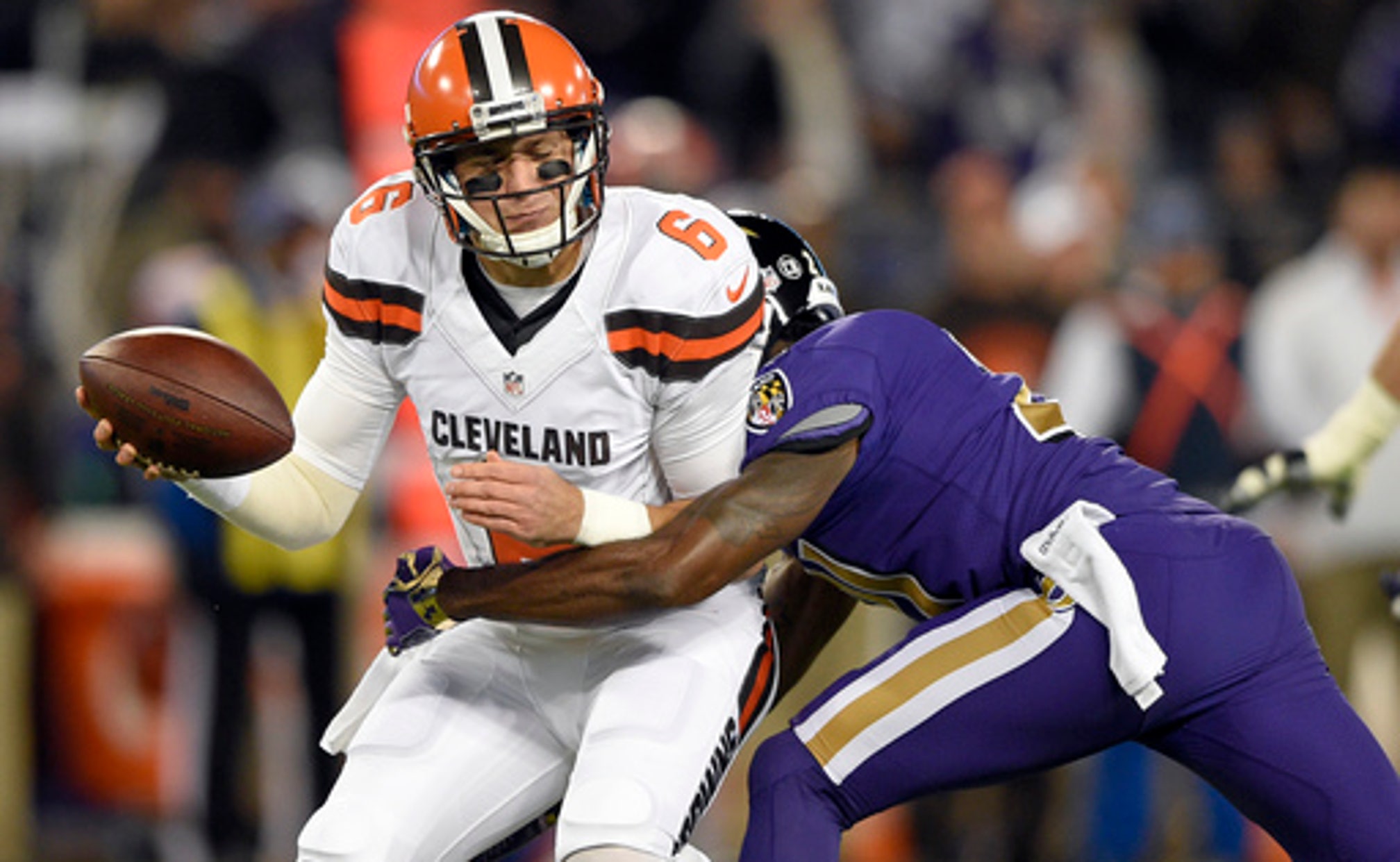 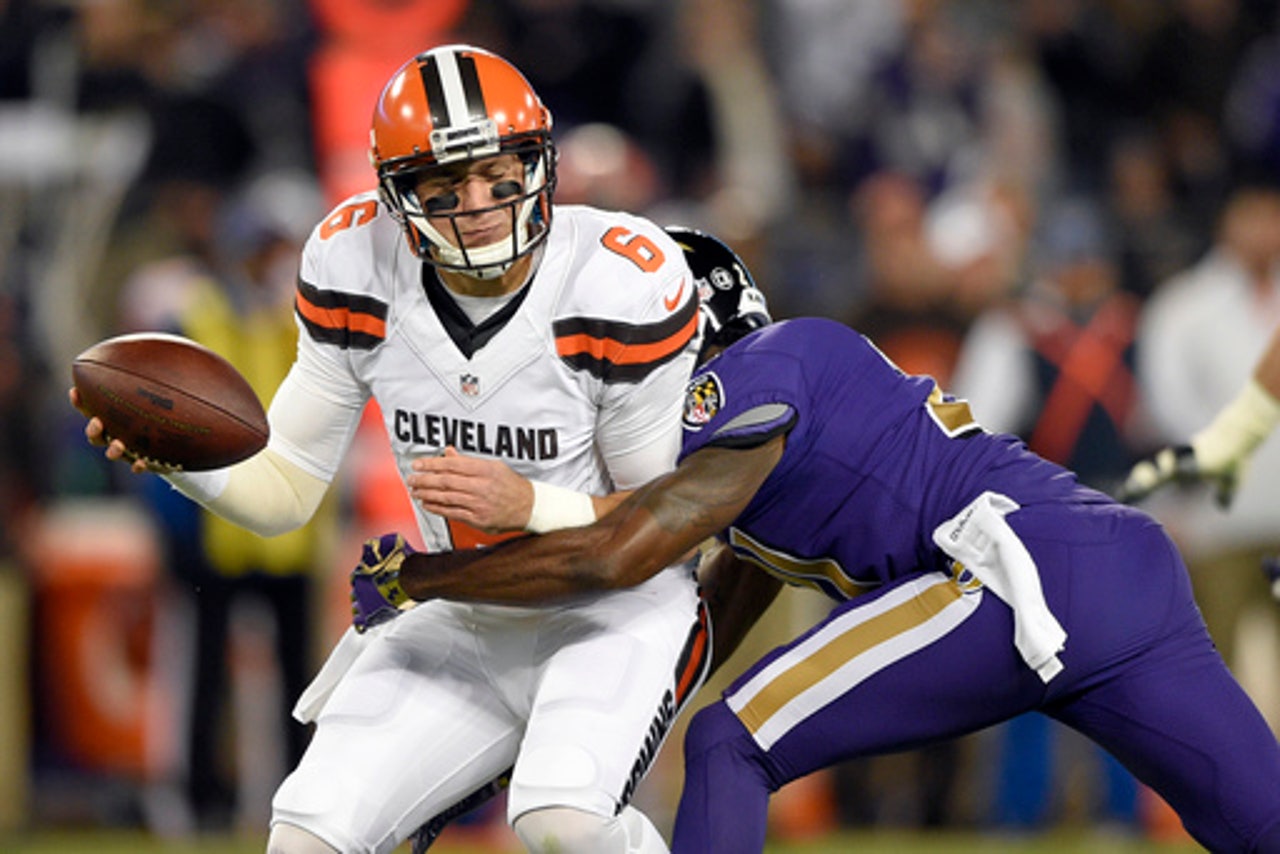 ''I never could have dreamt this - ever,'' first-year coach Hue Jackson said Friday, hours after Cleveland remained winless in 2016 with a nationally televised 28-7 loss at Baltimore . ''It's been tough.''

Trying to win with a roster gutted by a front office eyeing next year's draft and the future has been harder than Jackson imagined. He's doing all he can with the NFL's youngest team, which could soon join the 2008 Detroit Lions as the only 0-16 squads in league history.

The losing is testing Jackson. He's proud and determined, but the losses are taking a toll.

''I am having to coach myself up,'' he said. ''This is different, but at the same time, I get it. I am in it. It is at my feet. I am not going to run from that. I do understand what the issues are and where we are and where we are going to go, but also, it has been tough. I have a good staff who stands behind me. I have an owner who has been unflinching. I have executives in the front office and they get it.

''Are we disappointed for where we are? Yeah, but I think we also understand what we have to do in order to get this changed.''

The Browns have dropped 13 straight since last season and will finish 2016 with their 14th double-digit loss season in 18 years.

In a rebounding city that's home to the reigning NBA champion Cavaliers and the AL pennant-winning Indians, who just went to Game 7 of the World Series, the Browns are a civic shame.

Even their dedicated fans are bailing on a franchise that can't seem to get anything right. FirstEnergy Stadium was overrun by Dallas fans last week. It won't be any different when Pittsburgh's Terrible Towel-waving backers make the short drive from Western Pennsylvania on Nov. 20.

While owners Dee and Jimmy Haslam aren't happy, Jackson said they recognize there would be pain in growth.

''We all understand where we are, and it is disappointing,'' Jackson said on a conference call. ''None of us want to be in this situation, and especially for our fans, we do not want that for them and our players, but this is where we are. This is our reality, so we have to fight our way out of it. All I can say to our fans is: hang with us. I have never been through this this way and it is new and different, I don't like it and we have to do something about it.

''I am very confident that we will.''

Jackson defended pulling rookie quarterback Cody Kessler in the second half Thursday and replacing him with Josh McCown. Jackson thought it was a chance to get a win and turned to McCown despite Kessler giving the Browns a 7-6 halftime lead.

The quick turnaround from Sunday to Thursday was maybe more than Kessler could handle, but Jackson wasn't laying the loss on his young QB.

''When I look back at it now and had a chance to watch the tape, it is an offensive unit issue,'' he said. ''He is the quarterback and he will come back out here and get ready to fight against Pittsburgh.''

After facing the Steelers, the Browns' next five games are against the New York Giants, Cincinnati, Buffalo, San Diego and Pittsburgh in the season finale. They have a welcomed bye week in there as well.

Jackson knew wins would be hard to come by in his first season. He wasn't prepared that it would take so long to get one.

''For whatever reason, it hasn't gone the right way for us,'' he said. ''We have not had very many breaks as we have been through the season. That is a huge part of it, but at the same time, I don't think anybody wants to be in the situation we are in today.''

Cowboys Drop The Ball Against Cardinals
A nightmare season for Dallas continued on Monday Night Football, as Arizona capitalized on multiple miscues for the win.
4 hours ago

Chiefs Get Back On Track
Kansas City ran wild over the Bills on Monday night, as an unexpected facet of the offense led to a decisive victory.
8 hours ago

The GOATS, the bad and the Jets
Charlotte Wilder recaps a wild NFL Sunday, including a battle of QB legends, a bevy of QB struggles and one hapless, winless team.
12 hours ago

Coach 'Em Up
The Titans, Bucs and Steelers are showing just how valuable elite coaching is to NFL success, Geoff Schwartz explains.
13 hours ago

Steeling the Spotlight
Pittsburgh is not-so-quietly making its case as the best team in the AFC, and so far, its defense has been the catalyst.
13 hours ago
those were the latest stories
Want to see more?
View All Stories
Fox Sports™ and © 2020 Fox Media LLC and Fox Sports Interactive Media, LLC. All rights reserved. Use of this website (including any and all parts and components) constitutes your acceptance of these Terms of Use and Updated Privacy Policy. Advertising Choices. Do Not Sell my Personal Info