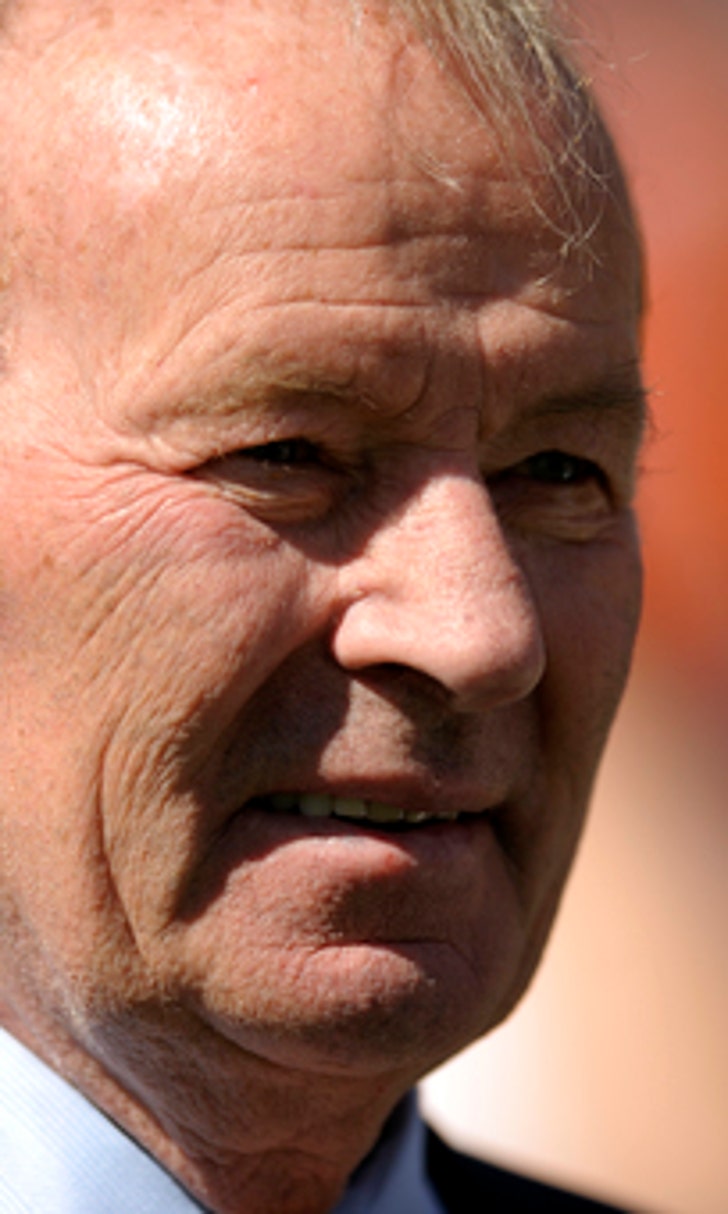 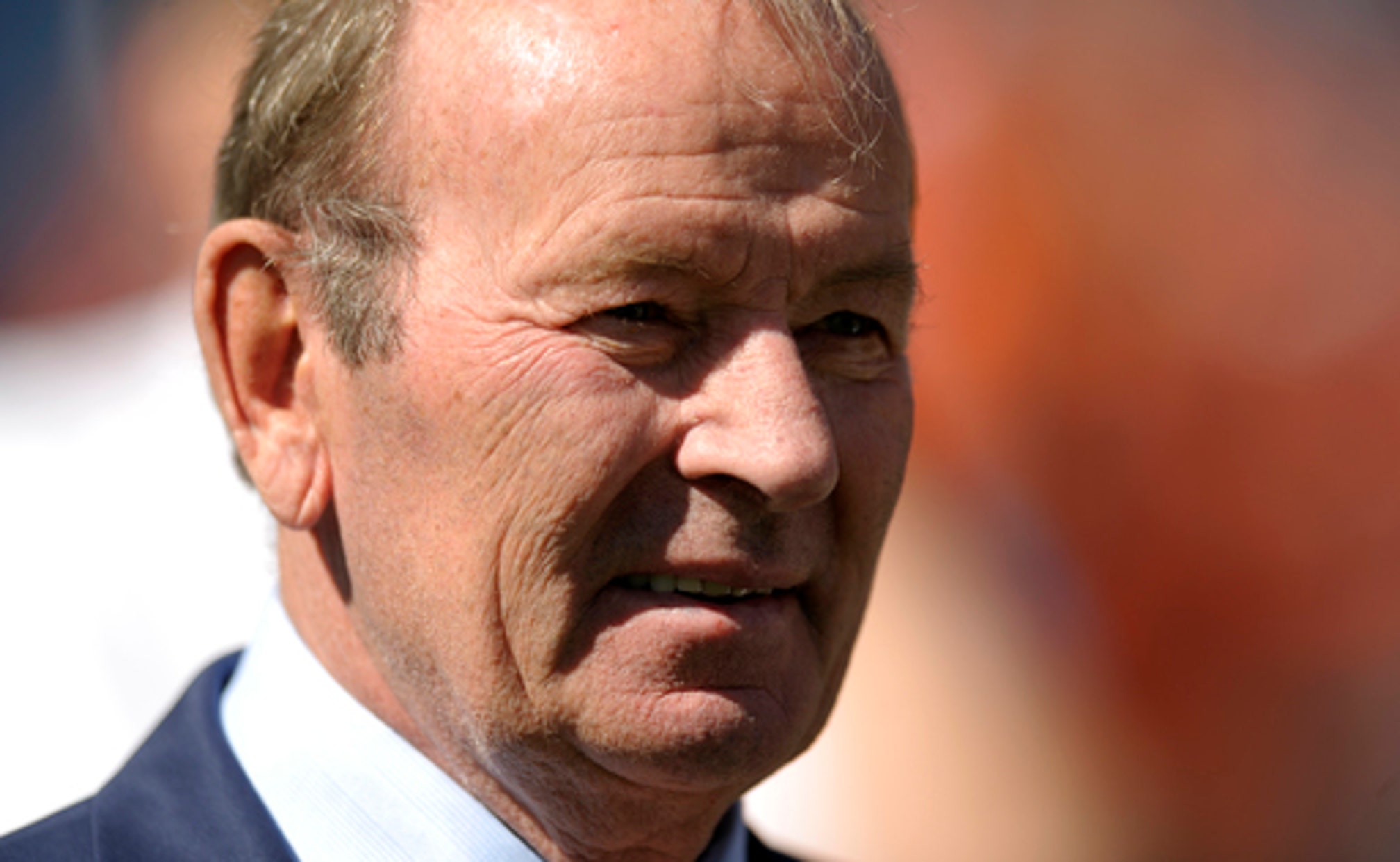 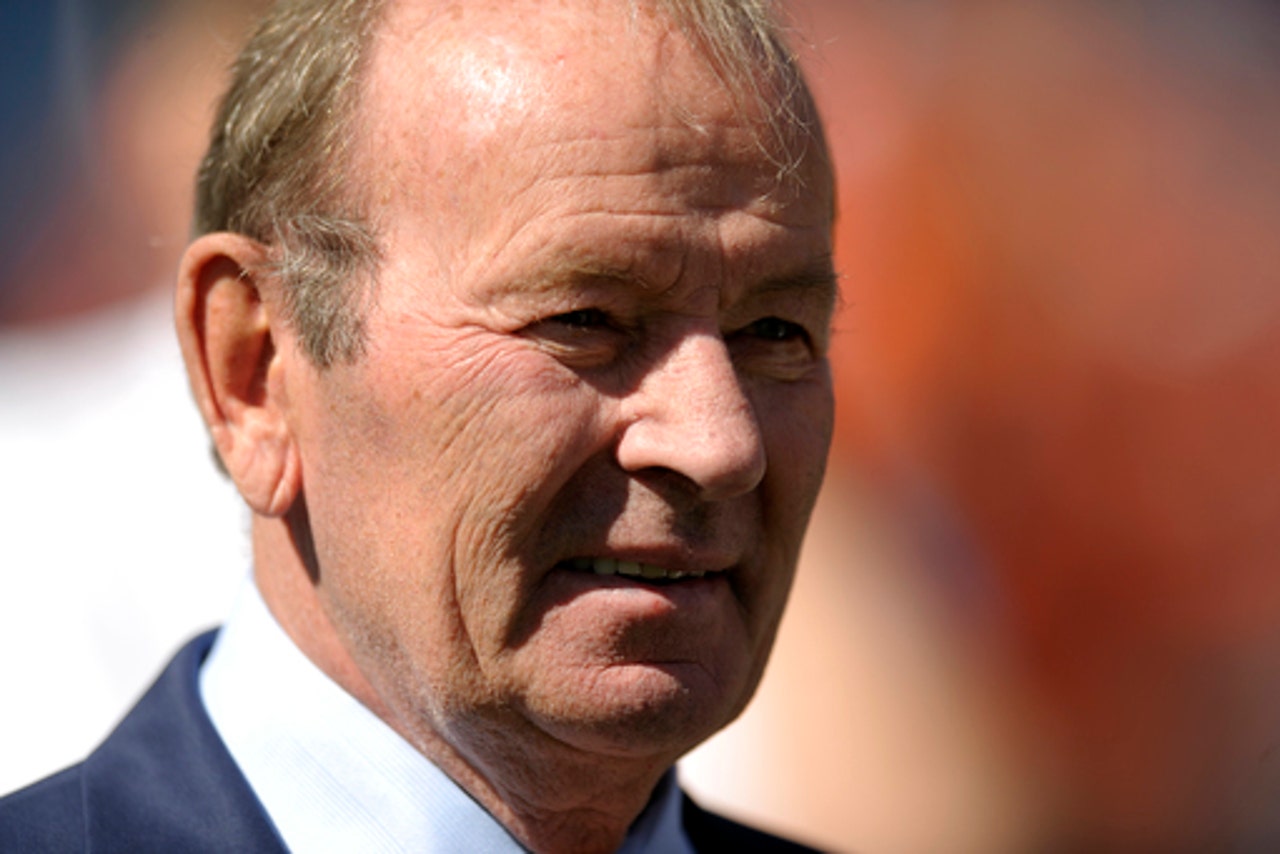 SAN FRANCISCO (AP) Ever since he returned to his beloved Broncos five years ago, John Elway has been eager to utter four words in particular.

Team owner Pat Bowlen declared, ''This one's for John!'' while jabbing the Lombardi Trophy into the air following the Broncos' 31-24 win over Green Bay 18 years ago in San Diego after Elway helicoptered his way into NFL immortality in his fourth shot at a title.

A desire to return the favor is what drives the man who has guided Denver to a pair of Super Bowls from the front office to go with the five he delivered during his Hall of Fame playing career.

Super Bowl 50 is the Broncos' eighth trip to the big game, seven of which have come under Bowlen's watch, and all of those with Elway's help, first as his QB and now as his GM.

The Broncos' latest shot at glory has taken on added significance, too, because 18 months ago Alzheimer's forced Bowlen to step down from his daily duties running the team.

Bowlen, who turns 72 this month, is the first owner in pro football history to win 300 games, including playoffs, in three decades; owns more Super Bowl appearances than losing seasons (five); and has the best winning percentage in the NFL (.615) since buying the team in 1984.

''Let's get it done for Pat, and go Broncos!'' Annabel Bowlen hollered as she accepted the AFC championship trophy on her husband's behalf two weeks ago, denying Patriots owner Robert Kraft an eighth trip to the Super Bowl.

Although Bowlen no longer pays daily visits to the office - and he's not expected to make it to the Super Bowl - he's still a constant presence at 13655 Broncos Parkway.

''The thing that stands out is that his mission was very simple, and that was - and is - to win,'' said team president Joe Ellis, who has been running the team since Bowlen stepped away. ''Do everything you can to win and do it the right way. And so when people come in here that have known him for a number of years, which I have and John Elway has and Gary Kubiak has, we all know exactly what he stands for. And we can execute that mission every day because we watched him do it.''

Making it to this week is the goal every year, and ''so we're constantly doing things to try to improve the team,'' Ellis said.

''We extend every resource and put all of our efforts in to try to win Super Bowls every year,'' Ellis said. ''We recognize that you're not going to do that each and every year, but you sure as heck better try.''

Bowlen was always asking, ''How can we get better?''

Now it's Elway, Ellis and Kubiak asking that same question.

''John Elway's done a great job designing this team, putting it together, bringing in a group of players that fight hard, play for each other. Gary's got his finger on the pulse of his team, he's got the attention of his players. And the players are playing for each other,'' Ellis said. ''It's a special group here, and Pat if he could be here every day like he was in the past, would be enormously proud of this team. He'd really, really love this team.''

And they love him, Kubiak said.

''We talk about Mr. B a lot,'' Kubiak said. ''There are obviously a lot of older players in this organization that know him. There are people in this organization that know him extremely well, and there are young kids who have probably never met him, maybe have not even seen him this year. I had Joe talk to the football team ... about Mr. B, how he's doing and how he'd be very proud of this football team.''

Ownership of the franchise is held in a trust Bowlen set up more than a decade ago in hopes one of his seven children will one day run the team. Until then, Ellis is doing so in a ''What would Pat do?'' sort of way.

Bowlen always put production ahead of profits; trained tirelessly for triathlons; fostered a winning atmosphere from the lobby to the locker room; was always quick with a compliment and sure to couch his criticism.

He also had a competitive streak that he flashed whether on the road conducting league business, on the sideline watching his team, or on the StairMaster drenched in sweat.

''If there was a way for him to compete against what he's going through,'' offered former defensive end Alfred Williams, ''he'd beat that damn disease every time.''

Bowlen was inducted into the team's ring of fame in November, and Elway said he's hopeful the next stop for Bowlen is Canton.

Before that, though, he longs to utter those four special words.

Ice Cube Joins the Club
This week, 'Club Shay Shay' welcomed in the legendary Ice Cube to discuss his rise to stardom and social activism.
8 hours ago

Quarterback Query
Sunday's demolition at the hands of the Pittsburgh Steelers has many questioning Baker Mayfield's fit in Cleveland.
9 hours ago
those were the latest stories
Want to see more?
View All Stories
Fox Sports™ and © 2020 Fox Media LLC and Fox Sports Interactive Media, LLC. All rights reserved. Use of this website (including any and all parts and components) constitutes your acceptance of these Terms of Use and Updated Privacy Policy. Advertising Choices. Do Not Sell my Personal Info