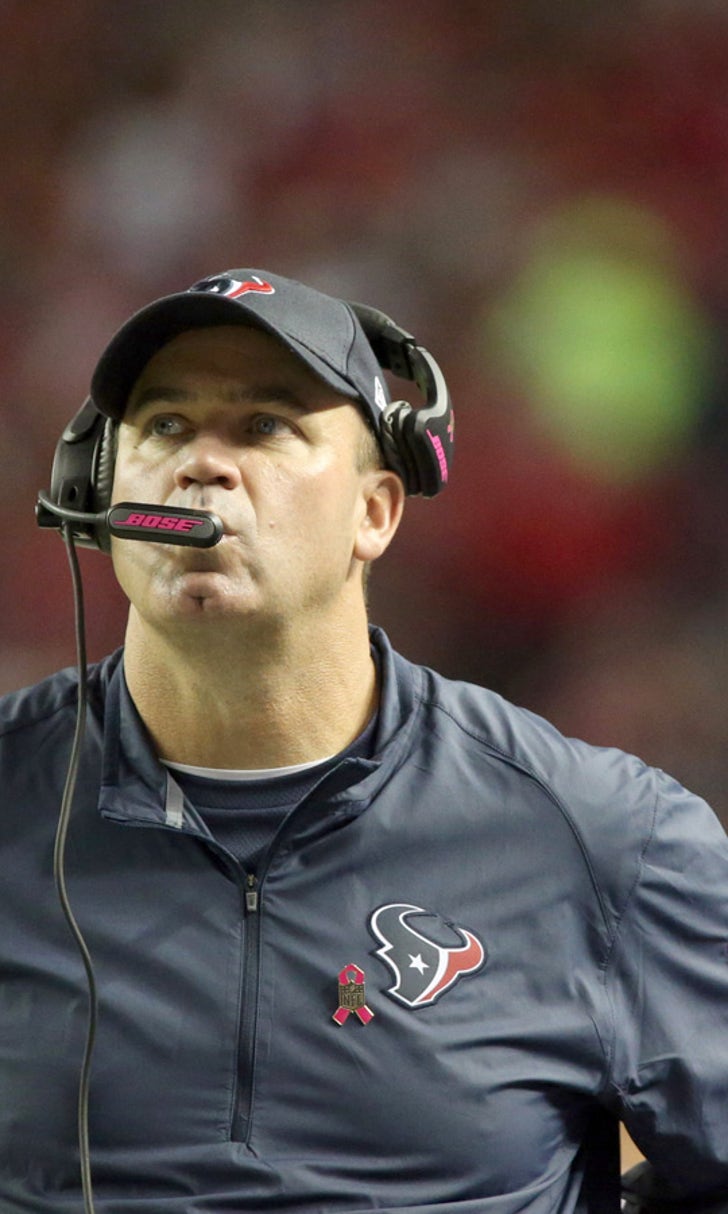 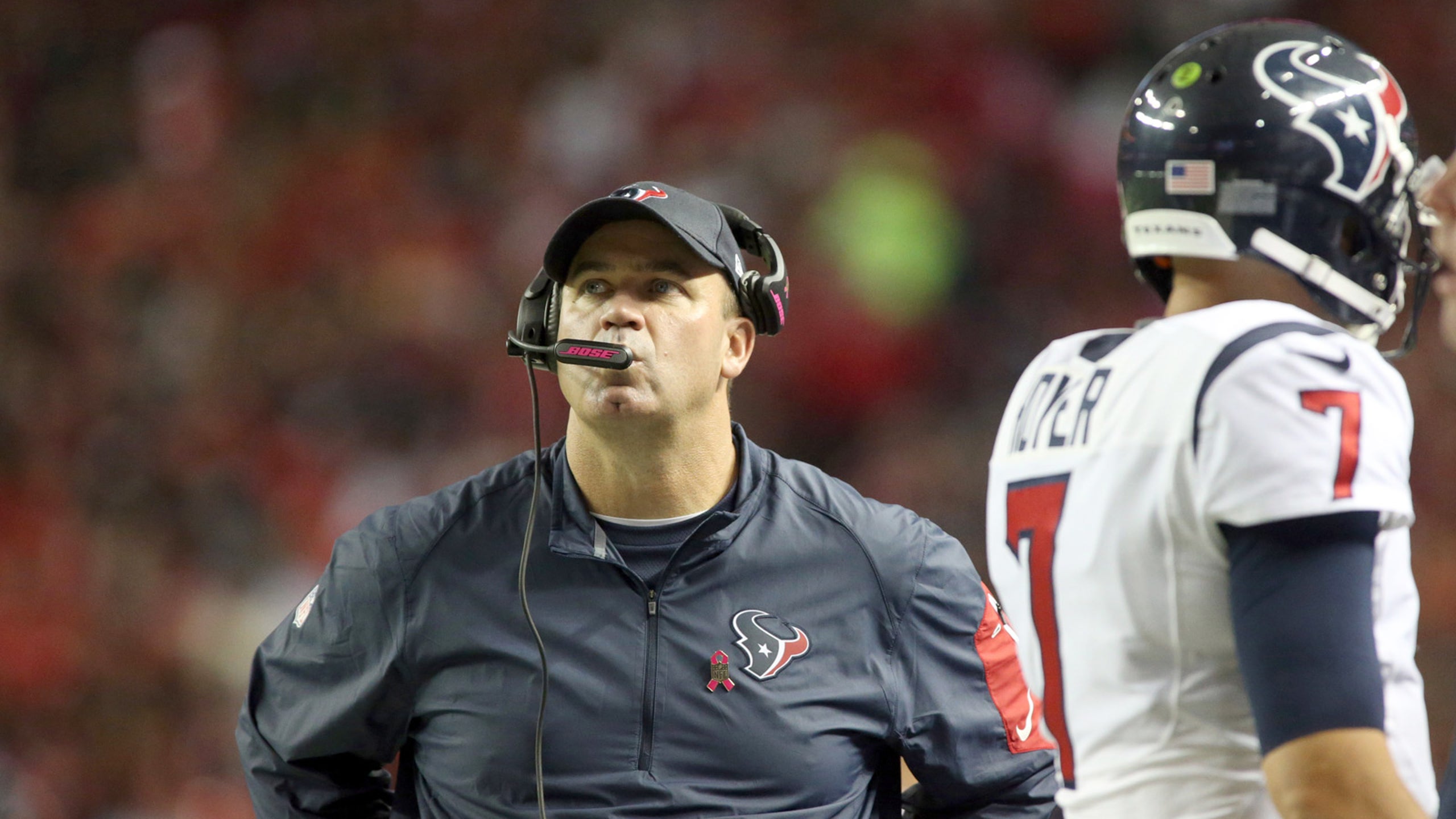 Bill O'Brien: No vacation when you're 3-5 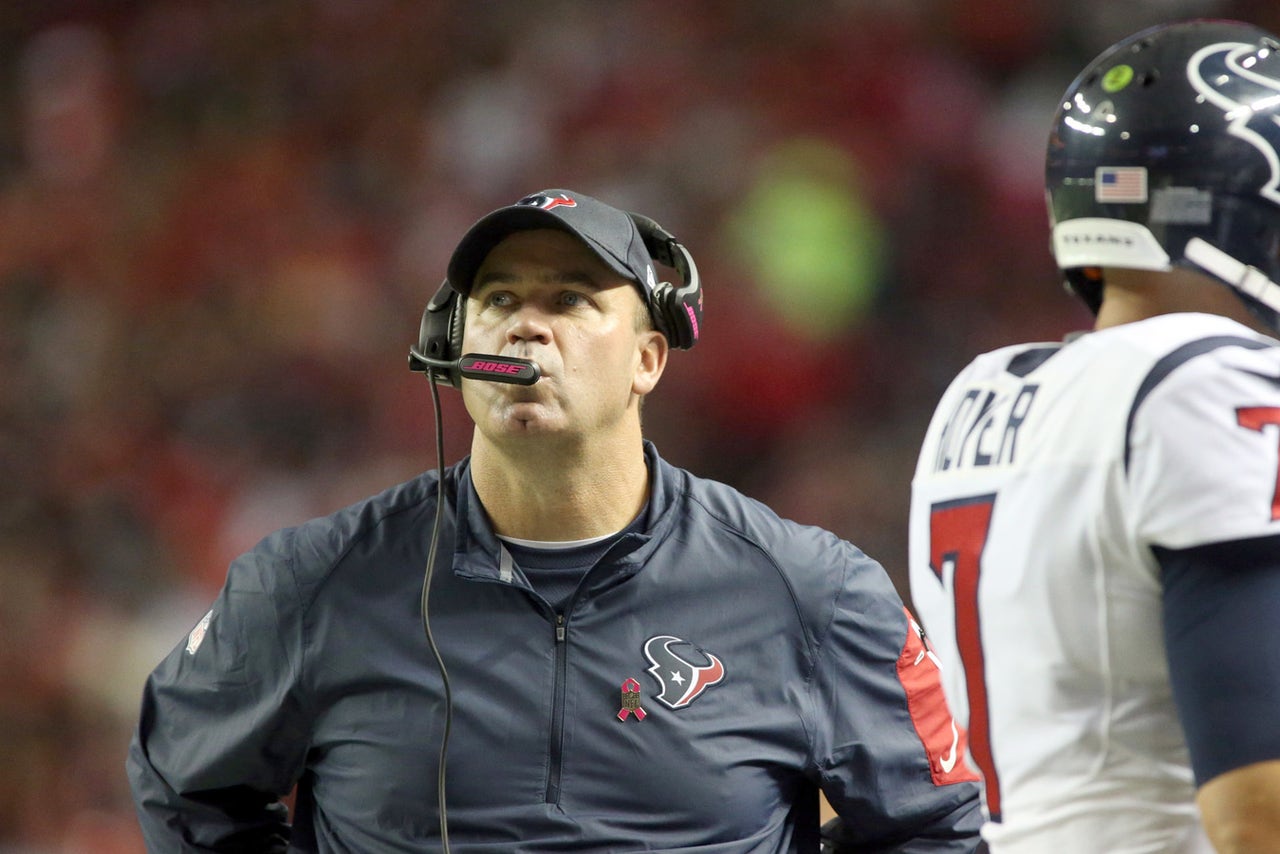 As he team prepares to take time off for the bye, Houston Texans head coach Bill O'Brien said he won't be joining them.

With the Texans sitting at 3-5, O'Brien told reporters Monday this is no time for a vacation.

“Is that a trick question?” O'Brien said, per the Houston Chronicle. “No, no plans. When you’re 3-5 you aren’t taking many vacations.”

Still, the Texans enter the break tied with the Colts for first place in the AFC South. While O'Brien would certainly prefer to have had better results through the first eight games, he said he's aware the Texans are still in a good position.

The Texans return from the bye Monday Nov. 16 against the Cincinnati Bengals. O'Brien said the time off allows the team a chance to correct problems that have lingered since Week 1.

“We feel like it’s a new season for us,” O’Brien said. “We have to focus on how we can get better. We have to look at what we’re doing in the running game. We have to run the ball. We have to work to improve that.”

Watching Watson
The Deshaun Watson saga in Houston continues, as despite Watson's face-to-face with the coach, the Texans aren't willing to budge.
4 days ago

Let Deshaun Go
The Texans have ruined their relationship with their star QB. Now, they have no choice, Charlotte Wilder writes.
6 days ago

Colin's locks for the NFL season
Think it's too soon to start making 2021 NFL predictions? Colin Cowherd doesn't think so. We break down his picks.
February 24
those were the latest stories
Want to see more?
View All Stories
Fox Sports™ and © 2021 Fox Media LLC and Fox Sports Interactive Media, LLC. All rights reserved. Use of this website (including any and all parts and components) constitutes your acceptance of these Terms of Use and Updated Privacy Policy. Advertising Choices. Do Not Sell my Personal Info