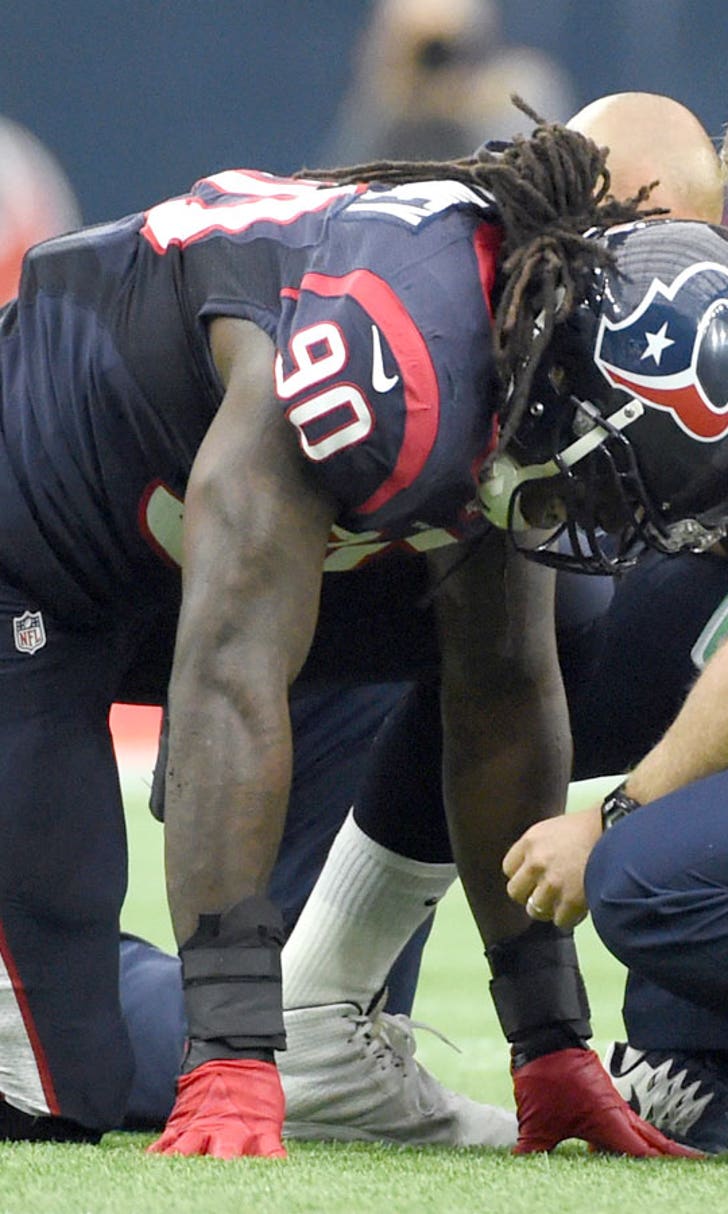 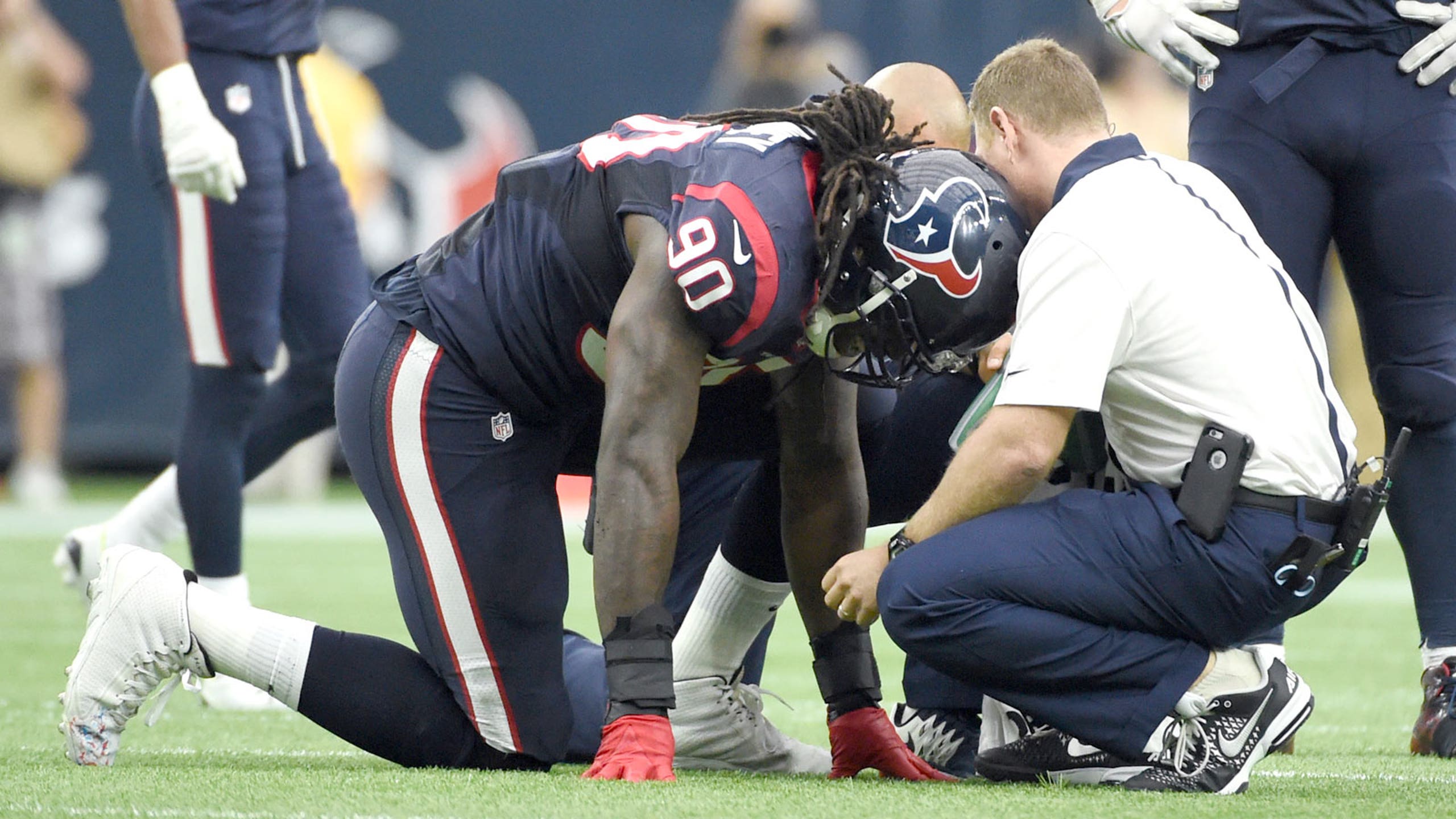 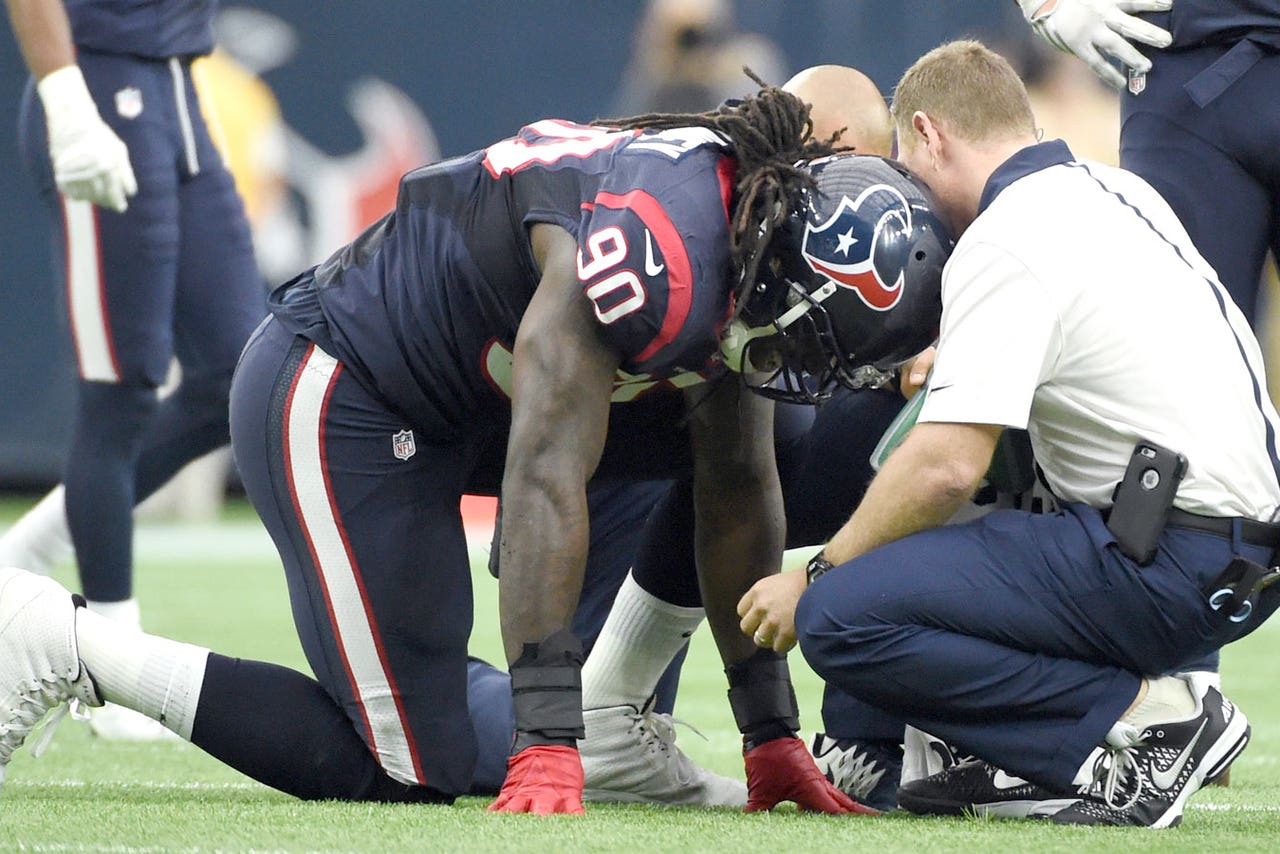 After Houston Texans linebcaker Jadeveon Clowney was forced to leave Sunday's 20-6 win over the Tennessee Titans in the first half with a back injury, head coach Bill O'Brien said it was premature to label the second-year player as injury prone.

Clowney, the first pick in the 2014 draft has dealt with five injuries since joining the Texans, two of which required surgery. The 22-year-old has appeared in just 11 games since being drafted.

"He's had some unlucky injuries," O'Brien said, per ESPN's Tania Ganguli. "There's no question about that. I don't think you can determine a career on a year and a half. I think that this guy's got a lot of football left in him. I think when he has played, I think he's played very well."

Last year, the former South Carolina star dealt with a sports hernia, a concussion, and a lateral meniscus tear in his knee before having season-ending microfracture surgery.

This season, Clowney missed the team's win over the Jaguars due to an ankle injury before hurting his back against the Titans.

O'Brien said he's hopeful the linebacker will be able to move past the series of early-career injuries and develop into a healthy, productive contributor for the Texans.

Watching Watson
The Deshaun Watson saga in Houston continues, as despite Watson's face-to-face with the coach, the Texans aren't willing to budge.
February 27
those were the latest stories
Want to see more?
View All Stories
Fox Sports™ and © 2021 Fox Media LLC and Fox Sports Interactive Media, LLC. All rights reserved. Use of this website (including any and all parts and components) constitutes your acceptance of these Terms of Use and Updated Privacy Policy. Advertising Choices. Do Not Sell my Personal Info