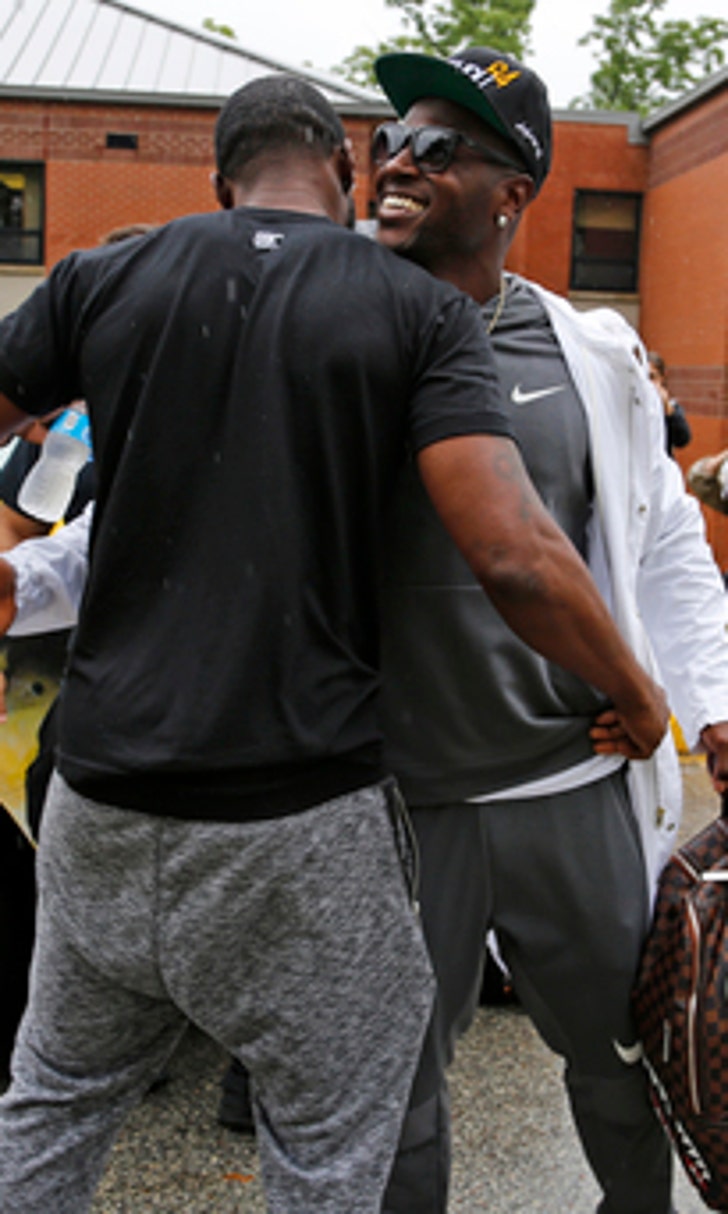 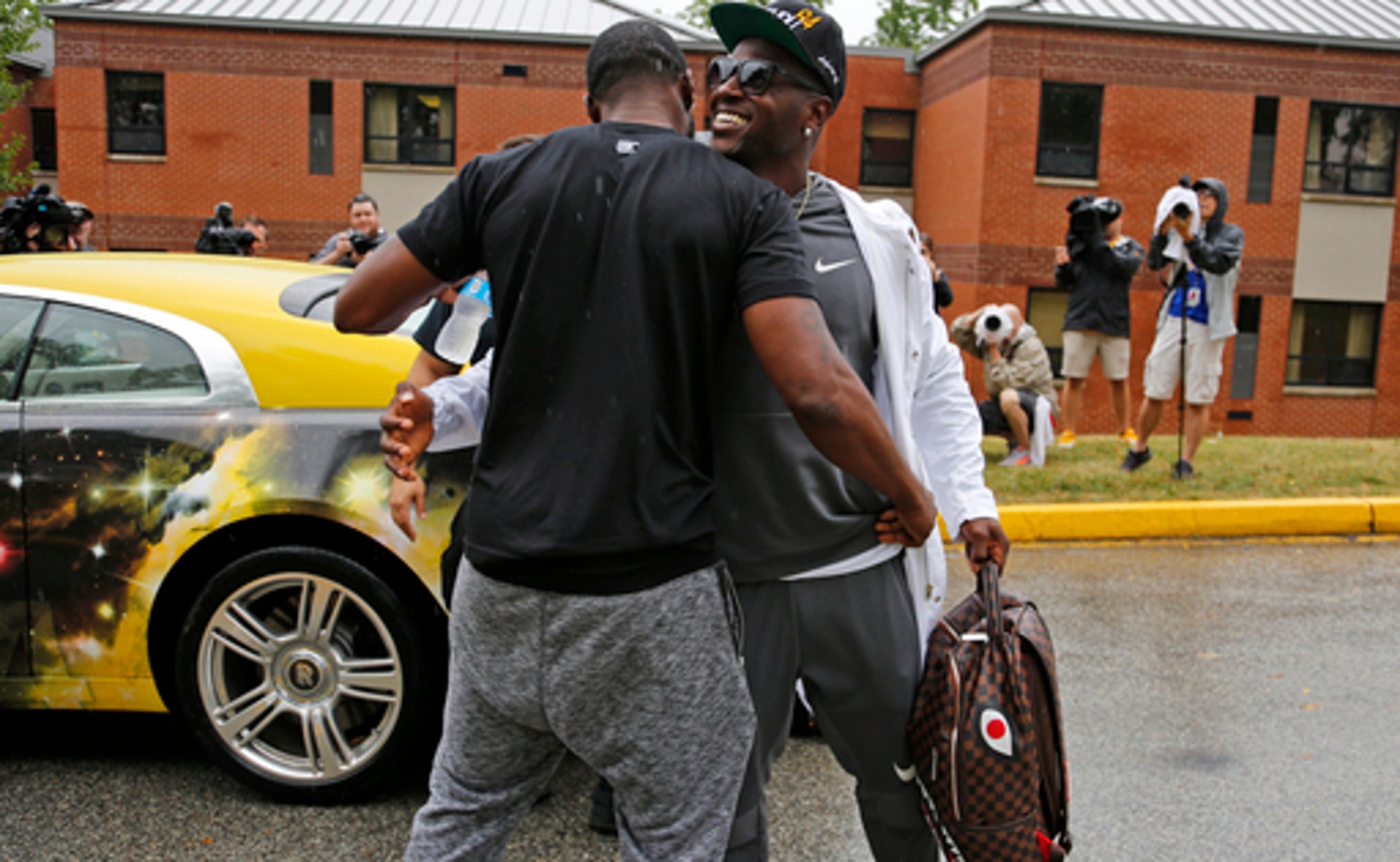 Bell apologizes for being a distraction as Steelers begin 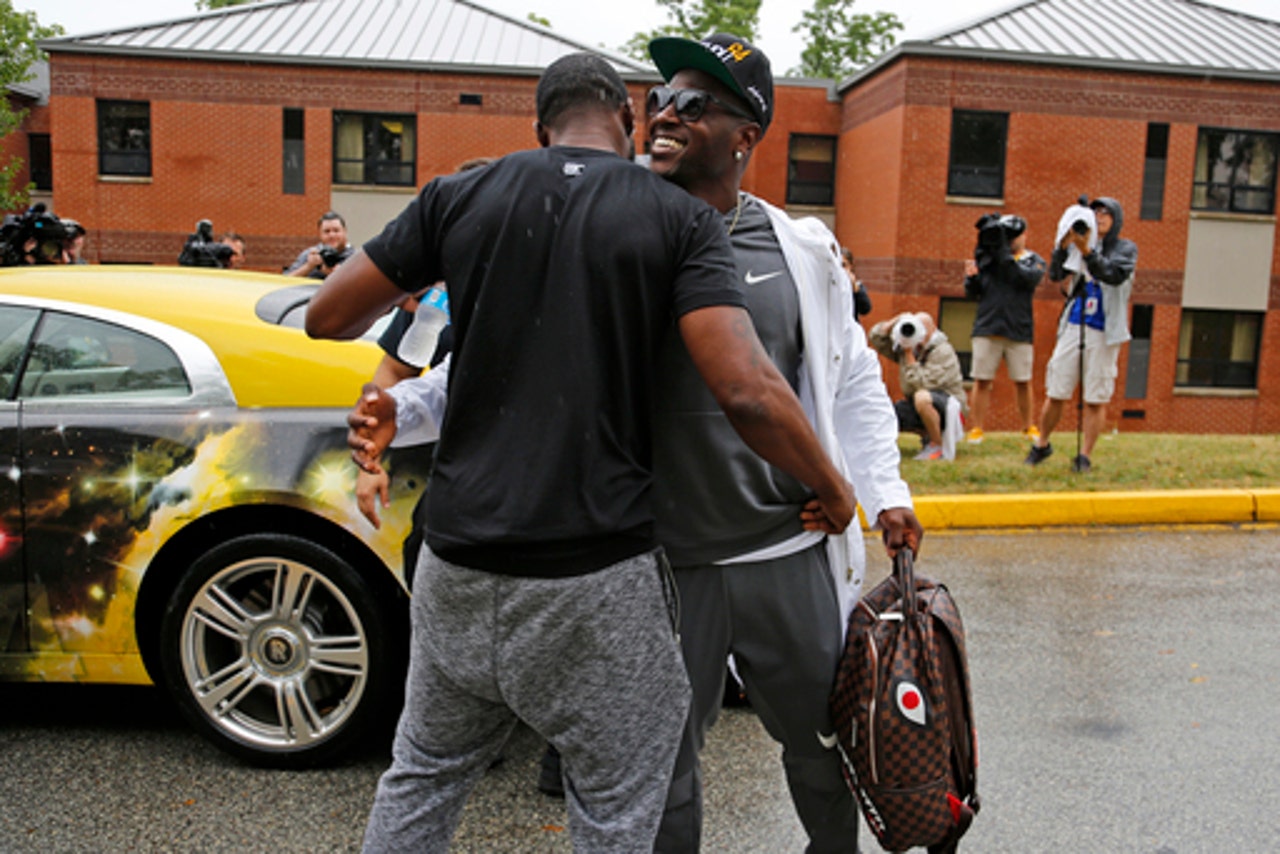 The wait will be considerably longer for the Pittsburgh Steelers running back, perhaps all the way until October if his appeal for violating the NFL's substance abuse policy is denied.

While Bell apologized for being a distraction as the Steelers reported for training camp Thursday, he declined to get into specifics, saying only he was notified in March that he'd been suspended. ESPN.com reported Bell missed a drug test.

''It's a little frustrating,'' Bell said. ''I've got to handle it for what it is and just keep moving forward.''

Bell expects the appeal to be heard sometime in August, giving the Steelers plenty of time to prepare should he be unavailable for the season opener on Sept. 12 against Washington.

This is the second time Bell has faced discipline from the league. He sat out the first two games of the 2015 season as punishment for his arrest in August 2014 on DUI and marijuana possession charges following a traffic stop. Bell was originally suspended three games before it was reduced on appeal.

Heading into the final season of his rookie deal, the 24-year-old understands he could be developing a reputation for off-the-field issues that may follow him around as he heads into the prime of a career that seems remarkably bright when he's available.

''That's always something that's in your head,'' Bell said. ''I'm sure people feel a certain way about me and that's understandable but like I said, I can only control what I can control and let everything handle itself.''

Steelers coach Mike Tomlin demurred when asked about Bell's status and will wait until the case is adjudicated, noting ''anything prior to that is speculation and I'm not in the speculation business.''

Pittsburgh is already without wide receiver Martavis Bryant, who will miss the entire season after getting suspended at least a year in March for a second violation of the policy.

While losing Bell in the short term would not be catastrophic for a team coming off a second straight playoff appearance, it's not exactly ideal either.

''We're so talented and to lose guys like that is frustrating,'' guard David DeCastro said. ''You want to have everyone there. Then again we're used to it sadly.''

The Steelers finished third in total yards and fourth in scoring in 2015 while going 11-7 and losing to Denver in the divisional round. It was quite an accomplishment considering Bell, Bryant, quarterback Ben Roethlisberger and center Maurkice Pouncey missed significant chunks of time because of injury, suspension or in Bell's case, both.

One of the league's most versatile backs, Bell ran for 556 yards and three touchdowns and caught 24 passes for 136 yards in six games before tearing the MCL in his right knee while getting dragged to the ground by Cincinnati linebacker Vontaze Burfict on Nov. 1.

Veteran DeAngelo Williams filled in capably in Bell's absence and will be asked to do so again if Bell's appeal is turned down.

Bell is allowed to participate in training camp and took part in the team-wide conditioning test on Thursday.

He sported a massive bandage over on the knee as he spoke to reporters.

Though he was limited during organized team activities and minicamp, he hopes to do some live hitting when practice begins ''to get that pop.''

Tomlin indicated he would monitor Bell carefully as part of a group of players that ''I'm going to manage.'' Bell pointed out he hasn't been tackled in nine months and ''once that happens, I'll know exactly where I am'' in terms of his rehab.

''Maybe it will give him time with his knee,'' DeCastro said. ''The more time after surgery, the more time you have (to heal). He's a dominant player. It's going to hurt, but hopefully we'll have him for the back stretch.''

NOTES: The Steelers placed tight end Ladarius Green (ankle) and wide receiver Shakim Phillips (sports hernia) on the Physically Unable to Perform list. There is no timetable for Green - signed as a free agent following Heath Miller's retirement in February - to return. Green also sat out minicamp and OTAs. Tomlin praised Green's ability to stay engaged despite being on the sideline, but allowed there's ''no substitute for playing and getting a feel for'' playing with Roethlisberger. ... Rookie defensive lineman Devaunte Sigler was put on the non-football injury list after struggling during conditioning drills.

Fitz-Magic Outduels Minshew
The Miami Dolphins earned a victory in 'The Florida Bowl' on Thursday night behind the arm of Ryan Fitzpatrick.
10 hours ago

The Hopefuls And The Hope-Nots
Two weeks into the NFL season, Charlotte Wilder breaks down the 5 fan bases with the most optimism ... and the 5 without.
16 hours ago

Is It 'Tua Time' In Miami?
Tua Tagovailoa arrived in Miami with enormous expectations. We will find out soon if the hype is real, Martin Rogers writes.
16 hours ago