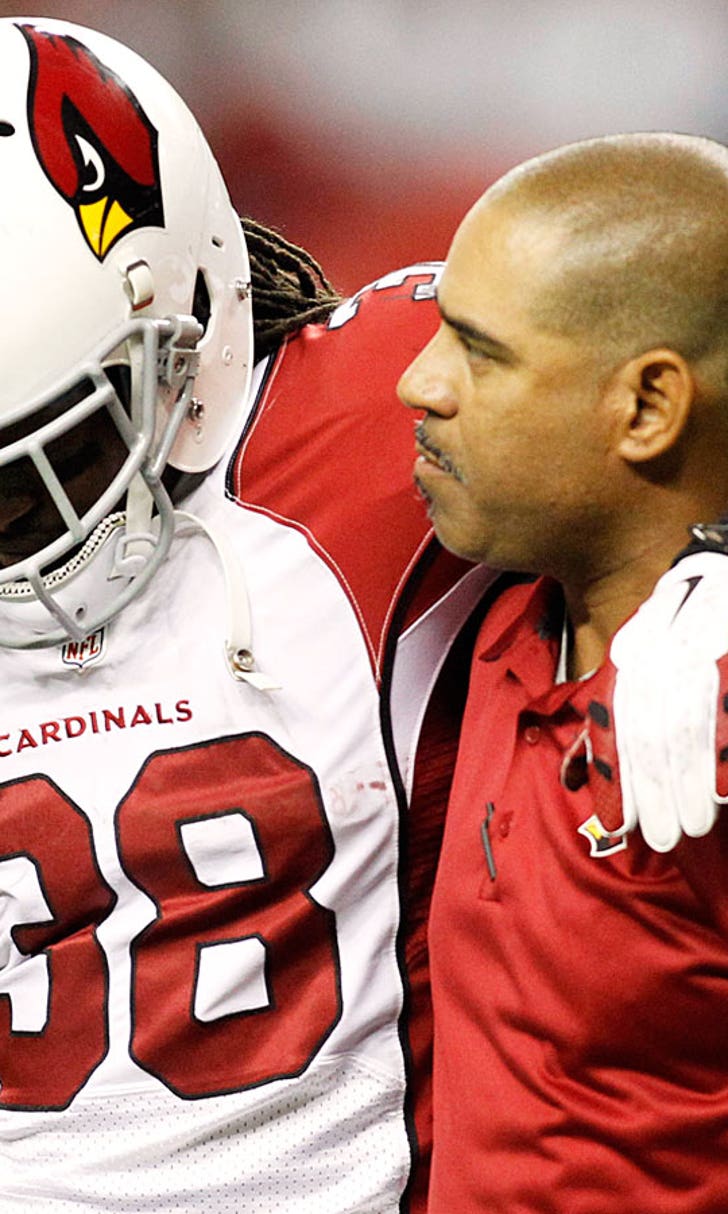 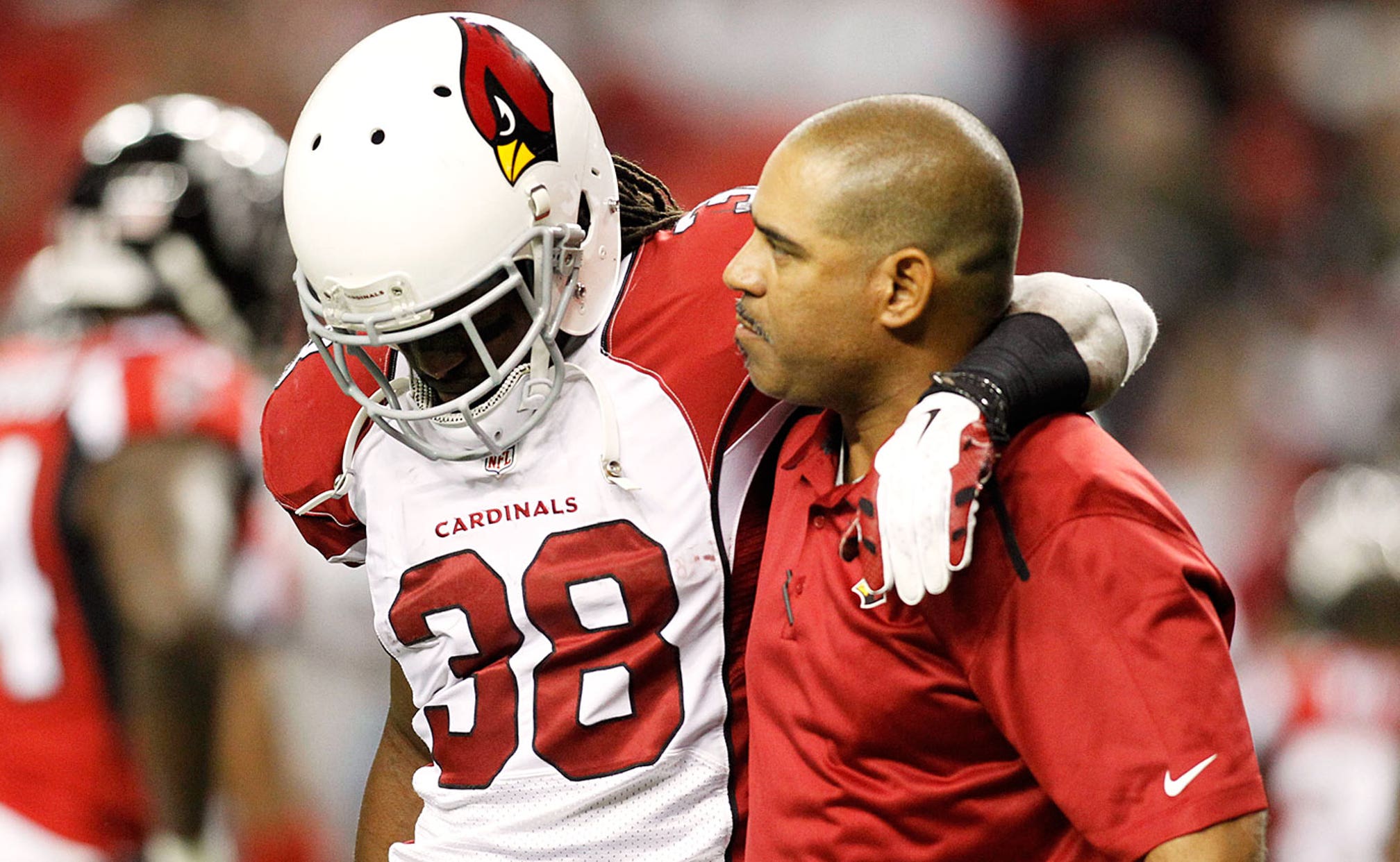 Arizona Cardinals draft preview: Help at running back is essential 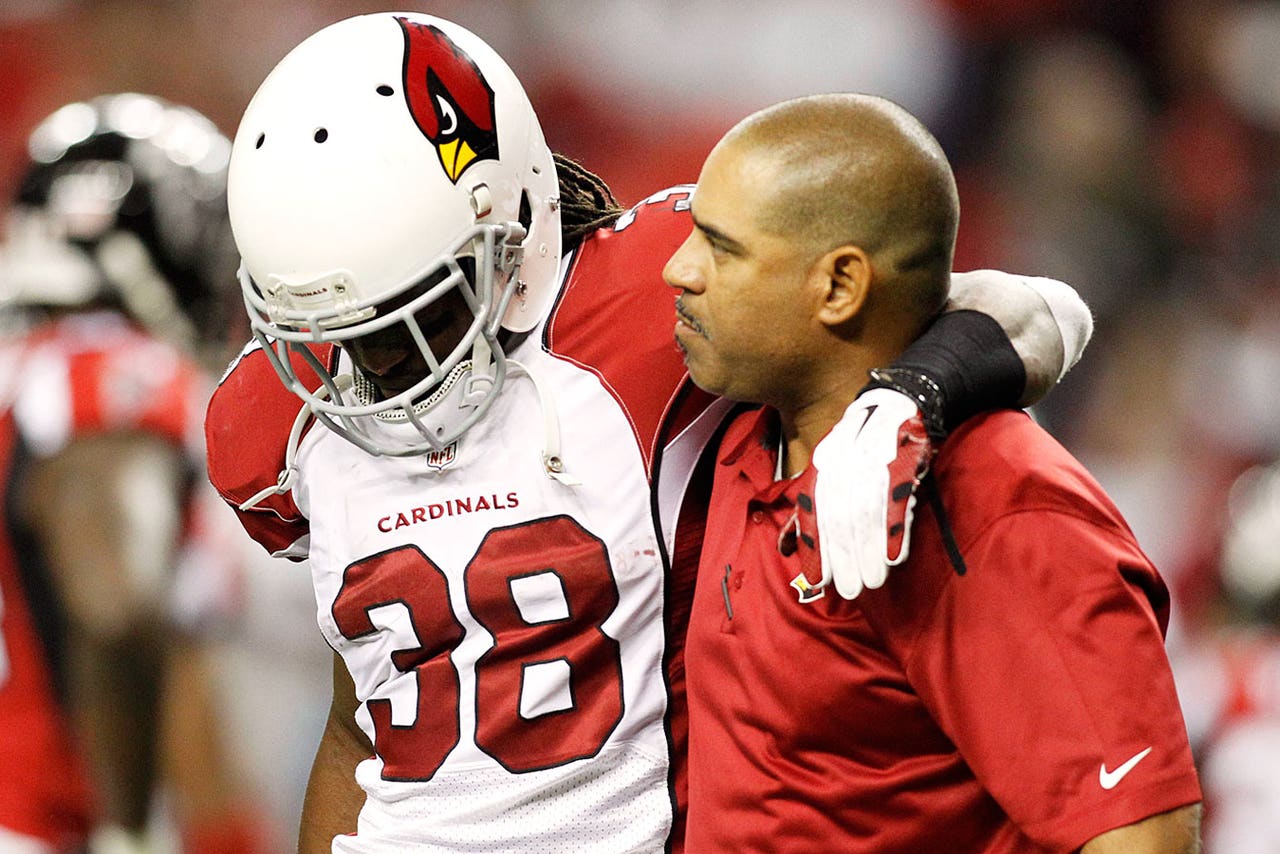 The Arizona Cardinals hold the No. 24 overall pick in the NFL Draft. In our 32-team preview series, FOXSports.com takes a look at their roster post-free agency and delivers a plan of attack for the last day in April.

Playing in an ultra-competitive division, the Arizona Cardinals have pieced together back-to-back double-digit winning seasons.

Head coach Bruce Arians and general manager Steve Keim have been given new four-year deals after Arizona's first postseason appearance since 2009. Through all of the success, the Cardinals continued to fight through adversity including suspensions, devastating injuries and an anemic running game. Buoyed by a bend-but-don't-break defense, Arizona was able to race out to a league-best 9-1 start but lost four of its last six games.

Over that span, quarterback Carson Palmer sustained a season-ending knee injury. To make matters worse -- and what would ultimately be the reason for Arizona's shortcomings -- backup quarterback Drew Stanton also went down with a knee injury.

During this offseason, the Cardinals watched defensive coordinator Todd Bowles get poached by the coaching carousel. Bowles, who has been replaced by former outside linebackers coach James Bettcher, joined the New York Jets.

Cooper, who has played in only 10 games since breaking his leg during his rookie season, is penciled in at guard. With the release of veteran Lyle Sendlein, the Cardinals also have a hole at center.

But of more importance is who will be the running back be in Arizona next season.

Starter Andre Ellington battled foot injuries and played in just 12 games a season ago. Ellington is a solid change-of-pace back but unlikely able to handle the brunt of the load. Adding another player could be in the best interest of the Cardinals.

Three options to consider at No. 24

Arik Armstead, DL, Oregon: Though Armstead is extremely raw, he's very young and athletic, standing 6-foot-7, 290 pounds. He is quick-twitched and explodes off the ball.

Eddie Goldman, DL, Florida State: As Arizona transitions away from the Darnell Dockett era, it’s looking to add some youth along the defensive line. Defensive end Kareem Martin, drafted a season ago, could compete for a starting job this season. Adding Goldman next to defensive end Calais Campbell could be a nightmare for opposing offensive fronts.

Melvin Gordon, RB, Wisconsin: Though Georgia's Todd Gurley might have the higher ceiling of the draft’s two top running backs, Gordon is ready to roll right now. The former Wisconsin star has home run ability but can also run between the tackles. With a deep crop of running backs, though, the Cardinals could wait until the later rounds to get a productive player.