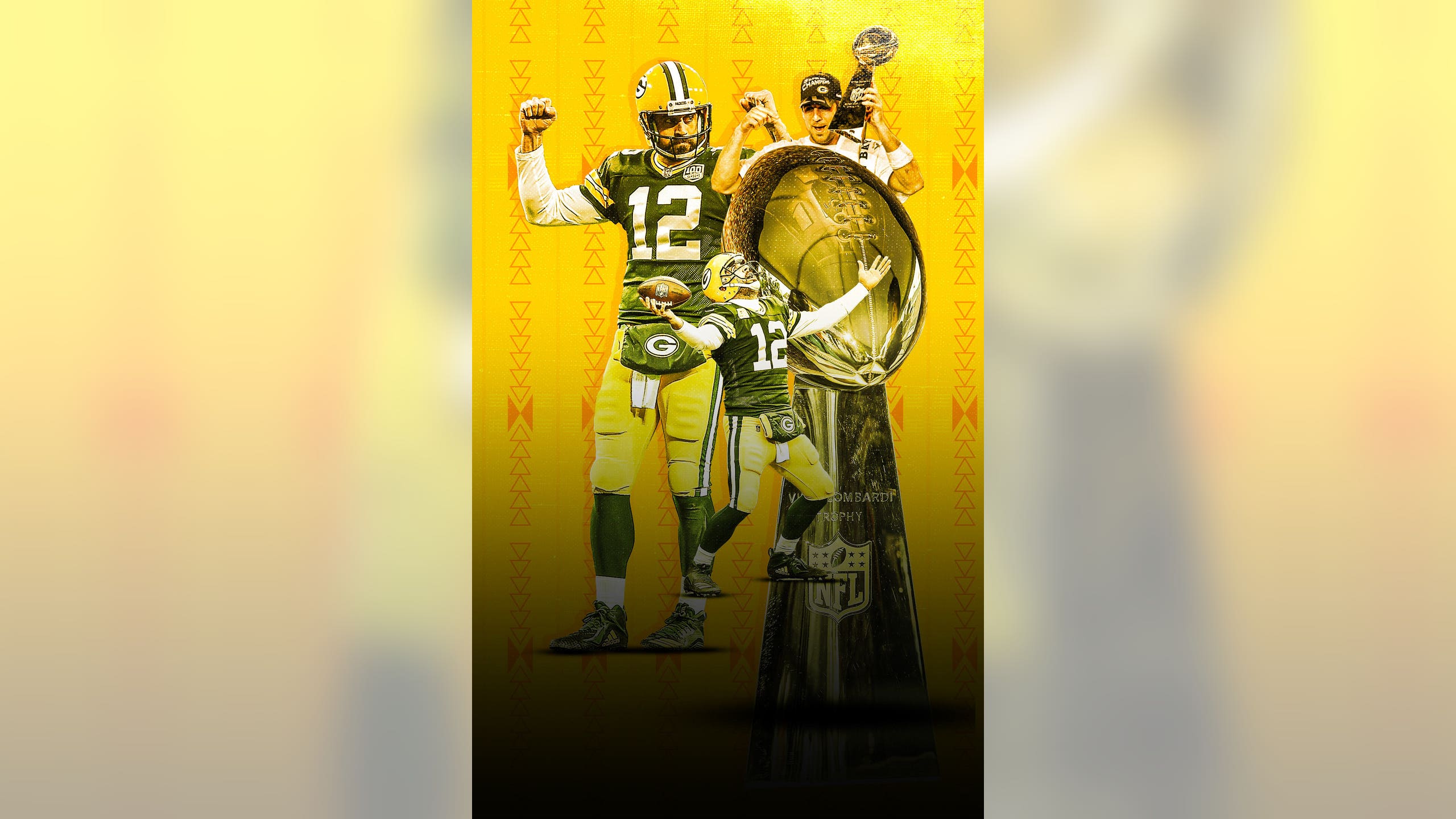 There are a lot of exclusive "clubs" in the NFL ⁠— but the most elusive of them all is the GOAT club.

By and large, only those players with multiple MVP awards and/or Super Bowl stamps on their wrists are granted access.

So when Aaron Rodgers hosts Tom Brady and the Tampa Bay Buccaneers on Sunday (3 p.m. ET on FOX), the Green Bay Packers quarterback stands to bolster his case for admittance.

Rodgers and Brady have locked horns before, most recently in Week 6 of this season.

That game proved to be Rodgers' worst of the season: a 38-10 drubbing that saw Brady throw two touchdowns to Rodgers' two interceptions.

But the playoffs are an entirely different animal, especially with a trip to the Super Bowl on the line.

Both quarterbacks were methodical in their respective divisional-round matchups. Brady threw for 199 yards and two touchdowns to see off the New Orleans Saints, leaning on his defense to harry another legendary quarterback in Drew Brees.

With a 32-18 win against the Los Angeles Rams, Rodgers dispatched the NFL's best defense with his two-touchdown, 296-yard passing performance.

Those triumphs set up Sunday's mouthwatering NFC Championship at Lambeau Field, marking the first time Rodgers will play for the conference title in his home confines.

Considering it will be Brady's 14th conference championship appearance ⁠— more than the totals of 29 franchises since the merger ⁠— the incentive for Rodgers couldn't be more substantial.

On Tuesday's Undisputed, Shannon Sharpe argued that a win against Brady would be a massive step for Rodgers in strengthening his legacy.

The prohibitive favorite to win the NFL's regular-season MVP award, Rodgers could pair that award with a Super Bowl win if the cards all fall in his favor.

He'd still be well behind Brady in Super Bowl wins, a point Sharpe conceded when debating with his counterpart, Skip Bayless.

Said Sharpe: "Now, GOAT status is going to probably take him another Super Bowl. But I believe he's a better quarterback ... Brady is the more accomplished. I believe Rodgers is a better player. That's just me."

However, Bayless threw cold water on the notion that Rodgers is even in the discussion.

"Aaron's played in one championship game in his life, and it was 10 years ago, and he did win it. I'll give ya that. So he's 1-0 ... It is laughable and insulting to Tom Brady that we're even talking about this because think about what this man has just achieved. You could argue it's the greatest achievement of his GOAT career ... He instilled and installed the 'Patriot Way' in 'Tompa Bay.'"

The road past Brady and the Bucs looks to be perilous, but the oddsmakers at FOX Bet have Rodgers & Co. as 3.5-point favorites to represent the NFC in the Super Bowl.

Should Rodgers meet that challenge, either Patrick Mahomes and the Kansas City Chiefs or Josh Allen and the Buffalo Bills will be waiting out of the AFC.

Hey, nobody said getting beyond the velvet ropes at Club GOAT would be easy.

Trade Deshaun Now
Colin Cowherd is always thinking. On Monday, he thought up five reasons the Houston Texans should move off their superstar quarterback.
4 mins ago